I noticed on Adrian's bed, he had lined up a row of his special stuffed animals. Starting with a pillow he made, there are 6 additional homemade stuffed animals I made as well as one homemade by a friend. There, of course, is a cow represented, a bit of John Deere and 4-H. His favorite things. And Audra is big enough for the occasional American Girl Doll play.  She's not big enough that I fully trust keeping the dolls out, but an occasional play, yes.  My mother in law bought Caroline for her for her first Christmas. Samantha was mine when I was a child.  My mother in law brought Felicity for Anna-Kate, so someday she'll join the play. Truly, fantastic gifts. We've read the Caroline, Samantha and Felicity series (among many others) and we are a fan of their historical fiction. 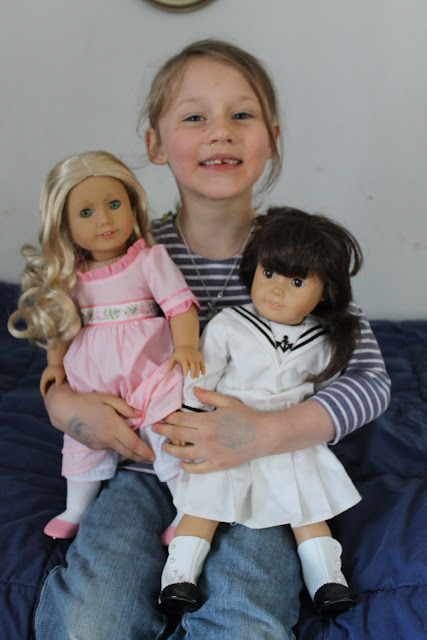 And what's Anna-Kate playing with? Mostly choking hazards.  Despite constant efforts to childproof, she finds something to pop in her mouth all too often. 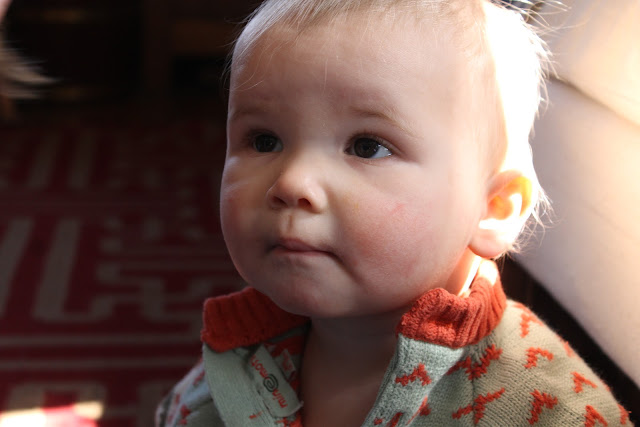