We ended up with 2 pirate parties on two different days in September, with a total of 93 pirate looters! It was set up that everything was conducted in a circle with separate appointments, so most who did the hunt didn't even see anyone else. It feels especially rewarding to have created a safe and successful celebration for our community during this time.

In case you couldn't come, here's the recap.

You arrived at the house with the pirate flag. ARRGH! 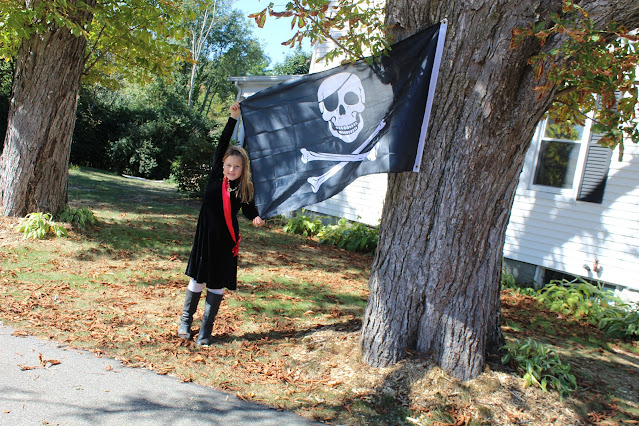 Pirates were on their own in locating the start of the search. 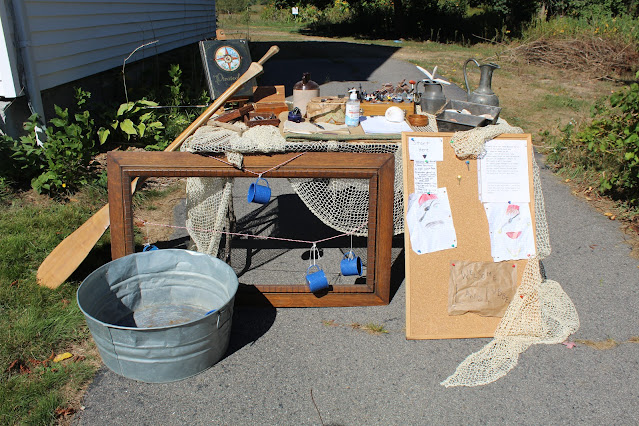 At the table folks found the guest book, hand sanitizer, a donation jar (THANK YOU, $188 for Another Chance Animal Rescue...that post is for another day) a map and the directions to start the adventure. 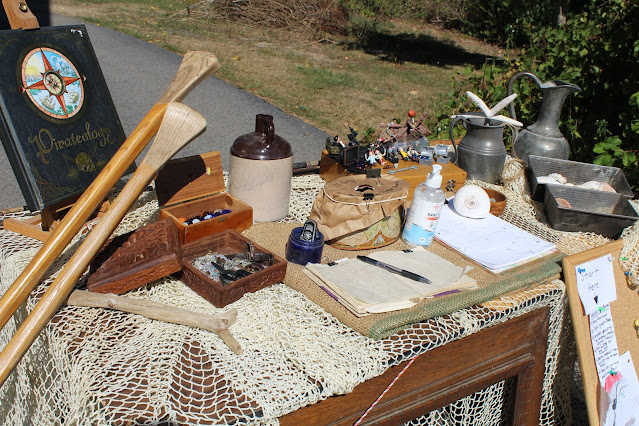 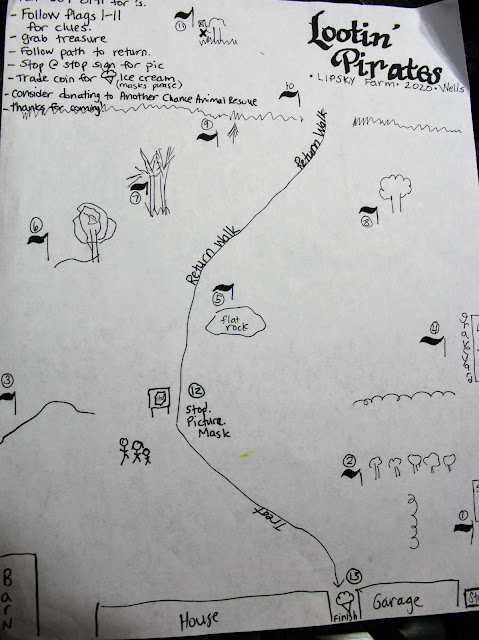 Each post had a flag with a story on it, including directions of what you had to do. 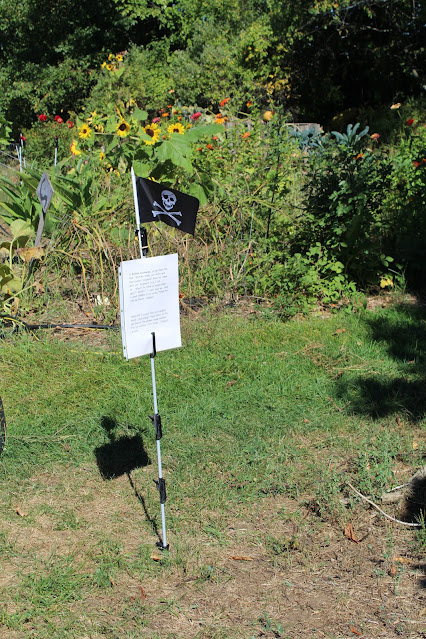 Looters progressed through 11 flags. Once they found the treasure, they opened it to find a temporary tattoo a gold doubloon.  Kids were instructed to run back to turn it in for some cream o' the ice.

The captain and the first mate (who is the captain anyway?!) stopped the hornswogglers for a family pic behind the "Stinky Lootin' Pirate" sign.  Looters were subjected to lousy jokes and sub par skits between the captain and her mate.  (Who is the captain?!). Looters could either keep their doubloon or turn it in for cream o' the ice.  No one kept their gold. 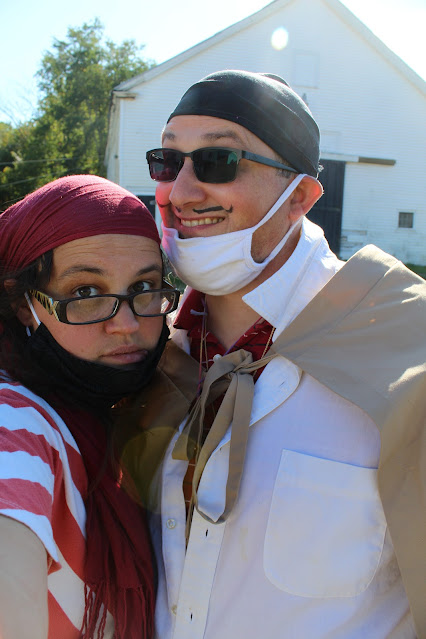 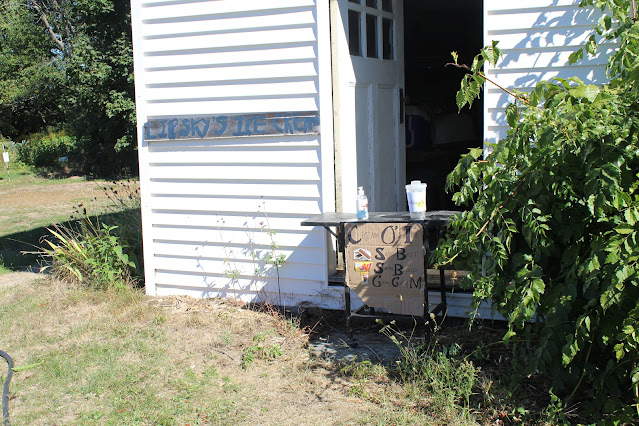 The rotten crew who worked the stand. 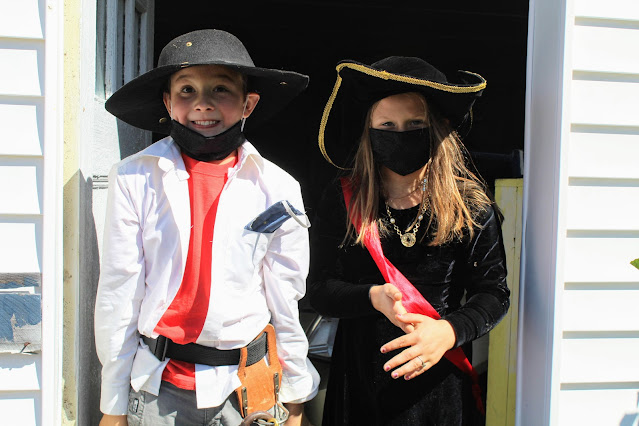 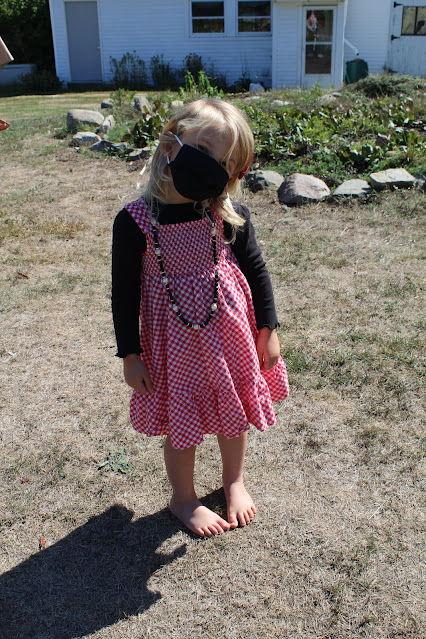 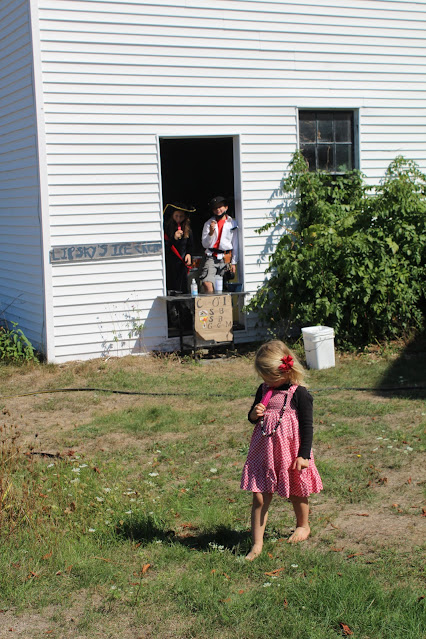 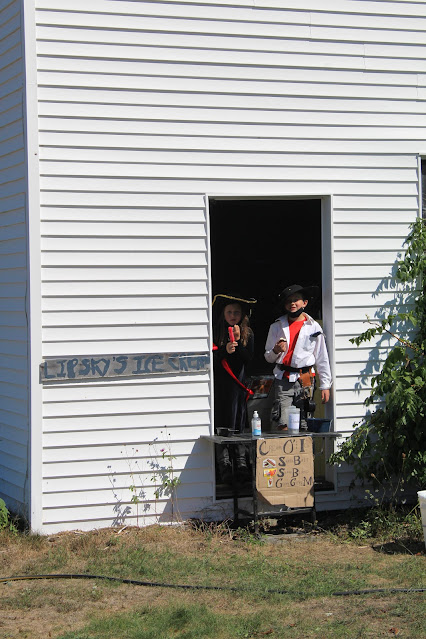 We lucked out with two great days!  Two weeks of planning and I think the kids would say it was worth it. I think they'll always remember this year's party. Not our regular country kids party, but we managed to have something fun.
As an added surprise, our last pirates hid treasure for our kids. They were so thrilled to have a chance to go lootin' too. (Thank you!) 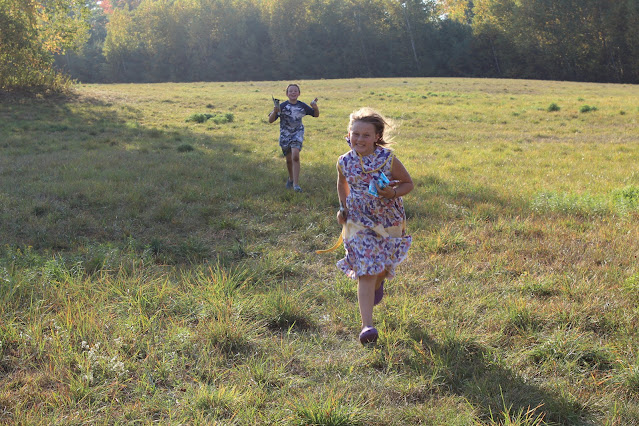