I tell you, it's been such an amazing journey thus far parenting this little girl. I have learned so much from her already, even though she's only 2 1/2. 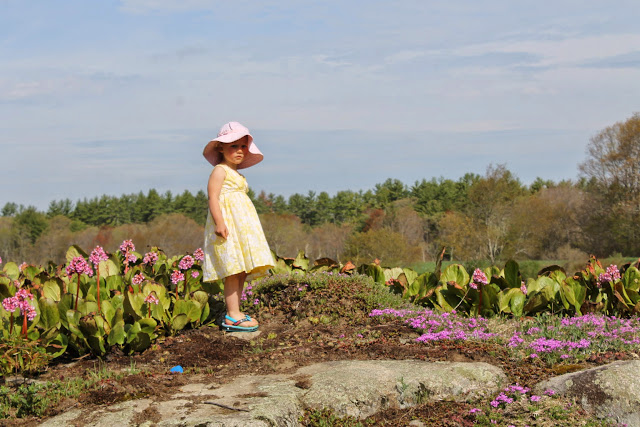 My son is 110% a miniature version of me. Work is his play and he goes-goes-goes during each moment of his awake time until he crashes. Then he wakes up and starts it all over again. Sound familiar?  He's a mini me in his personality, without doubt.

Muss Audra is entirely different. She's so much of what I'm not and what I want to be. She goes at her own pace. She balances "work" and play. Sure, she loves doing projects, but she also changes course and just spends time snuggling with the cats or watching a bug.  She's always content with what she has. She never needs new things. A tiny scrap of paper and a random pencil make her just as happy as a new package. She'll gladly read the same book for weeks on end. She would peacefully wear the same three items of clothing until they were in tatters. She also cares for others first, animals or people. She'll stop what she's doing to brush a strand of hair out of my face, to hug a chicken or to feed the cats.  She also knows exactly what she wants and isn't afraid to ask for it. (Frequently that is being in the gray carrier, close to mama lately...nice to have those snuggles.) Sometimes she will just pace back and forth in the yard, singing and swinging her hands. She's carefree, lives in the moment and is always happy. She's so much of what I want to be. 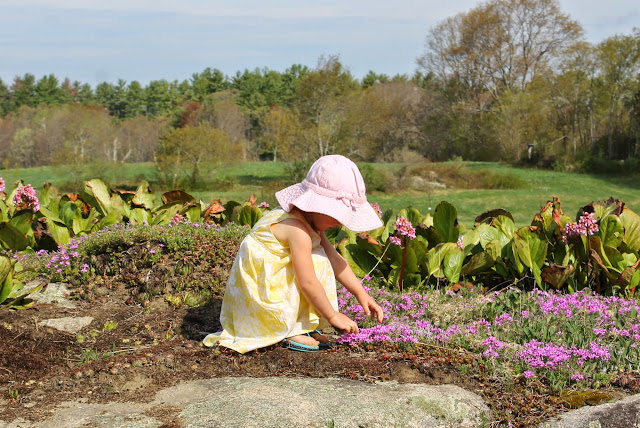 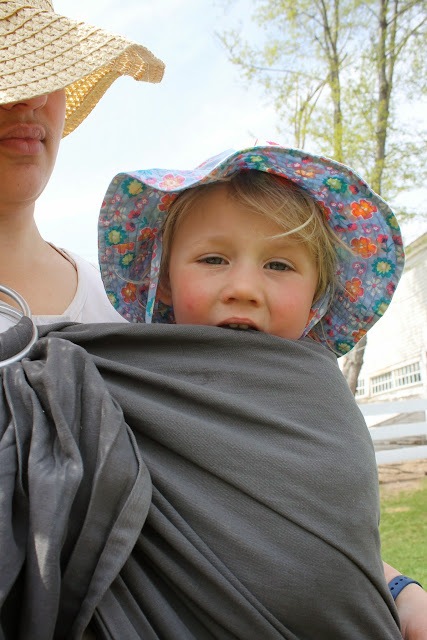 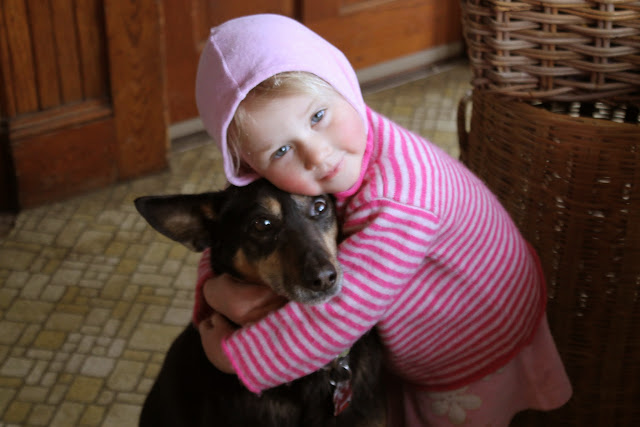 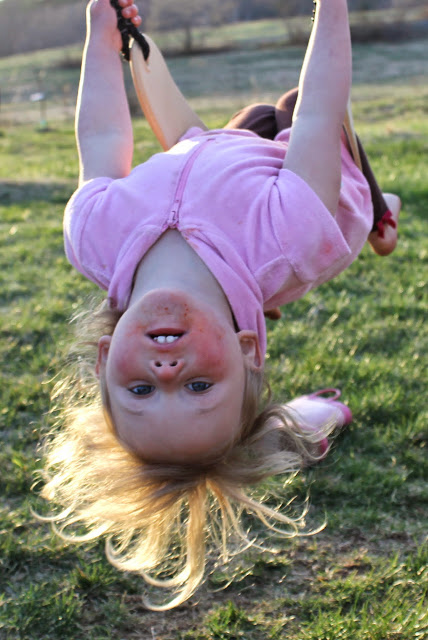 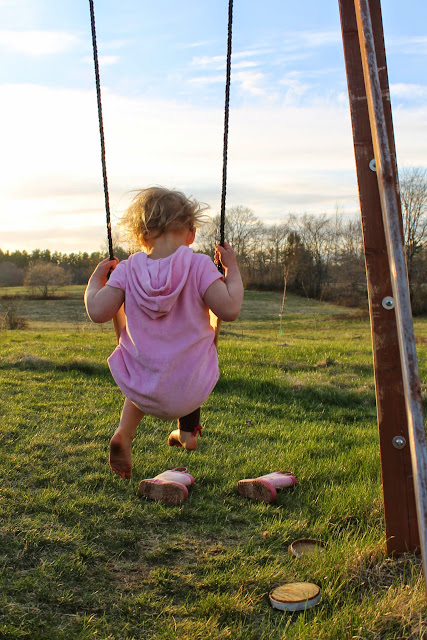 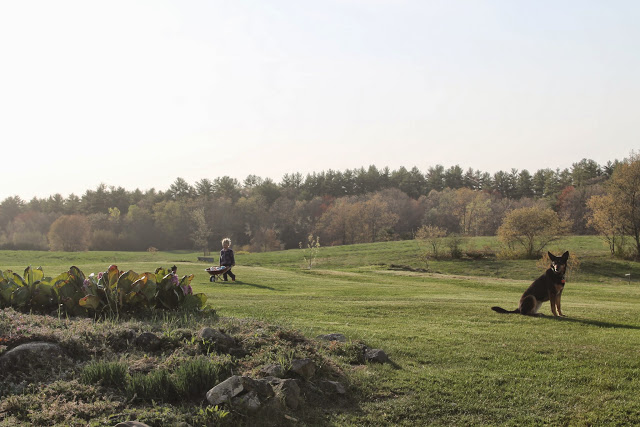 It's because of her we even veer to the swings. 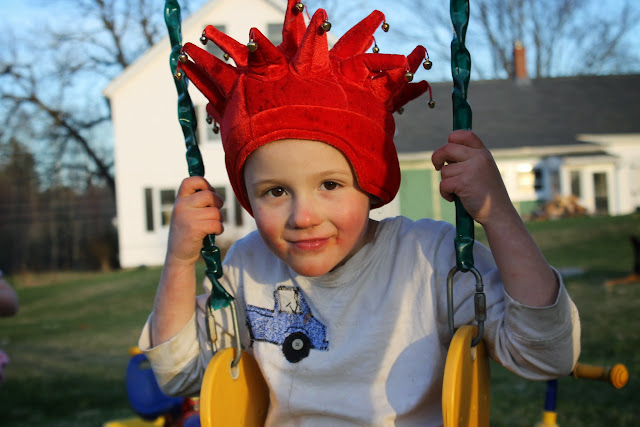 And when we do, we really enjoy the marvelous sunsets in the backyard. 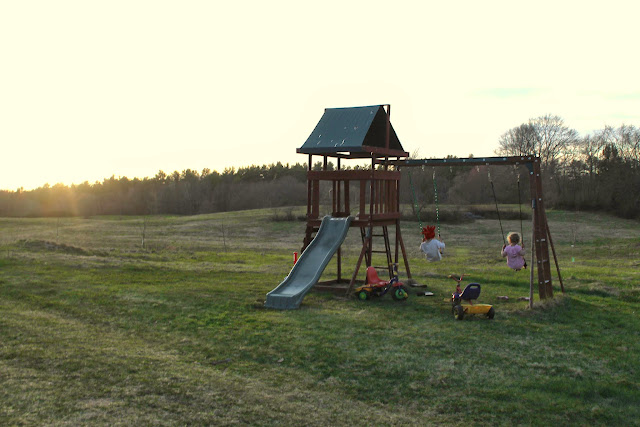 It's because of her that he tries things other than farming. 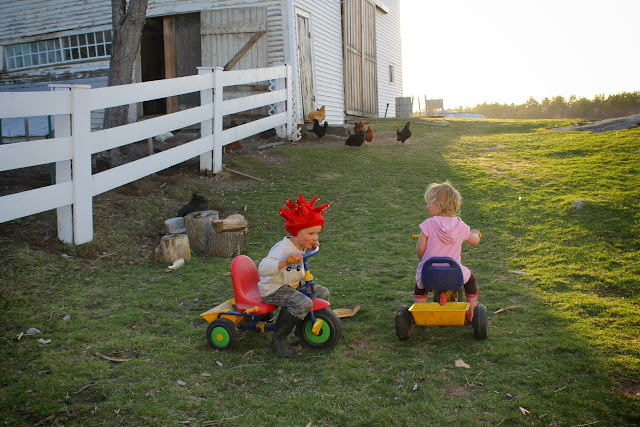 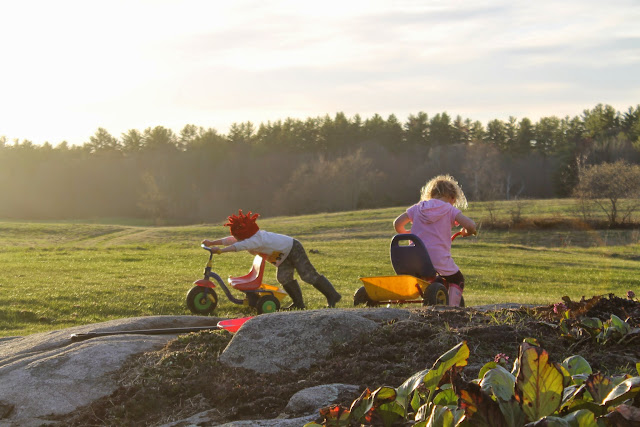 It's because of her that we take a break to be silly. 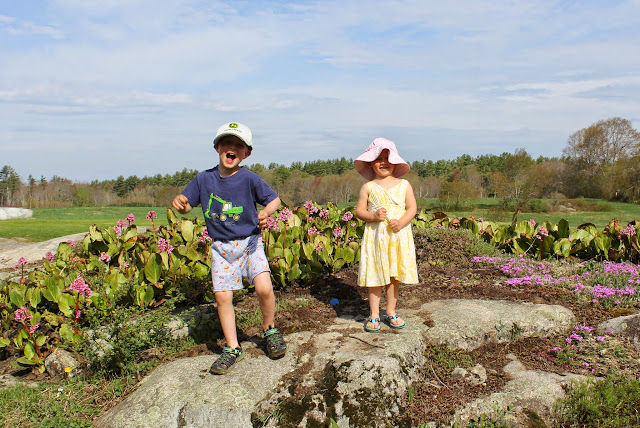 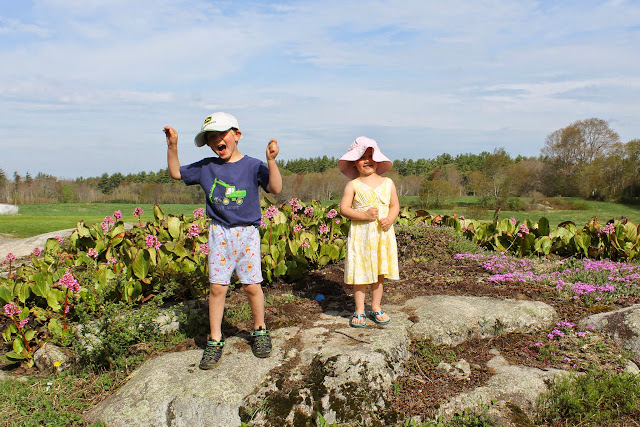 It's amazing that a little 2 1/2 year old has already taught me so much about the good things in life. She's also the very best example of how to really enjoy each day.  Everyone could use an Audra in their lives. It's one way to make the happy in your life even happier. 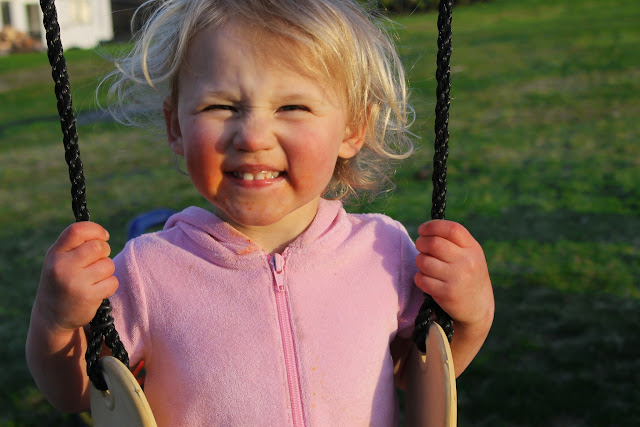