This summer, when I was at camp with the littles, my husband was home with the garden.  He said 'What should I do with all the tomatoes?'  I told him to toss them in the freezer.  Which he did, literally.  I have a ton of grocery store bags brimming with whole tomatoes. 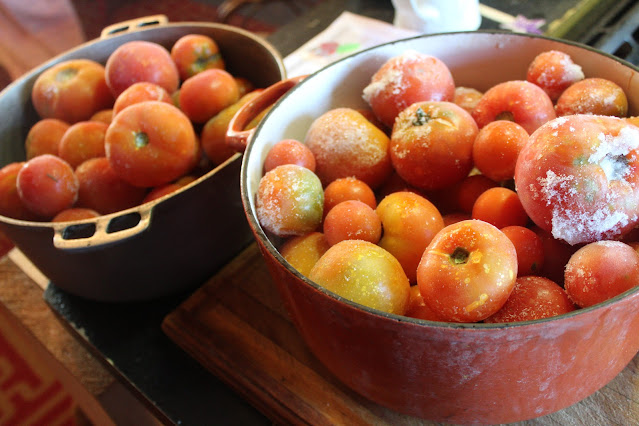 While it would be a million times easier if he would have taken the core out ahead of time, freezing is a very easy way to take the skins off. I'm going to try to cook a bag down to sauce once a week on the woodstove for a bit.  In this picture below was just ONE bag of the several I have.   Nothing like summer tomatoes when there's snow on the ground!  Eggplant parm was today, with our summer tomatoes. 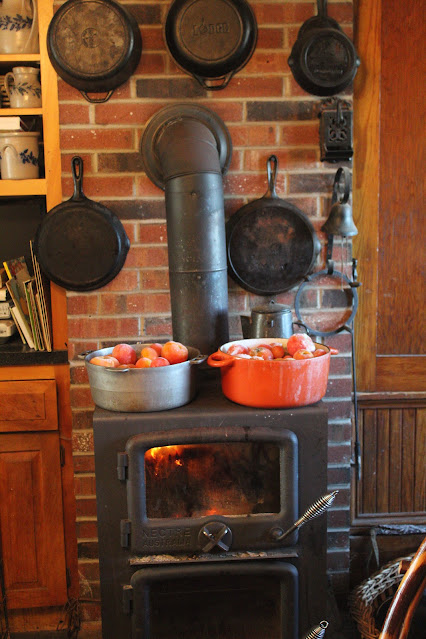