He's got style.  Already.  And it doesn't always coincide with his mama's taste.  Independence. Sigh.

The first love is hats.  Always needs a hat.  Even inside.  Even in the middle of the night.  If you have a hat, he needs your hat too...and he's determined to sign 'hat' until he gets it.

The next love is boots.  Around the house especially.  He wakes up, searches for the pair of his preference, points and signs his version of 'help' and 'please' over and over again, until those boots are on his feet.  He loves his frog boots the best.  For the first couple of days after he got them, he'd ask for his frog boots to be on, and then he'd just sit there, admiring them.  He didn't want to walk around in them at all at first.  After he did start walking in them, it was dangerous, because he tried to walk and look only at those frog boots (coincidentally ignoring whatever obstacle stood in his course). 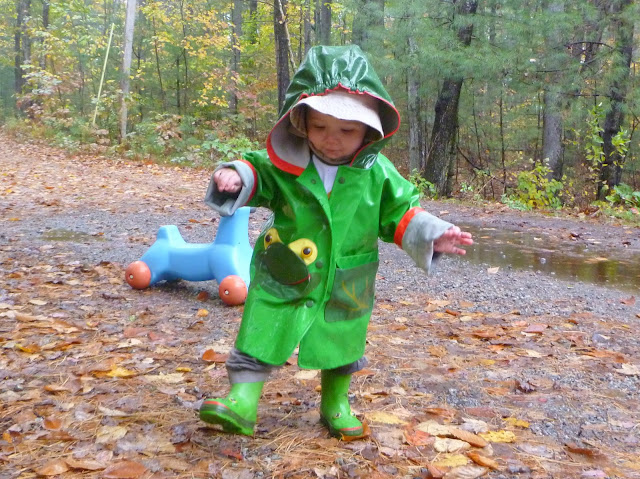 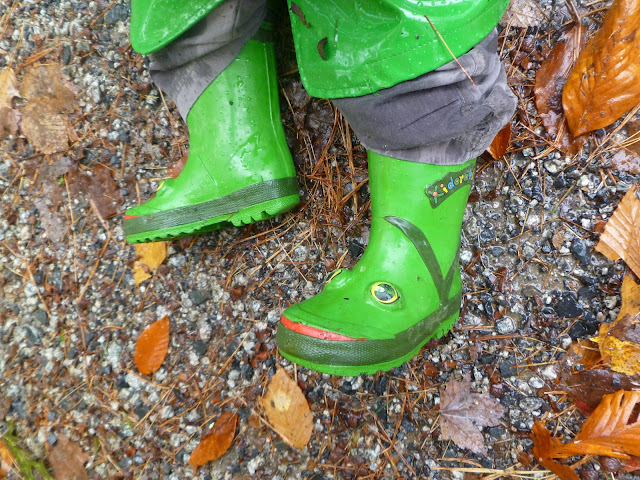 A
And then there's the hates.  Diapers.  He loathes diapers.  He'd prefer to go around everywhere in just underwear only, no pants.  Underwear that's a tad big and a bit saggy, for underwear in his size doesn't come easy.  Since he's doing awesome with the potty (signing 'help' when he needs to go...so cute), we let him sport his odd attire at home. 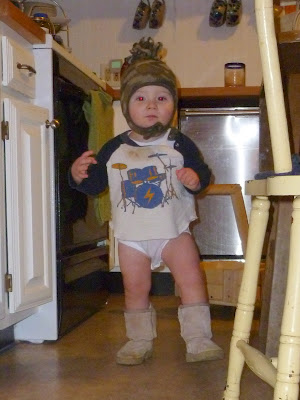 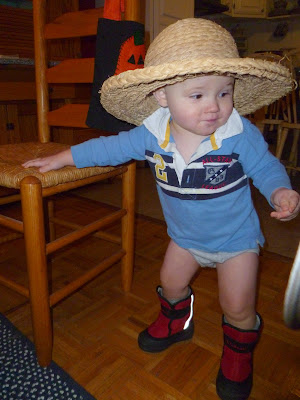 Because who can resist a kid who just really wants to show off his awesome boots? 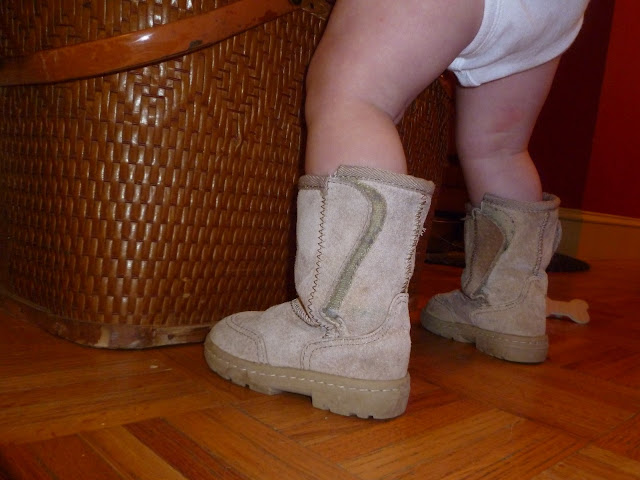