My husband loves this recipe, it's another Jackie original.  It's not fall without apple crisp.  Before him, I mostly made pies, as that's my dad's favorite.  Although my husband likes pies, he looooves apple crisp.  He likes a lot of crisp too.  I add some good stuff to this recipe so it's not all junk that he's eating.   But don't tell him that...he might eat more. 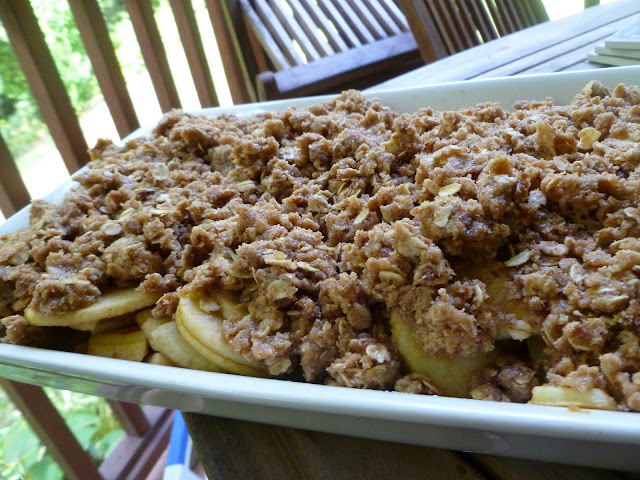 Bake 350 for 35-40 minutes.  Justin loves it with homemade ice cream or freshly made whipped cream.