He came downstairs to find this display.  He knew it was "Birthday Time".  He was pumped.  Until I made him wait until after breakfast to put the shirt on.  That was a bit of a tantrum. 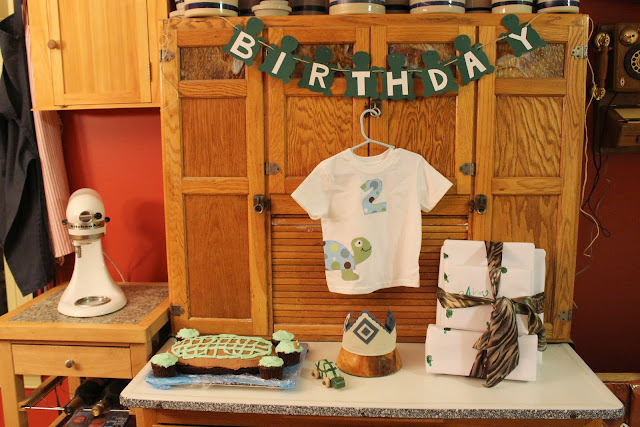 But he was super, super thrilled to sport his birthday crown and turtle shirt. 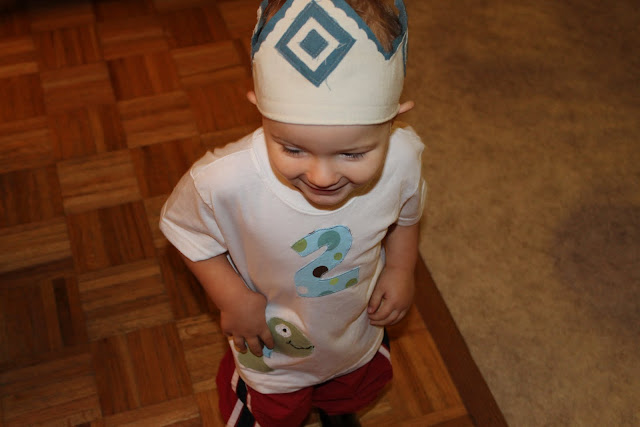 Which of course inspires a dance party.  A Wiggly Party is what he said. 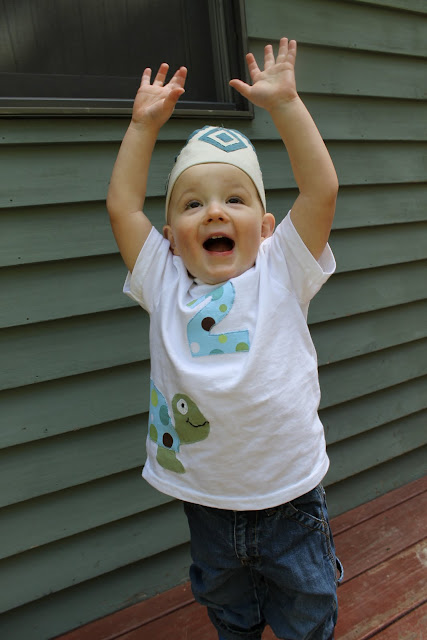 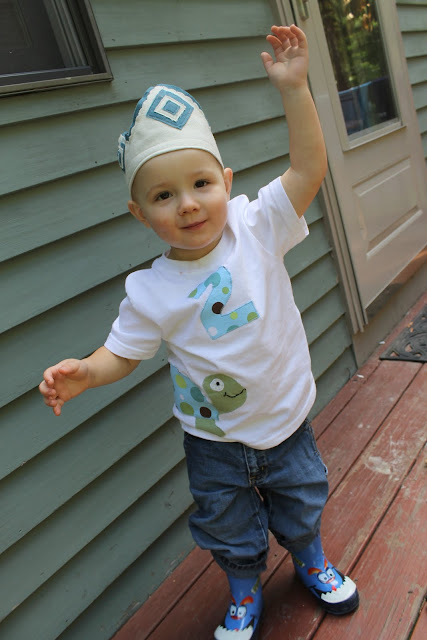 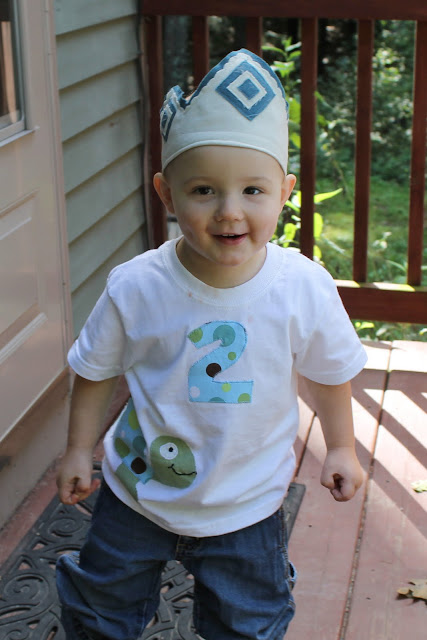 He rode around on mama until everyone got here. 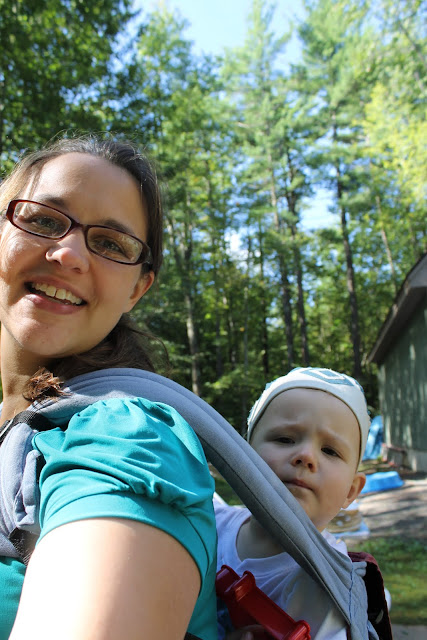 He was super excited for the clan to arrive. 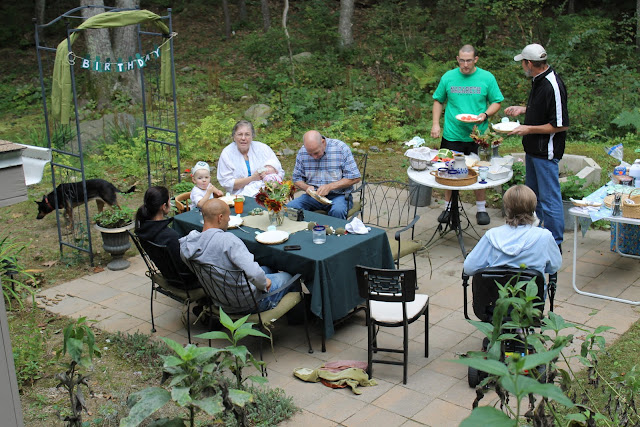 He was excited to discover all the "turtle" stuff mama made for his turtle party. (I'll blog about what I made all week.) 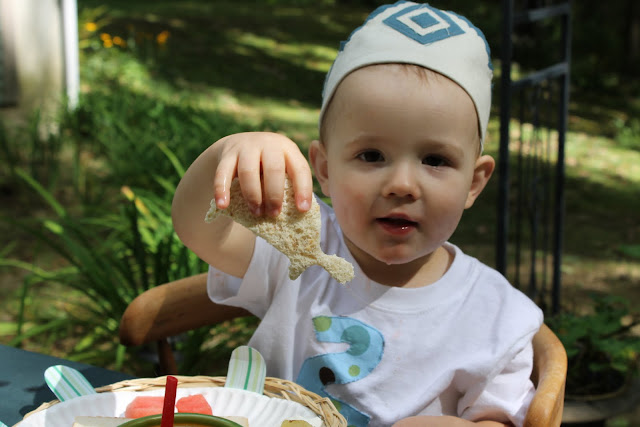 But then a little sad when he ate the turtle's head. 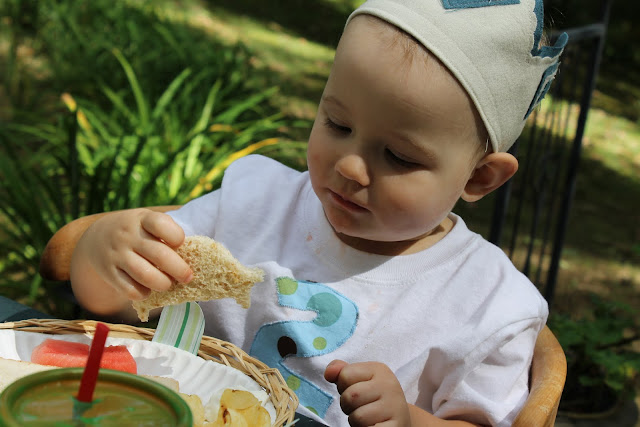 He would answer "two" when asked how old he was.  But he's only able to get 1 finger up at a time. 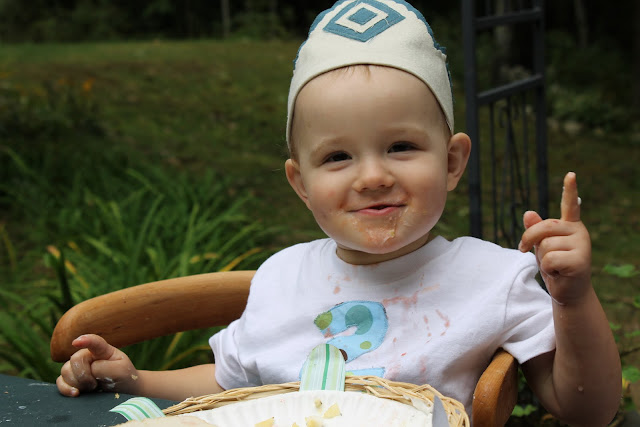 He did lots of giggling. 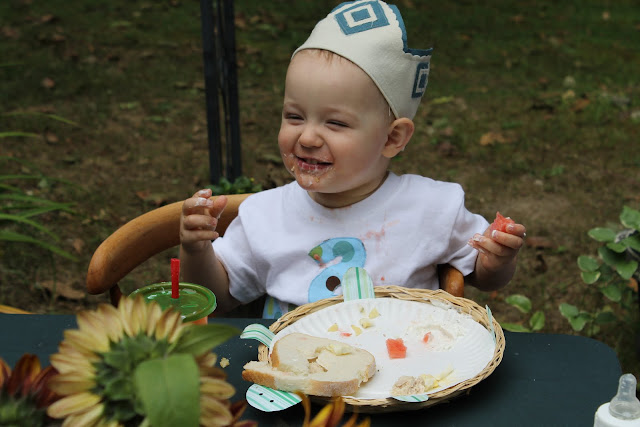 When the cake came, he was excited. 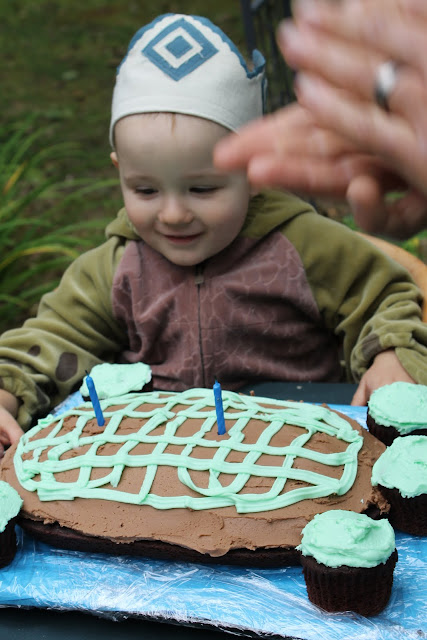 And he helped himself before we were done singing. 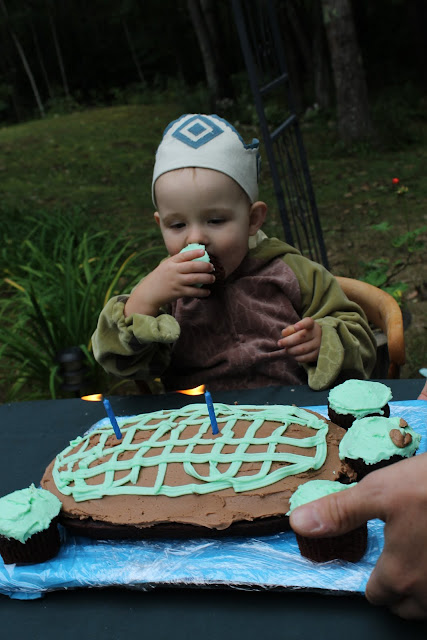 He got his chocolate cake.  And loved his turtle plates. 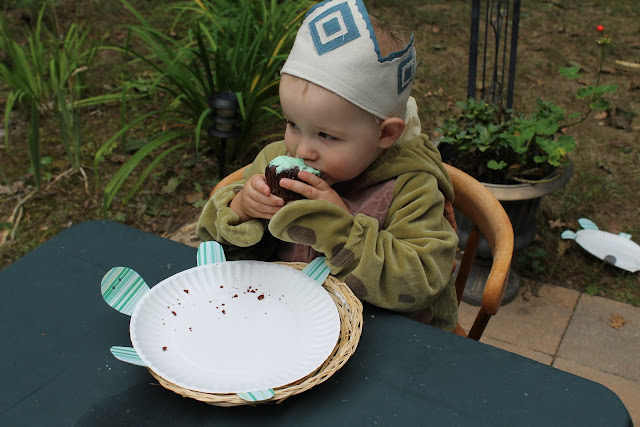 He educated his sister about parties. 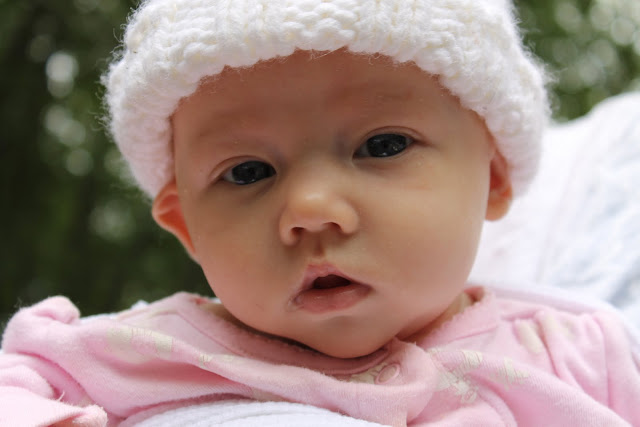 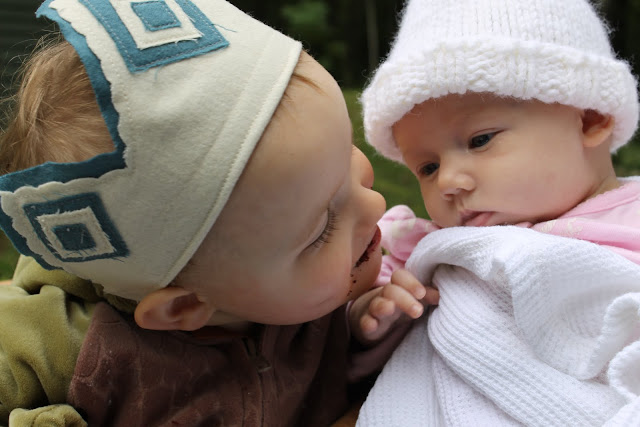 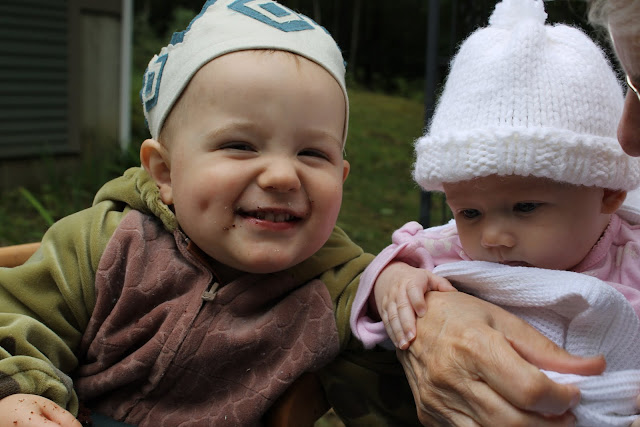 We'd still be opening presents today if he wasn't urged on.  He liked to open them by ripping off pieces inch by inch. 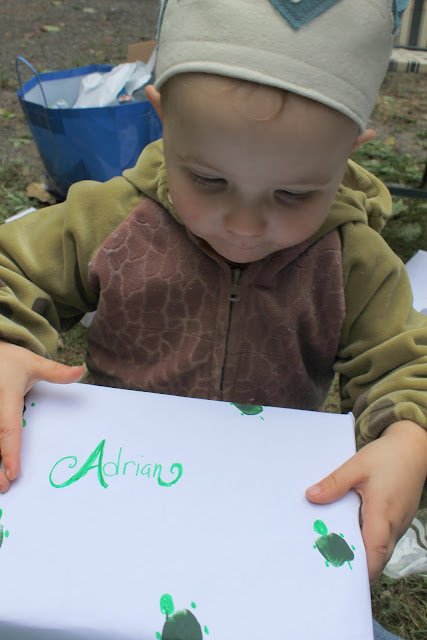 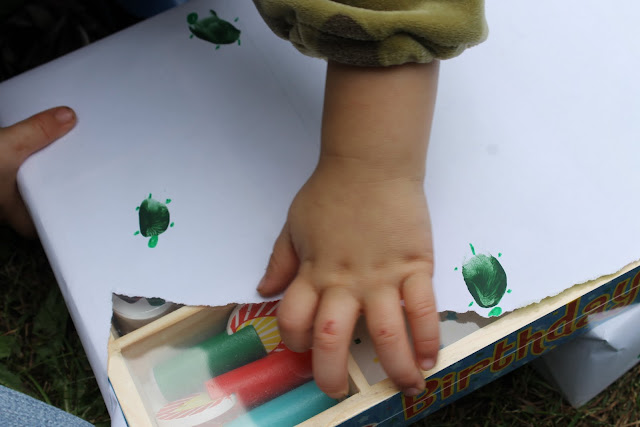 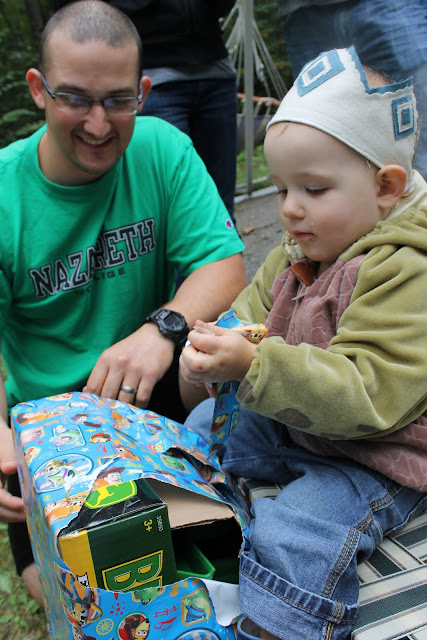 He's a big fan of his loader tractor. It's a John Deere, you see. 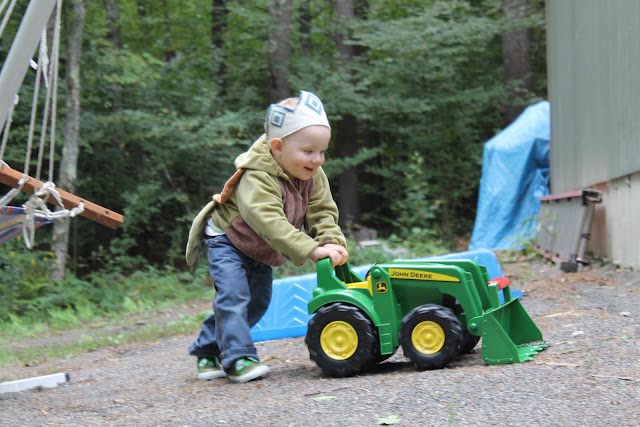 And he won't take off these frog shoes without a tantrum. 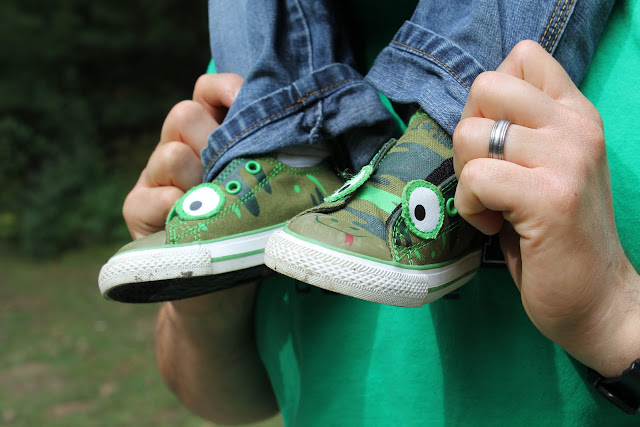 He was so tuckered out by the end of the day. 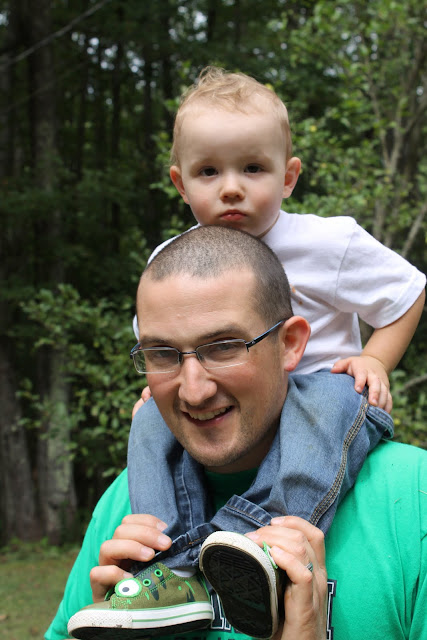 What a difference a year makes.  Here's last year's party.  I can't wait to see what this year has in store for us!

Family times are the best of times. 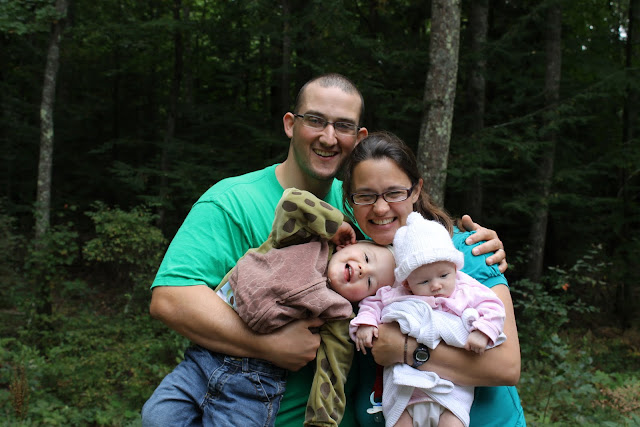 Keep checking in the rest of the week for some party details. :)