We had a cold snap that turned into a warm snap.  This Maine weather confuses me so. I know I'm not alone in that.

Well, I had one too many days that I was unthawing a rabbit water bottle. Not my fave chore.  When that happens more than one day in a row, I know that's the time when Hop moves inside.

Not sure if he would rather be in the  cold barn (where we let him out and he hops around the bales of hay) or inside (where it's warm, with constant noise and affection and he gets fed no less than 8 times a day).

He's in the kitchen for now, but we likely will move in his larger cage and place him in the living room soon.

Even though the weather is ever changing, just having him inside makes it feel like the seasons have indeed changed.

Oh...and Audra's nose? That's ink. She had a little itch on her nose after she thought she'd forgo the stamps and make fingerprints instead.  At the library nevertheless. 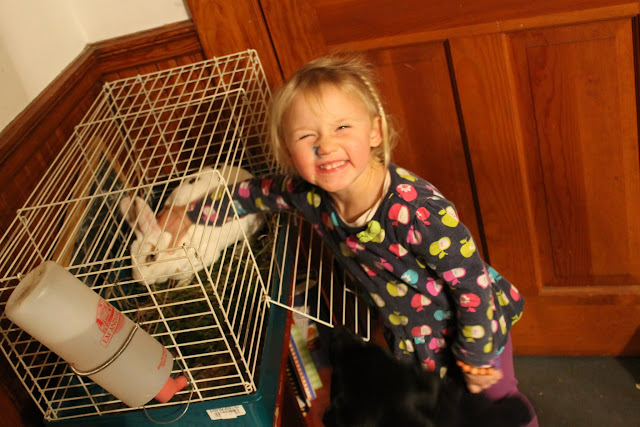 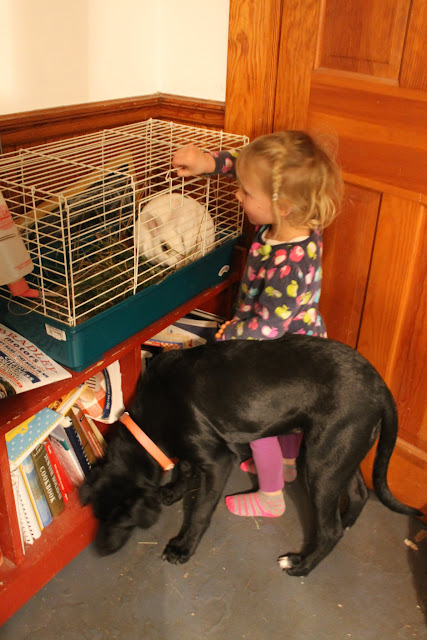