Onto the final update.

It is so crazy that this garden looked like this August 8th. 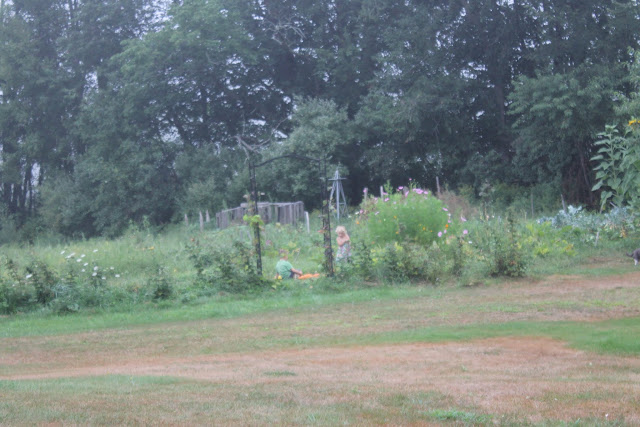 And now, slipping into the Maine tundra time, it looks a bit more barren. 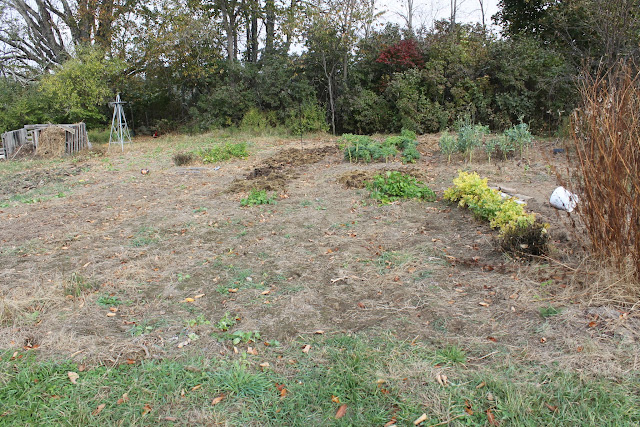 Every couple of days, I've been adding another wheelbarrow of manure to it.  Plus I let the cows out there to graze. 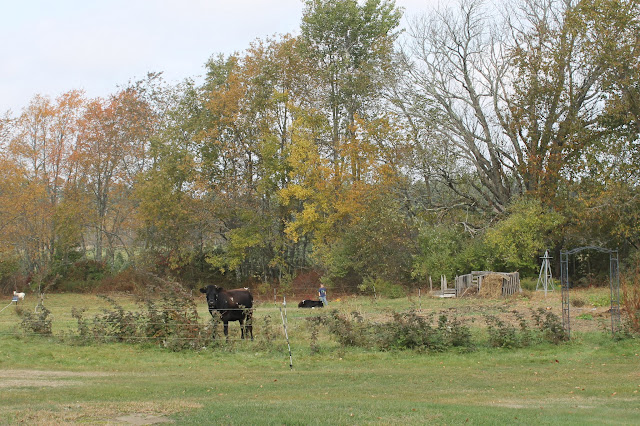 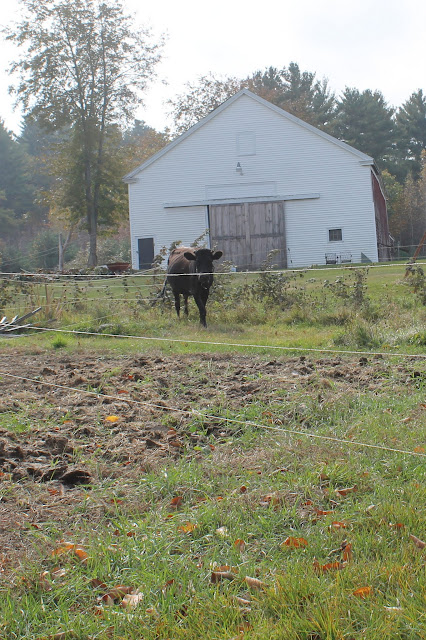 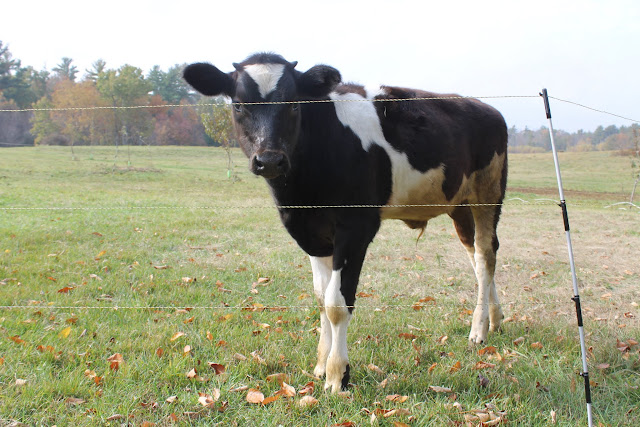 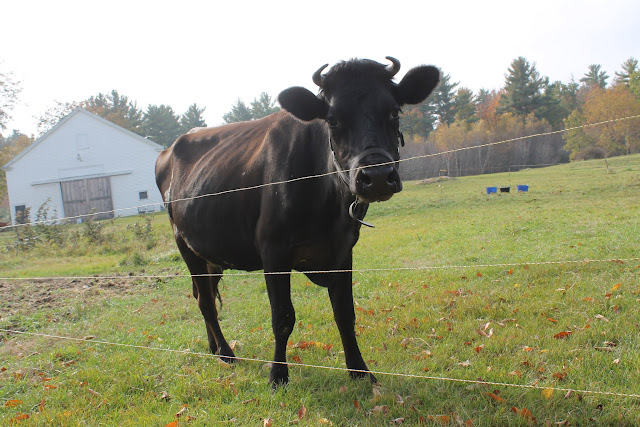 No gardening year is without it's share of headaches/trials, but all in all, it was a pretty good year.  Last year with the junky soil and not dedicating too much time, I stopped weighing the produce when fall hit, at 250 pounds.

This year, after 7 truckloads of horse manure and four truckloads of grass clippings as mulch, I more than doubled the yield.  I stopped counting at 700 pounds.  That's 700 pounds of food that I have brought from the garden to my kitchen for preserving/canning/consuming.  Might not seem like a lot to some folks, but it is a celebration to me.  I'm a day job working, farming, hand milking, homeschooling mom of two and I managed to grow (mostly from seed!) 700 pounds of food that directly feeds my family.  Feels a bit victorious.

Still growing out there are collard greens, a whole bunch of volunteer plants. 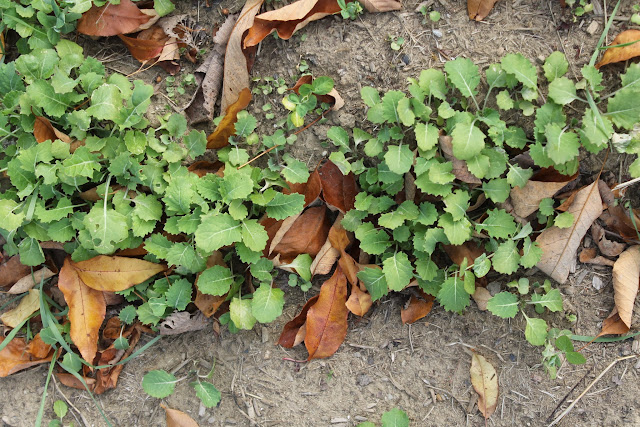 Plus volunteer peas.  Probably won't end up with any peas before the snow, but it's fun watching something grow out there. 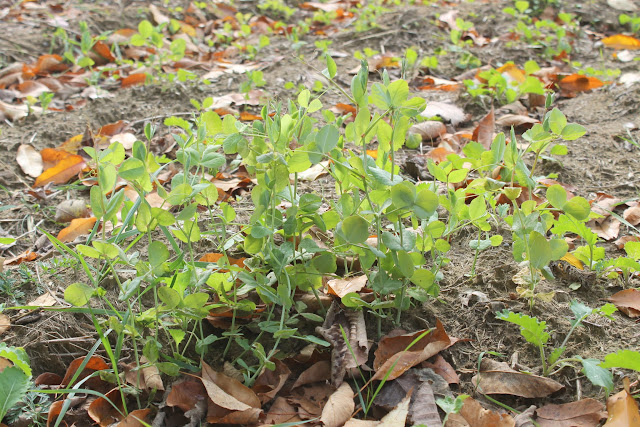 Plus lots of kale. And parsnips. I love parsnips. Brussel Sprouts too. 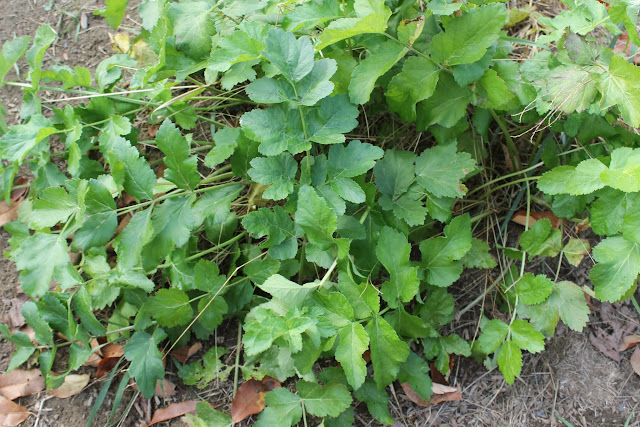 Most things have been pulled. It's crazy that the compost on the left looked exactly like the one on the right last year. That whole pile broke down to just that much soil.  Pretty remarkable, isn't it.

Oh, and there's Zip. He seems to be doing AOK. I love his company in the garden. 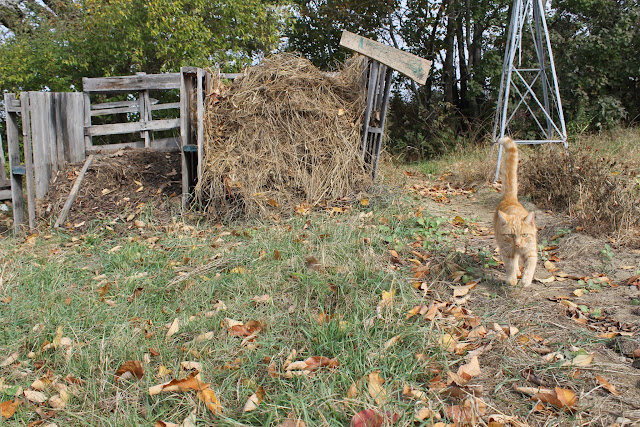 Another project is the hedge. I want to clear it back so I can put a permanent fence along the line.  There's years of growth. The goats are helping.  not sure if I'll ever get there, but I'm trying! 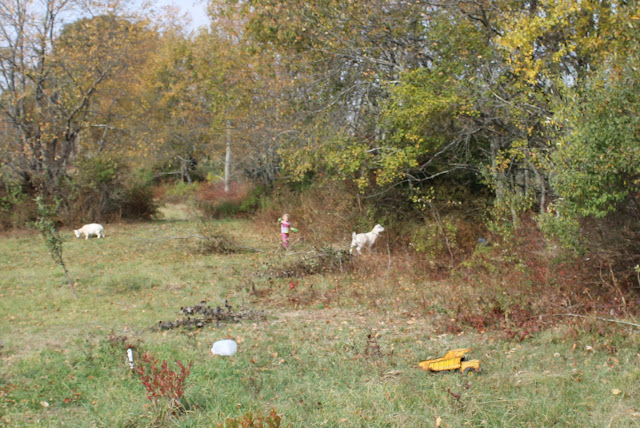 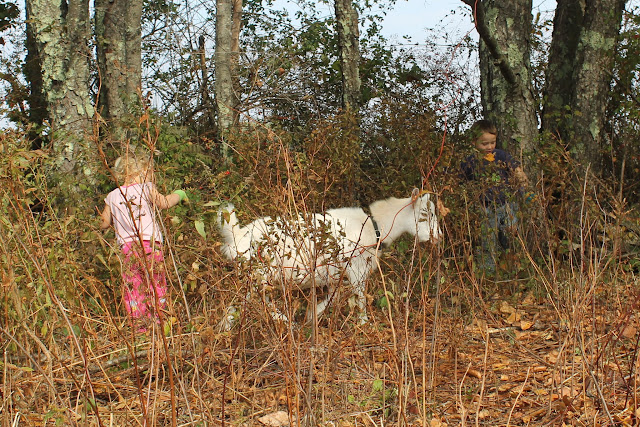 Between the orchard and the brambles and blueberries and the garden, it's fun to dream about what this space will look like in the next 5-10-30 years. 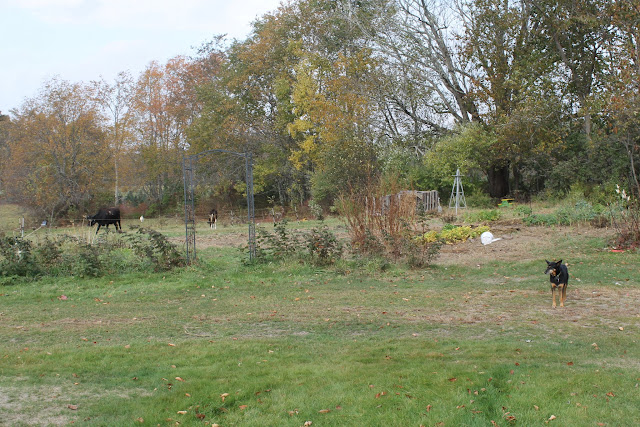