The kids have been generating their own good ideas lately.

Adrian decided to make the jam filled cookies, in tractor form, true to his soul. Found the recipe in one of my magazines. They're stuffed with raspberry rhubarb jam...with the jam we made from our own raspberries and rhubarb. (Fun tidbit, he's wearing the vest I made him). 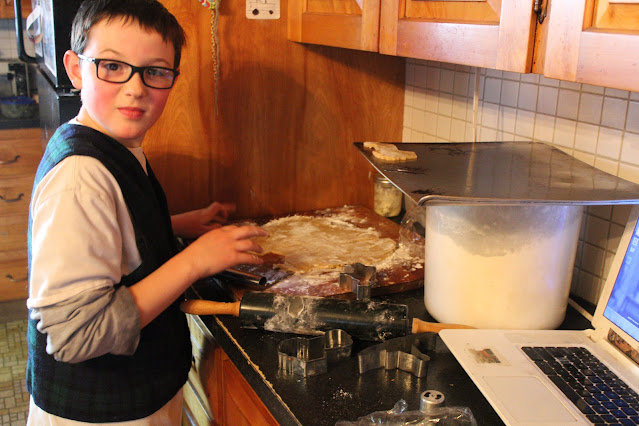 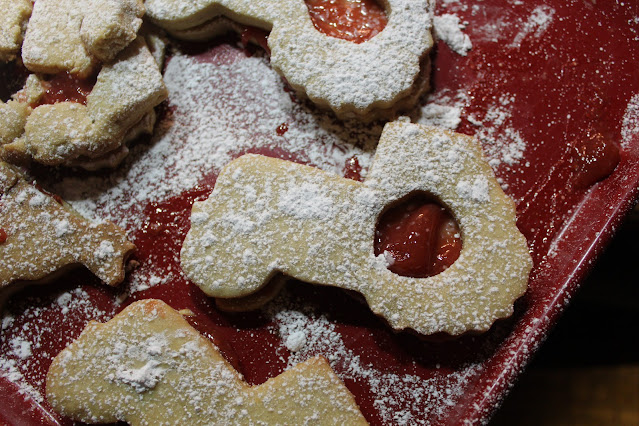 Audra found a recipe for Johnny Cakes from a cookbook with recipe reproductions from the American Revolution. (Fun tidbit, she's wearing the upcycled sweatervest I made and the pjs I made). 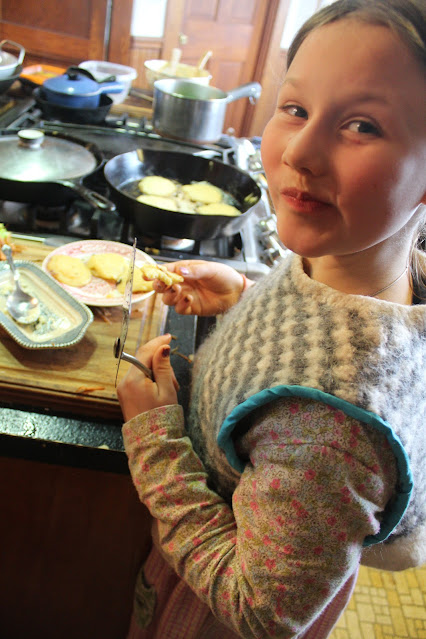 I've been giving Anna-Kate starters and she's been finishing the job.  (Bottom pic she is wearing PJs I made.)
Here I drew the cat ears and she finished the picture. 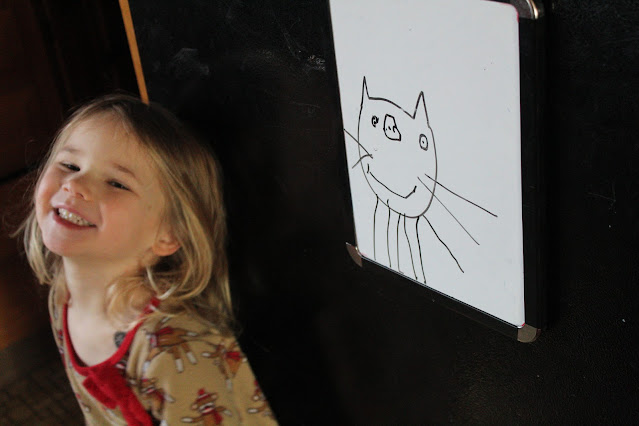 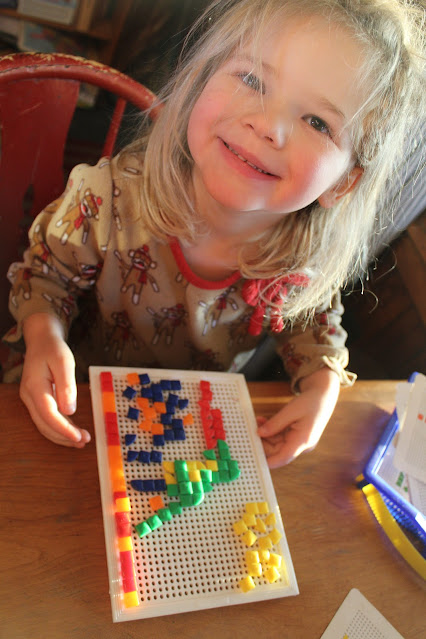 This one I did the dino head and she did the body, tail, a sun, fire breath, pancake and blueberry snacks, the ground and poop coming out of his butt. 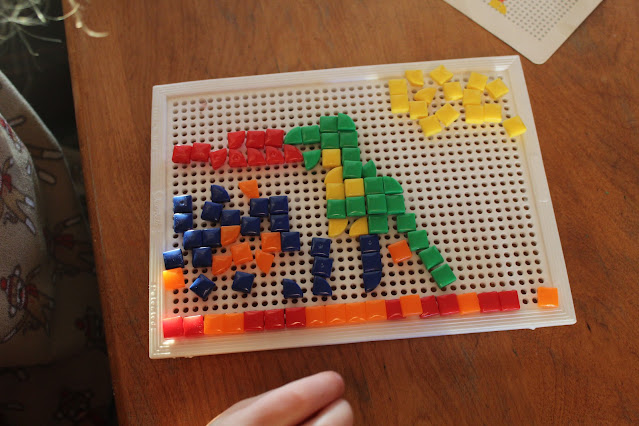 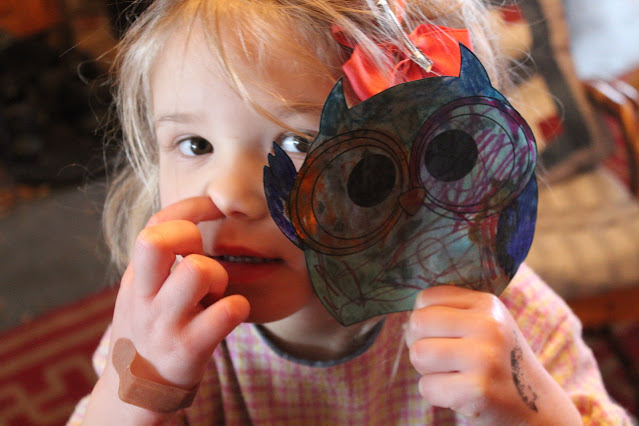 As for me, I have some sewing projects finished and in need of photos. More hobbies will be coming!