Below is a partial picture of some of what I pulled in before the frost in October.  Now that it's December, what's still fresh?

This is the biggest supply of green cherry tomatoes I have ever pulled in. I have the succession of pictures of what ripens each week from October until now.  The don't look as pretty or as colorful as they once did, but we still have a regular supply of fresh tomatoes and may until Christmas!!!  I just used the last fresh zucchini last week. I still have quite a few peppers that are starting to get soft.  I also have more squash and lots of pumpkins still fresh.  I want to invest in some winter apples so at some point so I'll have a steady supply of winter apples for over winter.  My lettuces in the window are past peak, perhaps I'll plant some more. Last year I did some grow lights with the greens over winter which worked, but were slow growing.

I also have things canned, frozen and dried, which I'm thankful for. I am aiming to figure out how to keep fresh going as long as possible. 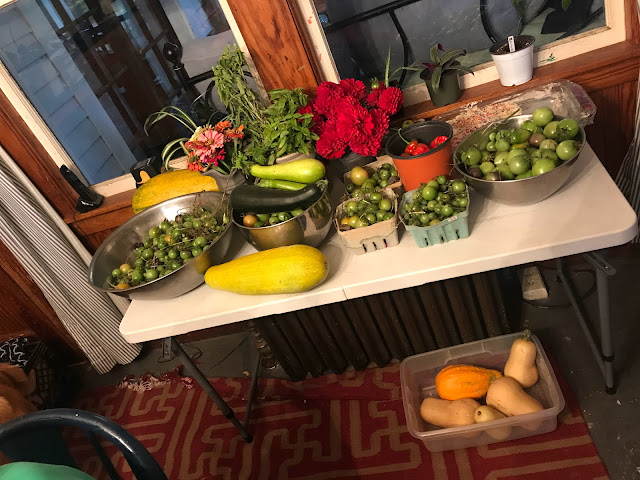 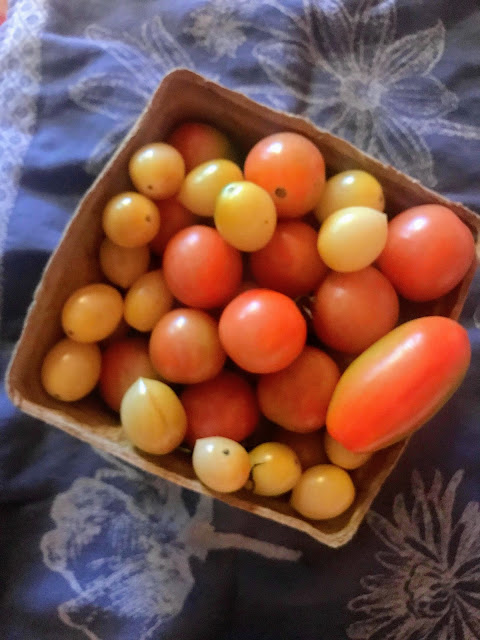 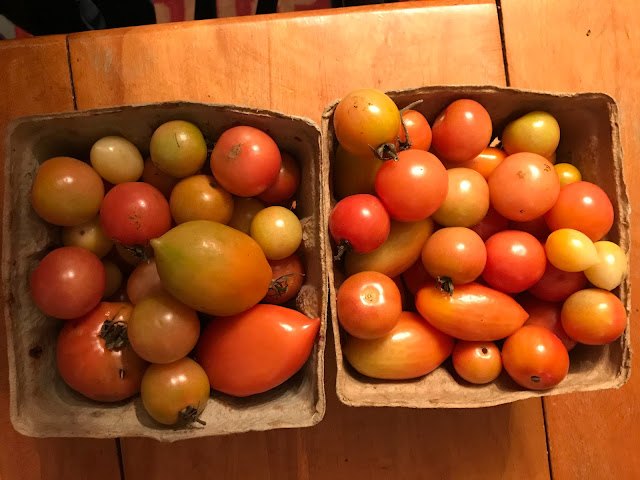 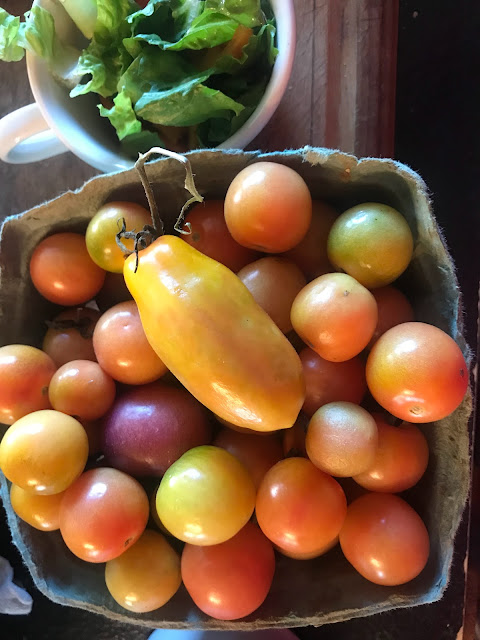 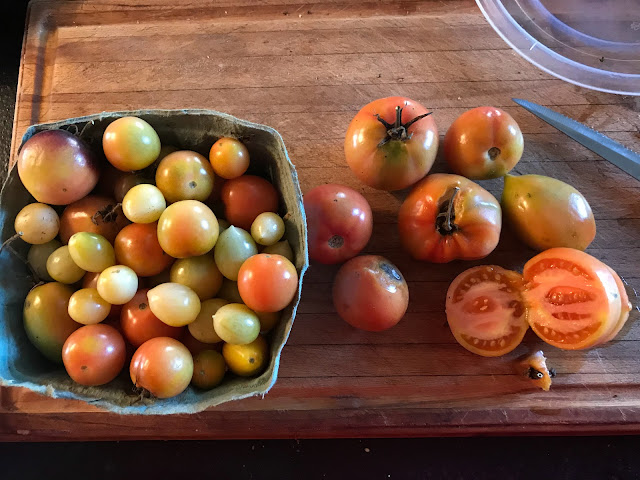 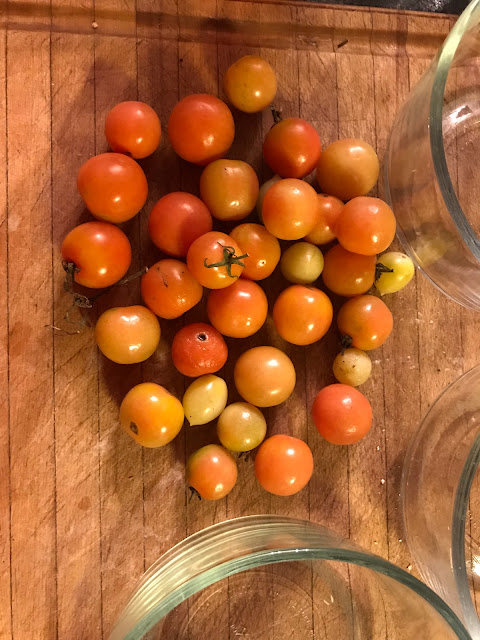 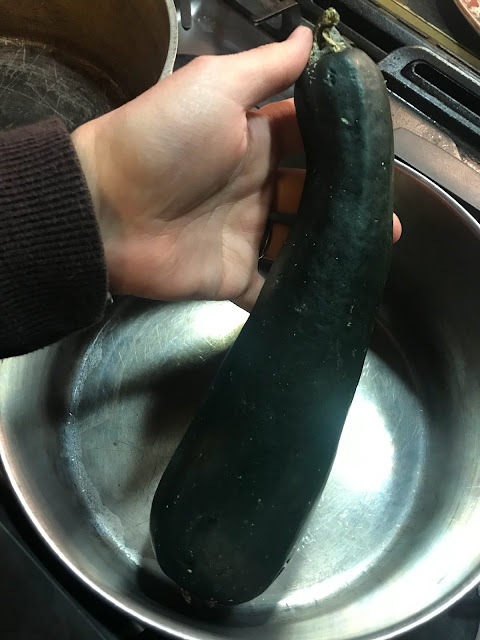