There's something about rhubarb that creates a bit of nostalgia.  What?  Rhubarb and nostalgia in a sentence together?  That's odd.  For me, harvesting rhubarb commences the summer.  And has from an early age. 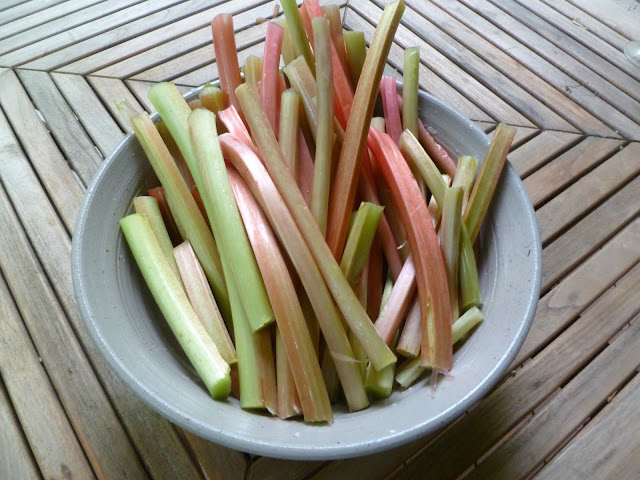 At the farmhouse I grew up on, my mom used to give us a measuring cup (because it was easy for tiny fingers to hold) with a tablespoon or two of sugar in the bottom.  My little brother and I used to sit on the rickety picnic table that was in dire need of a coat of paint, with our measuring cups and rhubarb in hand.  Although coated with sugar, the first bite of rhubarb would elicit a pucker and a shiver.  Never deterred, we'd continue dipping that rhubarb in our sugar.  First taking bites, then simply licking the sugar off the stalk. 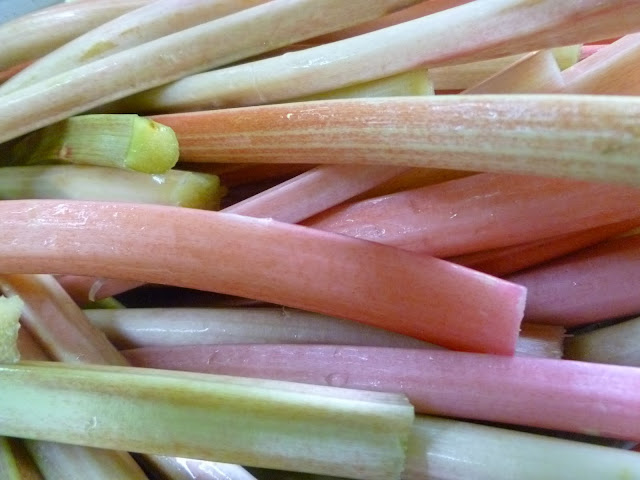 As I became older, I would help my mom make pies.  Paring knife with the green handle in hand.  Seated at that rickety old picnic table, we'd chop and chop, dreaming about the summer of togetherness that was just beginning. 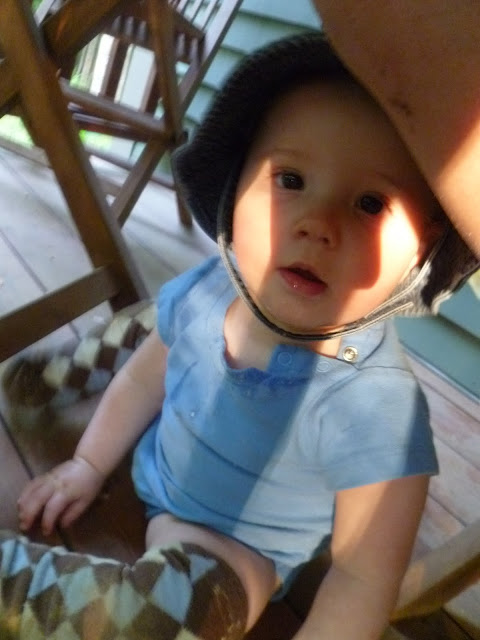 This year, as I chop my rhubarb, I have my own little munchkin playing at my ankles.  The setting is no longer at the farmhouse on an old rickety table in dire need of paint.  Instead, it's at our Maine home, hidden by trees, at our teak set on our farmer's porch.   A bit different, but also the same.  That rhythmic chopping and simultaneous eager anticipation of summer plans is a tradition.  A tradition of love, remembering and thankfulness.  Although my mother is no longer with me in person, there's a piece of her with me during those moments of solace, preparing rhubarb.  I pray one day, my little guy will prepare his early summer crop of rhubarb, telling his children of the memories he shared with his mama. I pray he'll think half as fondly of his mama as I will always about mine.