Get pics quick! Before the flowers turn!

Let me introduce you to our new play space: The Hundred Acrewood.  It's right behind my garden. It used to be a small garden scrap heap the former owners appeared to use. Behind that, there was a thick a hedge filled with brush (multiflora rosa anyone? I hate that stuff.)  Once cleared, the random flowers that must have been tossed ages ago actually bloomed! We have spent  a lot of time clearing.  Some days by the hour. Probably a couple truckloads of brush and here you have it, their new "home sweet home". Miss Audra will give you the tour.  There's two "houses". Brother's on the left. Hers on the right. She'll show you hers. 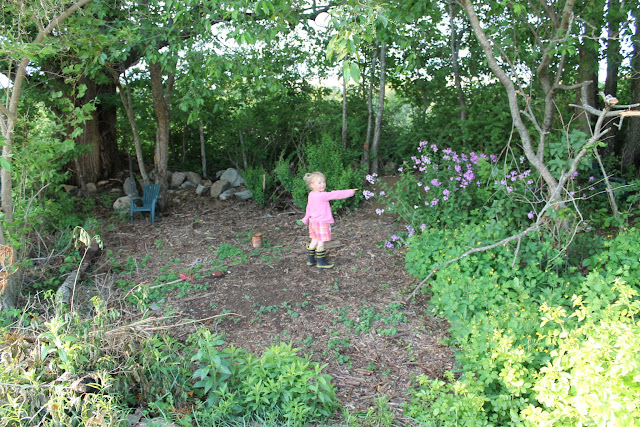 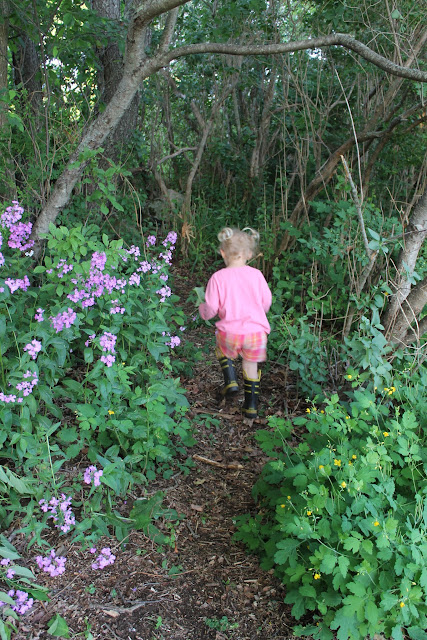 This is her 'house'. Not much clearing has happened, as she's not nearly as focused as her brother. 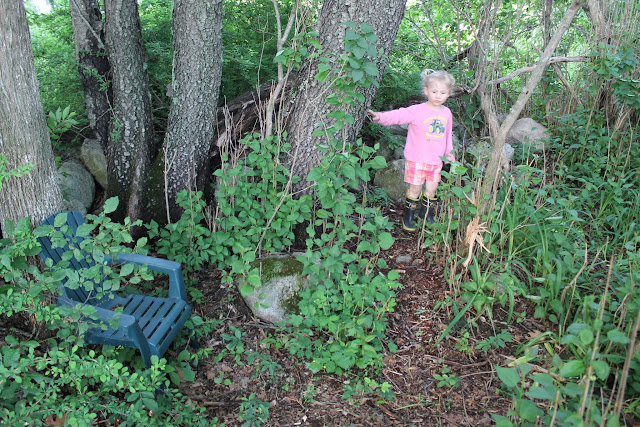 She's visiting his "house" in this pic. He's not home (he's at the other end of the yard doing a project that's too important to leave, apparently).  He has cleared, raked and organized.  He wants to use the rocks to make a path. 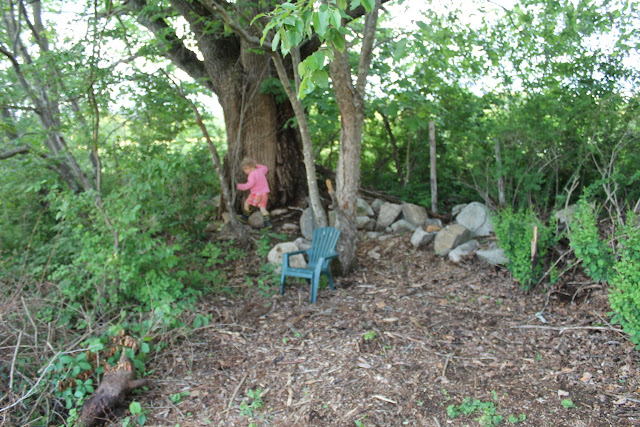 He also has signage and rocks he's been working on to decorate his space. (She helped for 30 seconds.) 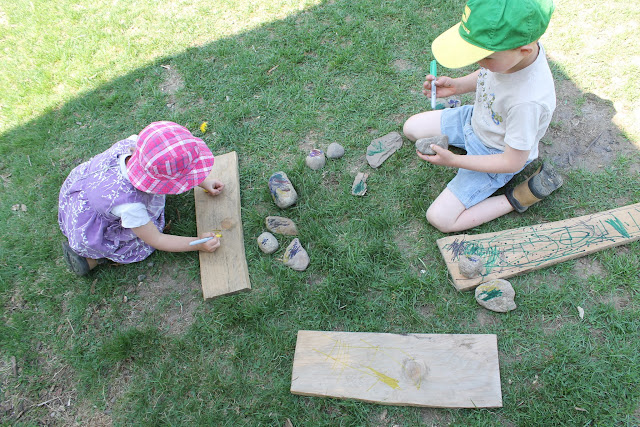 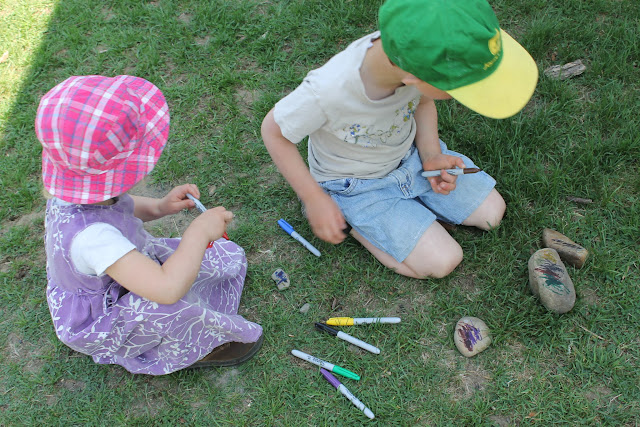 Anyway, next time you're in the area, stop by their new homes.  She'll even prepare you a snack. Kale anyone? 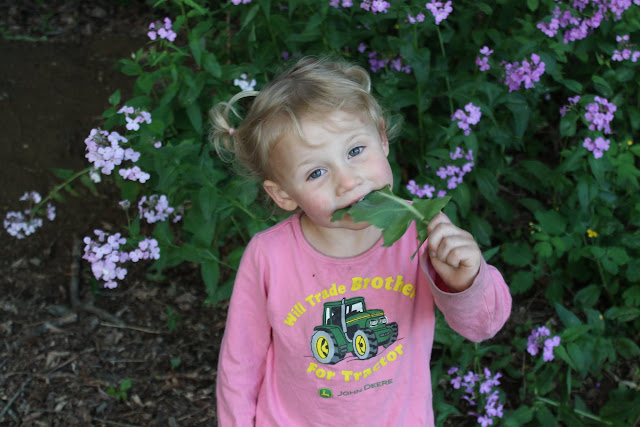