My Adrian....so NOT a minimalist. He has SO many tractors/cows/farming equipment, but needs more, so he says. He has a barn in his room, a barn in the living room and a barn on the porch. But he doesn't have enough barns, so he made another one.  He has farming stuff in every room, in the barn and in the car. Plus the stuff I moved to the attic (mama trying to downsize him a bit).  SO MUCH STUFF.  But he needs it ALL. Of course.  I emptied a shelf, hoping to contain some of it in his room at the least.

I've sort of come to the conclusion...his need for collecting is equivalent to my need for fabric. No need whatsoever, but there's quite a love.  And one can never have too much fabric, yes?  It is nice that we both have hobbies that make us quite happy...even though they do come with lots of stuff. 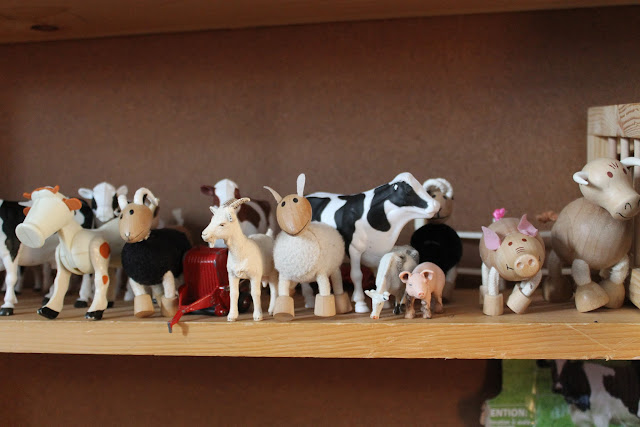 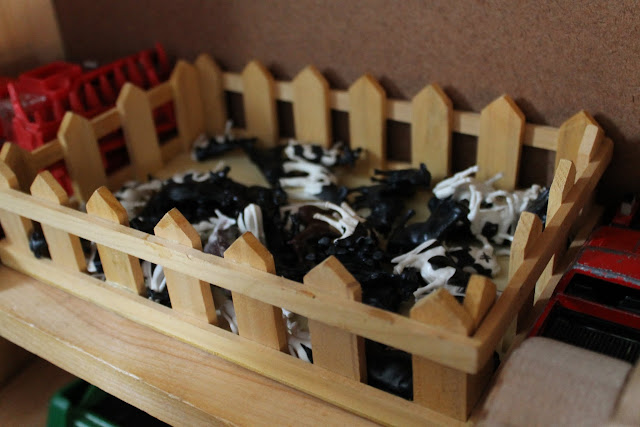 (Should have gotten a better pic, but you get the idea..) 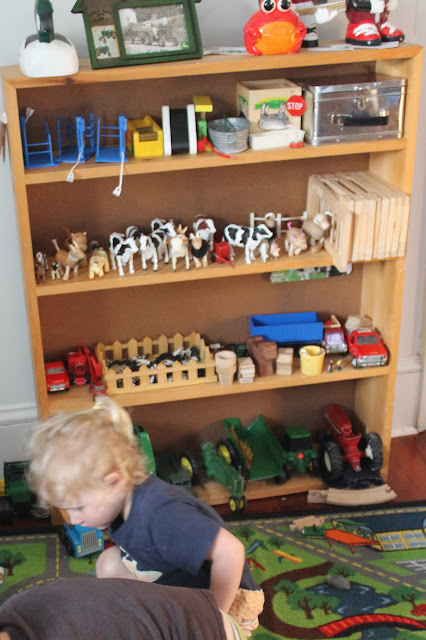 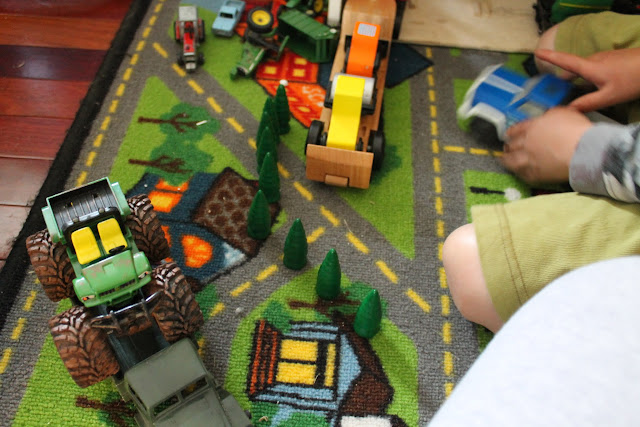 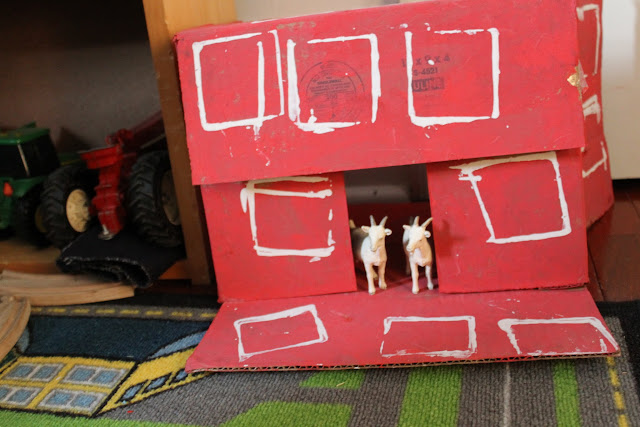 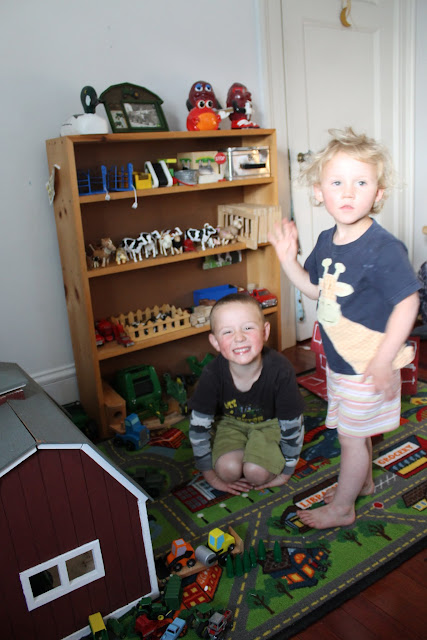