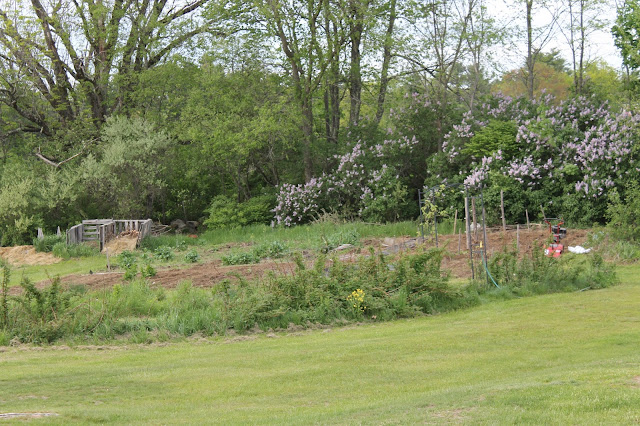 Many thanks to my neighbor and my husband, the garden is IN.  Wahoo.  Only we've had so much rain that I am about positive some of what was planted will rot and I'll have to replant.  No matter how many years gardening, the weather/bugs/wildlife/you name it throws you a curve ball. It's the name of the game.  Always learning

This year I didn't start as much from seed as I usually do. Gave myself a little break given the baby was coming. I did buy some started seedlings from the nursery, which is just fine in my book for this year. The majority of everything else is from seeds I saved (including tomatoes, bush and pole beans, peas, cilantro, greens, pumpkins and flowers to name a few), plus my own potatoes I sprouted. It's crazy to think of how many years I have been just saving seeds and re-growing from seed packets years ago.  I think the only seed packets I bought this year were broccoli, parsnips, corn and broom corn (kids want to make a broom, so we are trying something new!).  We shall see what this growing year brings us.

Over the last couple of years, I have been trying to pay special attention to what sort of crops are ready to go early spring with little effort.  I noticed no matter how harsh the winter, the collard green plants from last year re-grow before going to seed.  I have been letting them grow, eating a ton early spring, then letting a few go to seed every year so volunteer plants just randomly grow. I let these volunteer plants continue to grow when I weed throughout summer and we end up with more plants and more food in the spring from their reseeding. I did the same thing last year with cilantro, letting it go to seed. This spring we have had a steady supply of cilantro from volunteer plants sprouting.  I'll let them grow and go to seed again this year so we have early cilantro next spring. In thinking about spring veggies, parsnips are another I'm focusing on.  They are an early spring food.  I have a patch I planted that will hopefully go to seed and provide us with more volunteer plants for next spring.  I'm at the point with year round garden veggies and am trying to get the maximum yield for springtime with little effort.

So far, we've taken in 27 pounds of food so far from the garden.  I have harvested hardly any rhubarb and need to make it a priority to get some in the freezer for jam making this winter. I hope it will be a good growing year. 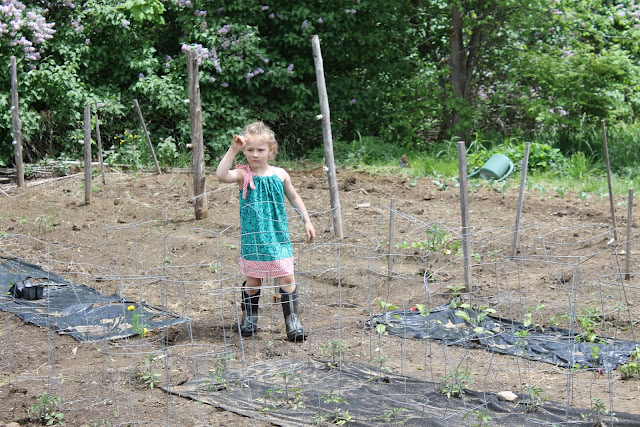 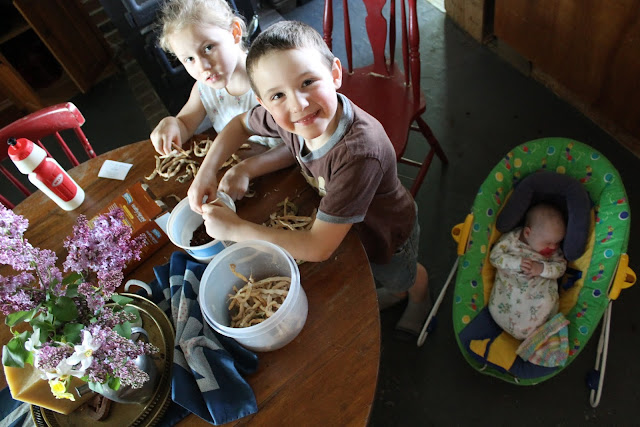 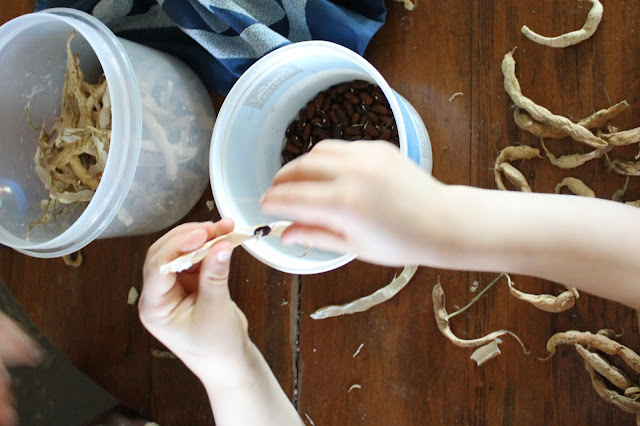 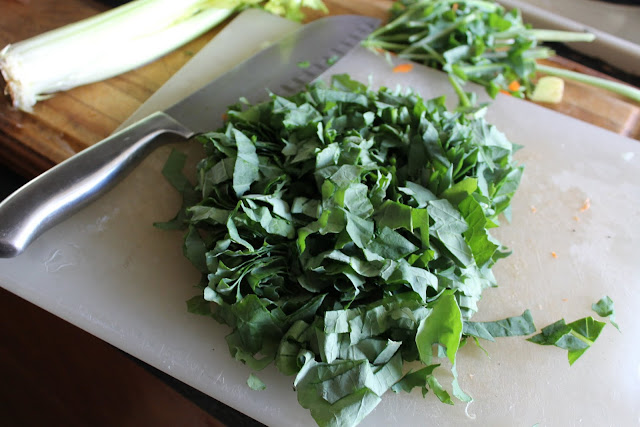 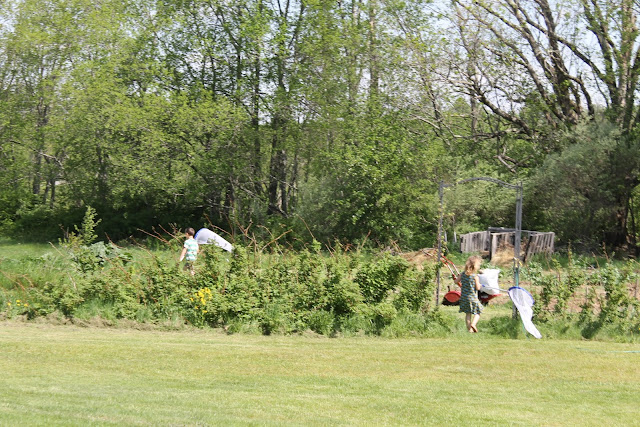 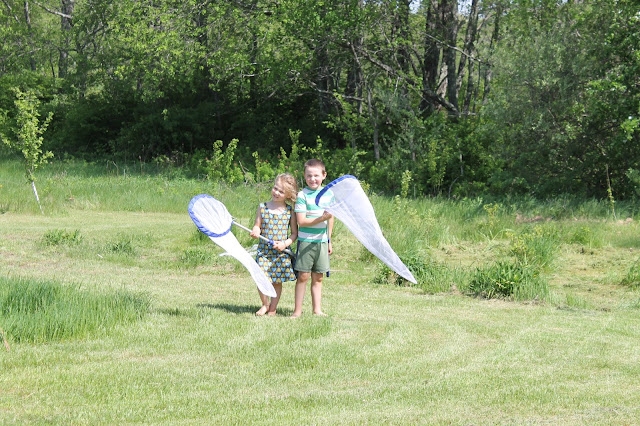 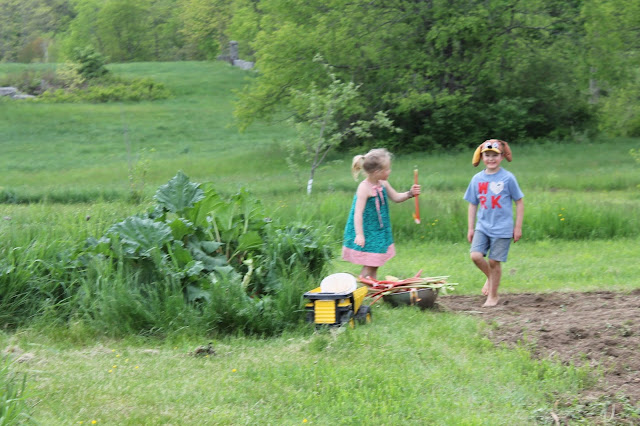 The only rhubarb I have picked is what they 'surprised' me with when I least expected it. 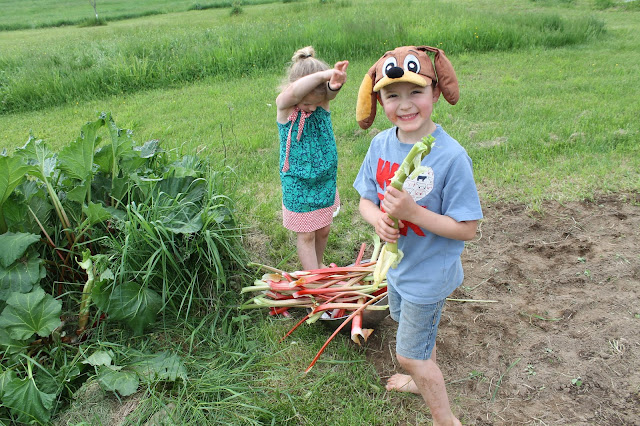 And this his how my kitchen looked in the middle of all the 'help' I received. 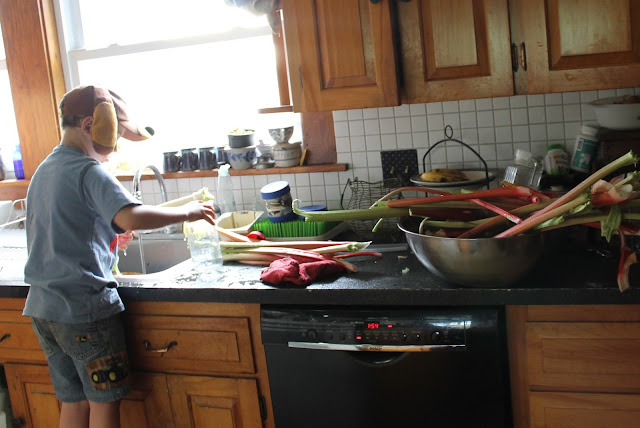 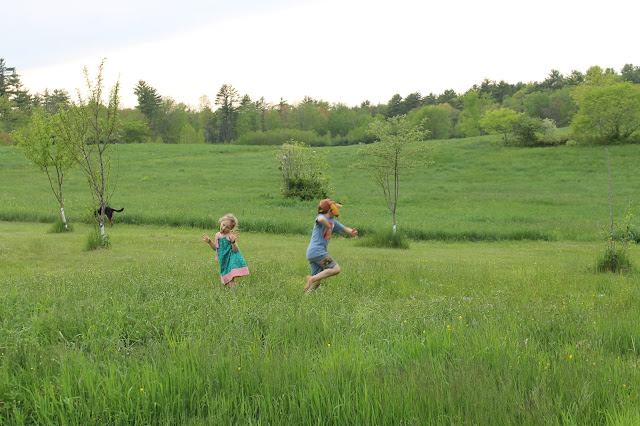 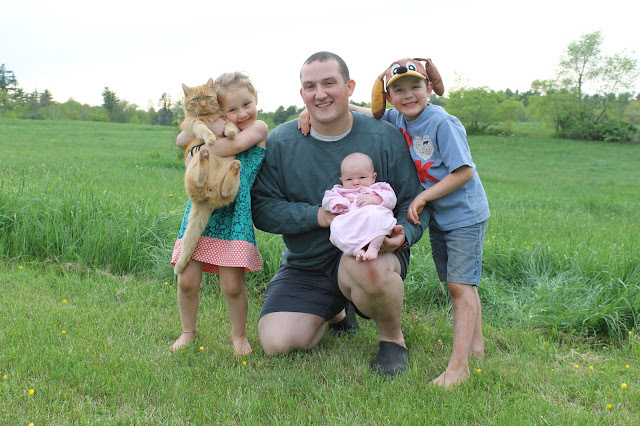 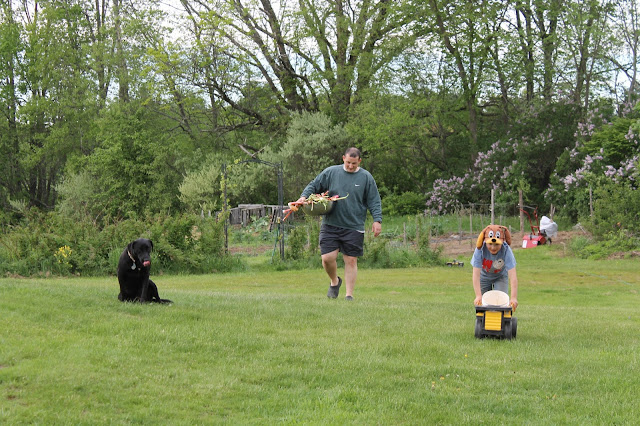