Want to know how to make a super happy husband?  One who smiles when he enters the kitchen?  One who talks of coming home after work to see his wife eat cake.  One who will secretly throw away his brussel sprouts so he has room for dessert.  One who talks about 15 seconds in the microwave makes it just melty enough to melt in your mouth.  One who compliments your handiwork everyday...well, until the cake is done.  Yup, it's safe to say not much makes him happier than this cake.

Whip up your favorite yellow cake.  I make this white cake, but omitted the 4 egg whites and used two large whole eggs instead (grease the cake pans super well). And then you add the love, in the form of chocolate fudge frosting. 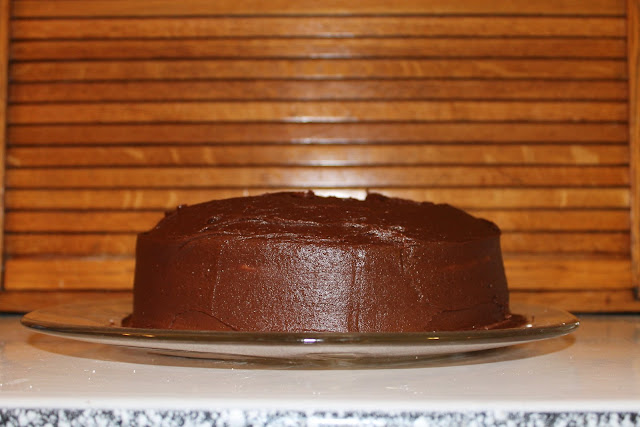 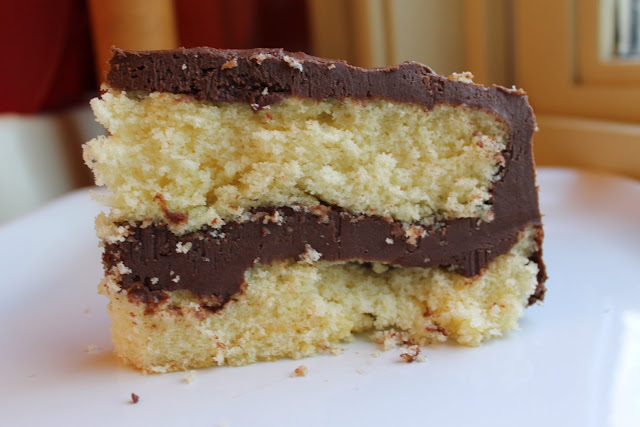 
And want to know how to make a happy baby?  Beaters.  Which is a word he incidentally will say and then clap his hands. Another word that's more important than 'mama'.  Sigh. 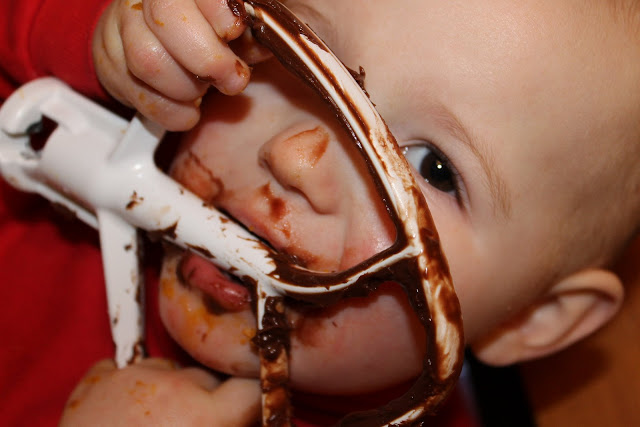 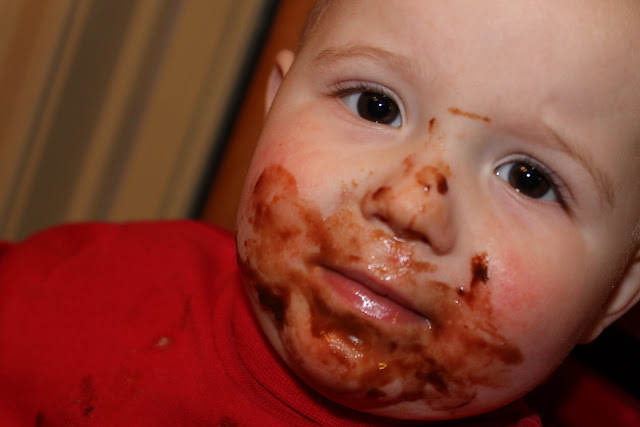