Trains.  This 14 month old kid loves trains.  And did you know that there's a train that is within audible range of our house every.single.hour?  Did you know that there's trains that go by at 2:30 am too?  Yes, we know that now, because we've been risen out of a cold sleep to our little one wanting to tell us that a train is going by. In the middle of the night. Thank you very much.  Aye aye aye.

And yes, this has been going on for about five months, and someone is still going strong with this train obsession.   He tells us by signing his version of train and doing "woo woo".  You know how many times I showed him that?  Once.  You know how many times I've modeled "mama" and he *still* won't say or sign mama?  Sigh.  But he has added signs/sounds/words for truck, bus, tractor and plane and now talks about those frequently and we know when those pass by.  But still no "mama".  I stand defeated.

Anyway, I was able to catch what he does to let us know.  Wasn't too hard, as we have opportunities to hear the train hourly every day of the week.

He stops what he's playing as he detects a seemingly familiar sound. 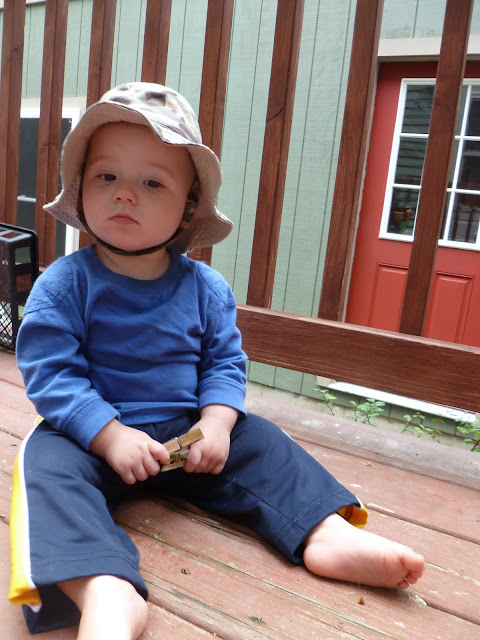 He pauses for just one second, to be sure he's hearing correctly. 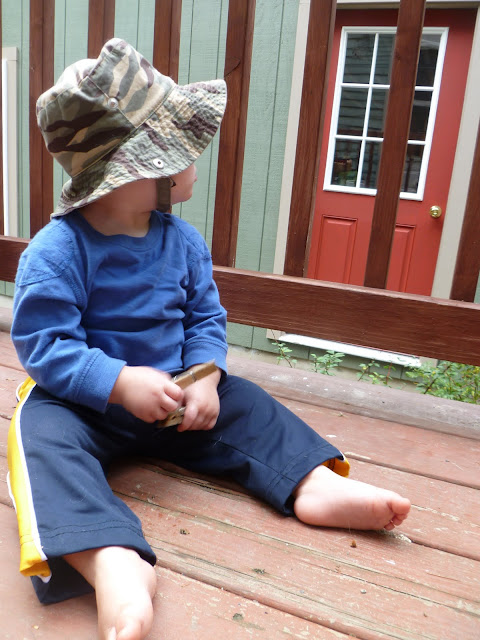 Then the eyes enlarge, the enthusiasm escalates as he hurriedly informs me the train is coming.  Never gets old (for him). 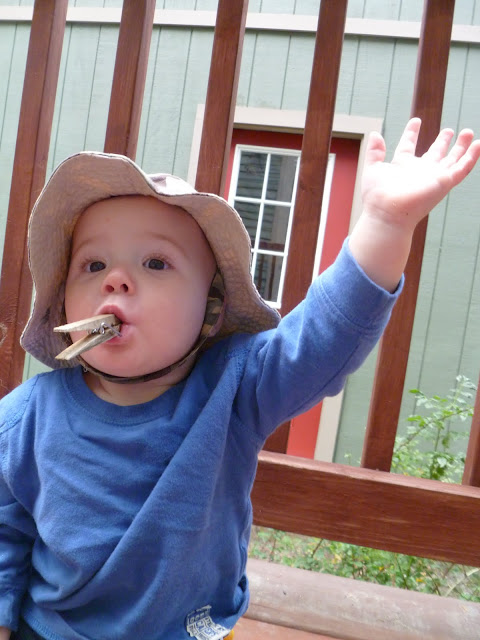 Being the good mama I strive to be, I have that train schedule memorized.  As often as possible, I take him on that mile walk to the tracks. We wait for the train and wave to the conductor. 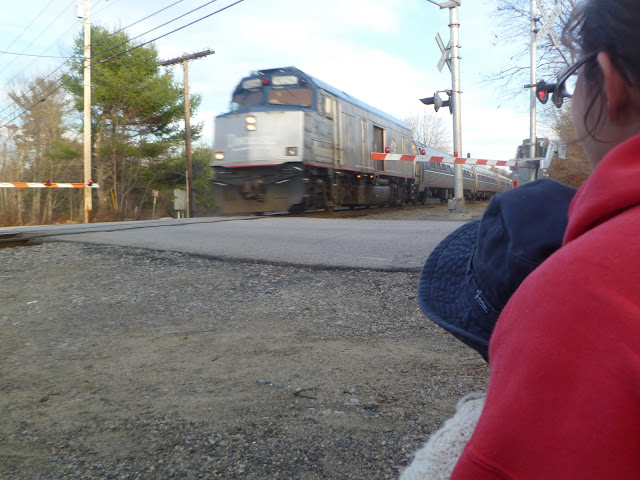 Immediately afterwards, he's sports a surprised expression, although completely silent.  But no worries, five to ten minutes after that train, he's back to talking about those trains. Again and again. 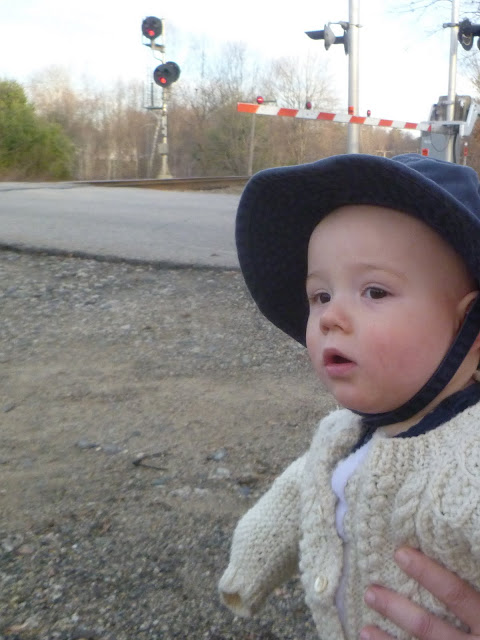 Oh to see the world through the eyes of little boys.  How marvelous it is to have a son.