Greetings from the Tundra.

Okay, so it's not really the Tundra, but it sure feels that way.  Negative temperatures. Wind. Blizzard. Whiteout. Cold.

The last couple days, I've left the kids inside and done morning chores alone.  This never happens, and they weren't happy about it. I haven't had many toys in the living room, but moved a bunch in.  It's just too cold elsewhere.  I figured we'd all want to be huddled around the fire.  And snow.  We've got some of that and more coming.  In Maine, we measure snow not by inches this year, but by feet of snow.  It's a good time to cozy up and find fun things to do inside.

But they wanted to play in the snow.  Who am I to say no?  I figured it would take me longer to bundle them than the time we spent outside in this weather. A lot of effort for nothing, so I thought.   Especially they love to lay in the snow to eat it.  But I did it anyway.

And you know what? It took 20 minutes to bundle them up, we were outside for 45 minutes. 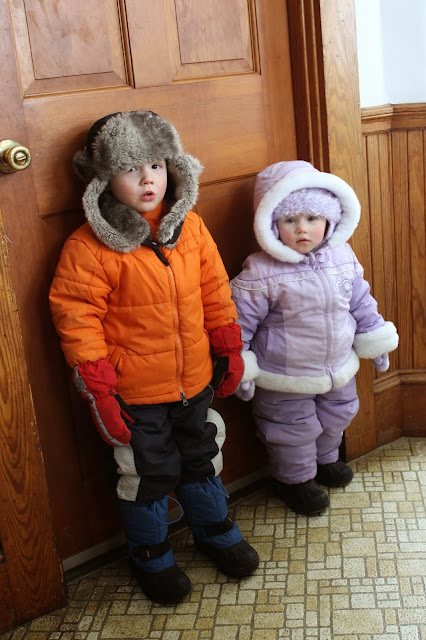 And this three year old, let me tell you, cannot do anything without farming.  He HAD to bring a cow with him.  That cow shoveled with him, trudged through the snow, made snow angels and went on numerous sledding rides. 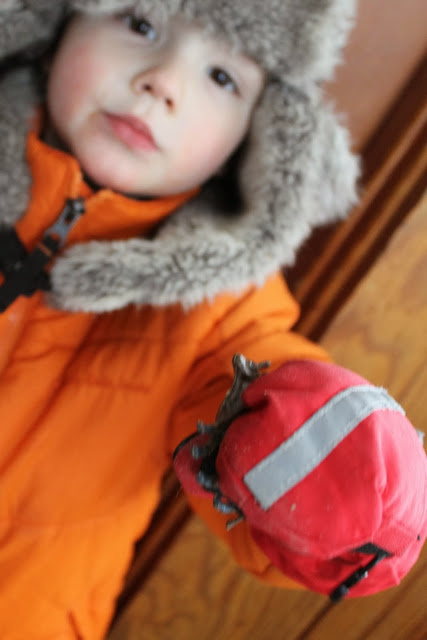 And here's where mama gets in trouble.  We went into the barn and it was his job to feed grain to the goats.  He set the cow in a safe place (unannounced to me), loaded grain in his dumptruck and fed those goats. While he did that, I was raking hay (starting to prep that indoor playyard in the barn I hope to complete).  Apparently that cow was raked into a pile of hay.  It's not a needle in a haystack, there's a miniature cow in the haystack.  And I'm in trouble.

Thankfully, he agreed to just try to look again tomorrow.  He won't forget, let me tell you.  This farmer takes care of every one of his animals. 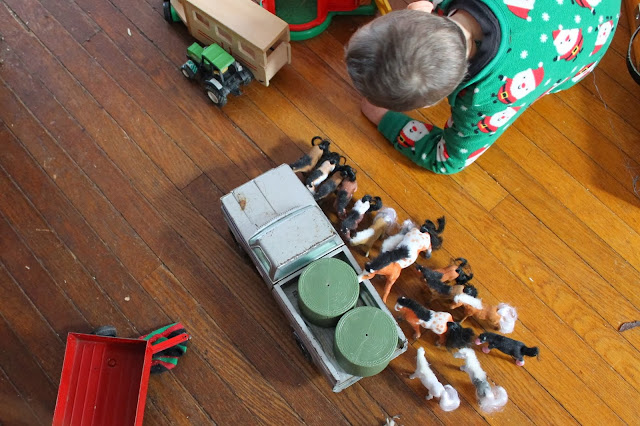 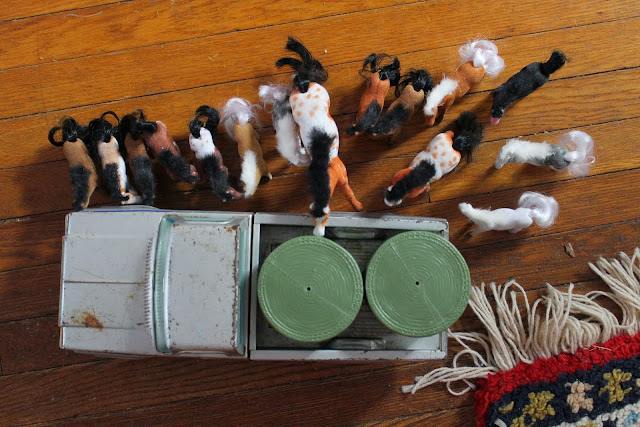 I do hope we find his little cow.