Homesteading Where You Are: Grow

Week three in the series.

This week: Grow. (Some of this I had written a couple months back, so if you're a reader, you might have read some bits and pieces...but there will be more that you haven't read too.)

Grow.  Some look at that word and think or say "I can't".  You've heard someone talk about their brown thumb, how everything dies, how they just weren't born a gardener.

I look at that word and think the opposite. I say "I can grow that!"  and "You can totally grow that!" 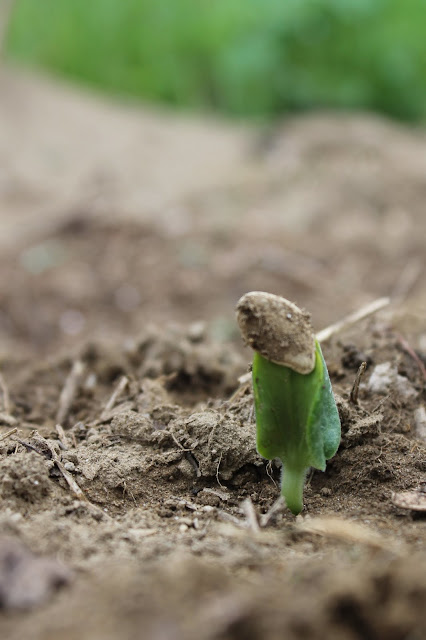 Now, my 'can do' attitude about growing things hasn't always panned out to be successful.  Every year, I have huge aspirations and no matter what I do, something I am trying to grow just doesn't..well...grow.  Even the experienced gardener has great years and not so great years.  That's the thing about gardening.  Sometimes it's bountiful, sometimes not so much.  The unfortunate part is that so many focus on their gardening failures and give up.

Well, here I am to tell you that even if you haven't had success in the past, you CAN have success going forward.  Sure, not everything in my garden grew this year, but the majority did.  And we've been enjoying the harvest all summer long. 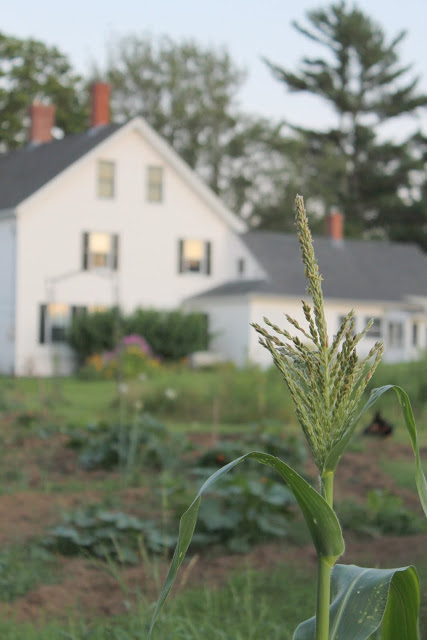 Switching gears, I'll give you the background on how I became a gardener.

I was raised on a 50 acre hobby farm. My parents planted a garden every year.  I can still see the rectangular plot all plowed and waiting for tiny seeds.  I see the large patch of rhubarb on the end.  I picture the vegetables we always planted thriving.  Corn, onions, peppers, peas, green and yellow beans, carrots, beets (NOT my fave), zucchini, summer squash, cucumbers, brussel sprouts, broccoli, potatoes, squash, pumpkins. I must be forgetting some. The part of the garden closest to the house was always relatively weed free, with the jungle of weeds at the end of the garden closest to the chickens. I entered some of our produce in the county fair, earning numerous blue ribbons.  Summer living included fresh produce, home picked. That's just how it was.

I did have a gardening hiatus come college.  I did try once in an apartment building, but our patio wasn't lucky enough to receive any southern sun exposure.  Not much happened.

When we bought our first house, my one requirement was enough land to have a garden.  We did buy that, but I underestimated how many trees needed to be removed for enough light our woody plot.  I did put some tomatoes in five gallon buckets and tried to enlist my husband to follow this tomato bucket moving schedule to "catch" the sun as best possible.  Yeah, so, he didn't play that game long.  Although I couldn't vegetable garden, I really dove into perennials.  It's amazing what you can grow in part shade to full shade!  I think I counted 60+ varieties I planted/maintained in a lot that really didn't have anything other than weeds before I started.  Although I couldn't grow vegetables, it was those years early in my marriage that I concentrated on perennials.  I see now how awesome it was that I couldn't grow veggies, as it was my opportunity to learn about perennials.


My dear neighbors, who had become like-family knew how much I wanted to garden.  They offered up their farm, walking distance from our home.  I was over the moon excited.  The neighborhood team of horses plowed the land and I got started.  Years after proved to be quite interesting, especially given I'm the one who does planting in our household.  I planted very pregnant one year, harvested full term and preserved as a first time mom with a newborn.  Then I planted a large garden with a not quite one year old who was entirely too helpful.  Then I planted with a not quite two year old ready to pop.  And then preserved with my two helpers.  Given our garden wasn't such that I could tend it when my children were sleeping, it was quite the adventure. 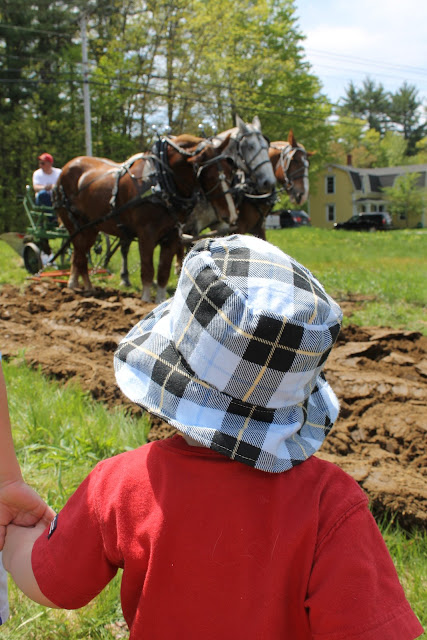 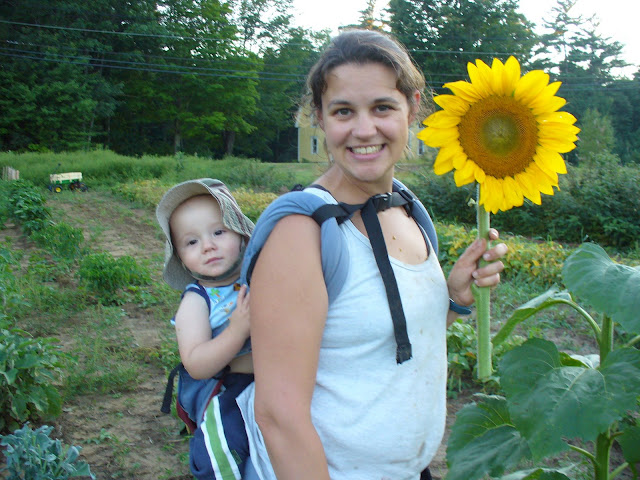 Fast forward to 2013, It was our first summer living in the home of my dreams.  For the first time in a long time, I could walk out my door and be harvesting dinner. We had a garden where the original owners tended a garden for 100+ years.  It's a spot that fed a family of 7. Although a recent septic project led to sandy soil being deposited right on top of the beautiful soil (pft), it still produced a lot. A lot in that every single day from June 2013 until Jan 2014, we have consumed good from our garden. 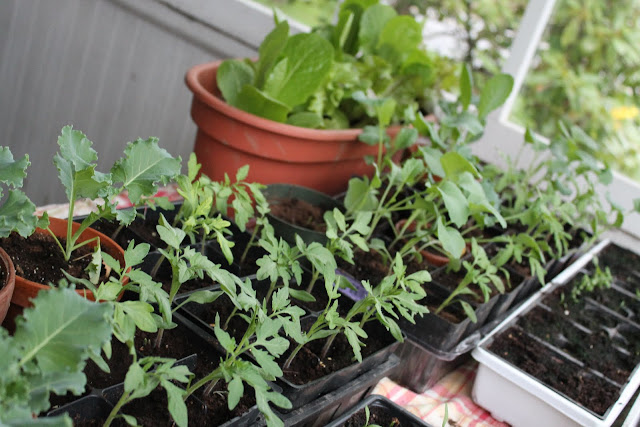 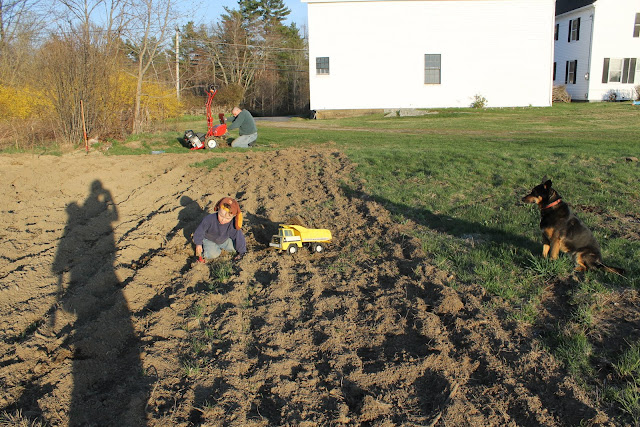 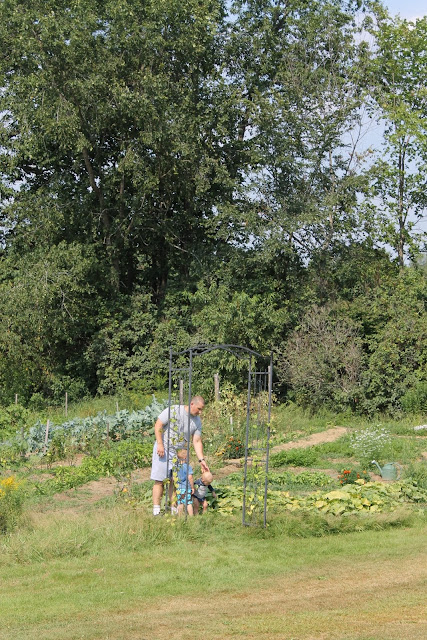 I'll give you the run down of what I grew last year. Find more detailed previous gardening 2013 posts through linking here.  I'm also reviewing what I hope to add.

Fruits:
Started 5 apple trees, 67 raspberry bushes, 4 blueberry bushes and lots of strawberries.  I found a half a dozen elderberries mature plants that I wasn't able to get to because of wild raspberry brush. A path is now cleared to them. I hope to use those elderberries this year. I found 4 apple trees on the property that I hope to prune and fertilize next month. Hoping to bring them back to better productions. And hoping the apples aren't yucky!  I also found some concord grapes and some green grapes.  I would like to better organize how they grow so I can get better yield.  I saved a few peach pits from my friends' tree.  I hope to start those.  I am thinking of adding golden delicious apple trees (best for pollination, I learned) and maybe pear and cherry trees.

Herbs:
Basil, parsley, oregano, cilantro, chives.  Right now, I have mint, lemon mint, rosemary and thyme that I'm growing and will transplant outside.  I also want to grow some dill for pickles.

I may be forgetting some, but all in all, it's a lot, but it gives us a great variety, year round. Most all was from seeds, not bought as seedlings.  I also started some cosmos, sunflowers, marigolds and morning glories. And more perennials than I can count.  I gathered and dried around 20 packets of seeds from the plants what I grew last year. Often, I hear that it's best to start fresh with new seeds rather than saving your own.  I would like to do a little experiment and plant mine adjacent to newly purchased seeds this year, just to see if there would be a difference. 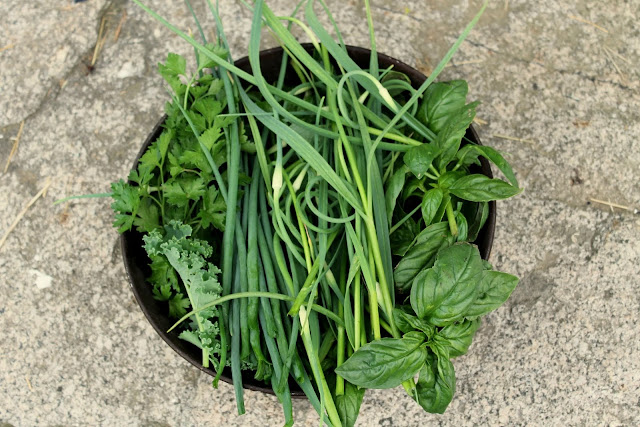 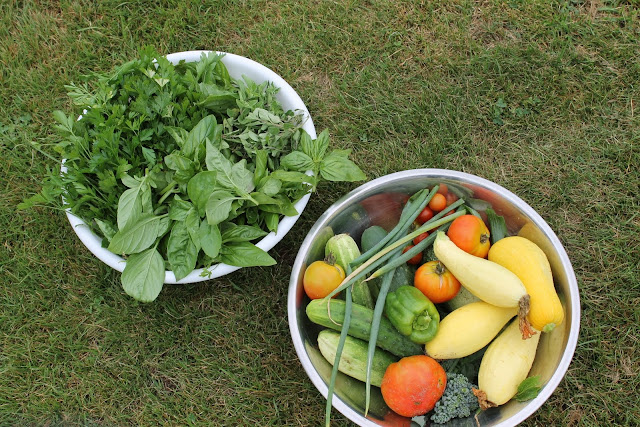 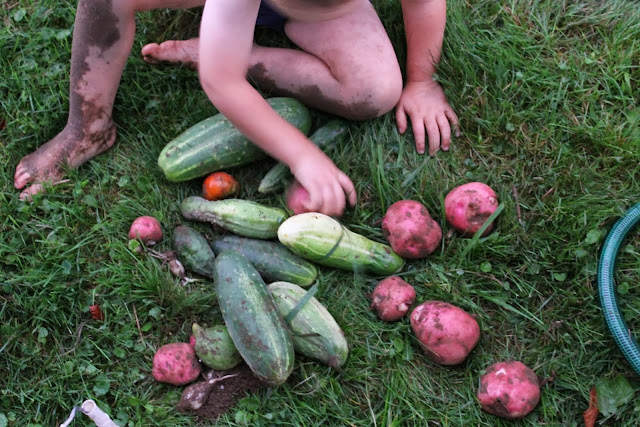 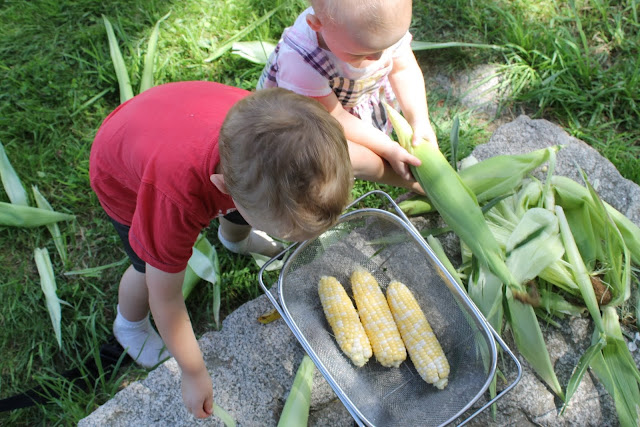 All in all, I'm thankful for not only the bounty we harvest, but also the days spent enjoying the work in the garden-solo and with the family, the knowledge my kids have gained, the variety of foods my kids eat, the fact my husband appreciates all the work I do to make sure we all eat healthy (he's not into gardening, but he's a great cheerleader!).

I'm eager for the 2014 growing season to commence. I think improving our soil will have massive returns.   Have you planned your garden?  Are you thinking of giving gardening a shot?  What are your 2014 plans? I do love to talk about growing things.


And do check out these other fantastic Homesteaders.  They will surely have lots to tell you about growing things too.

Daisy, at MapleHill101, currently homesteads with her family in the suburbs of Central Florida.  Her vision is to move to a more rural property in North Carolina later this year and continue fostering a self-sufficient lifestyle, which includes chickens, a large garden and a permanent clothesline.

Mary, at Homegrown on the Hill, lives in Southwestern Ohio with her family on a 5 acre homestead. Their goal is to be as much self sufficient as possible. In helping with this goal, they raise a big garden and keep chickens, rabbits, and cattle for food.

Staci, at Life At Cobble Hill Farm, was bitten by the homestead bug in 2006 and although she began her homesteading ventures in a rented condo, is now homesteading on less than an acre in Upstate NY.

Sue – at The Little Acre that Could, shares her body with an auto-immune disease, and life with her husband. They live in a once-working Victorian farm cottage now bordered by a modern subdivision. She has dreamed of homesteading as long as she can remember and continues to strive toward that goal in rural Atlantic Canada.