I was *just* saying that our snow disappeared. 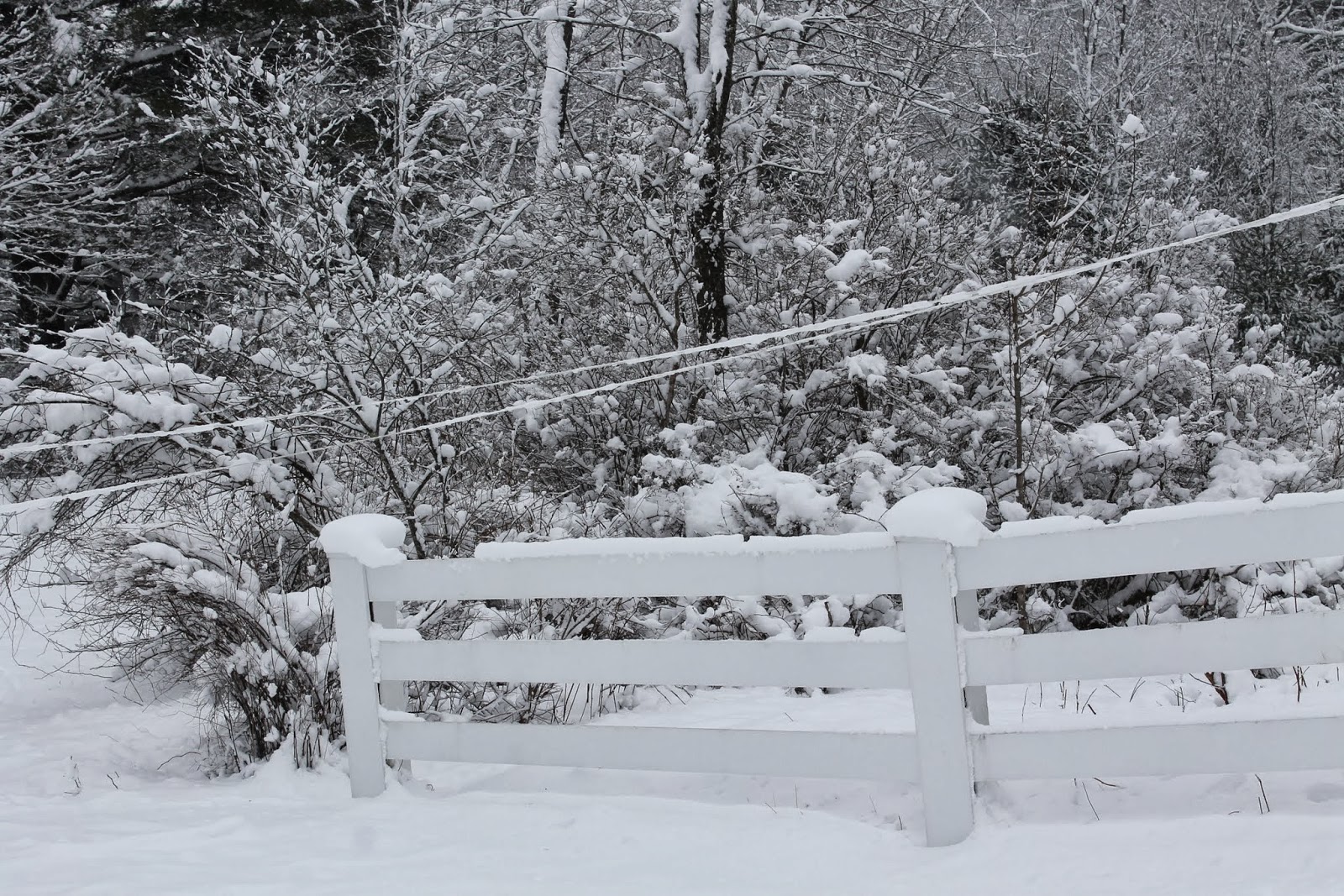 I mean, it's January in Maine.

Of course it's back.

Doesn't bother us one iota. 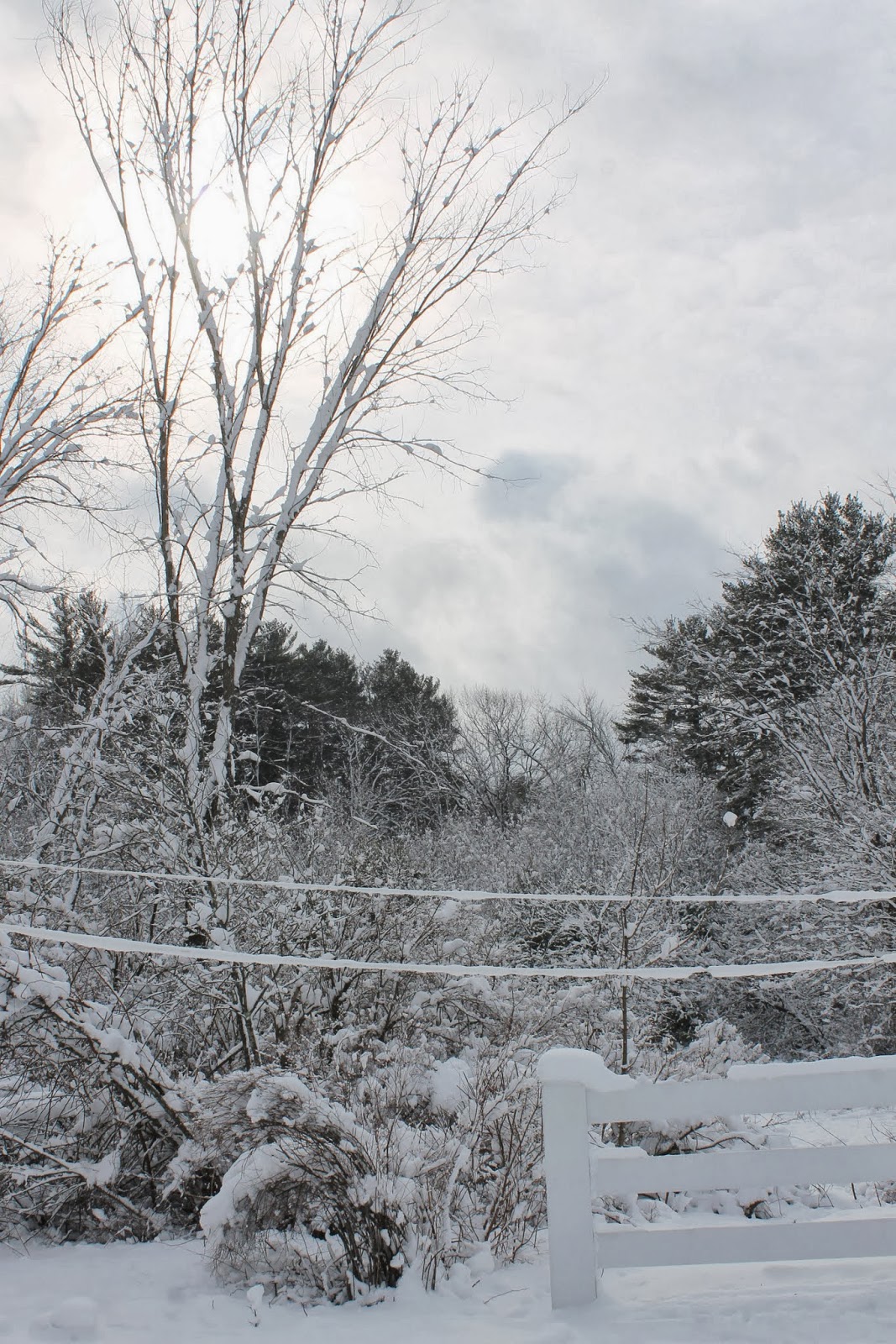 My plan for the morning was to get 8 loads of laundry folded. That's right.  Eight.  (That's what happens with out with trying to finish presents before it's time to give them and traveling out of state for the better part of the weekend).

That laundry stared at me.  And I tried to tackle it.  But the out of doors called to me.

And we had a grand, grand time making a snow fort with a five gallon bucket. 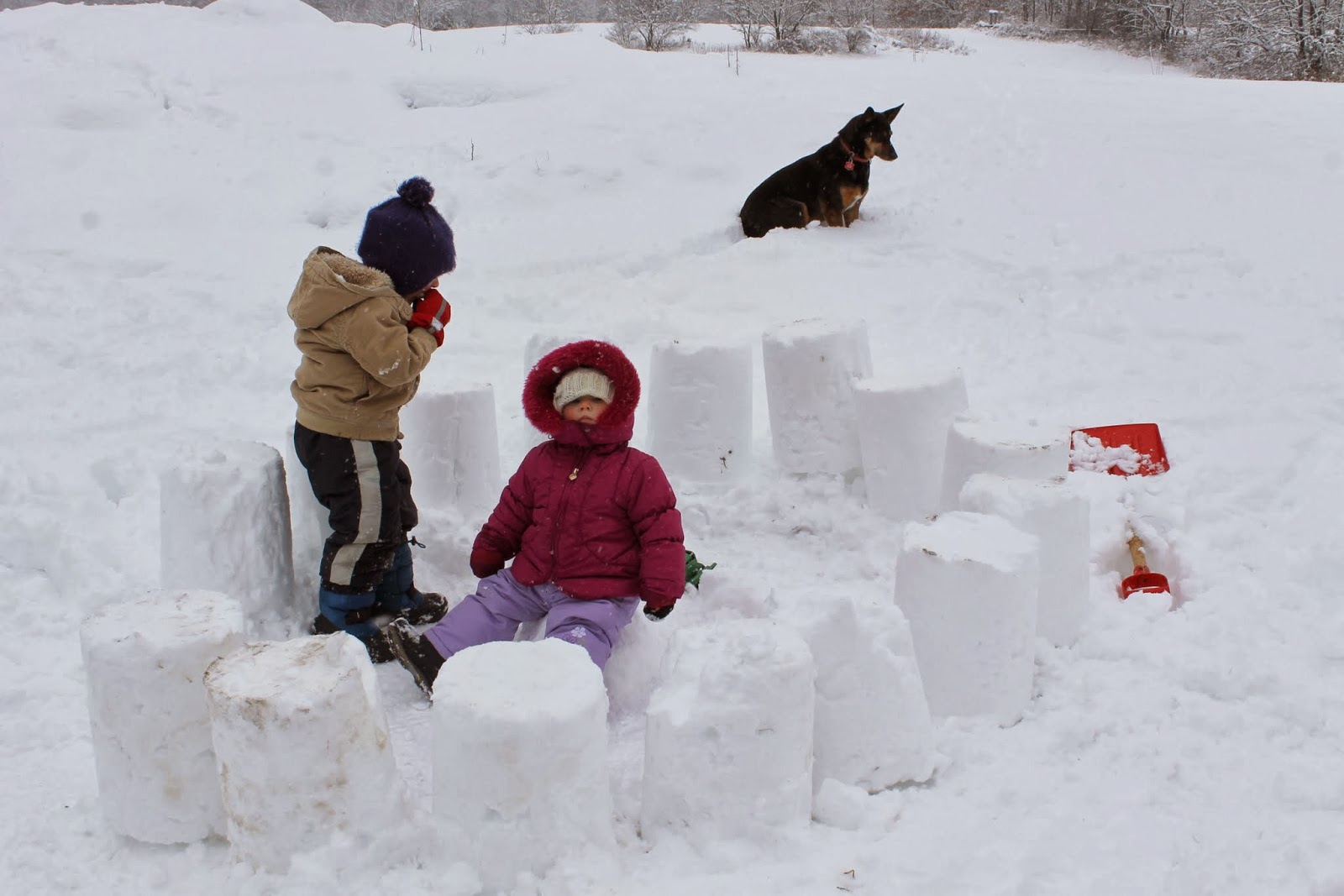 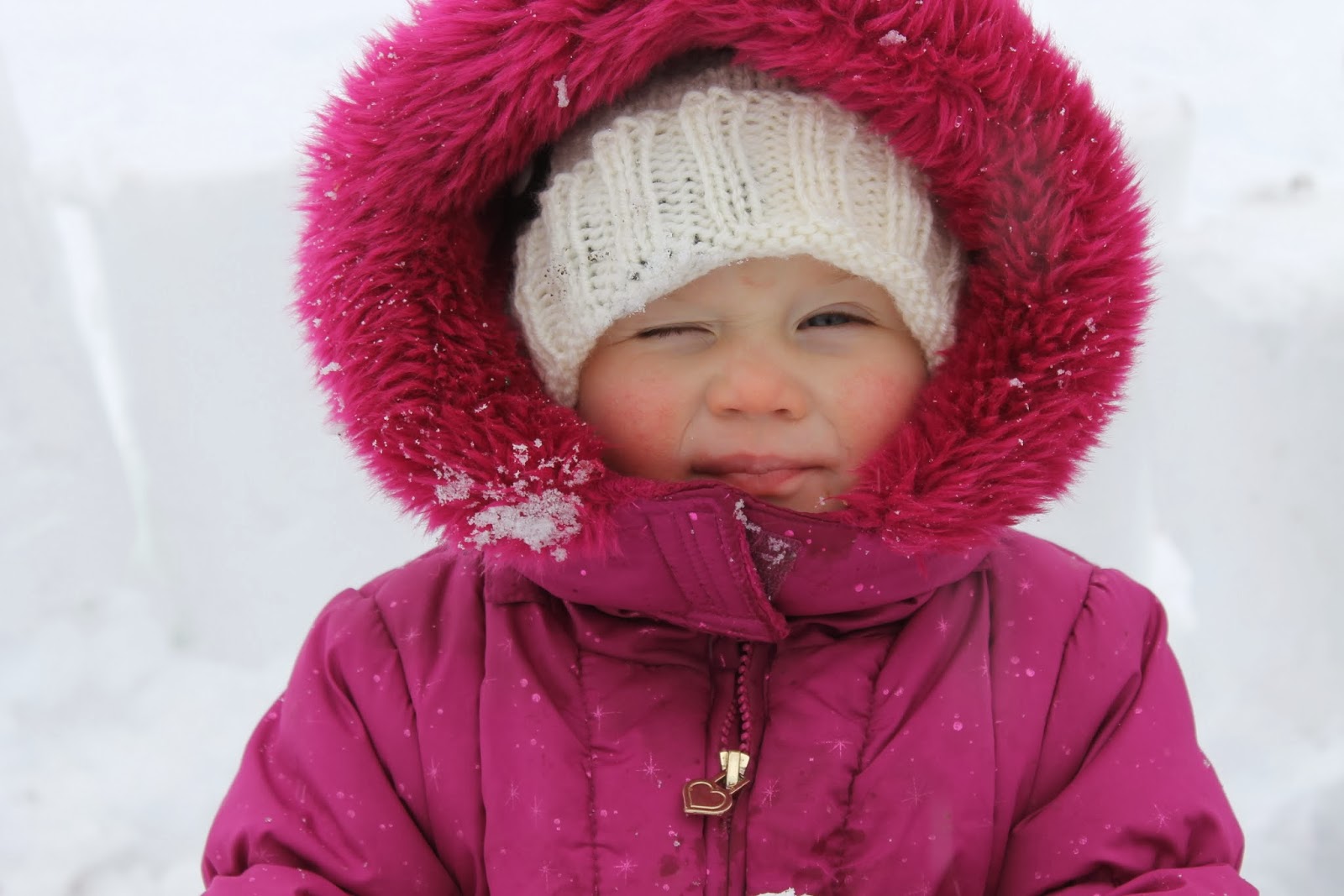 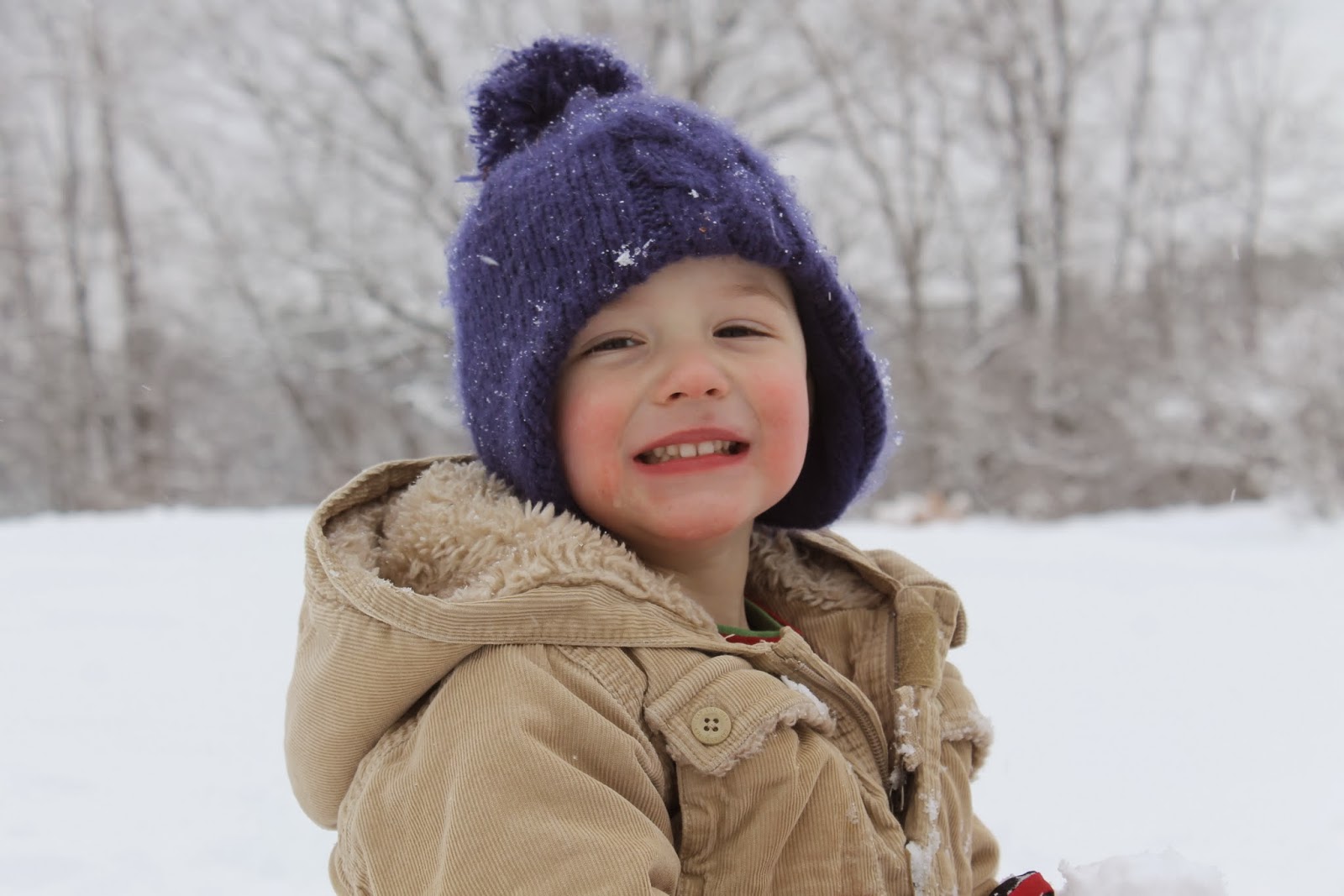 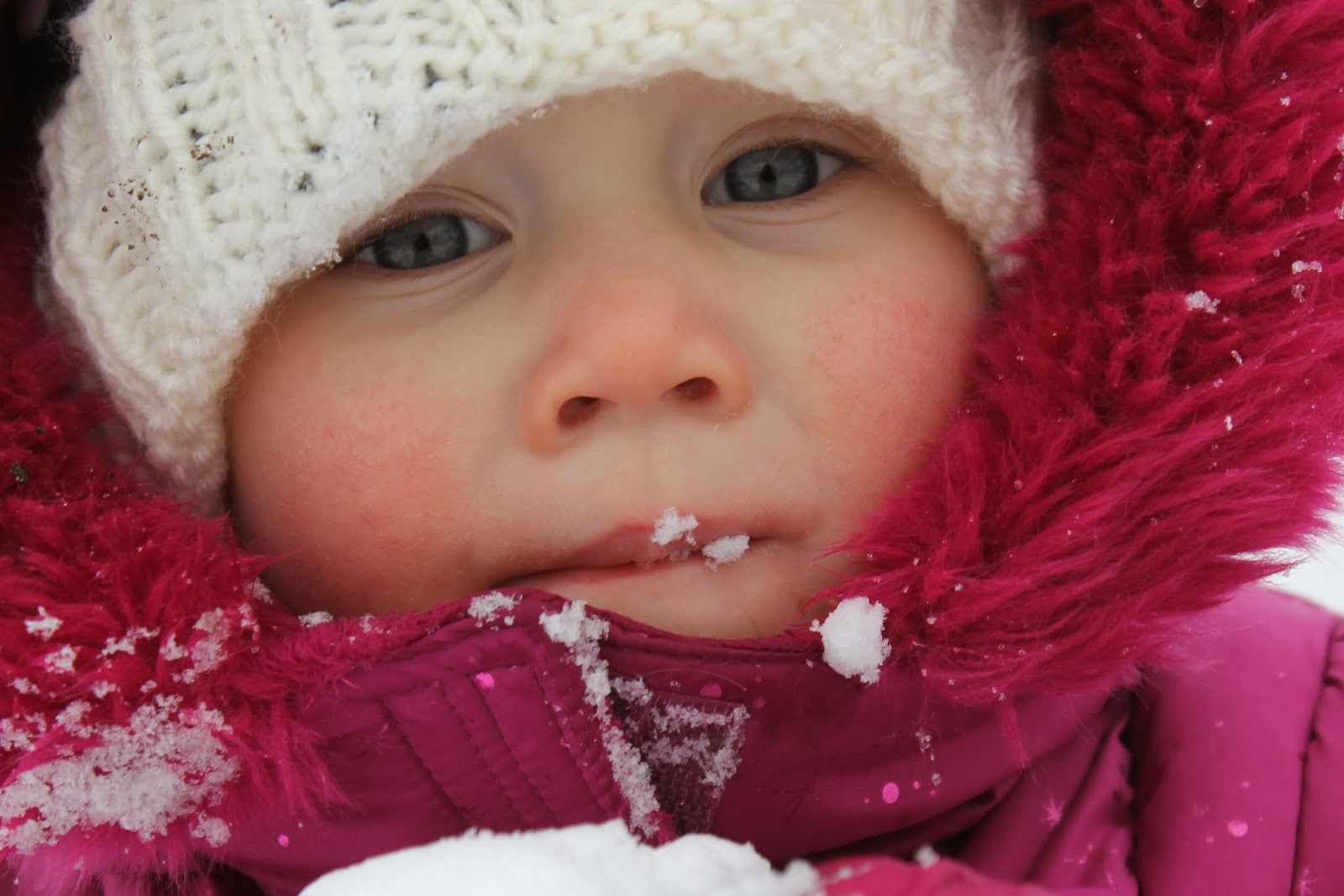 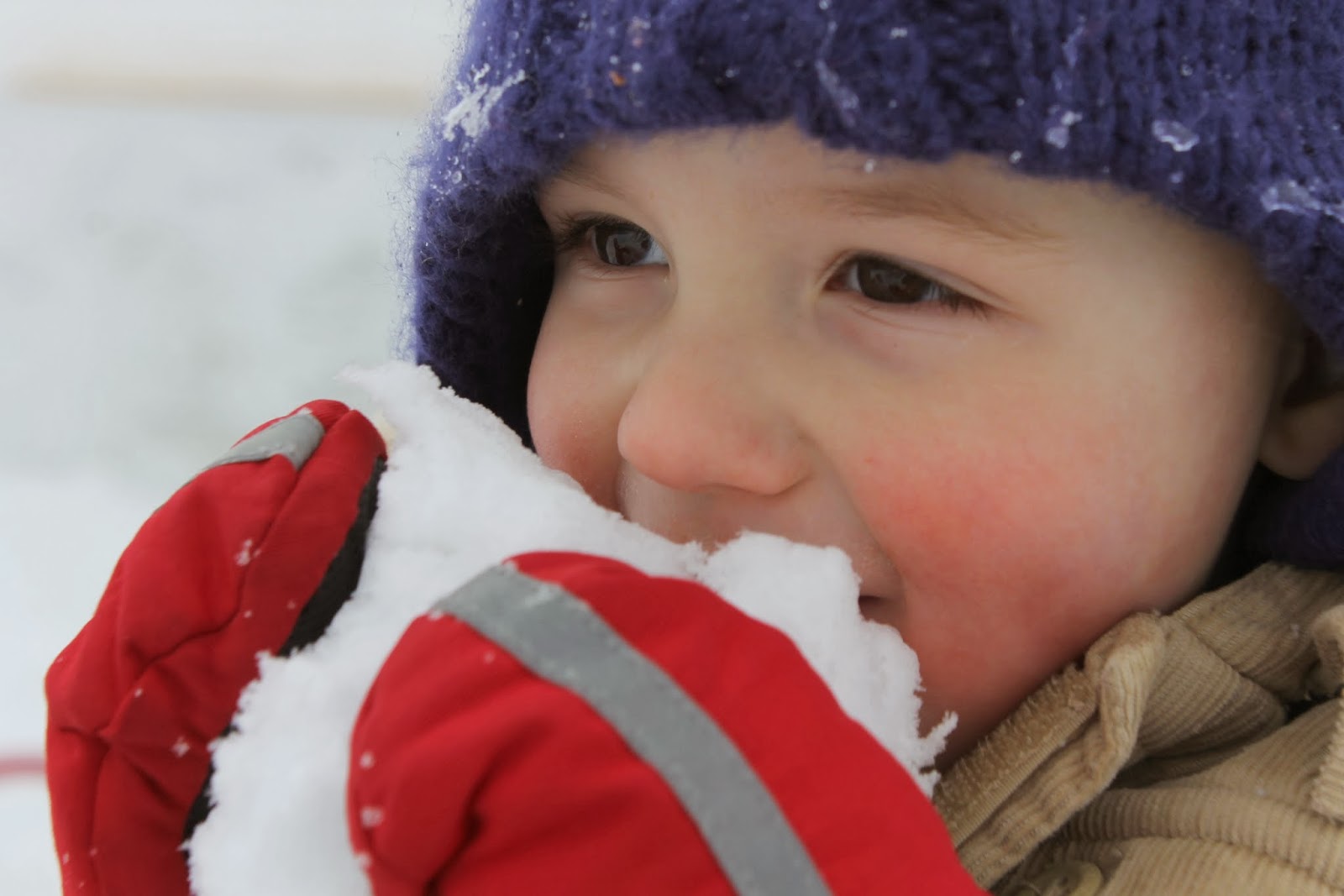 Well, really Adrian and I.  Audra sat in the middle of things....either watching things or eating snow.  We all know who she takes after. 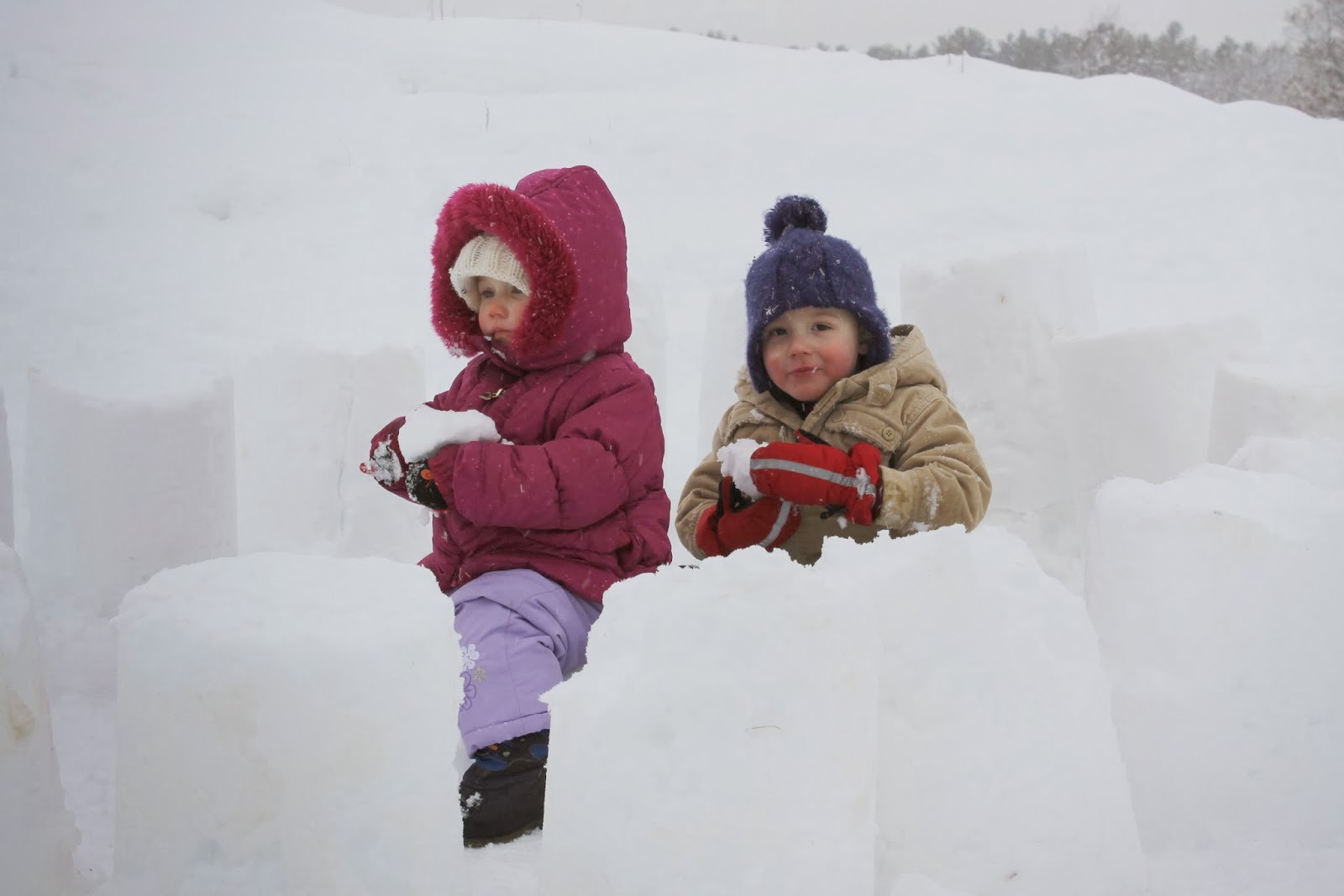 Anyway, once it was done, Adrian decided he had to have dinner guests.  Kammie was the first guest. 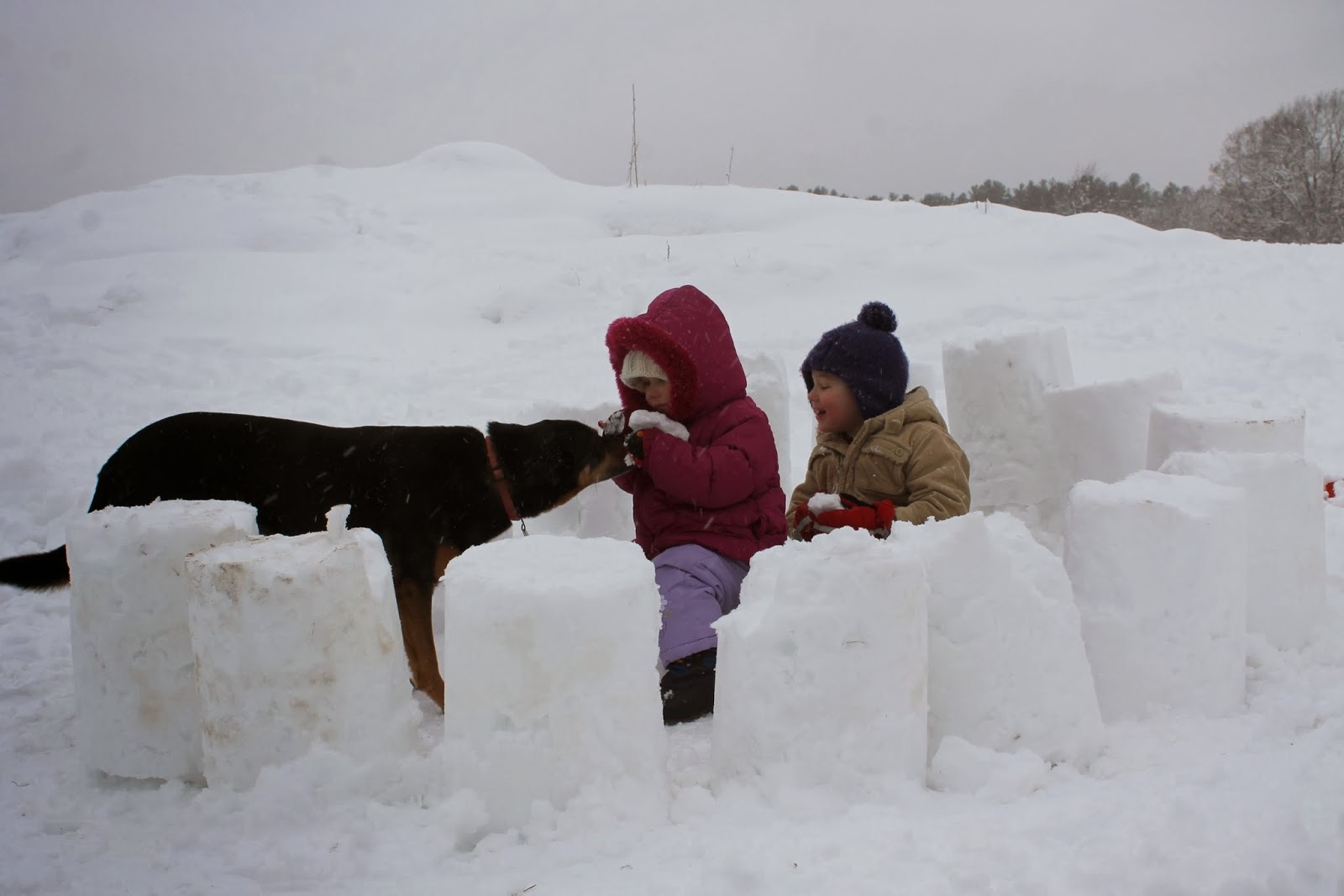 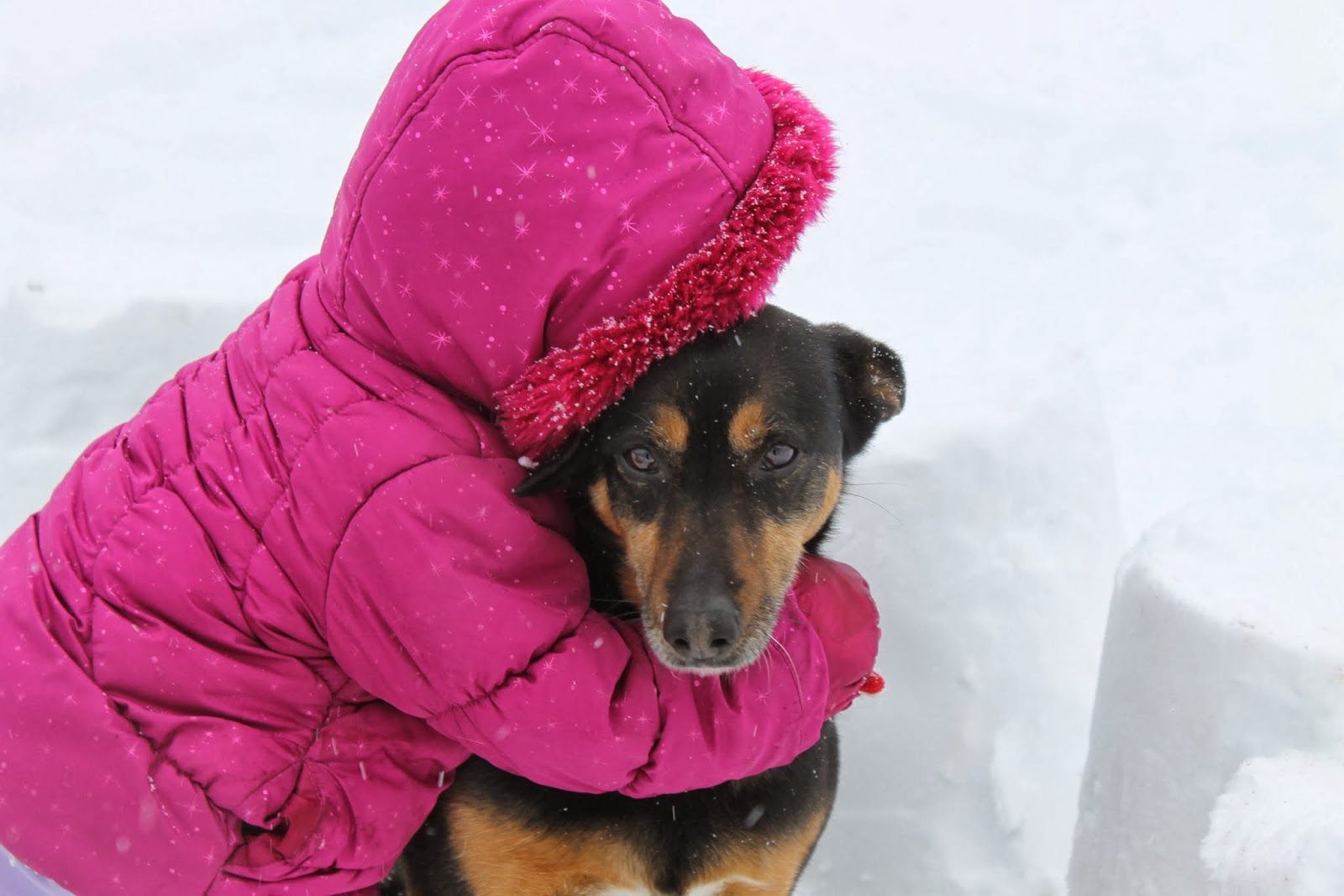 And then goats were the next dinner guests.  Naturally.  Of course, I was in charge of letting them out while they prepared the feast (grain). 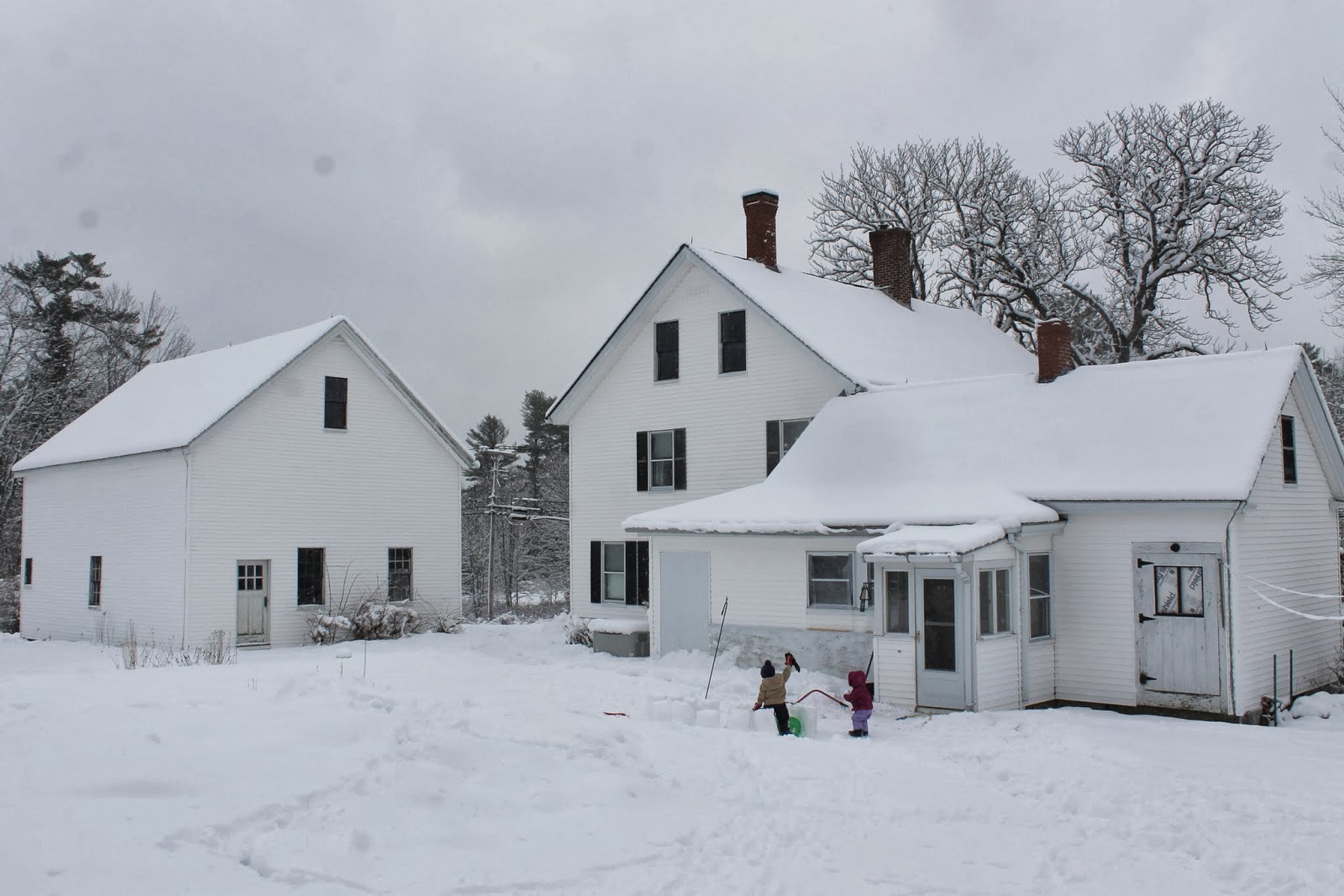 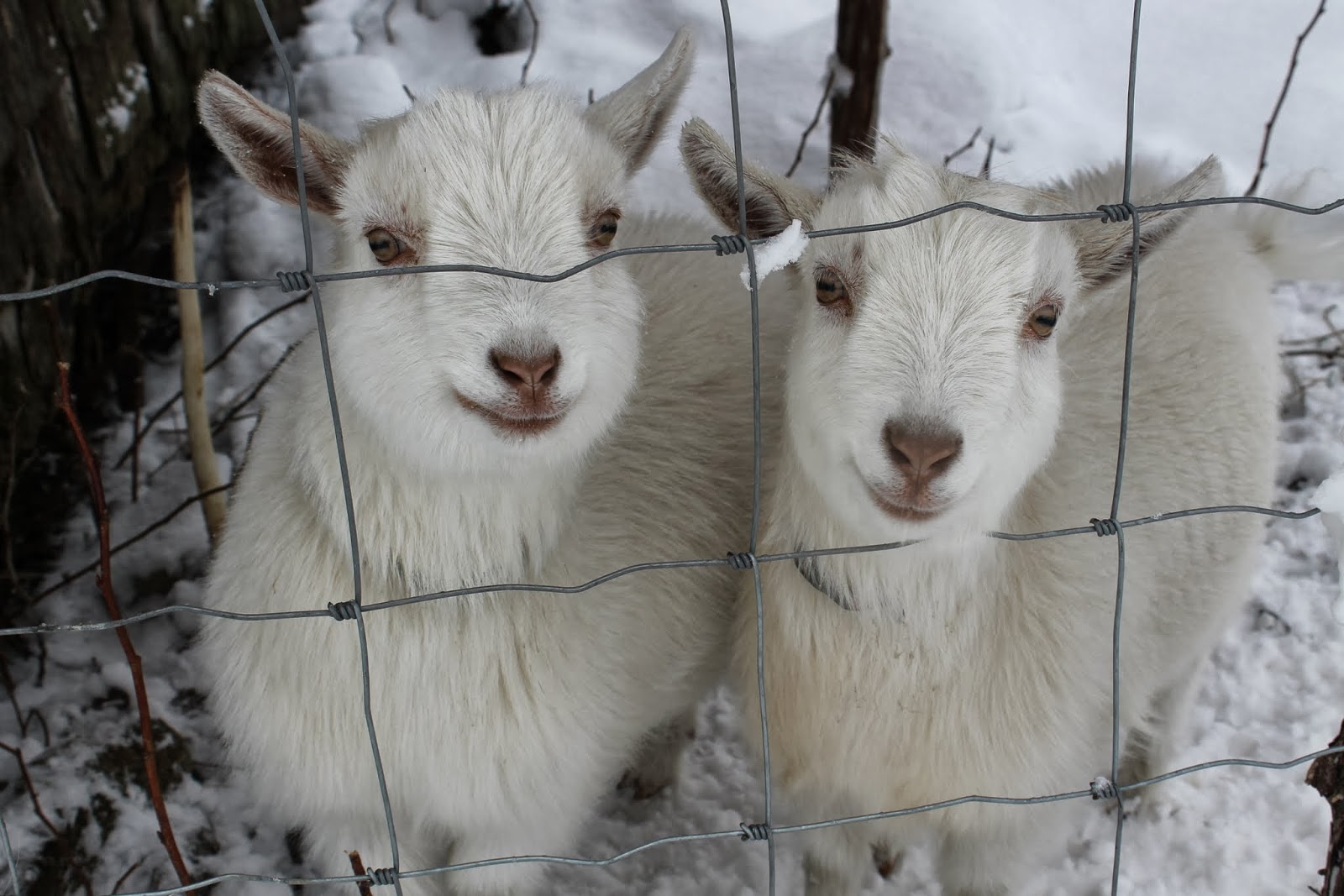 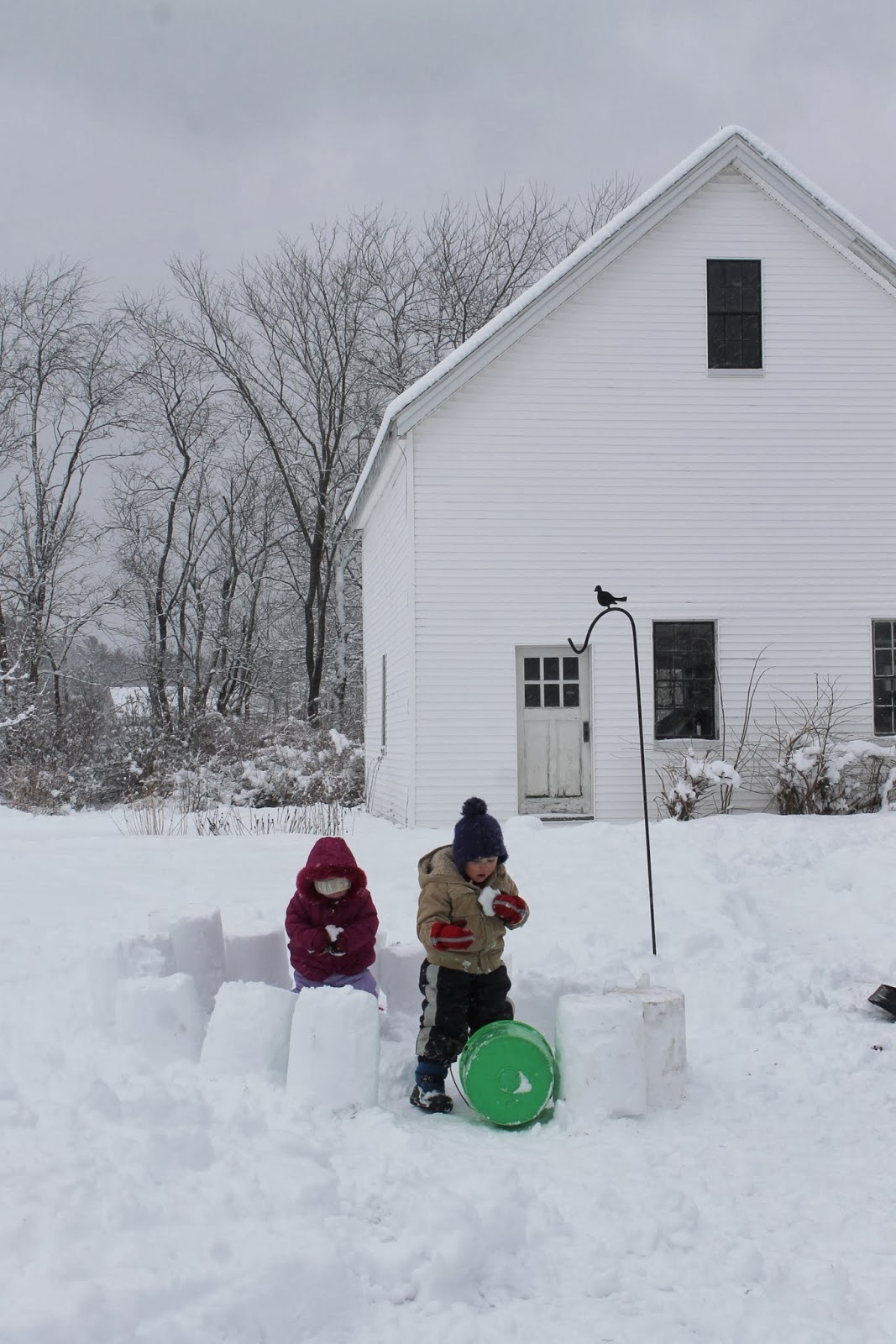 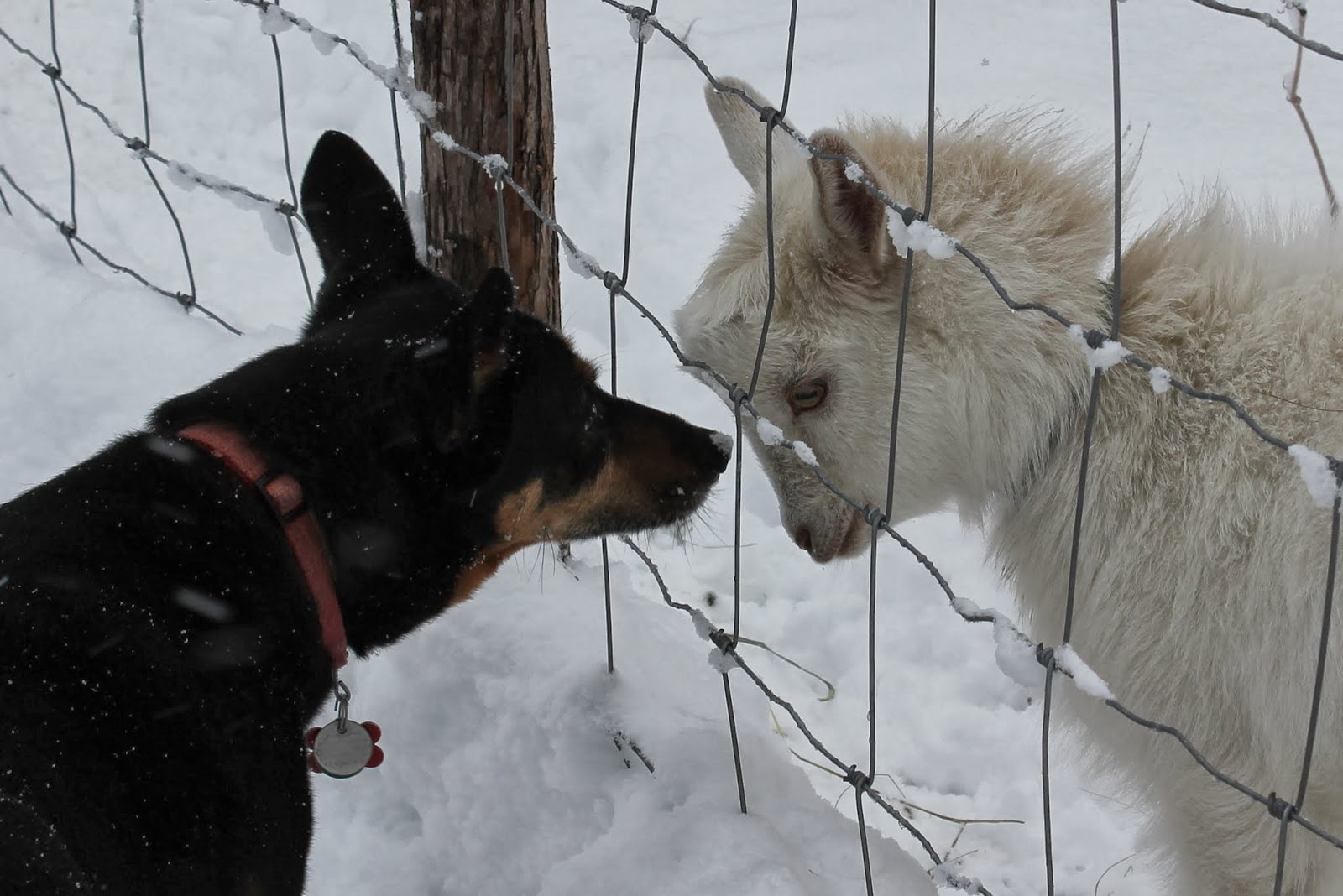 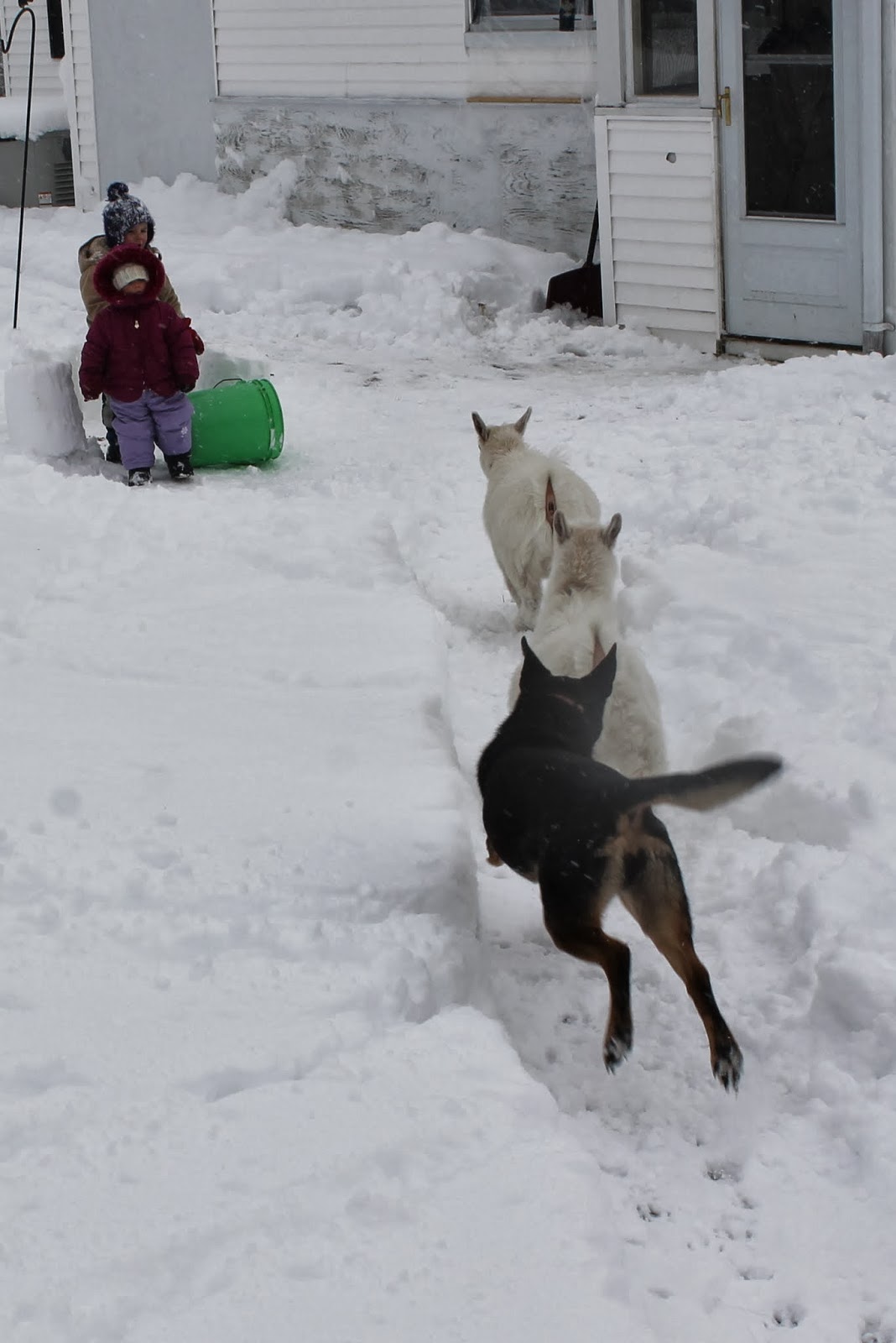 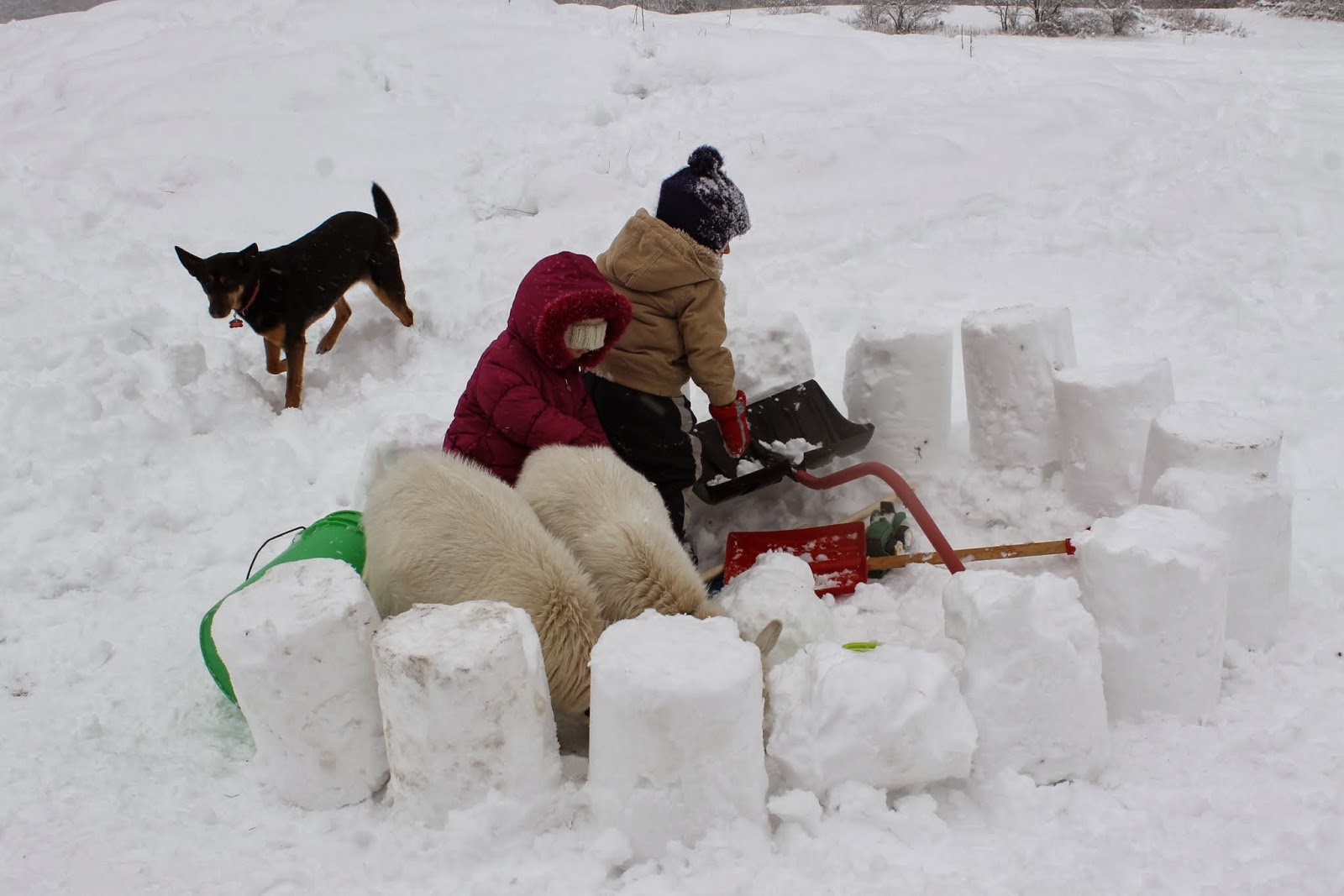 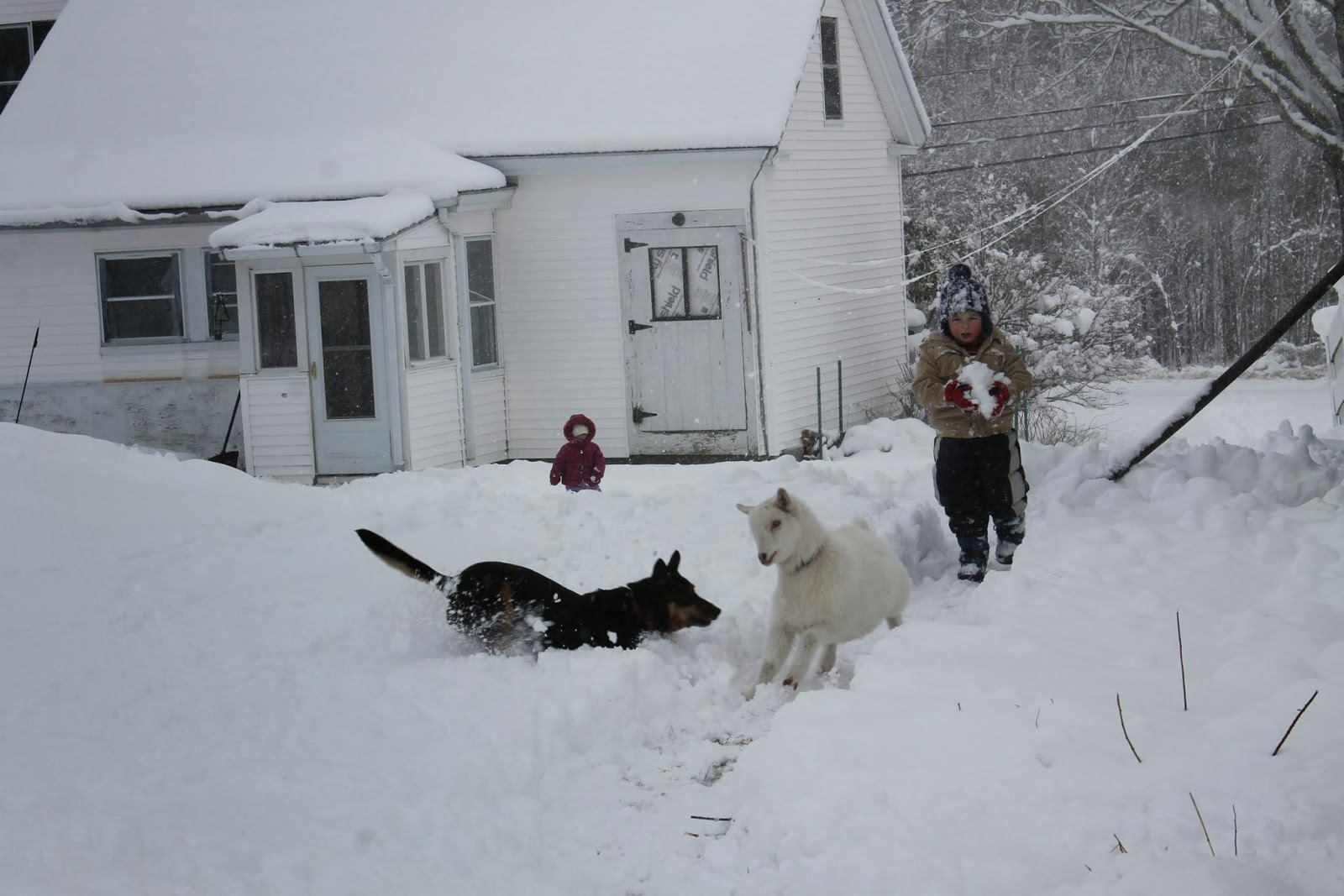 Thankful for the joy seasons bring to our lives.