I am a woman who runs this little farm.  At one point, I had >80 animals here, so some don't consider this homestead small.  But regardless of size...tiny, small, medium sized, it's a farm.  And I run it.

I am a woman who runs a farm. I raise and tend chickens, goats, cows, our rabbit, dogs and cats. I milk the cow, make butter, yogurt and cheese. I collect and sell our eggs.  I tend our garden and preserve so much food that each day we are still eating mostly homegrown.

I am also a part time working mom and a homeschooling mama of two.

Pair my schedule with my husband's, we get only two days a month that we co parent.  If I ask, he does help when he can, but mostly, especially because of our schedules, I'm flying solo.

You know, I have gotten some unsolicited feedback from time to time, mostly about the schedule I keep and all I'm trying to do. I've been told before that no one can manage all that and that it's just a matter of time before I fail.

In the last two weeks, I've really questioned whether or not I can do this without failing.

With farming, there's bound to be deaths and it's so hard when there's a wave of them.

I was planning on drying up our milkcow in prep for her August calf. I've been the only one who has been milking...I was looking forward to a couple months of a break.  I've even been working on the freezer stash, prepping for that milk hiatus.

Instead, I went out the other night to find a dead calf.

And just when I was feeling comfortable and not overwhelmed with the volume of milk coming in each day, more milk started coming.  So.much.milk.

Nearly three weeks ago, I had the kids fill the incubator with eggs.  I had 35 viable, took them out of the egg turner and locked them down in prep for hatching.   All was working fine.  The next day, the outlet stopped working. Cold eggs. We lost them all.

And then there was a chicken who was dying in the coop. The last time this happened, I couldn't bring myself to put her out of her misery and she died such a sad death.  I felt so guilty that I couldn't humanely take her life. I.just.couldn't.do.it.   This time around, I knew I had to suck it up and do it.  I don't know how I mustered up the courage, but I did it. I killed a hen for the very first time.

And then our rabbit ran away.

Who am I? Who have I become?  Why do I keep failing at everything I touch?  Is this who I want to be? 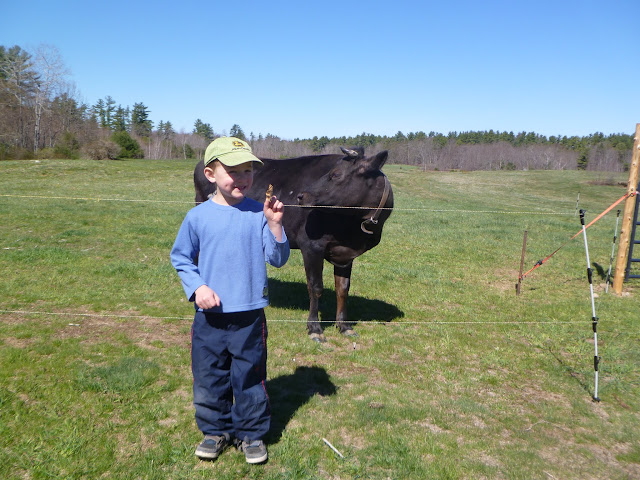 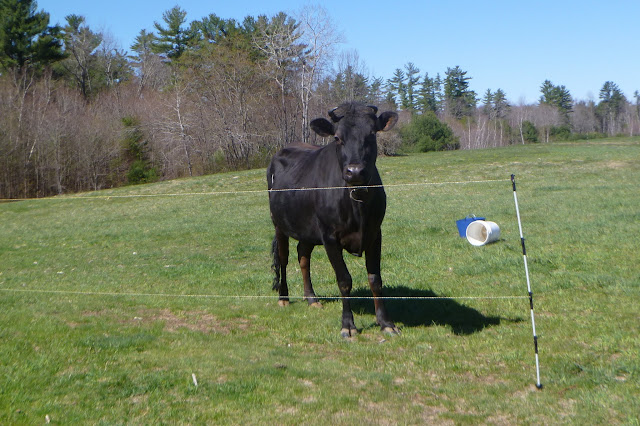 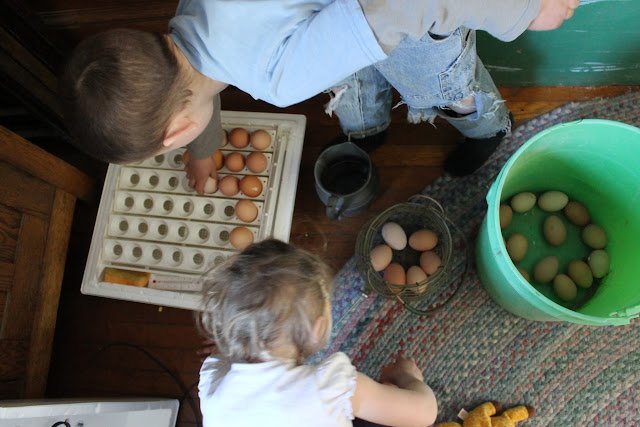 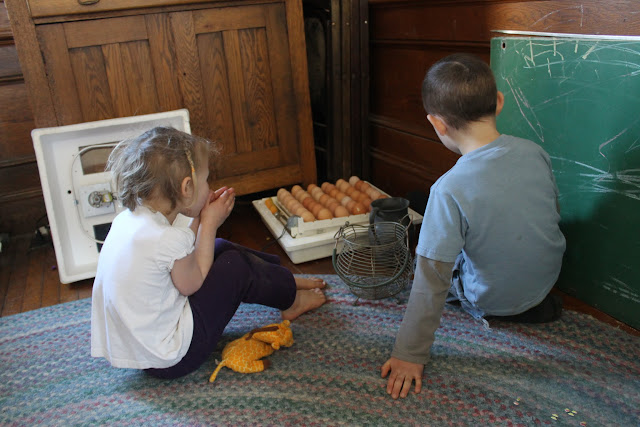 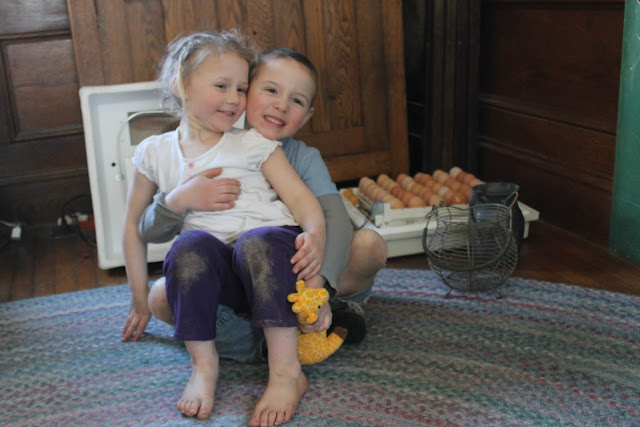 I totally caught myself thinking that.

I made a conscious decision to not wallow in the failure.  I say 'the', because it's not like it's anything "I" did.  Just circumstantial.  And really, are they failures or learning opportunities? This old house living...something is always breaking. You better bet I'll be choosing a different outlet next time.

And about the cow?  I figured out how to read her heats, called the breeder at the appropriate time and she actually did get pregnant.  That's certainly not something I knew about a year ago!

And that chicken? While I don't want to do have to do that again, I imagine I will at some point. It comes with the territory.  Thinking about that chicken's death being so much quicker than the last who died, I know I did the right thing.

And our rabbit, Hop?  He came back days later and with the help of friends, I caught him.

All my rebuttals have *I* in them. Because *I* am learning, growing and becoming more self sufficient and independent.  I used to count on my husband to do the rototilling...but I know I can do that now.  I put up a good portion of the last fence by myself. I know how to fix things. I stacked nearly all of the wood outside last year and now I split wood with an ax. I am turning into one tough chick....one who will not let all these failures rattler her. In fact, I had such an interesting compliment from my husband.  He said "I see you handle that cow. You're much smaller than that cow, but she knows you're boss." That's right. I am in control. The majority of our animals are still alive, so I must be doing *something* right, yes? I hope so.

I remember earlier in our marriage, a visitor, who was a man, offered to start a fire for me. "No thanks, I've got this", I said.  His response?  "You know how to start fires?"  I absolutely do.   Sure, not every fire I start is lit in one match.  Sometimes they might take 2 or 3 or 4 matches.  I don't give up until it's lit.  That's right. I've got this.

This farm? I'm not giving up on it either. I've got this. 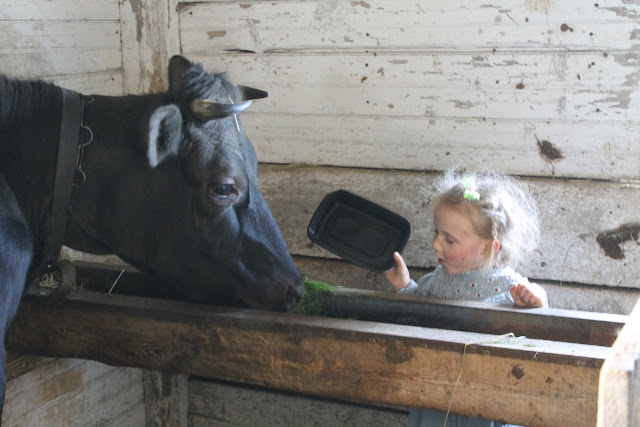 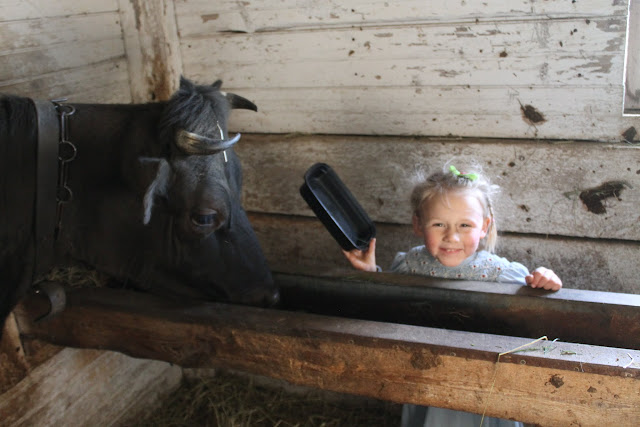 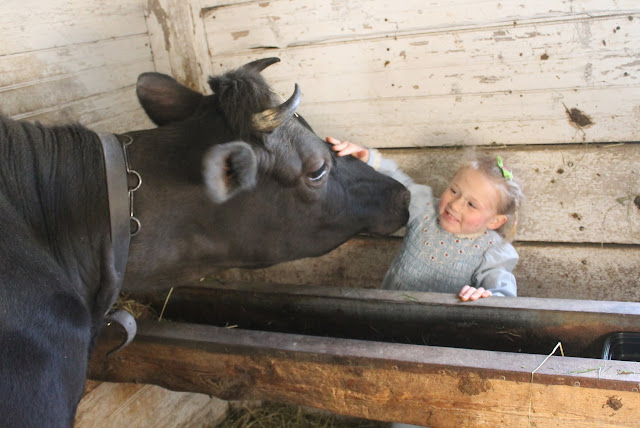 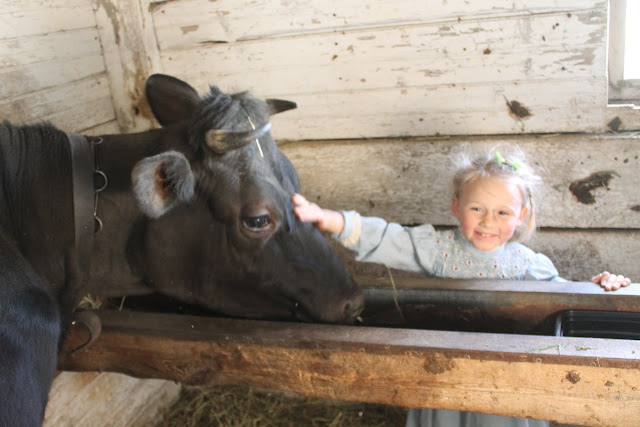 One day at a time...tomorrow will be better!