Two Saturdays ago, all was going well with incubator.  It was time to lockdown, so I did as I normally would do....candle the eggs and keep the viable ones (35/42 this time around), take the egg turner out, increase the humidity and lockdown the whole thing, in prep for hatching in 5 days. Did that on Saturday. Checked on Sunday.  Worked 11 hours and then attended a 4-H meeting on Monday, with the bookends of my day being tending the animals and children....I just didn't check. First thing Tuesday morning, cold incubator. Cold eggs.  The entire outlet stopped working.

I felt so defeated. On the way out the door on Tuesday, I asked my husband to dispose of the eggs. Instead, he just plugged them back in to a different outlet.  Glad he did!  On Saturday, we had two chicks hatch.  Stone cold eggs into chicks....what a miracle!  Certainly not the up to 35 that I was expecting, but it was something at least! 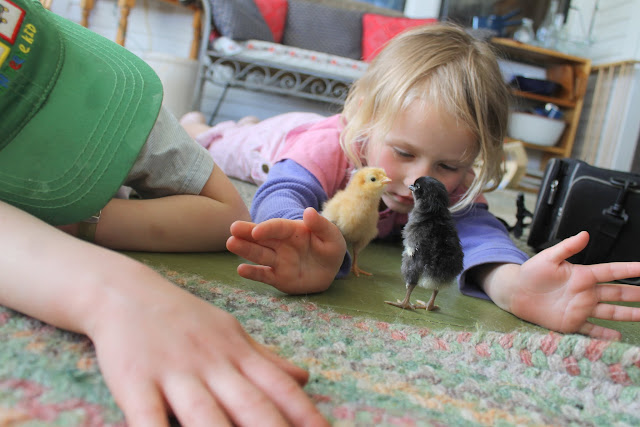 I noticed that this tiny little black chick wasn't doing well.  His little toes were all curled in and he couldn't stand on his feet.  I've had this happen before and the chick ended up dying.  Last time around, we tried an intervention, but we were too late.  This time, I recognized the need straight away and decided to jump into some habilitation.  Especially since if that one died, the lone chick might also die from being alone (those chicks love flocks). I made tiny sandals and taped them to the chick's toes/feet with painter's tape.  After 16 hours of having splinted legs, that baby chick was able to stand up. Now she can walk just fine, never knew she had a problem.  How about that?!  I can almost guarantee that chick wouldn't have made it without intervention, so I feel mighty proud about that. I should have taken before and after pics! 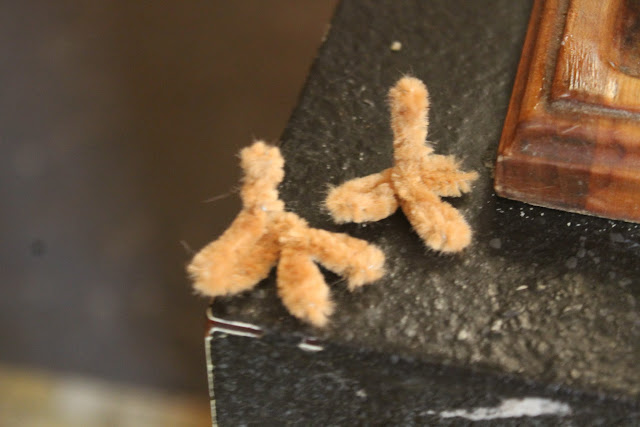 Audra claims the yellow one is hers and she named it "Blackie".  Adrian has claimed the black one is his and he named it "Blue Ford".  As much as I tried to sway their decisions, they have decided.
Introducing "Blackie" and "Blue Ford", the miracle chicks. 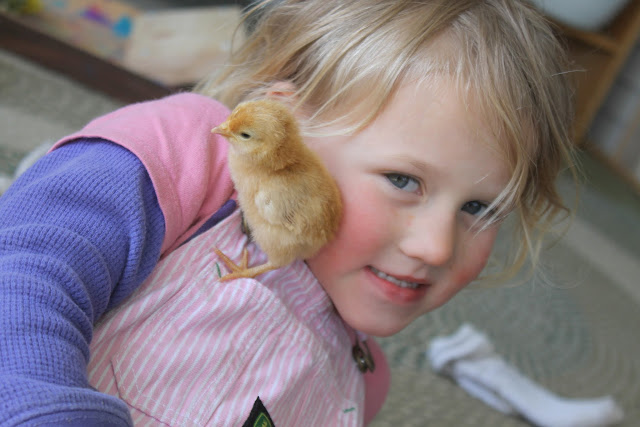 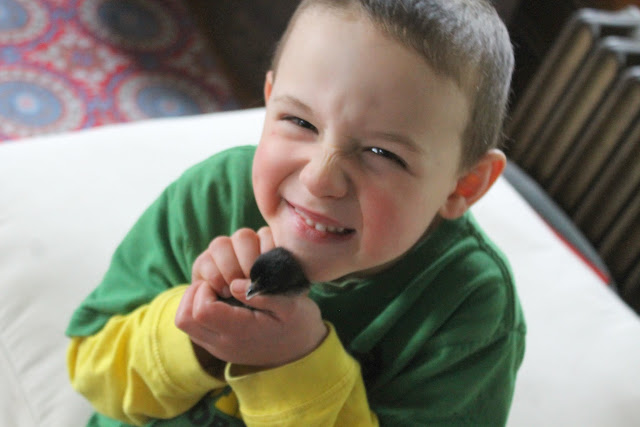 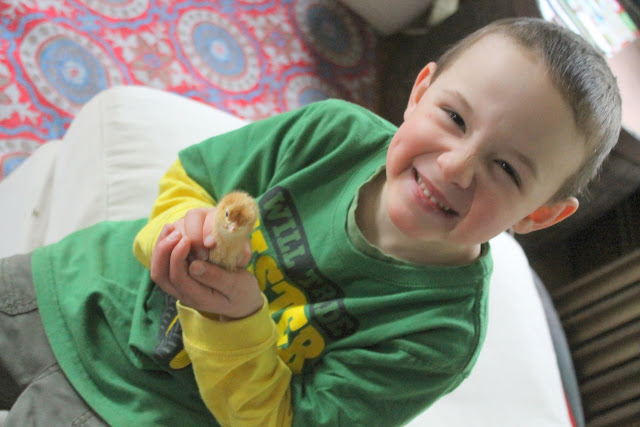 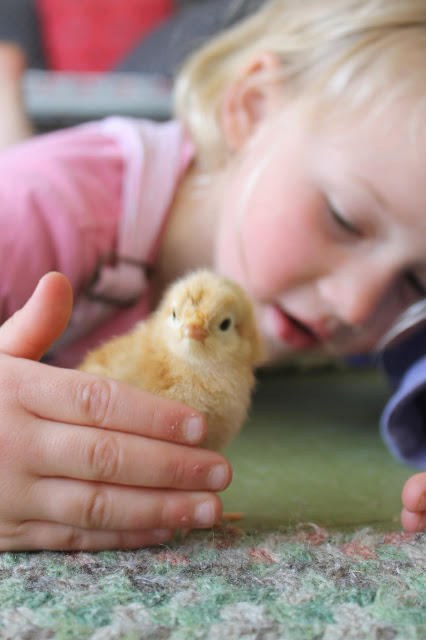 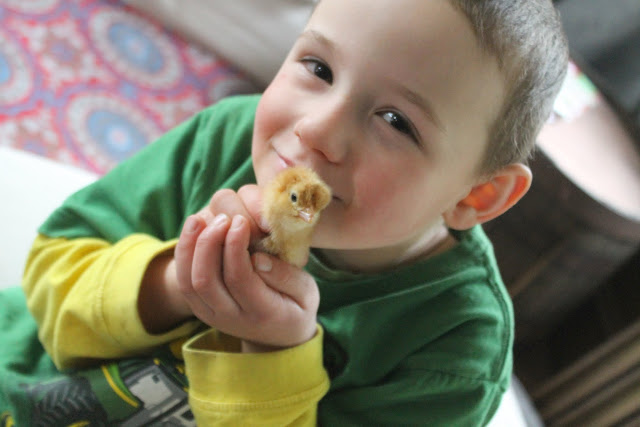 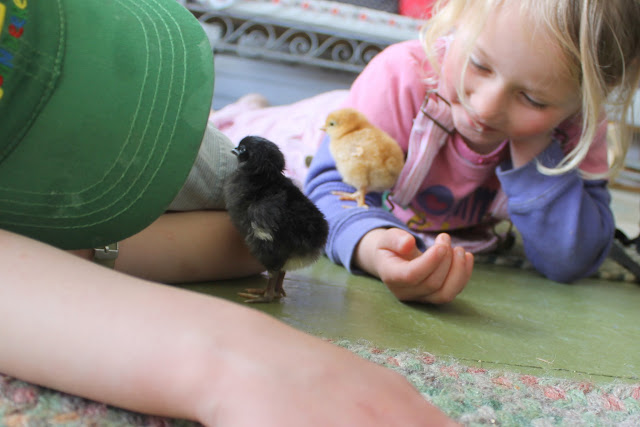 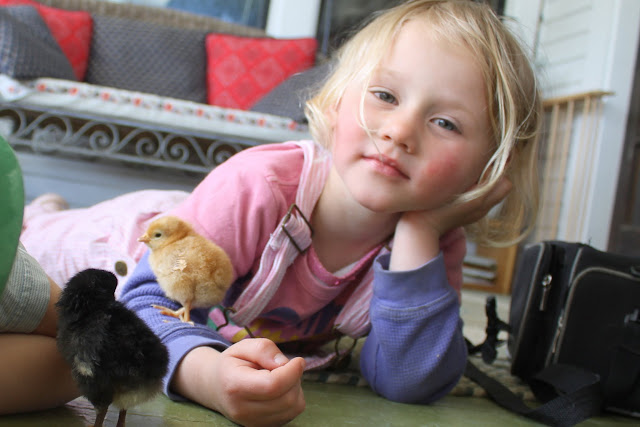 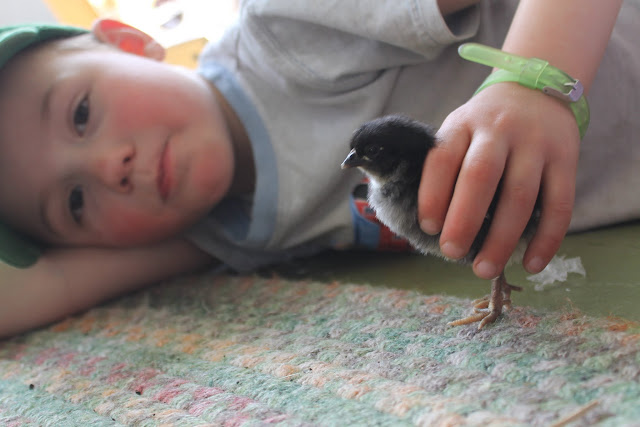 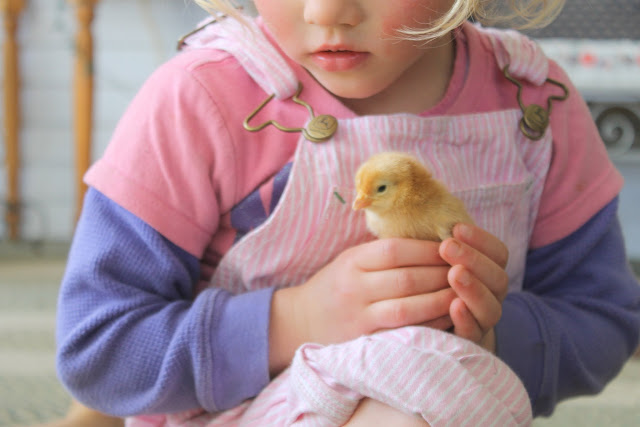 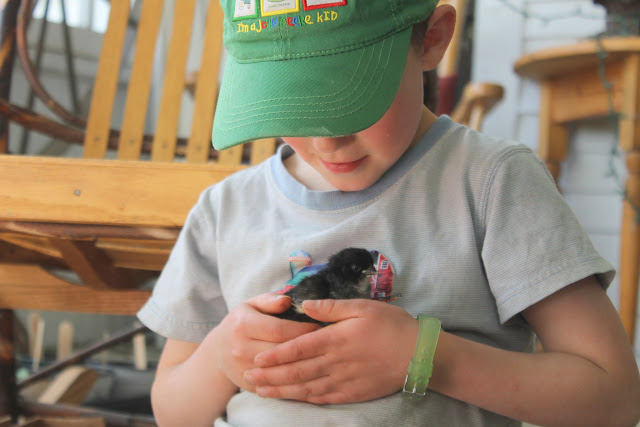 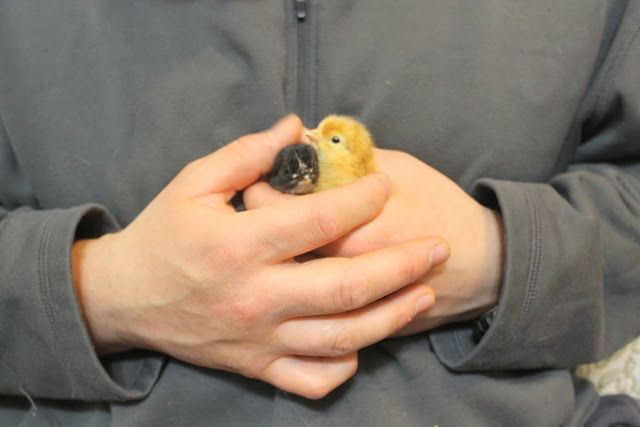 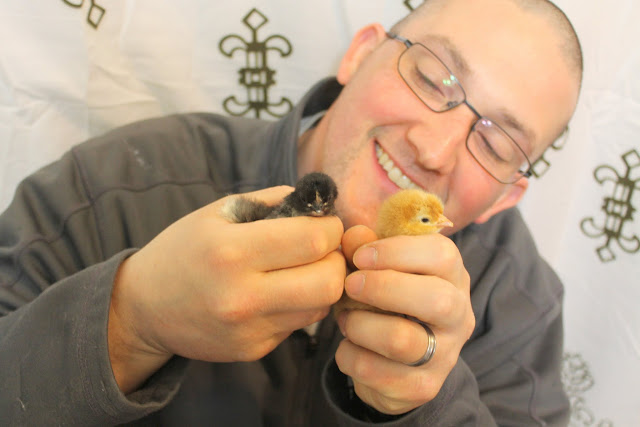