We saw my husband's boss in Walmart.  He generously gave our Adrian two dollars and told him he could get whatever he wanted. Adrian's face lit right up and he held on to those dollar bills as we walked up and down each aisle.

After a half a dozen aisles, his eyes locked on a boxed cake mix.  He instantly decided *that* was what he wanted.  Nothing else.

Mama suggested, "How about a new tooth brush? Markers that aren't dried?   Even M&Ms you can share with mama?  You know, we can make our own cake at home, we don't need a box to make a cake."

His opinion wouldn't be swayed.  He's never made anything from a box before, but he was determined.  He said it would be "so special" and "delicious". 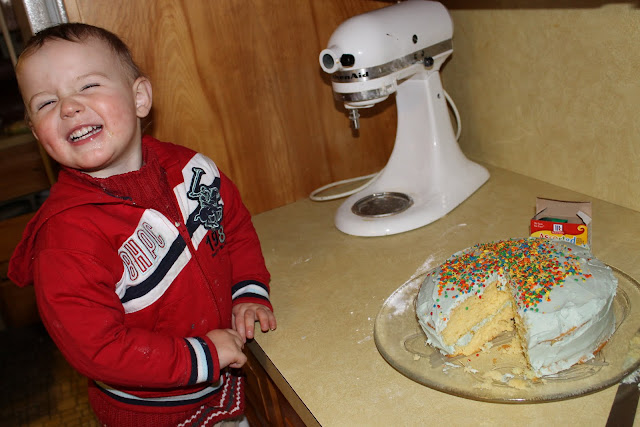 He (obviously) was quite excited.

And you know what?  It was special and it was delicious.  Who was I to try to talk him into something else?  I love my little guy with such strong opinions.  I need to listen to him more often and not doubt his ideas. 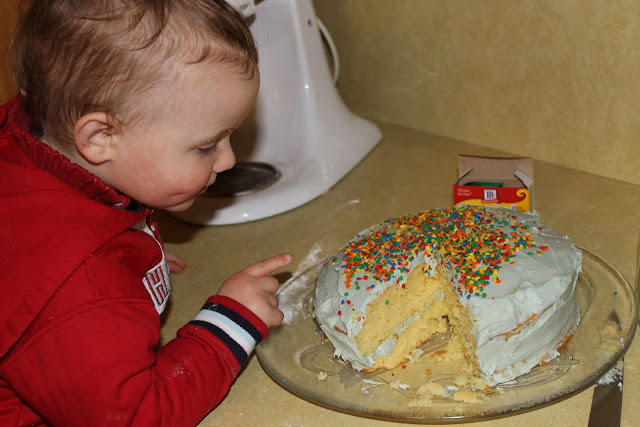 Of course, sweet Audra was right there too.  She's pretty good at looking cute. 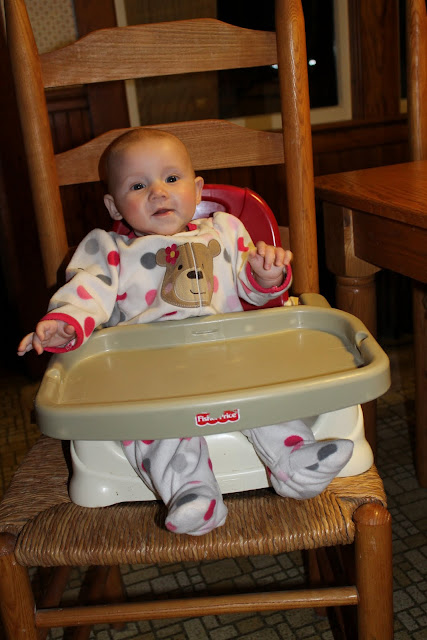 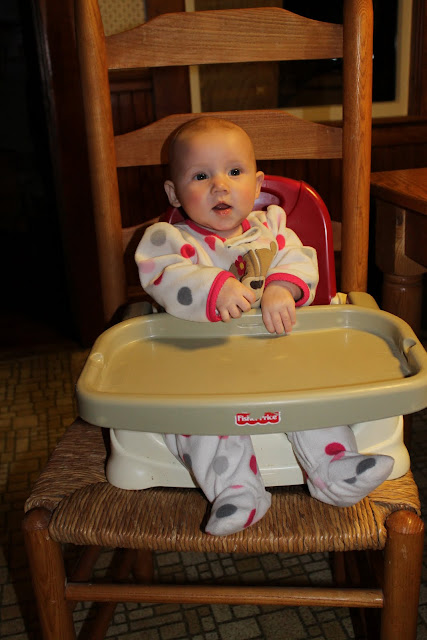 It's quite a blessing, raising these two.