New here?  Take a peek at my introductions to Homemade Living.

And now that the introductions are out of the way, I bring you my latest obsession.  Dry goods canning, in the oven. Stay with me, I promise I'm not signing you up for something crazy.

It's no secret that I'm a little...well...intense about preserving.

You remember that I make all of our own bread. Well, the pieces that don't get consumed, I just can't toss.  For ages, I've been letting them dry and then storing them until I have enough to process them.

What to do with dried bread? Some ideas:
-Toss in the food processor for bread crumbs.
-Use for stuffing (My particular favorites: broccoli-cauliflower casserole and butternut squash cranberry stuffing).
-Use for bread pudding.
-Make it croutons.
-Toss in French Onion Soup.

Not so crazy, right?  Making a little something out of nothing.

There is a part right here that you'll think I lost my marbles.  I live with hungry hippos who eat entire loaves.  There has been a serious lacking of bread scraps.  So I....gulp....made 4 loaves of bread with the intention of dehydrating them.  I know...I know....crazy.

After they were cooked, I cubed and put in the oven until they dehydrated.  I left them cubed so once we open a jar, we can make whatever we need with it. 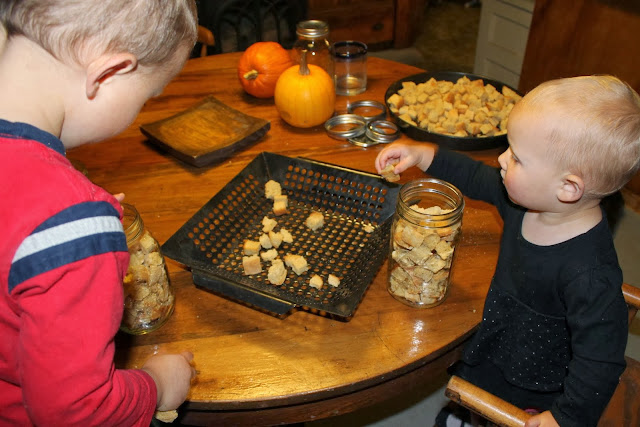 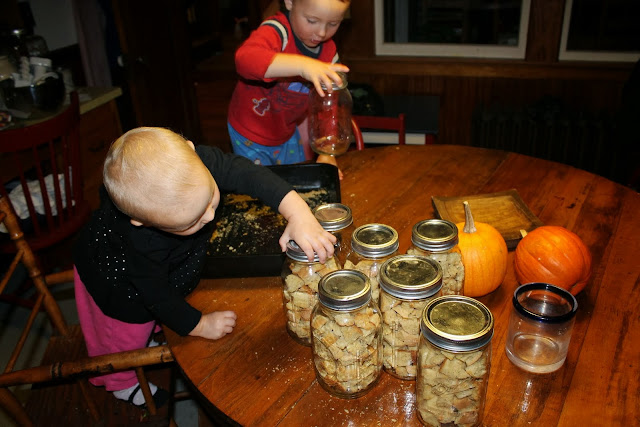 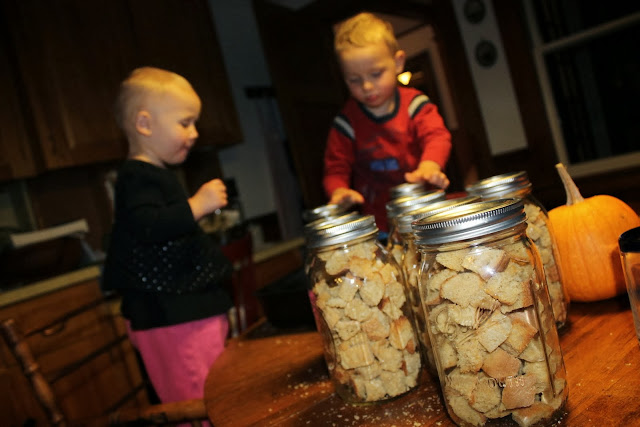 2) Now, how to can dried goods.  It's seriously the easiest thing ever. Preheat the oven to 200 degrees.  Place jars in oven without tops. (I placed them in a deep dish pan so they wouldn't spill). Bake for one hour.  When they come out, place canning tops on the jars and then screw lid down tight. (I re-used tops that had been sealed before).  And you'll hear the popping/sealing.

Worked great!  Even with used tops.

Although this technique isn't good for items that could spoil, it works great to keep the dried goods air tight.  Much longer shelf life, for sure.

I was super happy with the results. I did a lot of dehydrating early summer (due to having a broken chest freezer).  I went through and sealed those jars too.  And some stuff that was store bought (nothing that I suspected would be ruined through the process, though.) 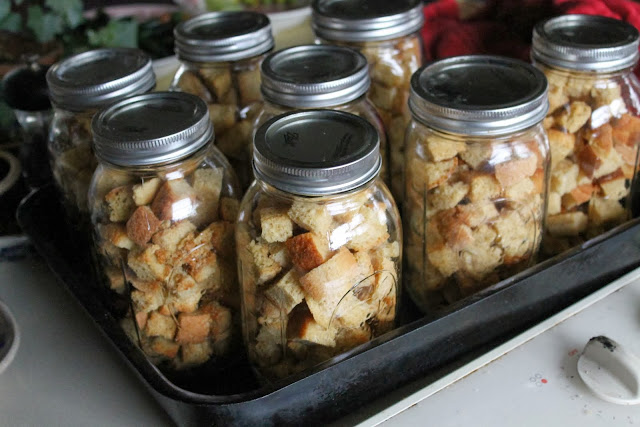 Safe to say, I sort of went crazy.

Did you notice today is Homemade Living Series day?  I'm posting today with some other fabulous ladies.  Do check them out.