Well, it's growing!  Weeds and all.  This year I was doing pretty well with weeds for some time and then...BOOM.  It's harvest time. I typically get about a half hour of gardening in between after my kids go to bed and when it gets dark. I just am not able to harvest and weed in that short time.  Oh well. I have harvested nearly 80 pounds of produce thus far, so that's not too bad. I can see pretty quickly that this size garden isn't big enough to feed five of us hungry hippos year round.  In years past, I'd pick a big bowl of beans and we'd eat half, I'd freeze half. And now my kids eat the other half before I can preserve it.  Except for raspberries, I suppose. We cannot eat two pounds of raspberries day after day I have found.  I have happily been putting them in the freezer!  Anyway, welcome to the jungle. 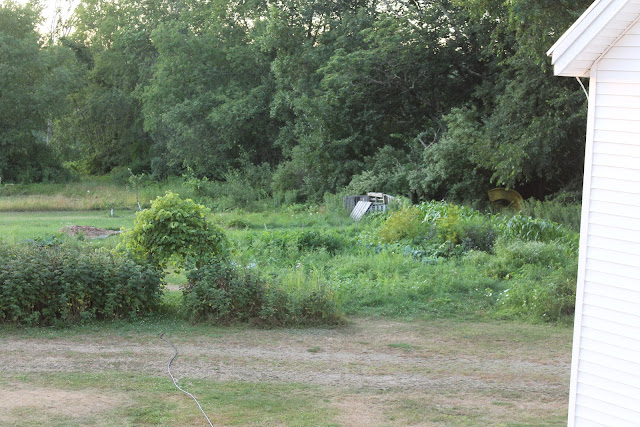 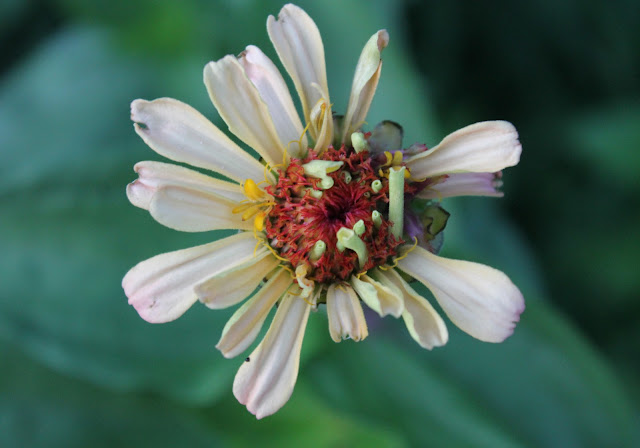 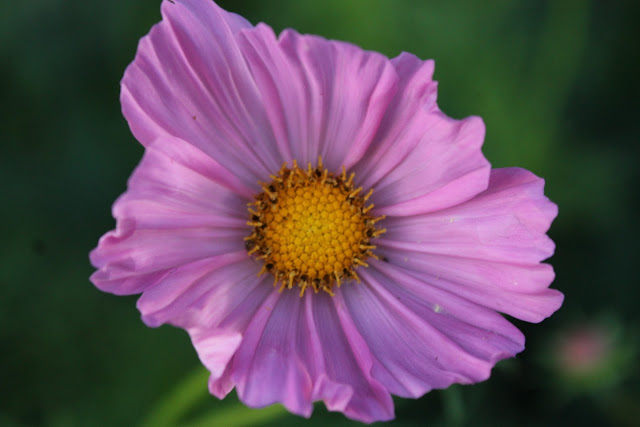 Corn is a good hideout for cats, I suppose. 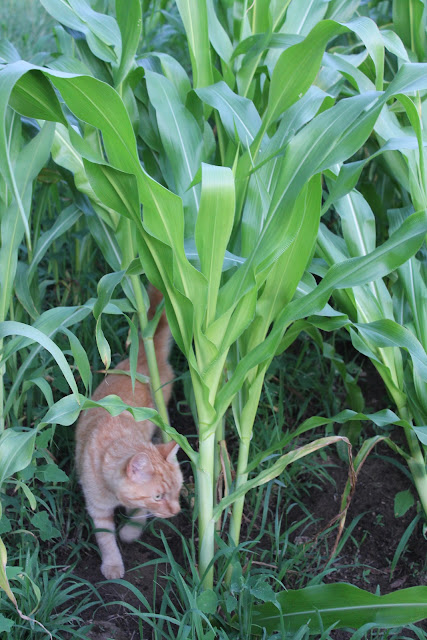 Pulling off by the pound 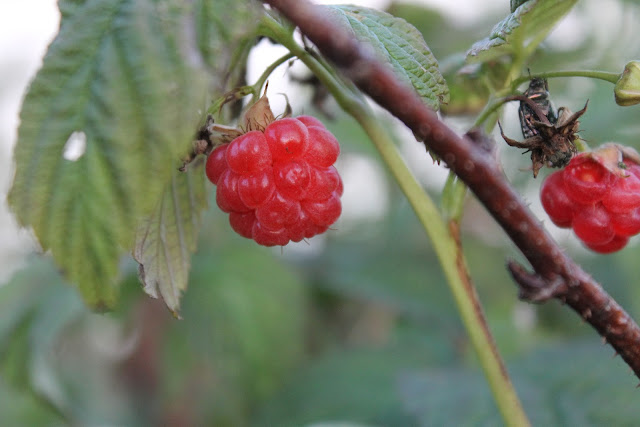 First homegrown cherries, ever!  Made some jam with them. 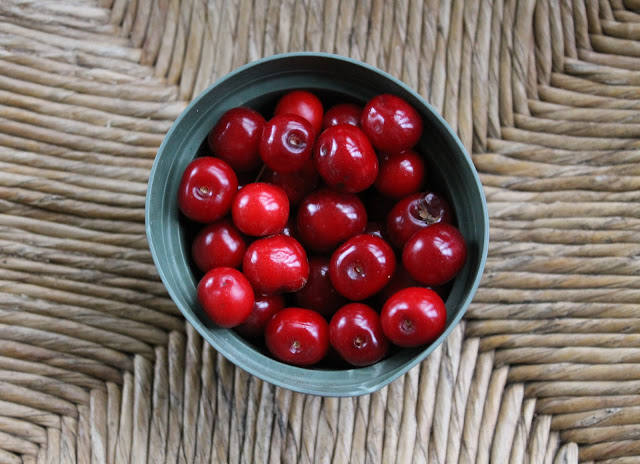 Finally pulled some rhubarb in for the freezer. 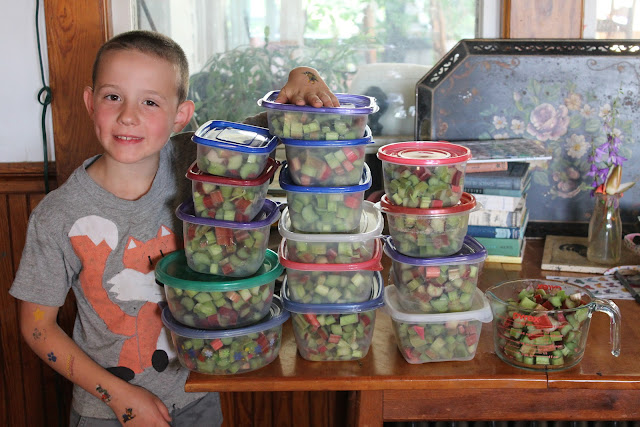 Pulled off the first zucchini and tomatoes. 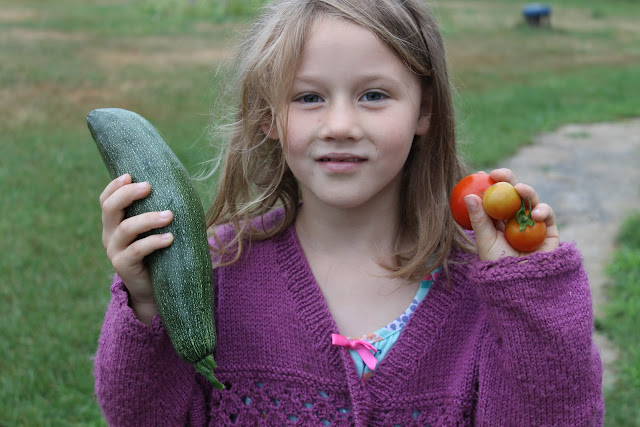 Meals look a lot like this lately.  And yes, my kids eat this stuff. Impressive, some think. I'd argue that they eat it because they grew it.  Thankful for this homegrown life. 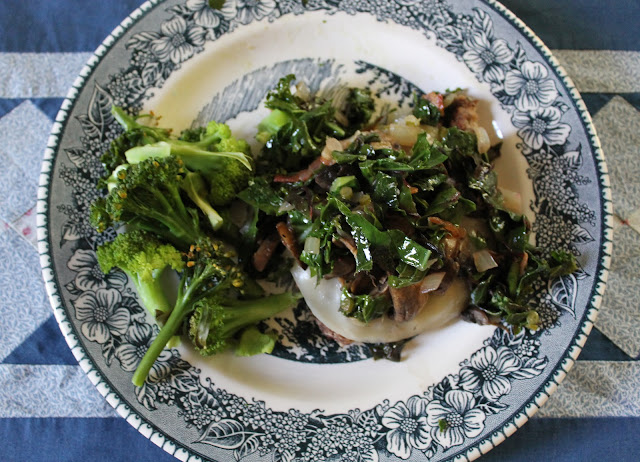