Dress Up the Men in your Life

A little trip down memory lane with this post.  When I was in highschool, I was big on making quilts for everyone, but also prom gear...for everyone!  Myself, my friends, my brother, my brother's friends, boyfriends.  I also made graduation dresses for my pals and I was often in charge of making costumes for school plays.   As I come across those creations, I'll post what I made.  For the guys, I've made suit coats, vests, bow ties and regular ties.  When I was home this summer, my brother found (and wore to a wedding!) his vest and bow tie from his prom. Here it is! 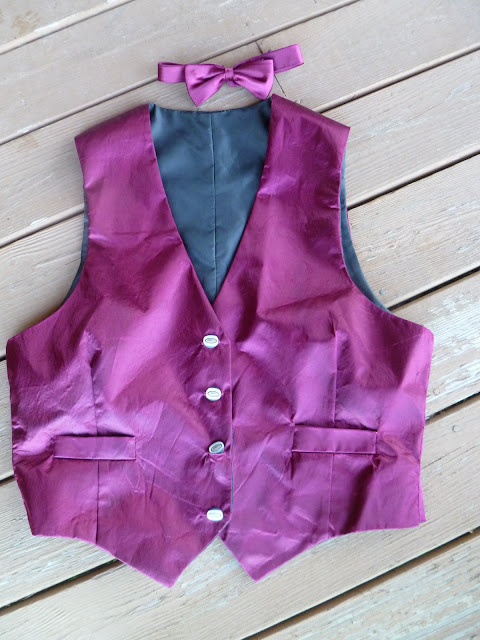 He picked out everything for the vest and bow tie.  I bought him black dress pants, and a new white collar shirt at TJ Maxx.  I remember feeling excited, as I got both for only $17.00.  (I say I'm like an elephant, I never forget). I was going to get them suit coats too, but they decided suit coats were a waste because everyone takes them off at the Prom, since it's so hot at that time of year. 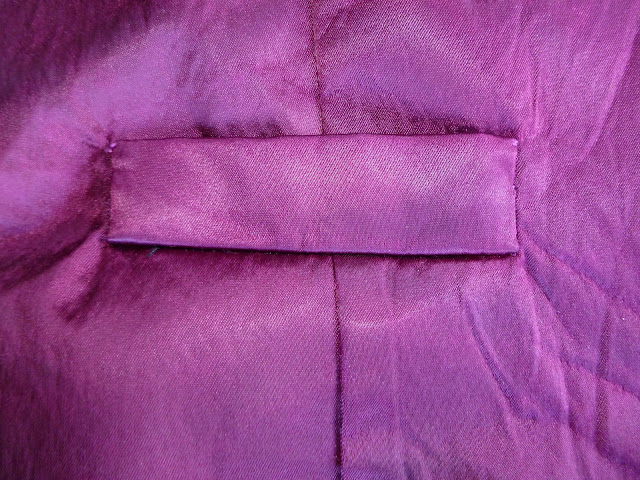 I sewed it, but made him sew on the buttons. 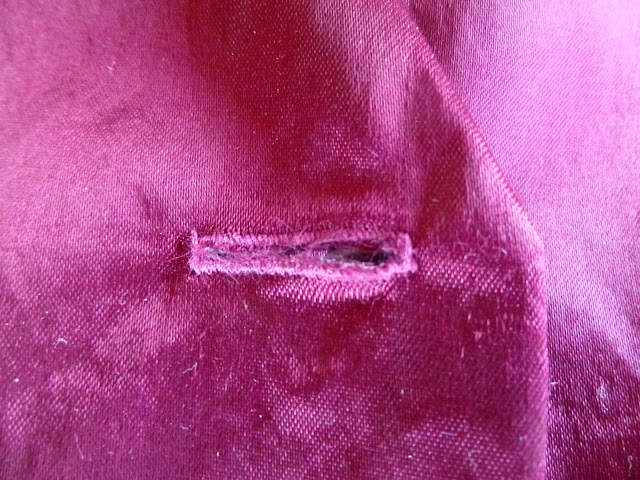 And here's a matching bow tie. 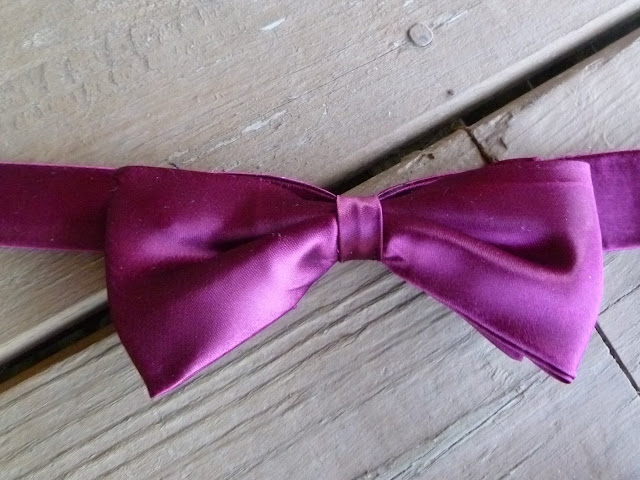 Here's my brother on the right. We also did the same thing (TJ Maxx outfit, I made the vest and tie, made him sew on the buttons as he grumbled) for his buddy on the left.  The buddy in the middle isn't nearly as cheap.  He actually rented his.  But the cheap dudes were pretty stoked they spent less than $35 total on the whole outfit.  They thought it was a much better deal than  renting, as they got to keep this instead.  I should have charged those cheapskates labor.