My little one loves whales.  He has been pointing to his only whale shirt, saying "WOOSH" for quite some time.  However, his only whale shirt is now a shirt that shows off that little belly of his.  Waaay too small, but he loves it and asks for it.  We got in a little squabble, as he insisted he was going to wear it out and about.  A new whale shirt that fit was next on my agenda.  The plain blue shirt I got for a buck at a thrift store would do the trick, particularly since it's the size up...it should fit for a while. (Template at bottom of post.) 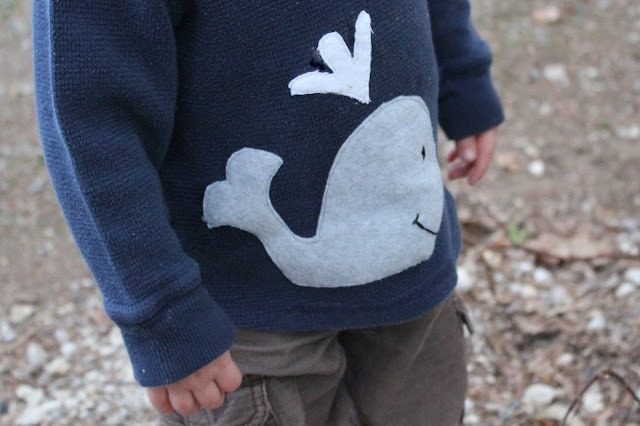 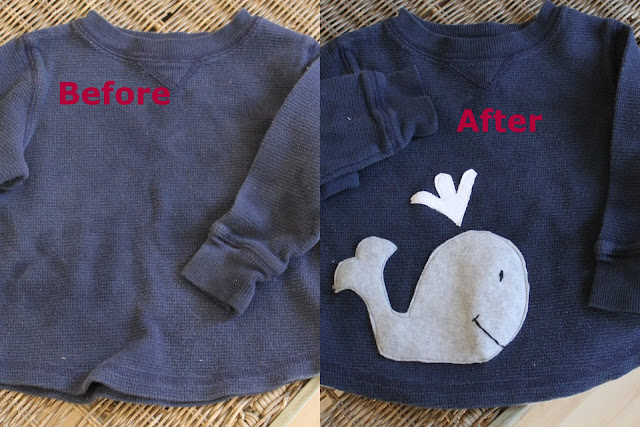 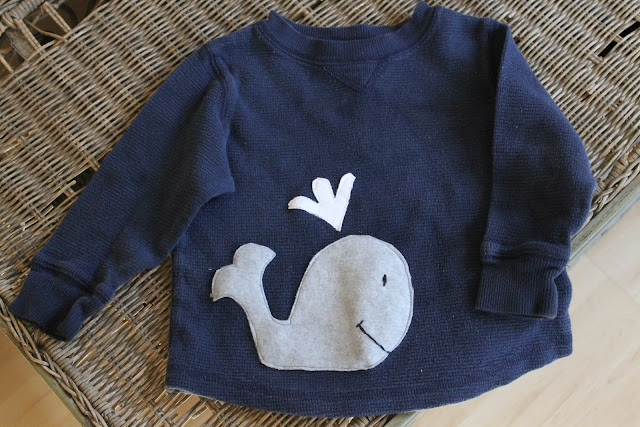 He loves it.  Can't get enough of touching that whale and saying "woosh". 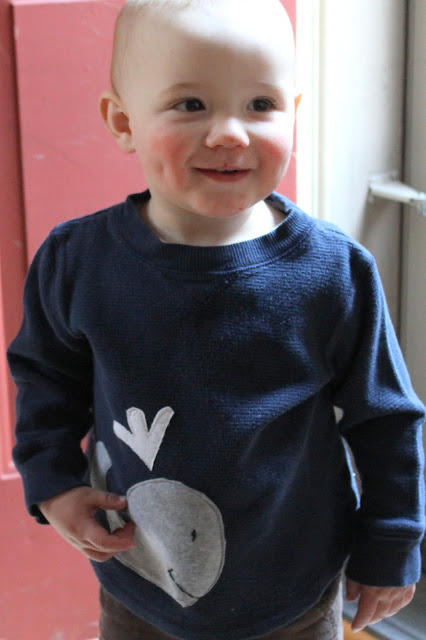 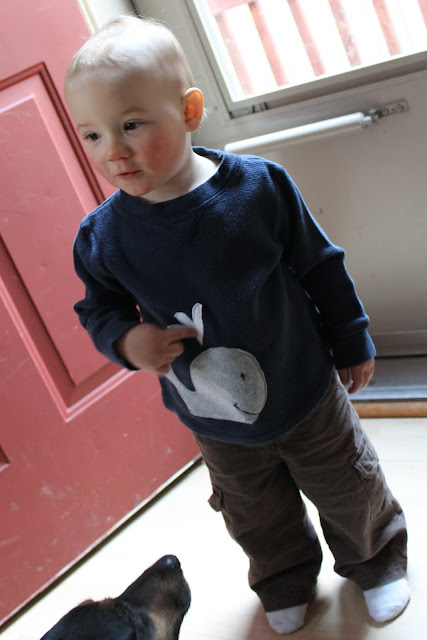 Loves it so much that he wants to wear it filthy. With his too-big goretex hat ($2.00 thrifting score!) and his too big boots (from the BOG), he looks like he's about ready to hop on that whaling boat. 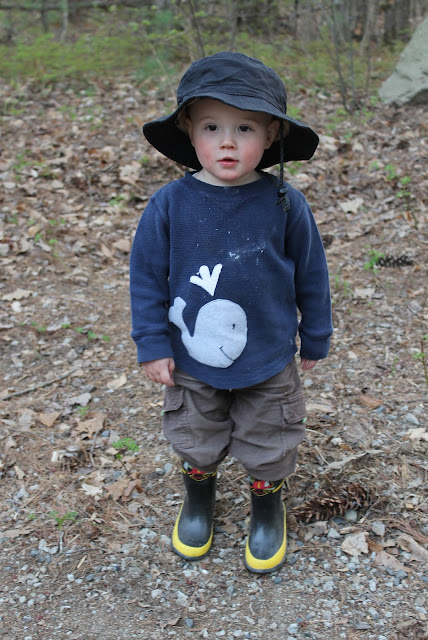 Gotta love a kid who loves mama made.

Here's the free template in case you wanted to make a go. I searched online for a template, but I never like what I see online.  So, I drew my own whale.  I used fleece, which is nice because the edges don't fray.  Therefore, I didn't have to finish the edges, I can just stitch with a straight stitch.  It was a super quick project completed while he napped.  The eye and nose are embroidered by hand.