When it's summer, we eat outside for just about every meal, including breakfast.  We have a full farmer's porch on our house with table and chairs, with a window screen-less for convenient delivery of the meals.  Plus we have the patio out back we installed as well.  Usually breakfast and lunch are on the shaded farmer's porch and dinner is out back...where we can have an occasional fire to toast s'mores after dinner.

On those warm days in March when we had a crew over, I was itching to eat outside.  But, we didn't have enough seating in either space to accommodate multiple adults as well as kiddos.  I was dreaming about a space just for the kiddos to sit.  Since I'm too darn cheap to buy anything, I got to work.  Here's my creation: 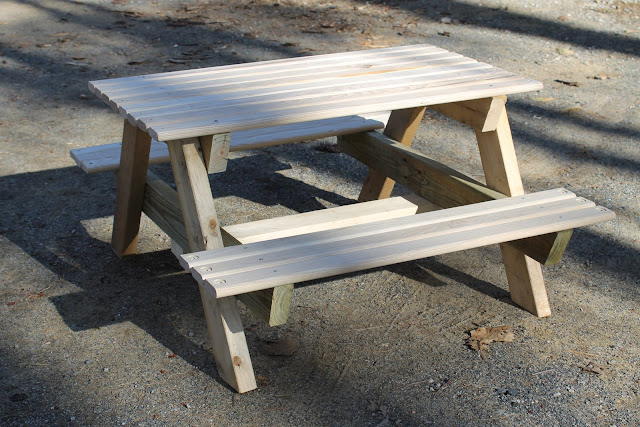 What's awesome about it is that we spent a grand whopping total of $3.00 on lumber. Less than the cost of a cup of coffee.  Everything else is either scraps left over from when our garage was built or scraps from our neighbor's woodworking job.  The drawback of using scraps is when trying to use what you've got, it's very tricky save some time by using a pattern.  I thought of doing this pattern, but then wasn't able to make what I had fit in that pattern.  So, I skipped a pattern, did all the measuring and creating on my own, using our adult picnic table as a guide... and here it is! 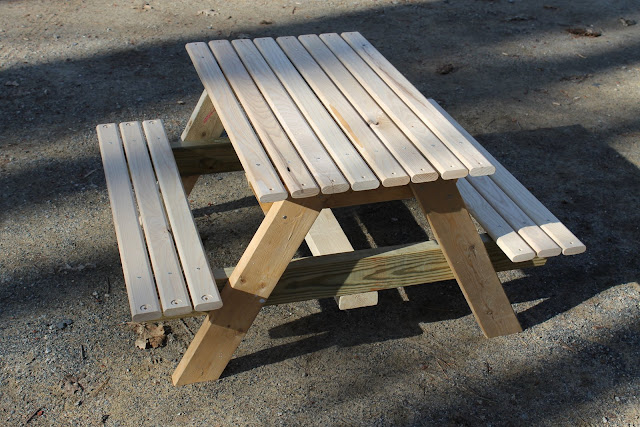 Remember, I'm not a carpenter and don't really know what I'm doing.   I'm just either brave enough (or foolish enough) to think that I can create something that is in my mind. Is it perfect?  Nope.  But it's sturdy and functional.  And my little guy loves it. 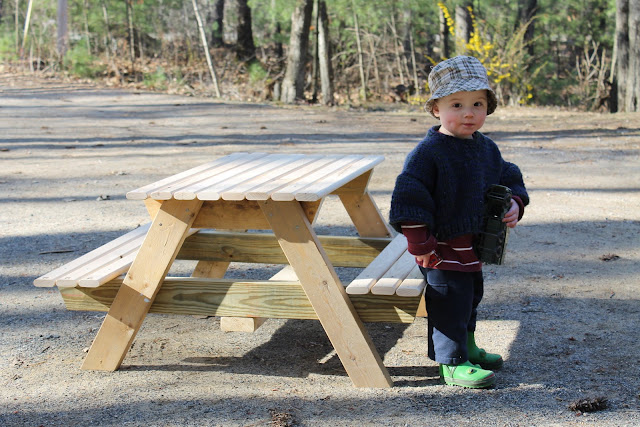 He, of course, thinks it's another train table, like the other one I made him. 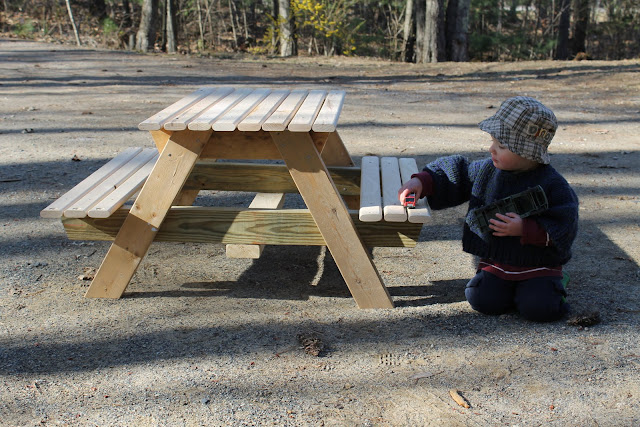 But he'll at least stop to give a quick smile. 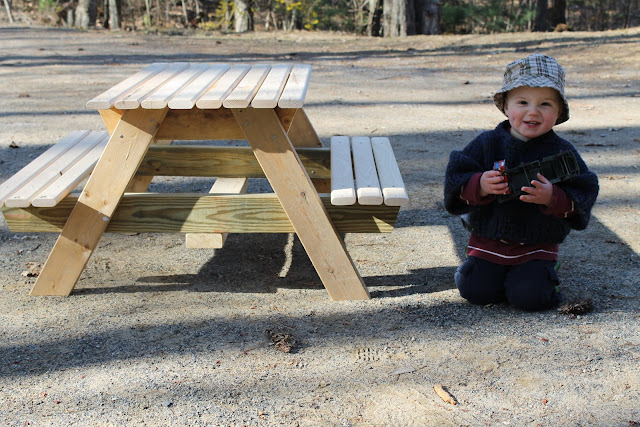 The awesome part of this project is that it was truly a family project.  When my little guy was napping, my husband (willingly!) helped make some cuts.  Most of my projects are completed while my little guy sleeps, but not this one. Since his attention span for filling and dumping dirt in the dumptruck is much longer than mine, I just began my project in close proximity to his construction zone.  What happened is he left his construction site and ended up watching and being most helpful with his mama's project.  We created together: he organized the tools, did some markings, handed nails/screws and informed me whenever I made a mistake or a mess.  And I loved every minute of it. 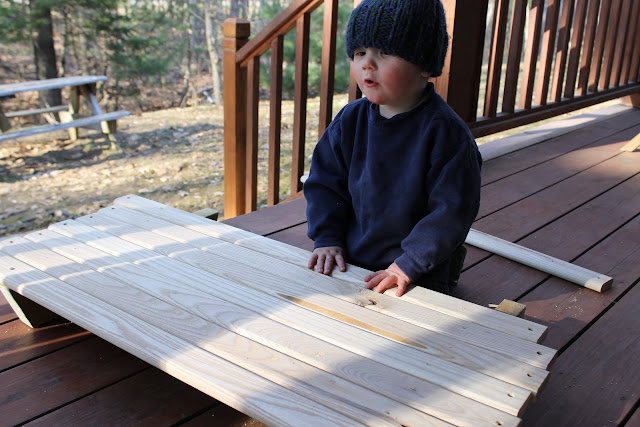 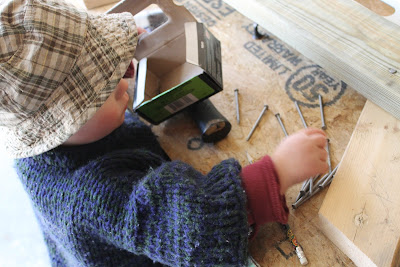 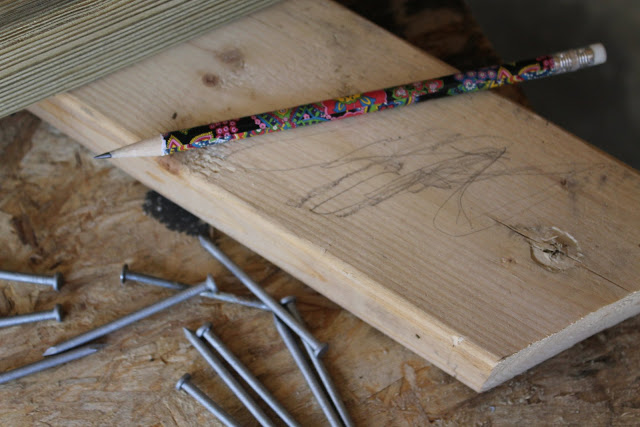 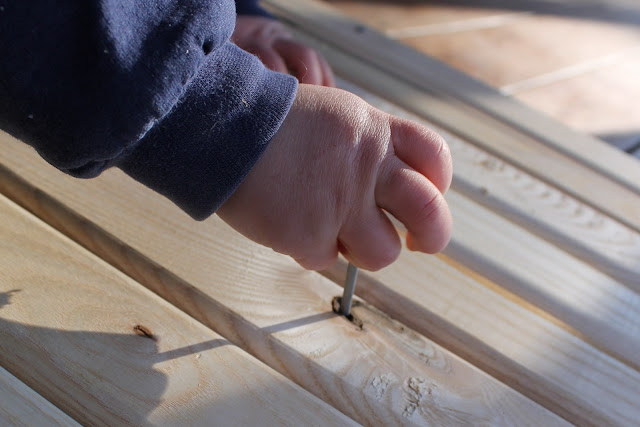 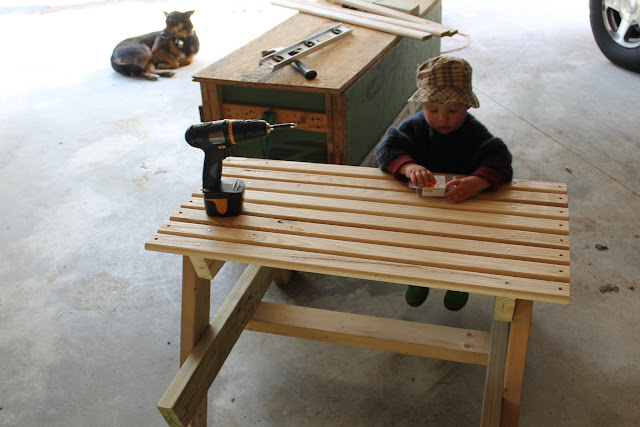 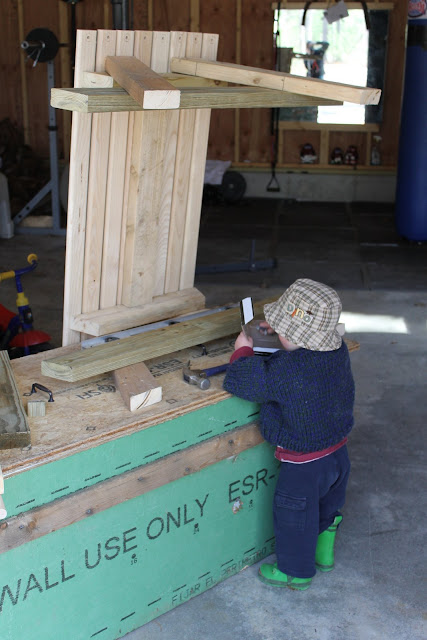 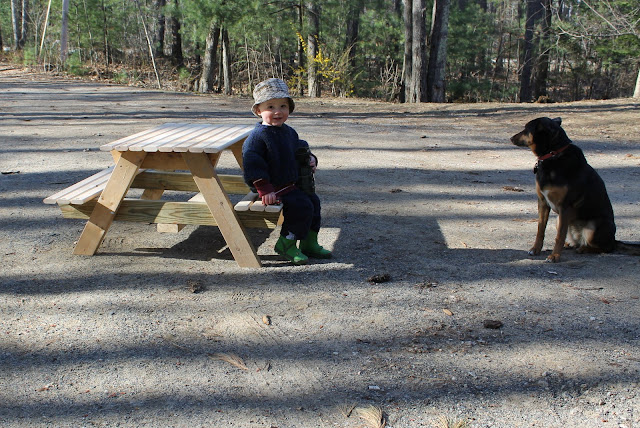