We made a deal.  We promised we would not be buying oodles of fix-up type materials in this new home until our other home sells.  I did buy a five gallon of white paint, but that's all that I've purchased new.

Now, you know I've been painting, painting and painting some more.  The bathroom, the diningroom/playroom and one hallway and the staircase (which I haven't shown you yet).  It was quite disheartening to have crisp white walls and almond colored plate covers.  Now, I know new plate covers are cheap, and my husband would have looked the other way if I decided to purchase new ones, but a deal is a deal, ya know. So, I got the fancy idea to cover them up.

In the bathroom, I used scrap paper.  Mod podged it on and then used a thompson water seal clear waterproof protectant spray.  (All of which was just hanging around our house).  Spiffed it up nicely, I'd say. 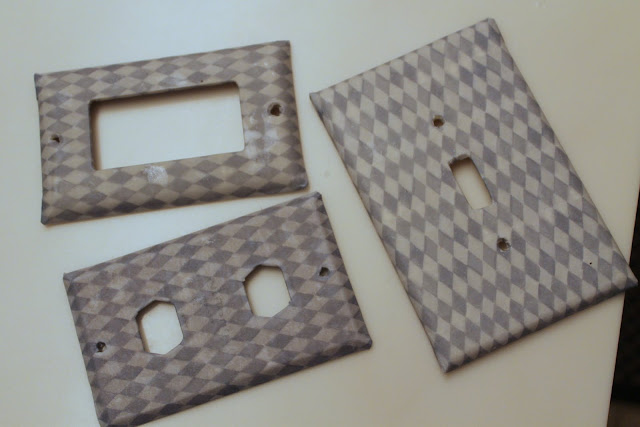 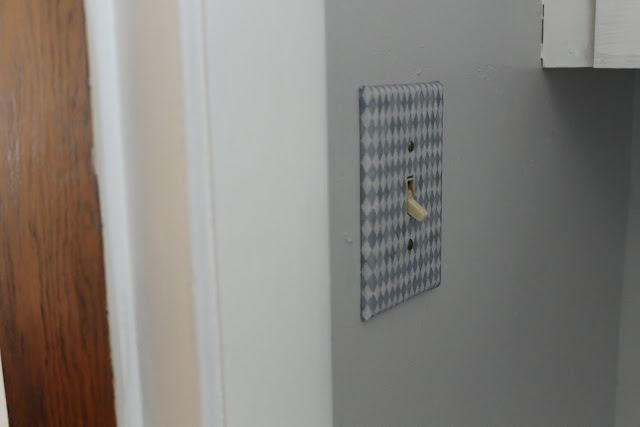 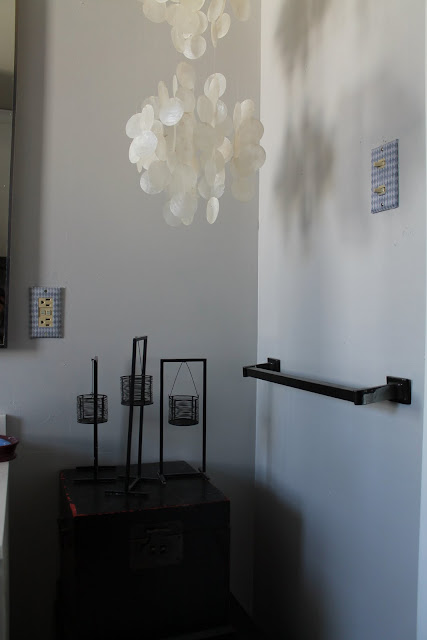 And in the playroom, I went for more fun.  I used fabric.  I just modpodged and skipped the waterproof part.  In fact i found the fabric to be easier to do than the paper.  I think it looks more spiffy in there too. 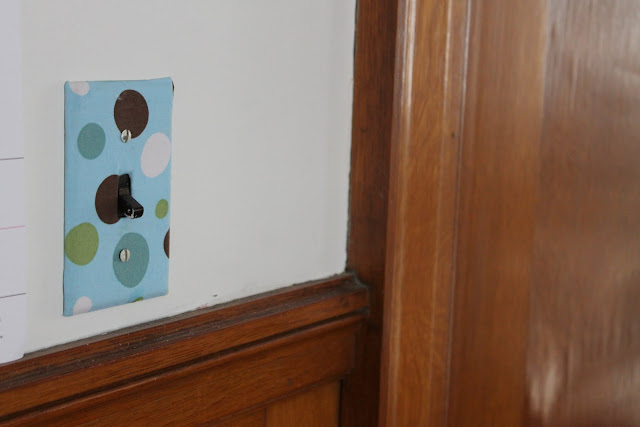 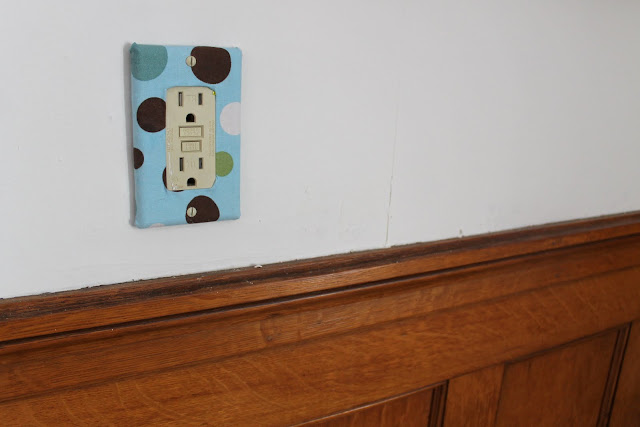 And in the hallway, I used this fab navy and polk a dot fabric.  I just love how these came out. 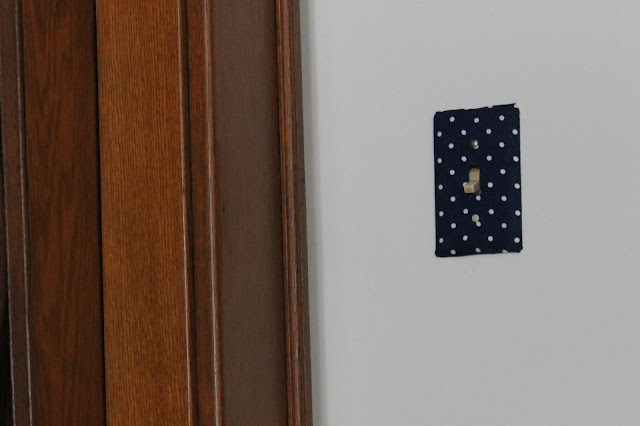 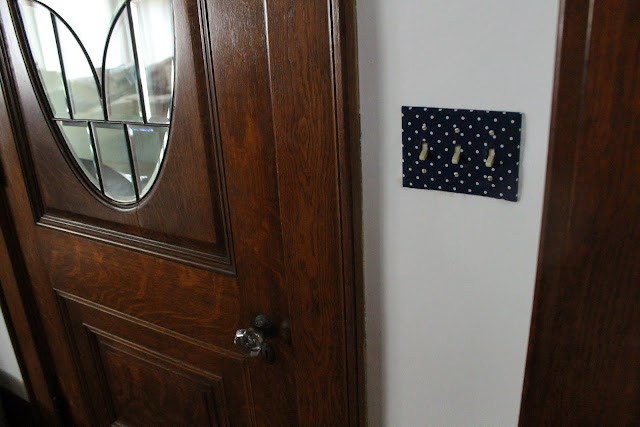 I don't know if they'll all stay for good, but I think it's all much better than almond color against white.  And I just love that it was F-R-E-E.  Don't those four letters spell a word that gives you flutters in your belly?

Okay, now for you...what room are you going to attempt spiffing up with outlet covers?