We woke up to a snow covered house. Adrian spent the majority of a 5 hour span outside.  Not playing, goodness now. Working.  His grandparents got him a new shovel for Christmas. He's been itching to use it. He shoveled paths everywhere, including from the house to the garage and his play area.  He wanted to do the whole driveway, but the snowblower helped with that. He wants chains for his John Deere wagon. And a John Deere with a plow.  Of course.  Miss Audra went from claiming she liked snow to asserting that it's 'too too too cold".  I hear ya!

All in all, so magical having this fresh blanket of snow. 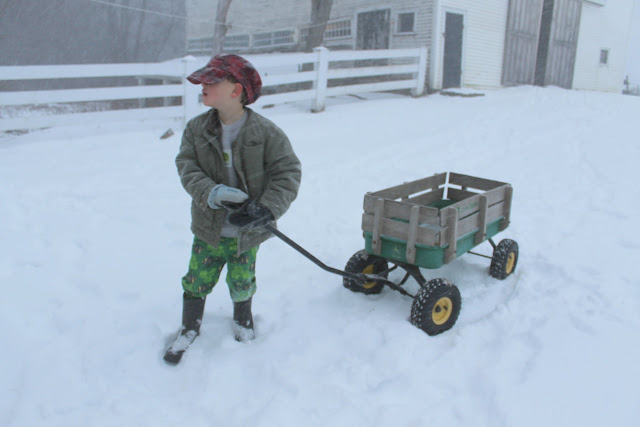 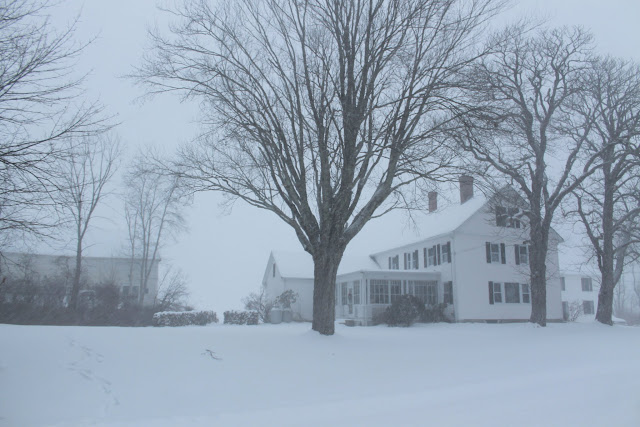 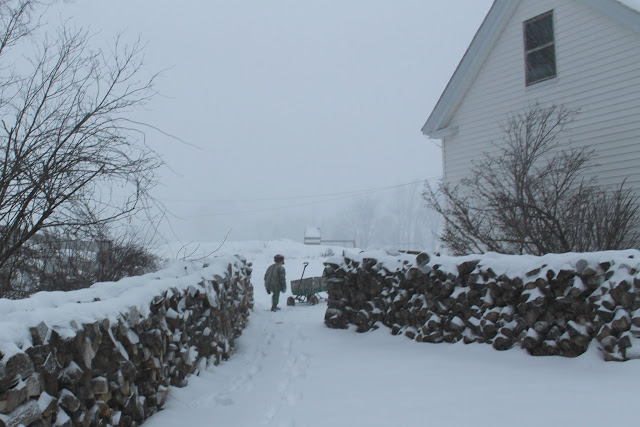 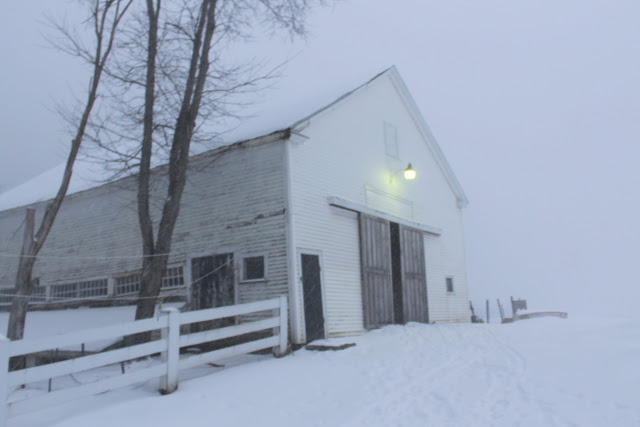 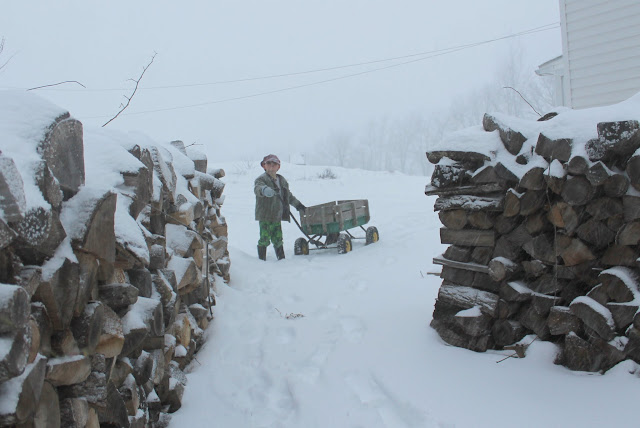 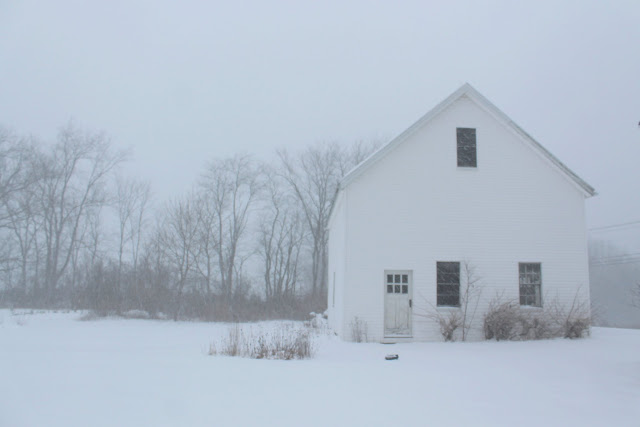 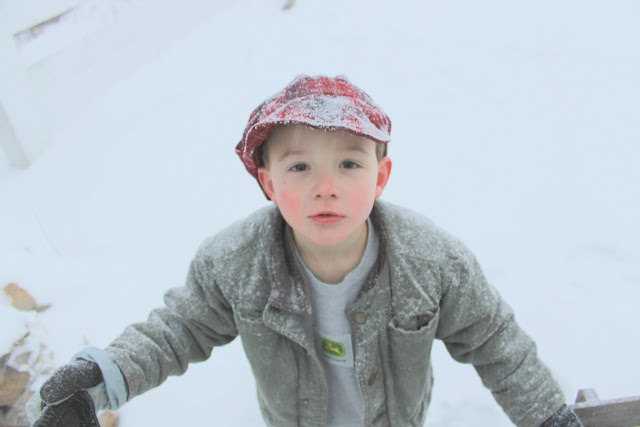 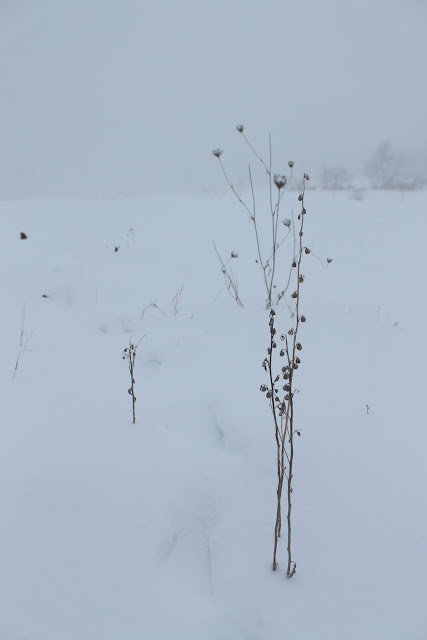 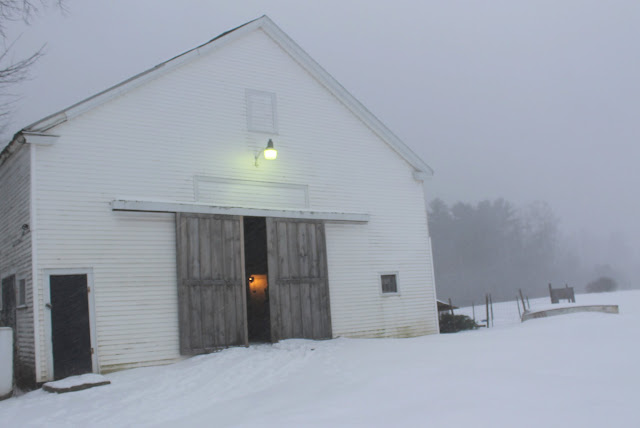 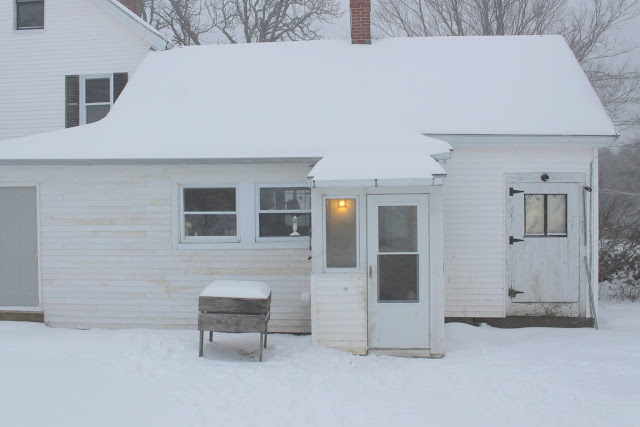 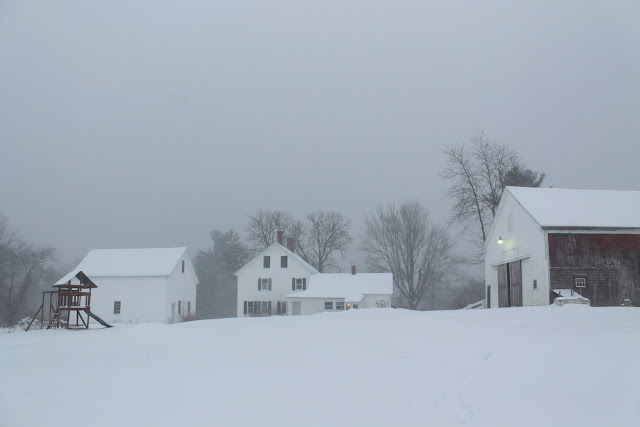 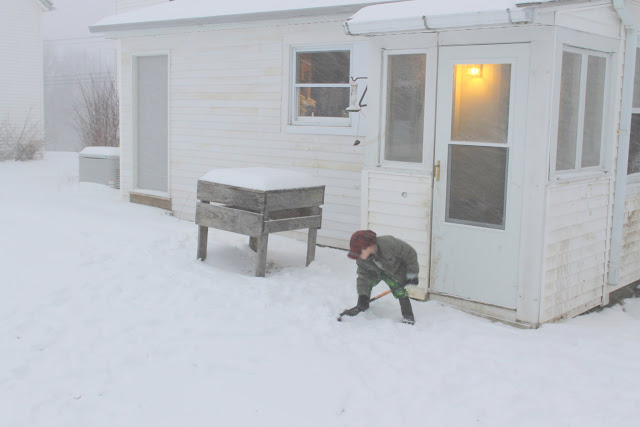 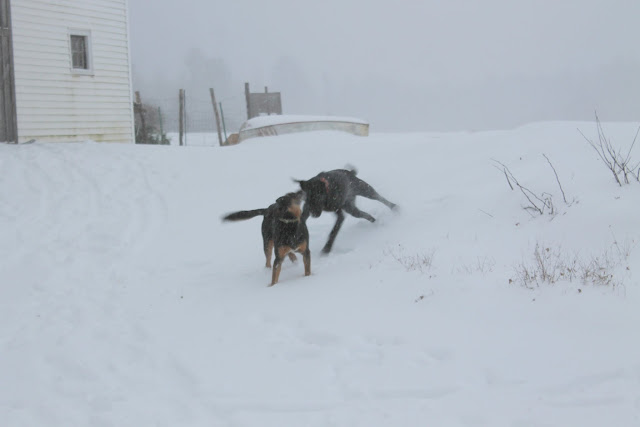 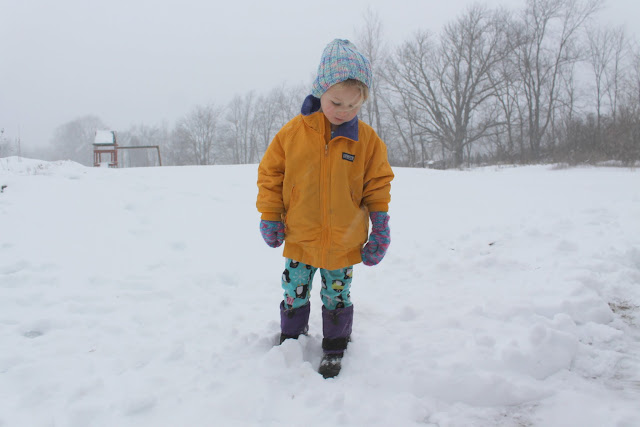 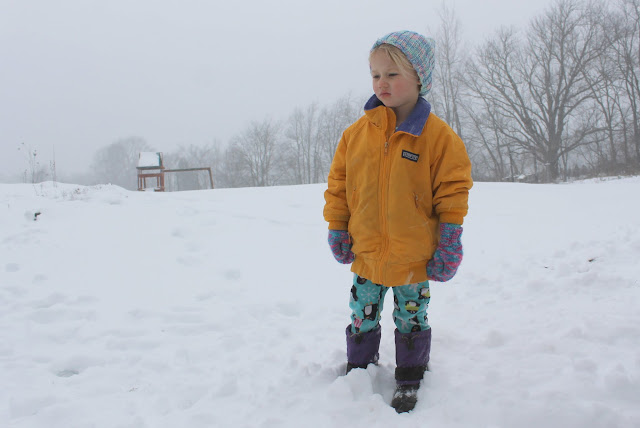 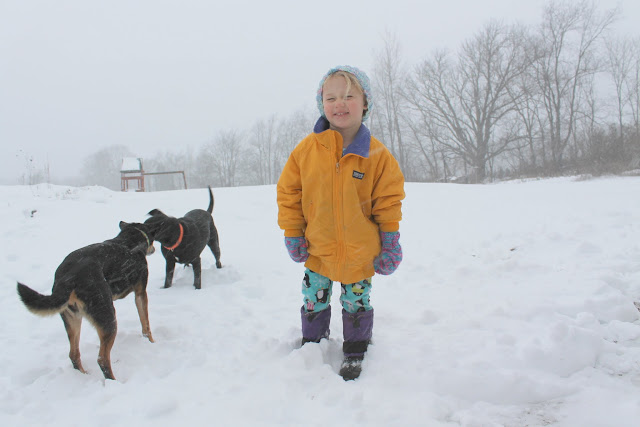 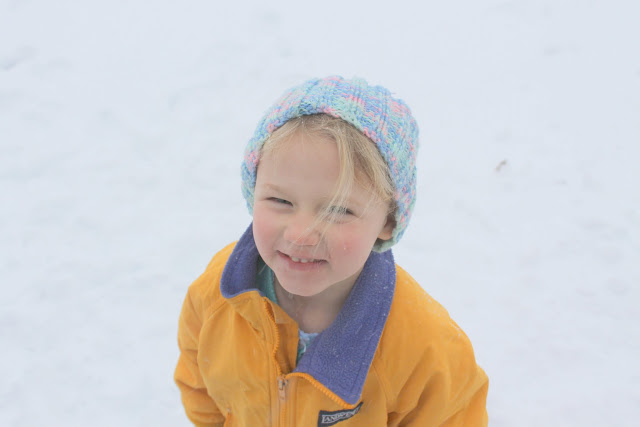 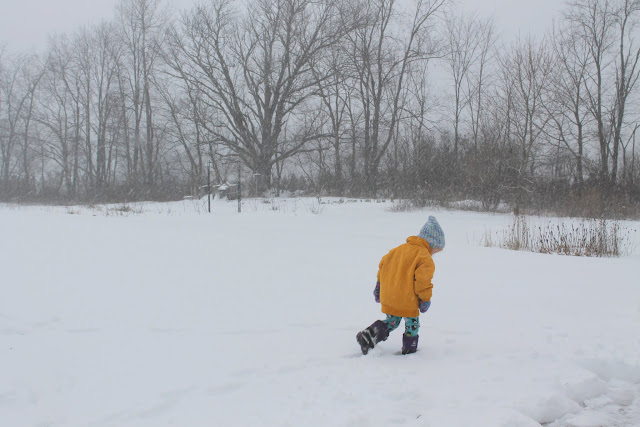 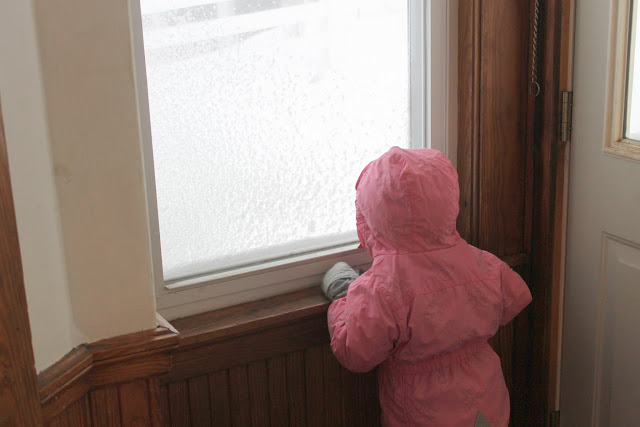 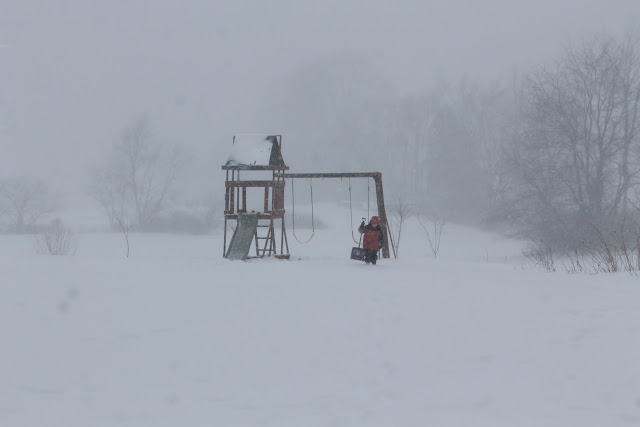 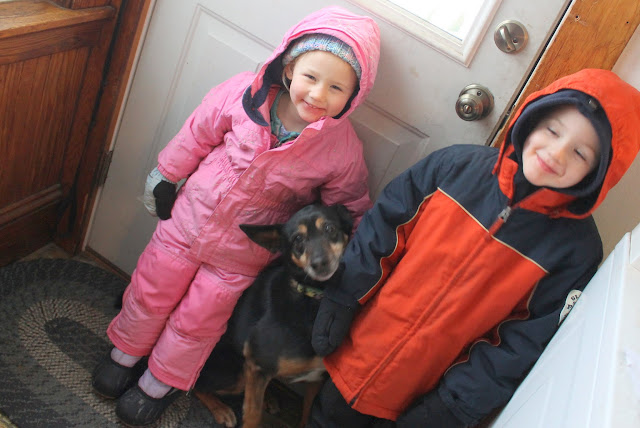