A bit of refinishing....

My poor husband.  Although he doesn't complain and goes with the flow...I know I'm so confusing to him.  If it's new, I must paint it to look old.  If it's old and painted, I must strip it back to the original piece. He just looks at me funny when I tell him what I'm planning on doing, not saying a word.  He's definitely a guy who thinks 'eh, good enough' about...well...most everything in the decorative world. But, he is amazing at praising my accomplishments, enthusiastically exclaiming, "It looks AWESOME!" once completed. I am pretty confident his inner voice is really saying "I don't know why she would want to put hours of work into that...but if I say that, she may not make me cookies..." I'm happy he keeps those thoughts to himself.  Regardless, I'm thankful he lets me carry on with my crazy ideas.

This is a folding table piece I got at a local antique shop. (Did you know I live in an epic center of antiquing.  Well, maybe "epic" isn't the word, but there's a TON of antiquing going on in these parts...tourists flock her for antiques.  After Christmas deals is where it's at for locals.  I digress...). It's a fabulous antique wooden folding table.  It's a sturdy as anything. I've been meaning to sand it down until the bare bones for about 5 years.  No time like the present.  On a whim, I somehow completed at "wowzer" time when both kids were napping at the same time.  This isn't a huge project....but it was a project nonetheless.  During these crazy days, I feel triumphant about completing something, no matter how small.  I hope you don't mind my enthusiasm.

I find it fab and funky.  Maybe you do too? 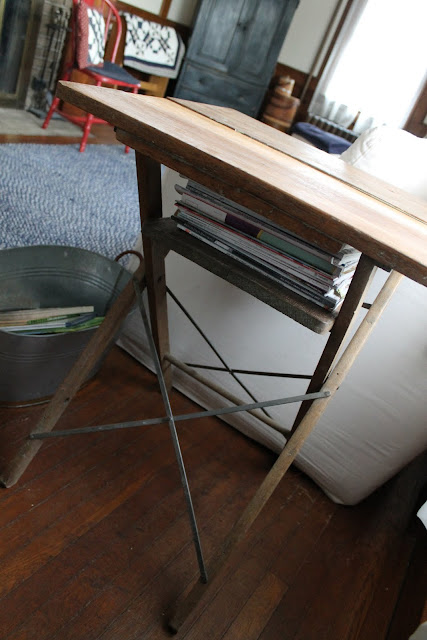 Here's the before and after. 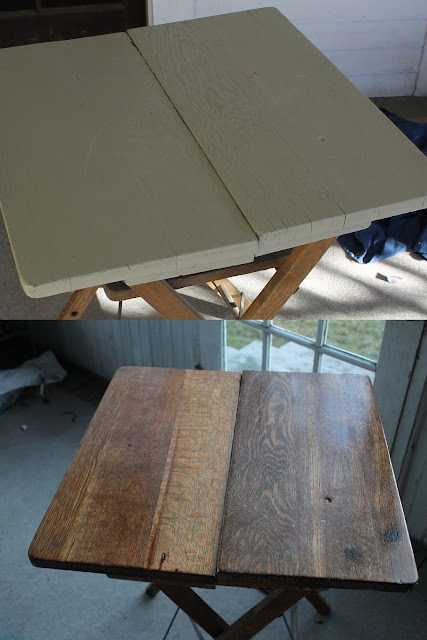 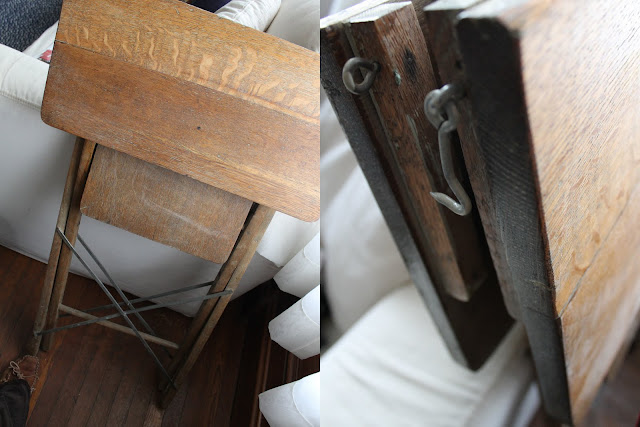 It clips open with a hook and eye. 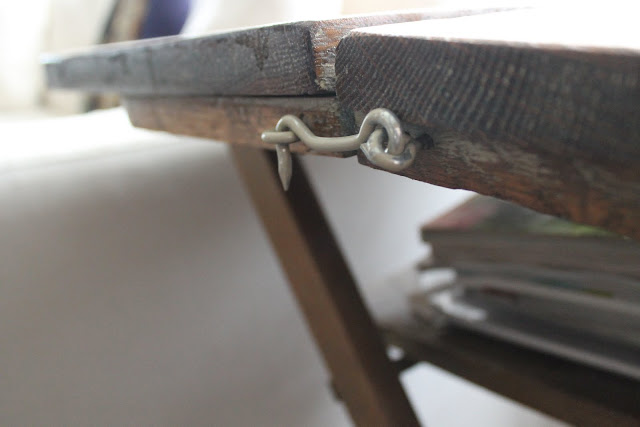 I love the extra lower shelf that folds in or out.  It holds all the magazines I haven't read since moving.  They're piling up! 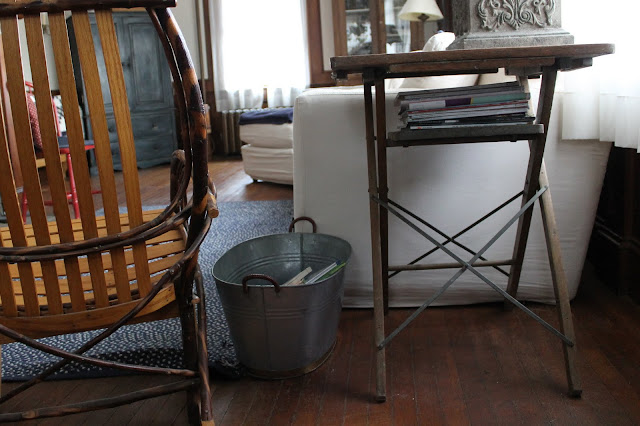 My goal is to have one room somewhat completed.  The living room has been the goal.  I'm getting there. 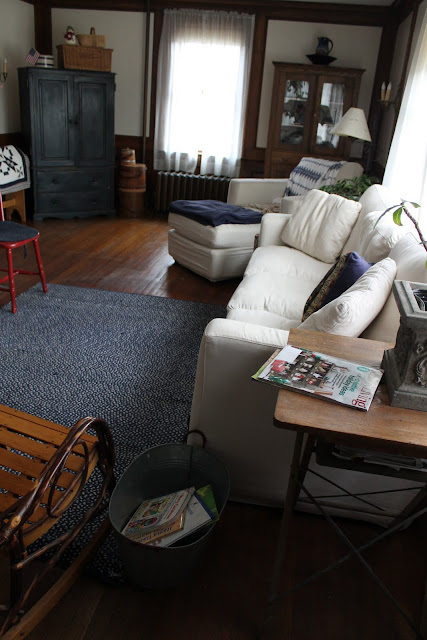