And even MORE tractors...

Goodness, it seems I have a weekly tractors post.  I don't mean to.  I really don't.  But when you live/eat/breathe and sleep tractors 24/7, it's bound to happen. 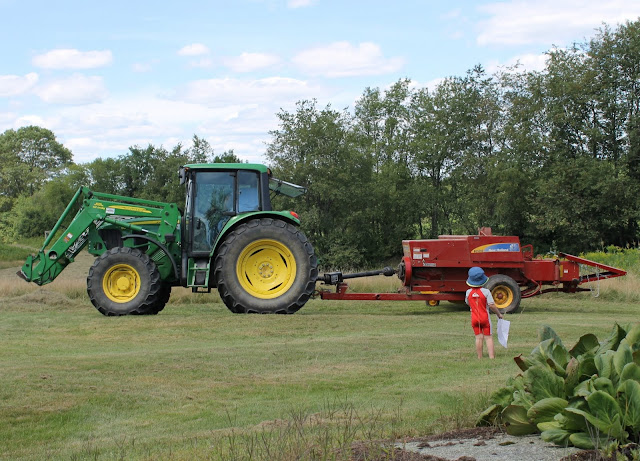 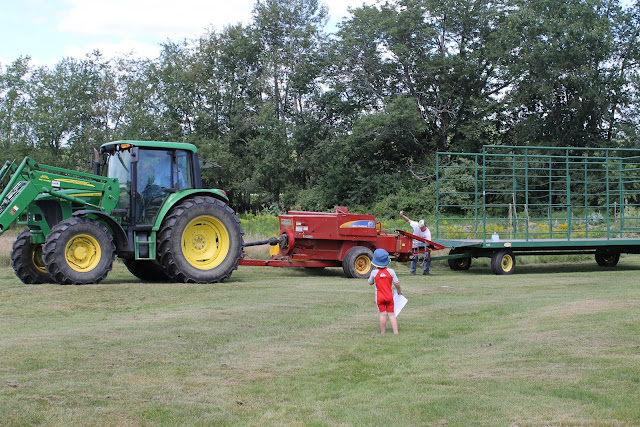 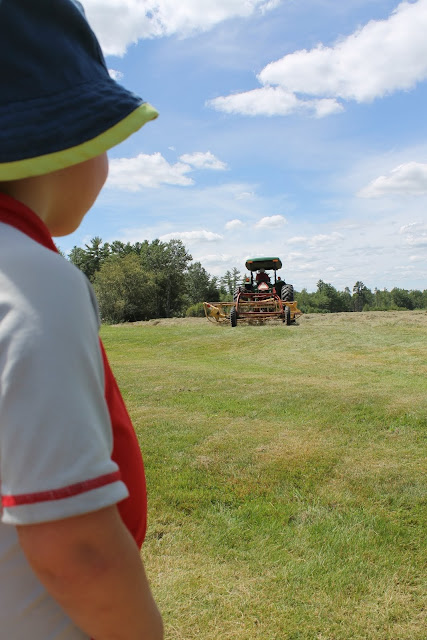 And he takes his job seriously.  He's almost always sporting something that says John Deere. He has lots of animals to tend.  His chickens are his pride and joy.  He gets up and goes outside to do his own 'haying' before breakfast. Sometimes he does round bales, sometimes he does square bales. 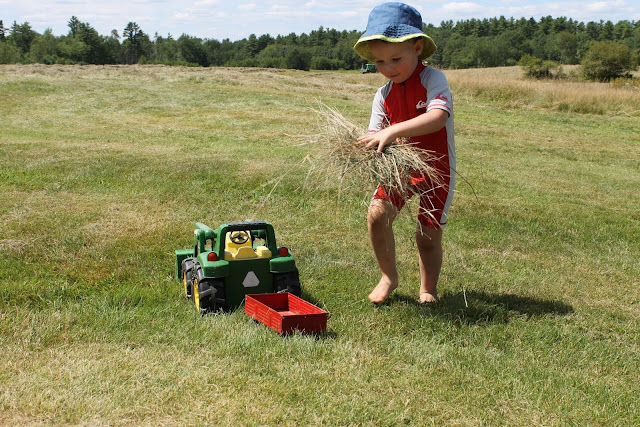 He eats his breakfast watching the road outside, waiting for the big John Deere to go by and beep with his load of sweet corn.  There's certain areas I'm not allowed to go or I have to be careful around because there's farming going on there. He hauls cucumbers from the garden with his loader on his John Deere.  He tells me the grooves in the tires help the tractor work hard in tall grass.  He tells me to never touch the exhaust.  He's always doing heavy rock lifting with the John Deere tractor too.  He likes to store his tractors in the barn, where they belong, naturally. Just tonight, he took a break from farming and was having tractor pulls.   He frequently says "I'm a good farmer, mama.  Everybody's going to say 'That Adri is a good farmer'. " 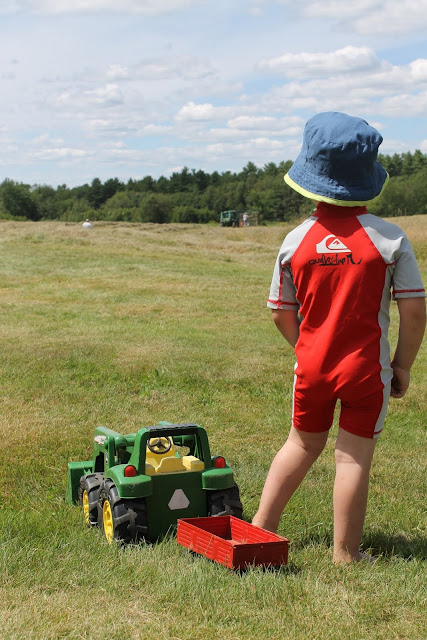 My 13 month old points out tractors.  She can say "John Deere" and "tractor".  She's learned all this because she has no choice.  Her big brother has reviewed incessantly. 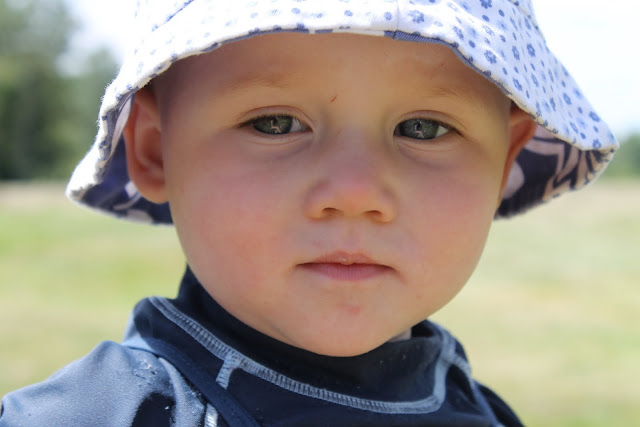 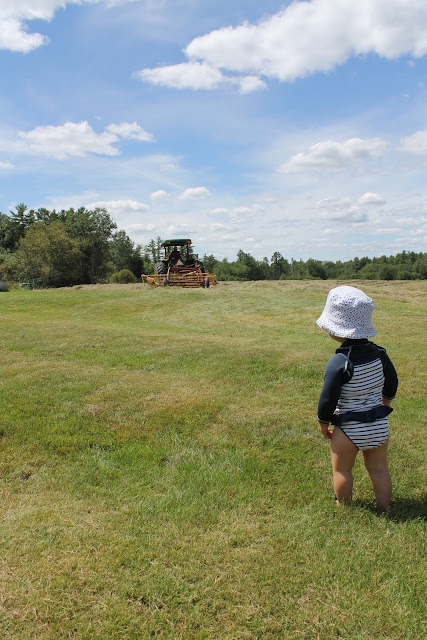 So, you see, tractors are just something we do around here.  Constantly. 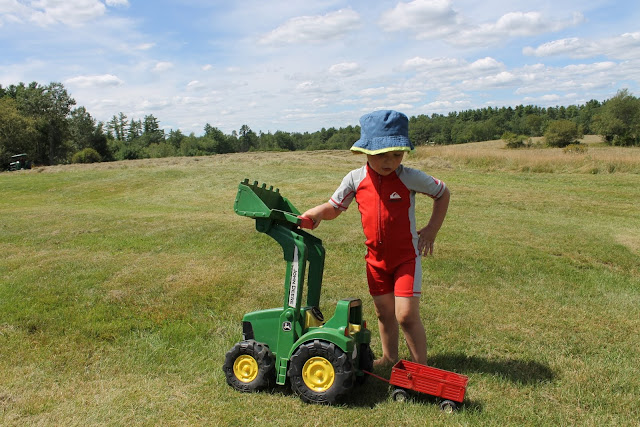 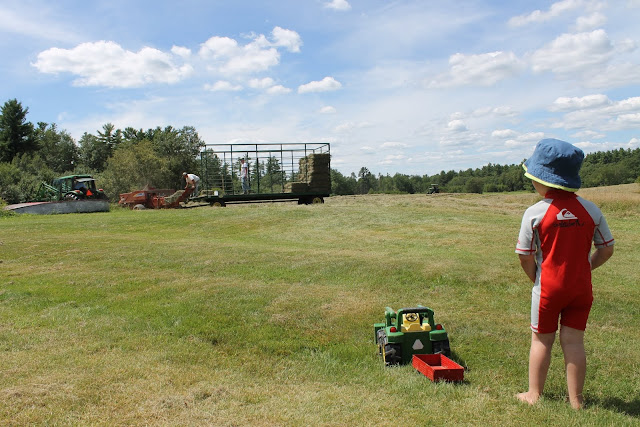 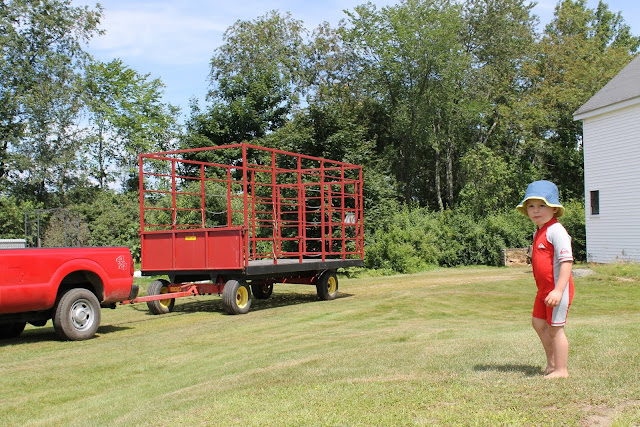 It was naptime, and this is what I saw when I went to check on him. I thought about reprimanding him.  But then, how can one sleep when you're very favorite vehicle is outside your bedroom window? 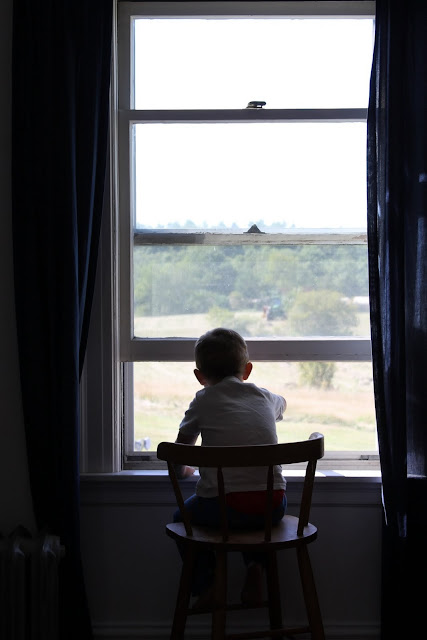 You know, I think he's right.  I think everyone will say "That Adri is a good farmer."  Because, so it seems, he already is.