Homesteading where you are: Preserve

Week four in the series.


This week is "Preserve".

To be honest, preserving is not my most favorite part of the DIY life.  Pick-wash-prep/make-freeze/can.  It's tiring with two littles.

I do it because it is important to me to have homegrown food available year round.  And I'm cheap and try to put off going to the grocery store as long as possible.

Instead of telling you what I do, I thought I'd give you inventory of what's homemade/homegrown/home preserved in my home right now. In my pantry, root cellar and freezer. Certainly, there are other things I have in these spaces, but I will stick to home grown. Questions, just ask. 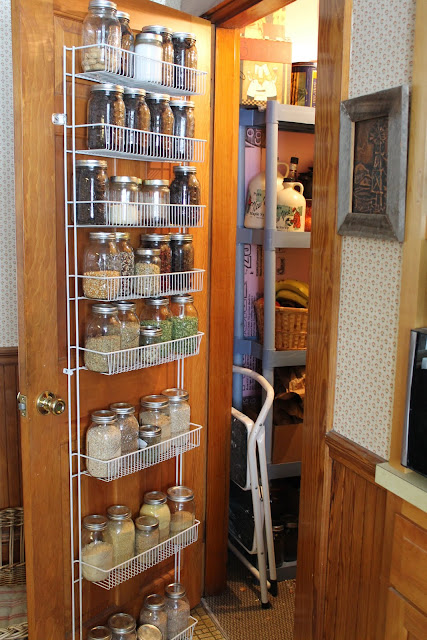 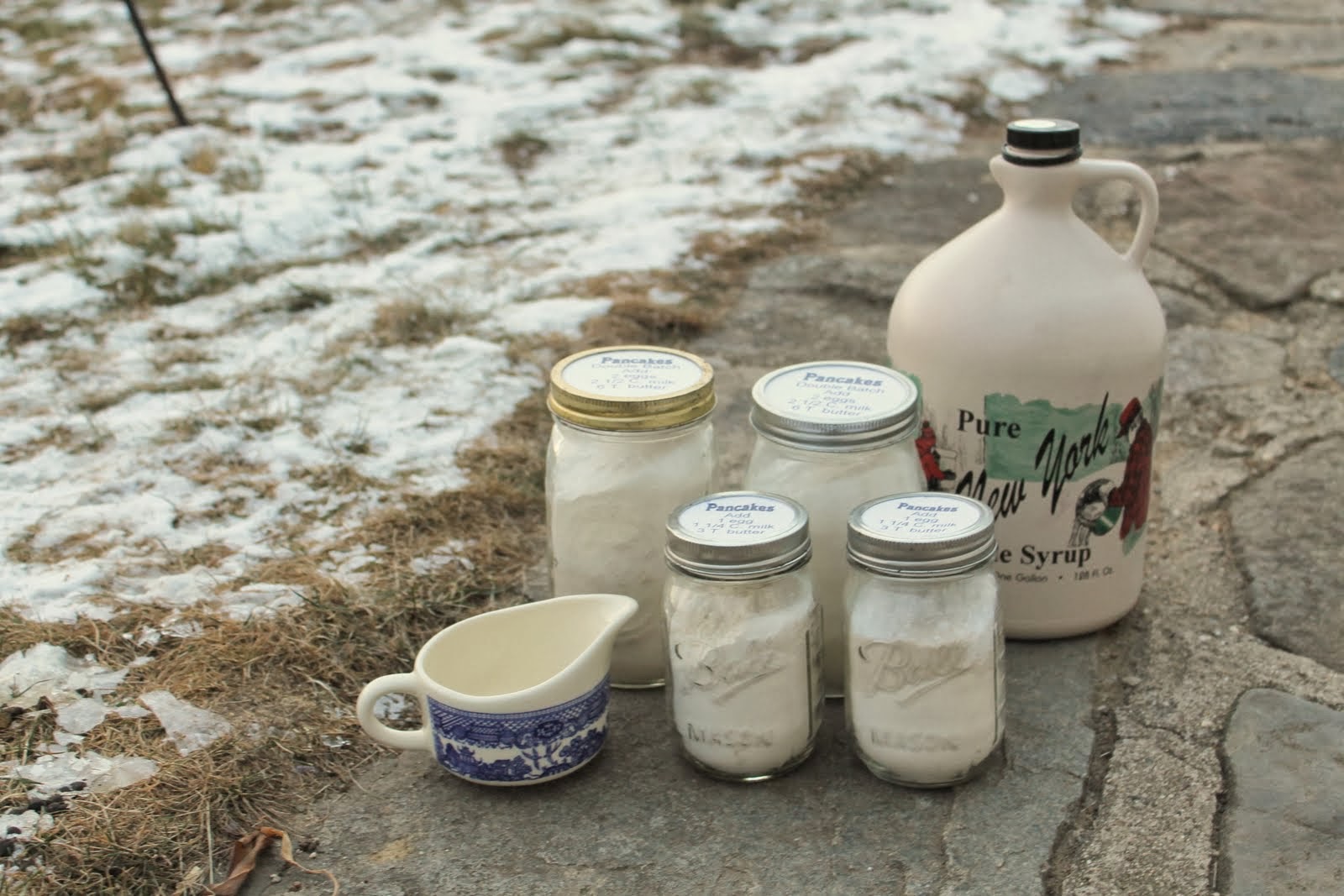 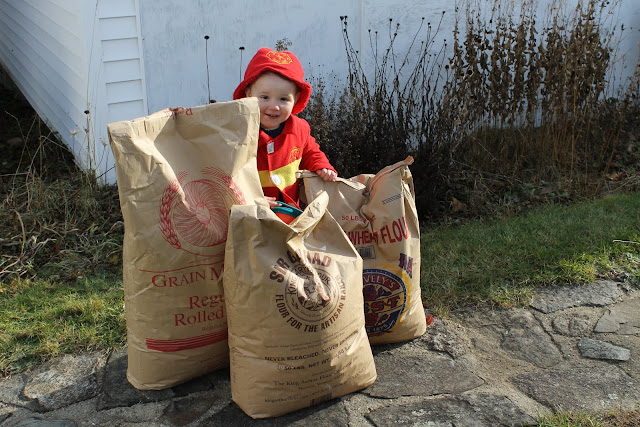 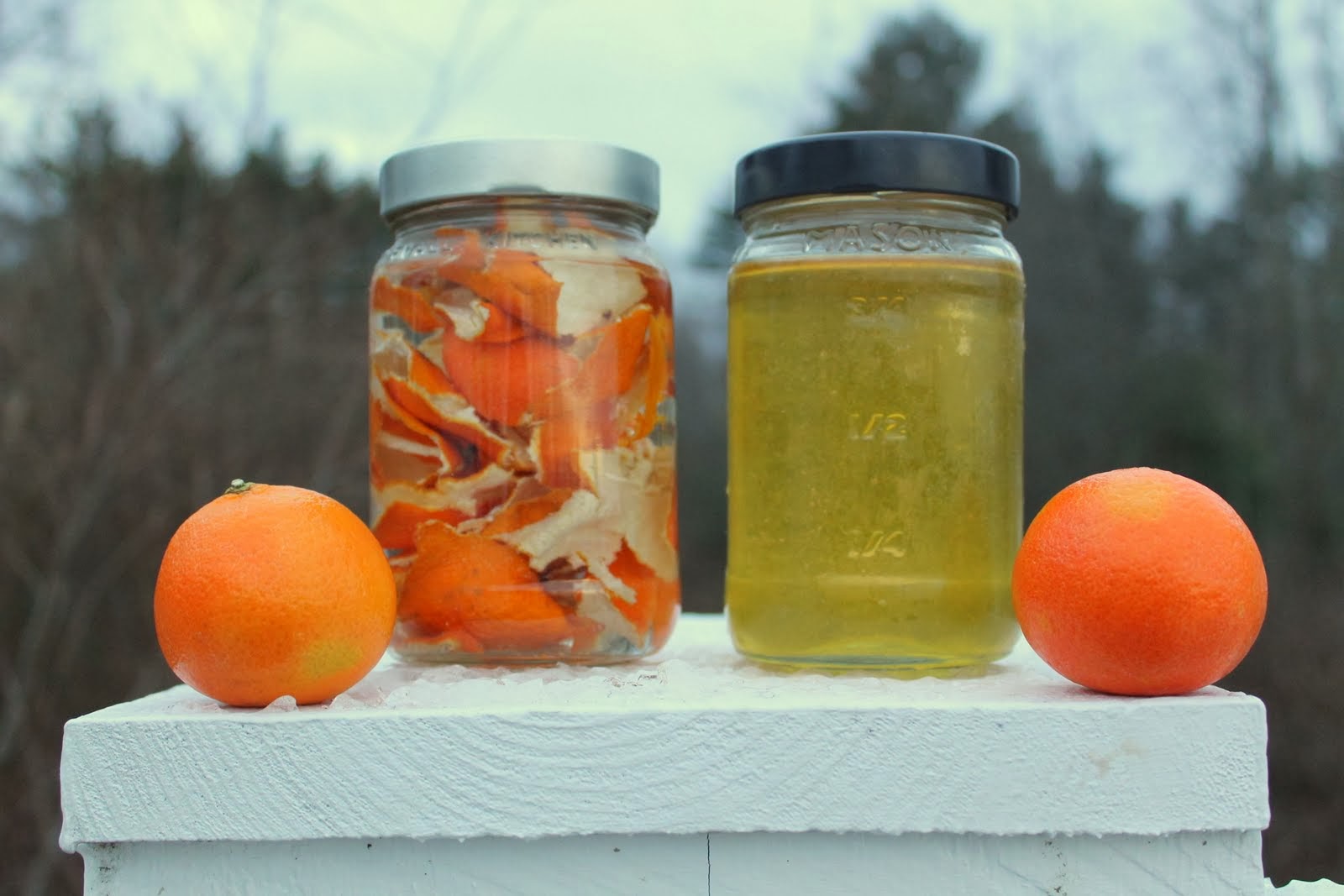 Root cellar (This was taken before harvest season. These jars are all full now). 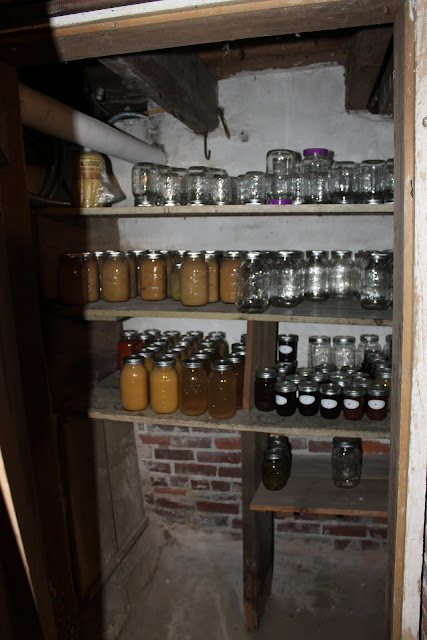 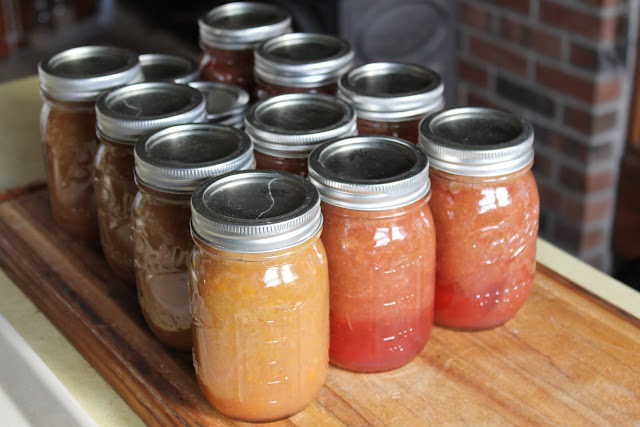 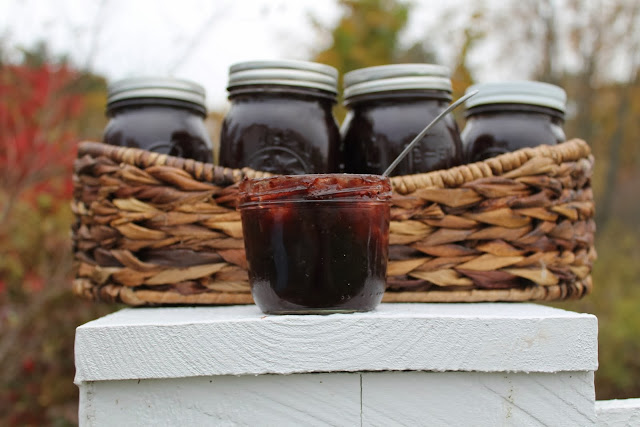 Freezer.
Cinnamon rolls and a couple other breakfast treats.
Muffins/quick bread.
Cookies.
Pies.
Homemade pizza.
Fritatta.
A couple main dishes (I like to cook for an army and freeze half)
Garlic bread.
Sandwich bread.
Frozen waffles.
Meats my dad hunted for.
Pesto.
Cilantro.
Garlic scrapes.
Pasta sauce.
Gravy.
Green grape juice that I haven't done anythign with yet.
Veggies-corn, broccoli, cauliflower, green and yellow beans, kale.
Fruits-strawberries and rhubarb
(And I'm sure I could go on if I had a memory on me.) 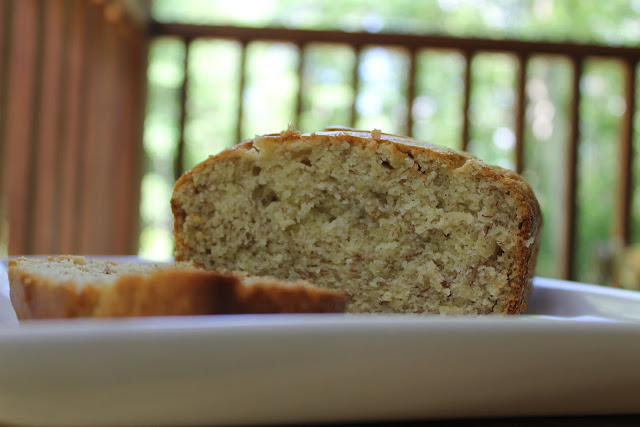 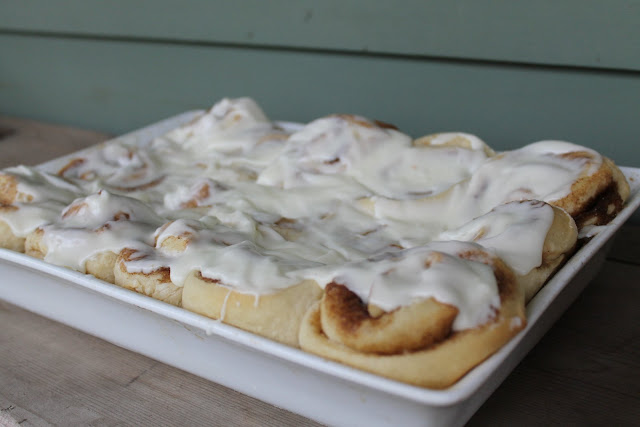 So..that's a partial list of what I have preserved now.  It's different given the time of year and the whim of the cook/baker, but there's always something homegrown to eat.

Good thing, as I hear we're getting a foot of snow today.  Might as well dig those cinnamon rolls out of said freezer.


And now your turn-are you a preserver?  Tell me what you preserve!

And do check out these other fantastic Homesteaders.  They will surely have lots to tell you.

Daisy, at MapleHill101, currently homesteads with her family in the suburbs of Central Florida.  Her vision is to move to a more rural property in North Carolina later this year and continue fostering a self-sufficient lifestyle, which includes chickens, a large garden and a permanent clothesline.

Mary, at Homegrown on the Hill, lives in Southwestern Ohio with her family on a 5 acre homestead. Their goal is to be as much self sufficient as possible. In helping with this goal, they raise a big garden and keep chickens, rabbits, and cattle for food.

Staci, at Life At Cobble Hill Farm, was bitten by the homestead bug in 2006 and although she began her homesteading ventures in a rented condo, is now homesteading on less than an acre in Upstate NY.

Sue – at The Little Acre that Could, shares her body with an auto-immune disease, and life with her husband. They live in a once-working Victorian farm cottage now bordered by a modern subdivision. She has dreamed of homesteading as long as she can remember and continues to strive toward that goal in rural Atlantic Canada.