So...this guest room we have.  I've been working on it. It's been a whole month since I painted over the wallpaper. And then I set it up with all the stuff we have.  Oh, I'll just take pics and do the smaller touches later is what I thought.

But these chairs were just looking at me, seats a dingy cream color, needing to be recovered and repadded.. 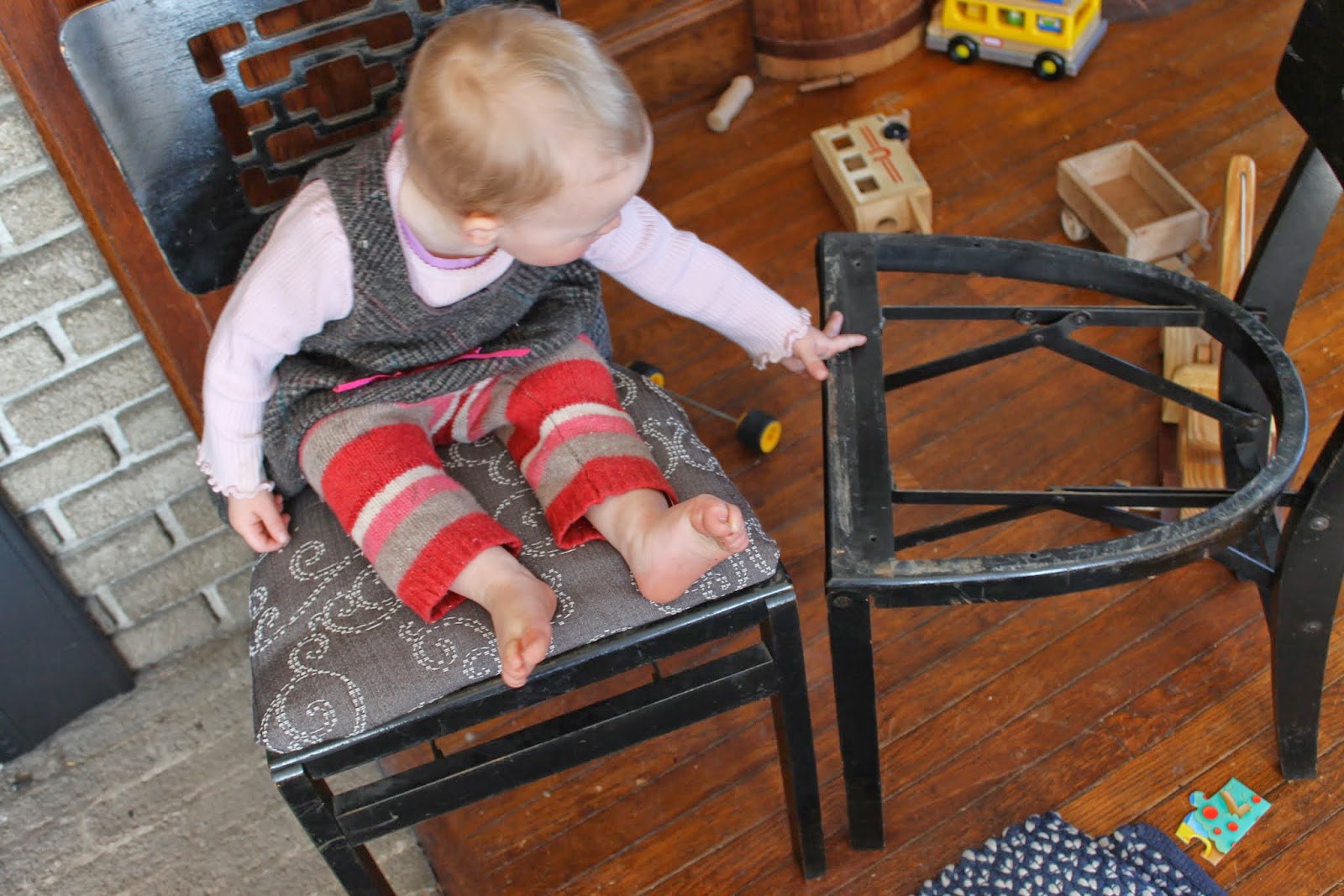 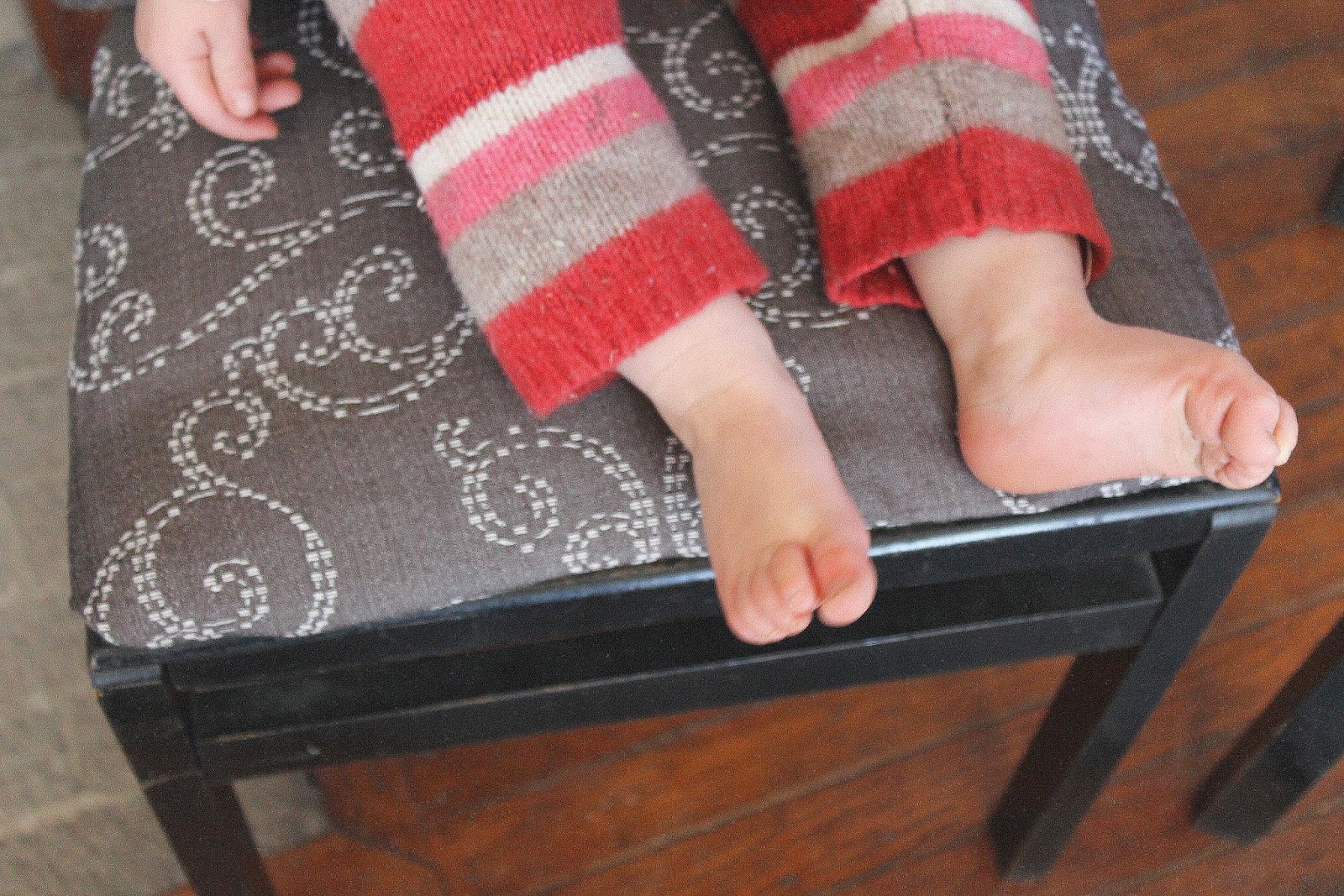 And had a hard time returning them to the room, as my helpers saw them as a perfect stage. 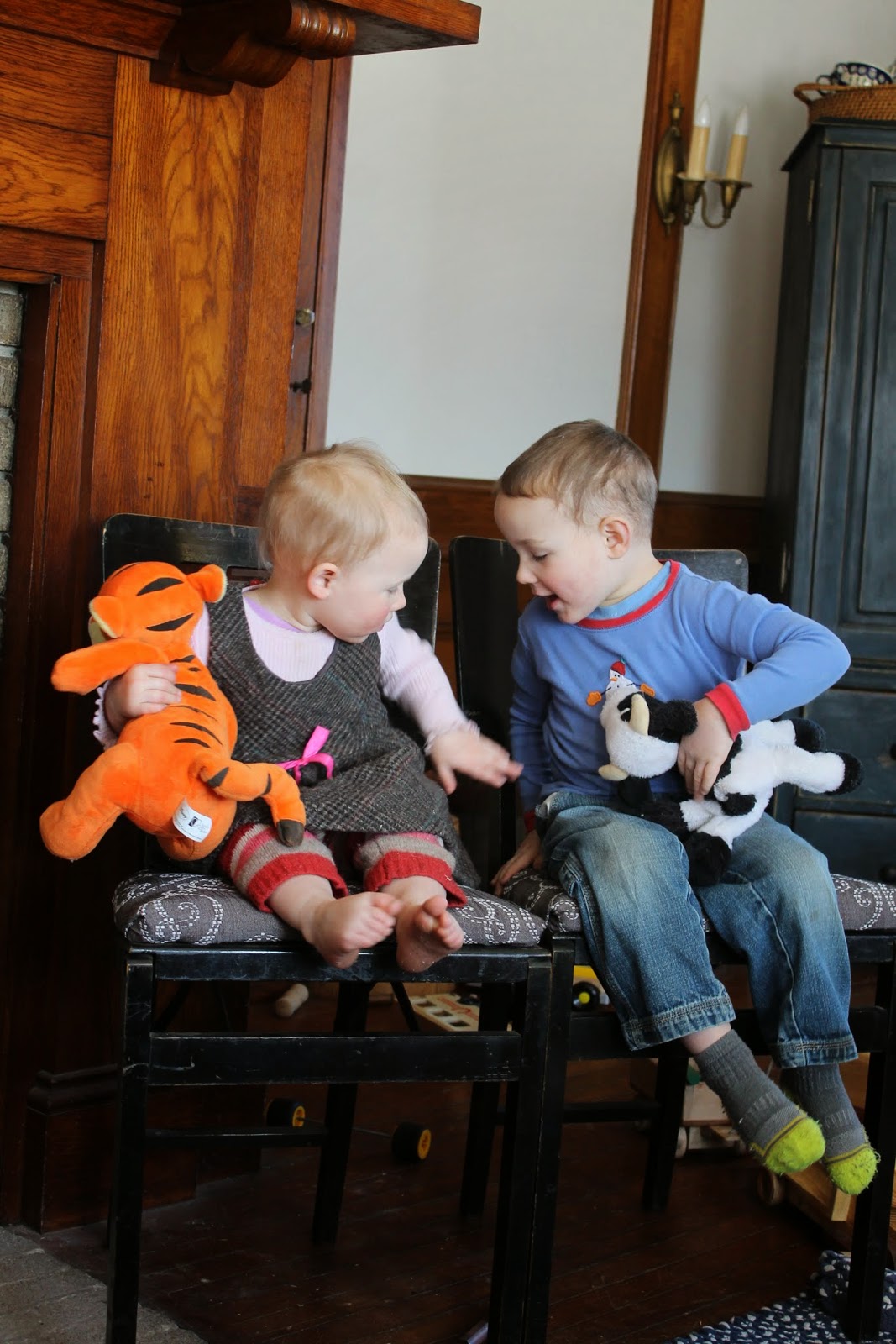 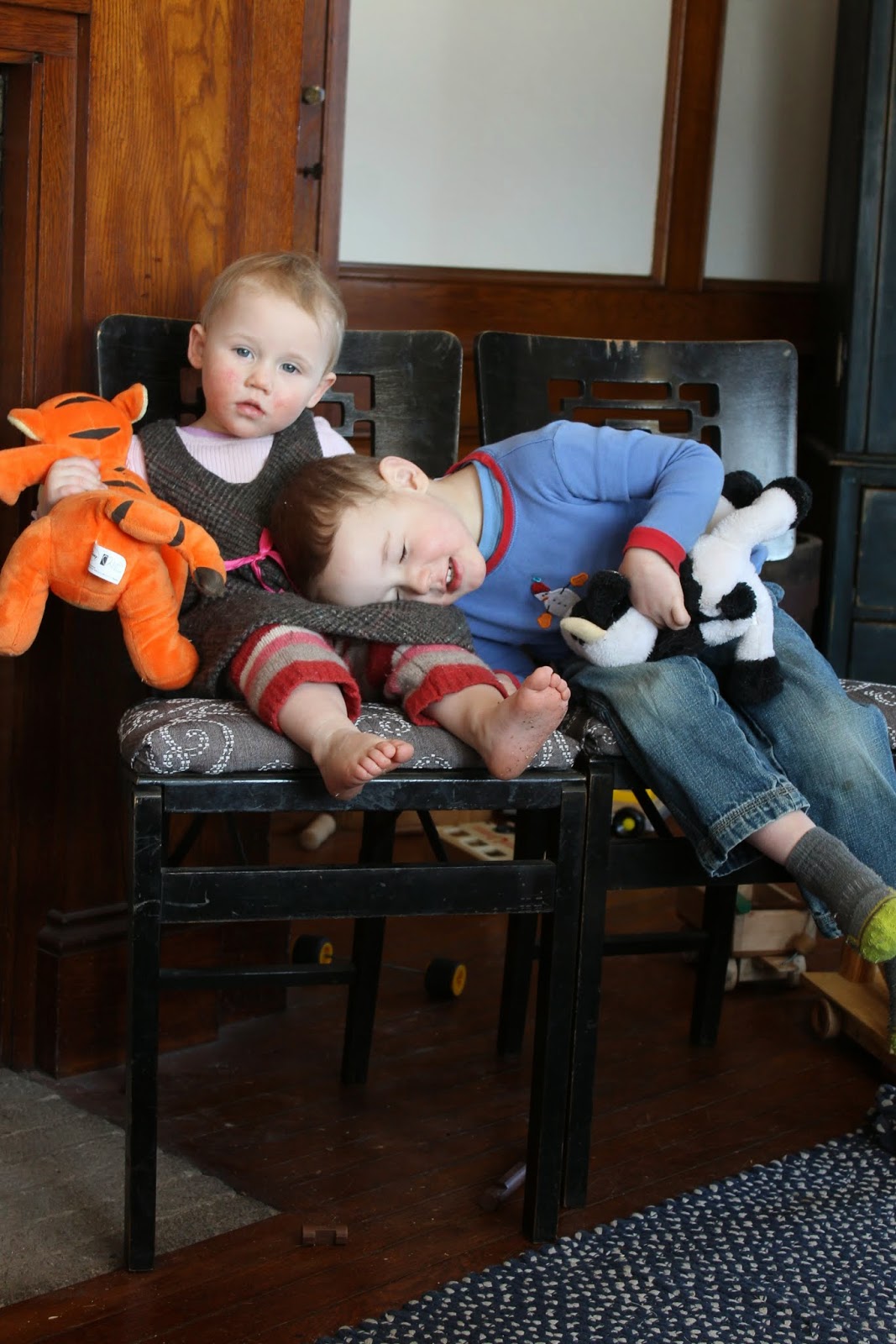 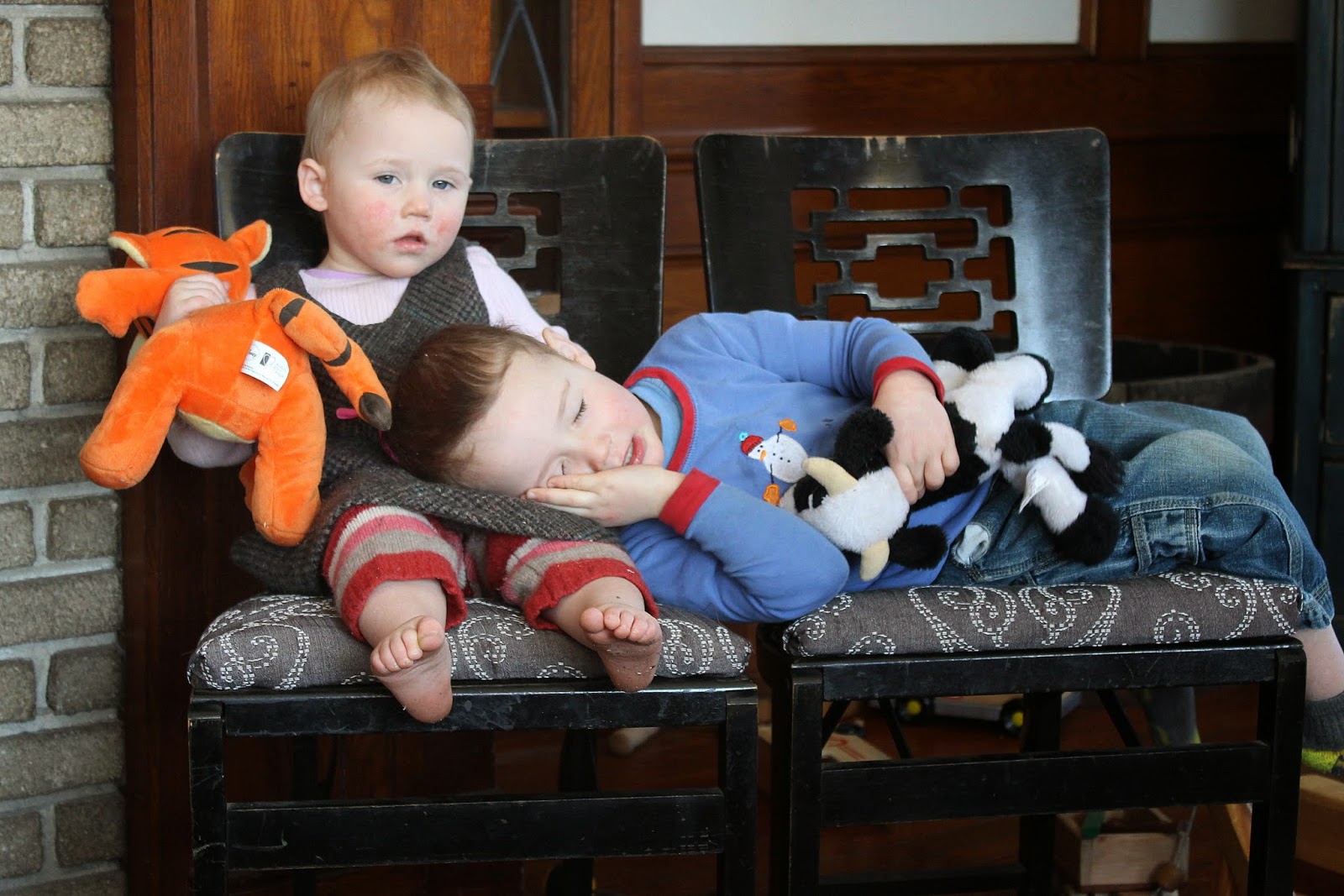 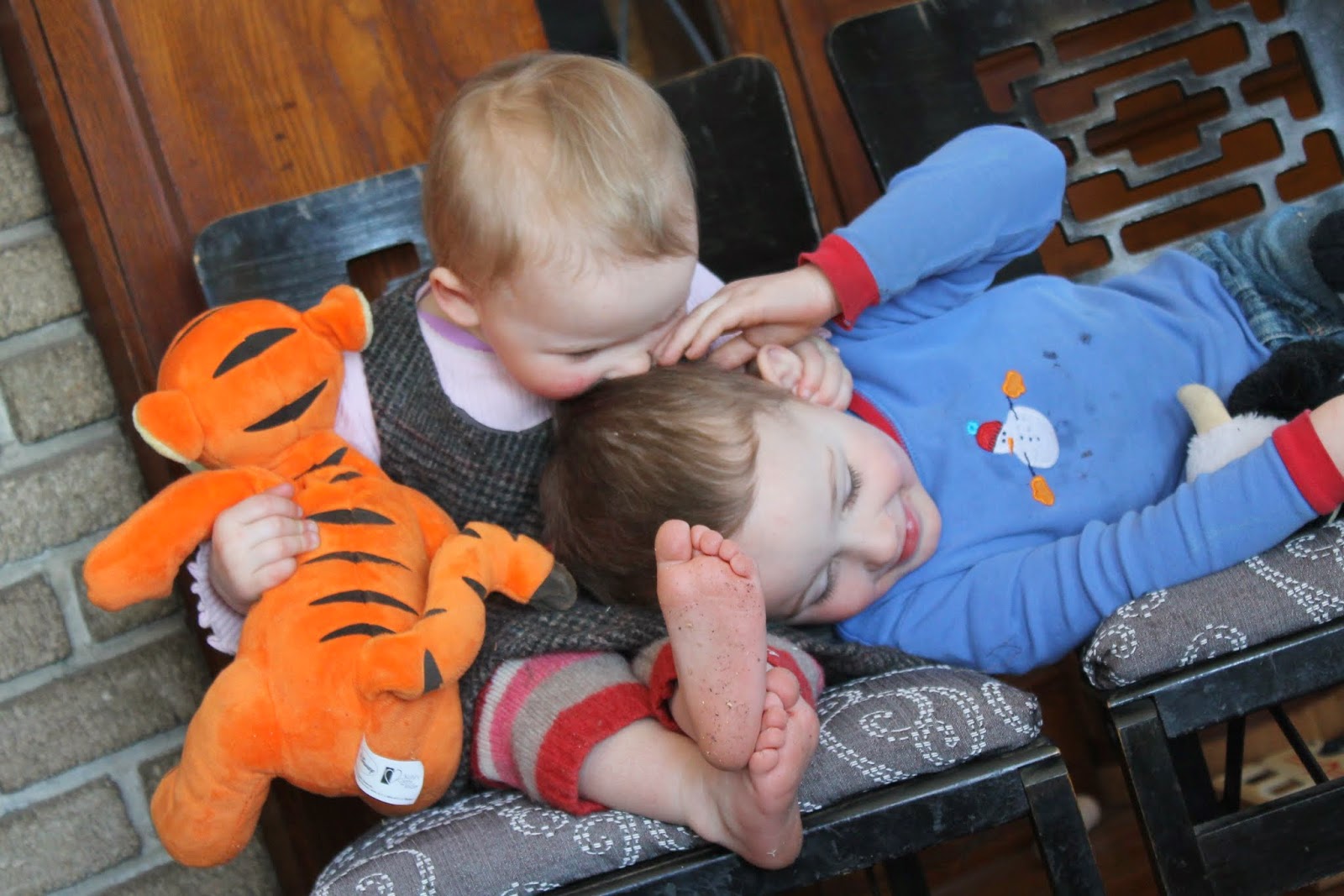 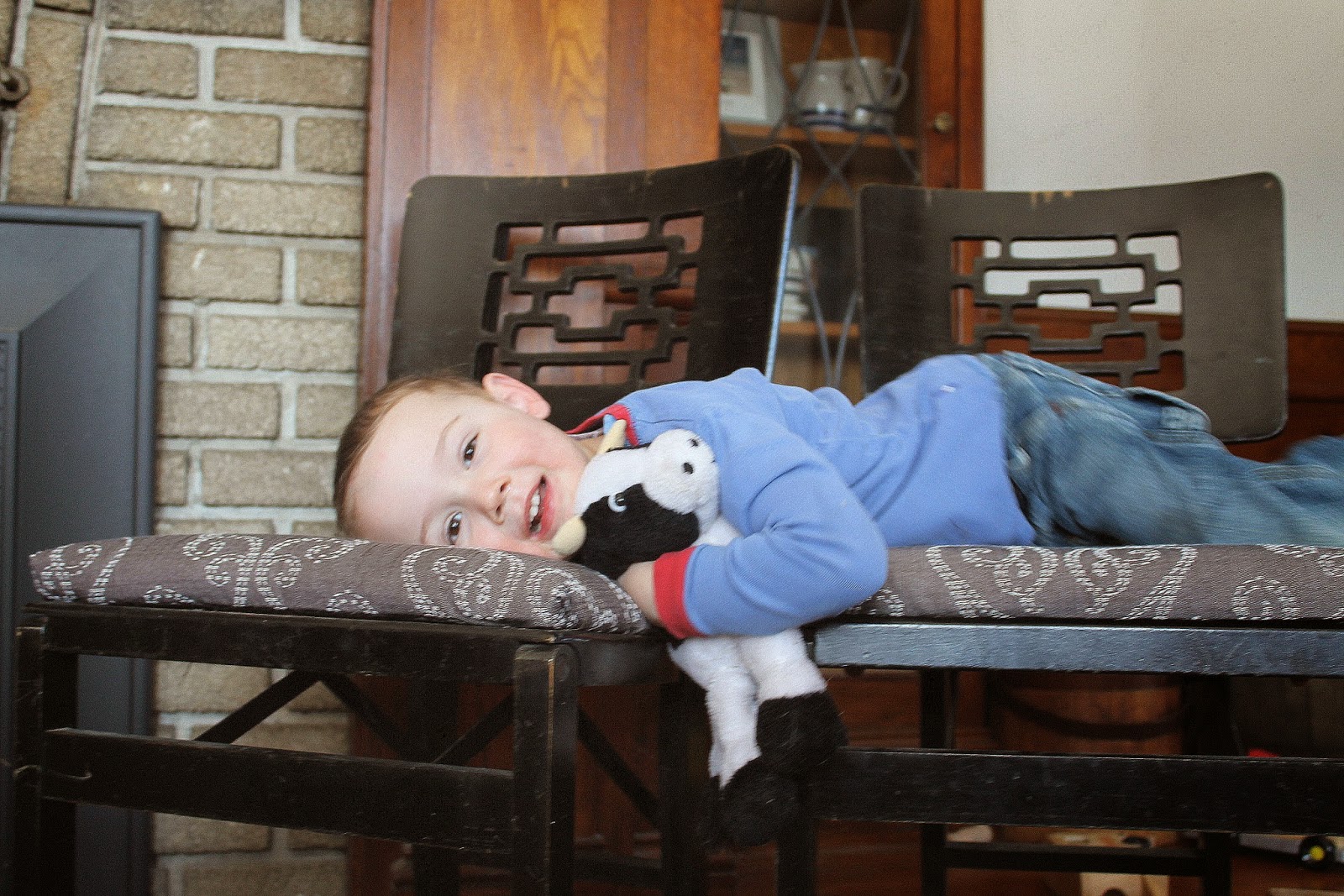 A sneak peek is better than nothing, I am hoping. I painted the room white, I found this 1910 craft table to park in that spot and (hopefully hide the cords) and the rocker is from a family member. Lots of vintage. Pretty much in line with the rest of the rooms. 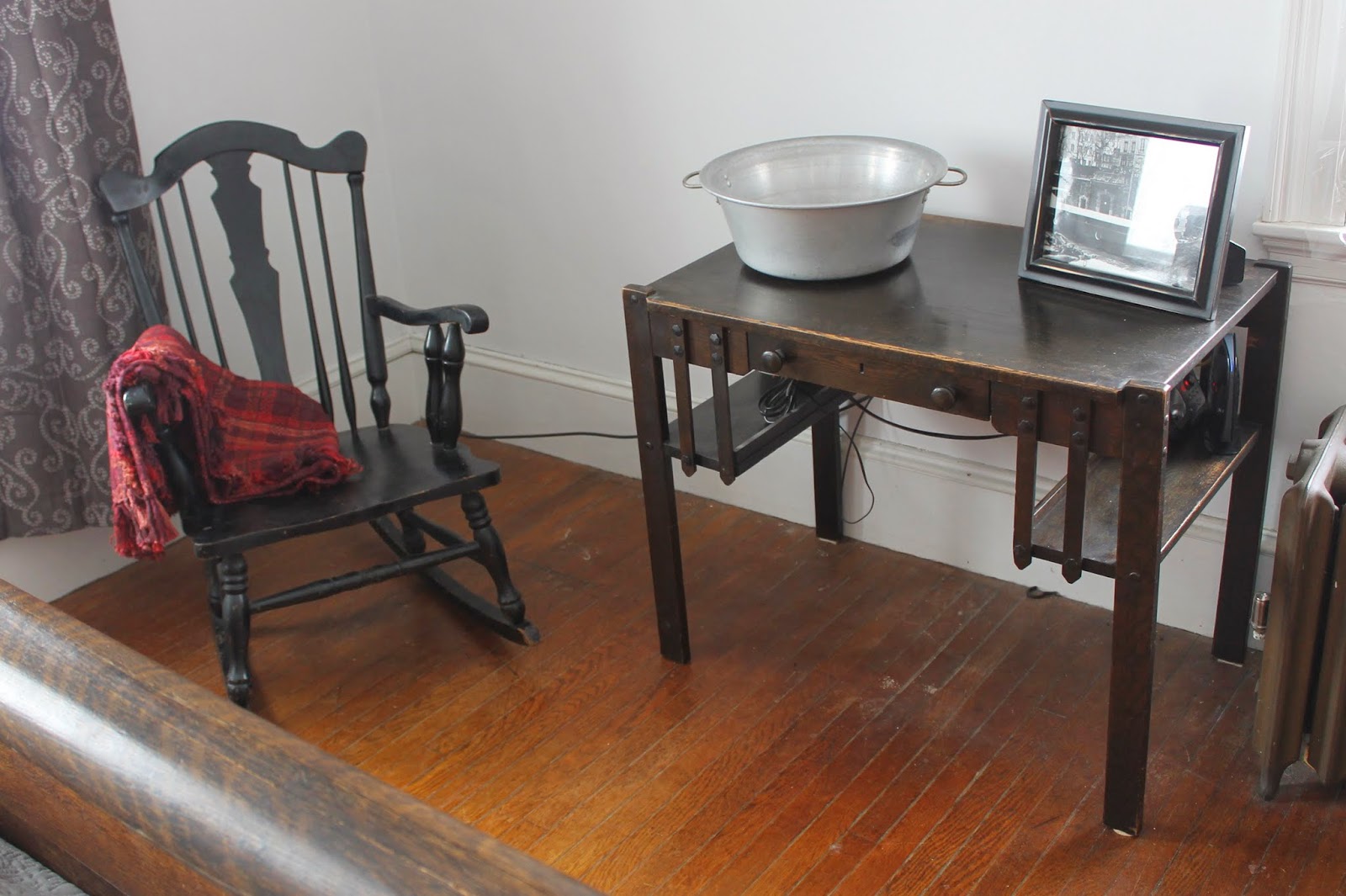 And a bit more of a sneak peek. That which isn't a disaster. 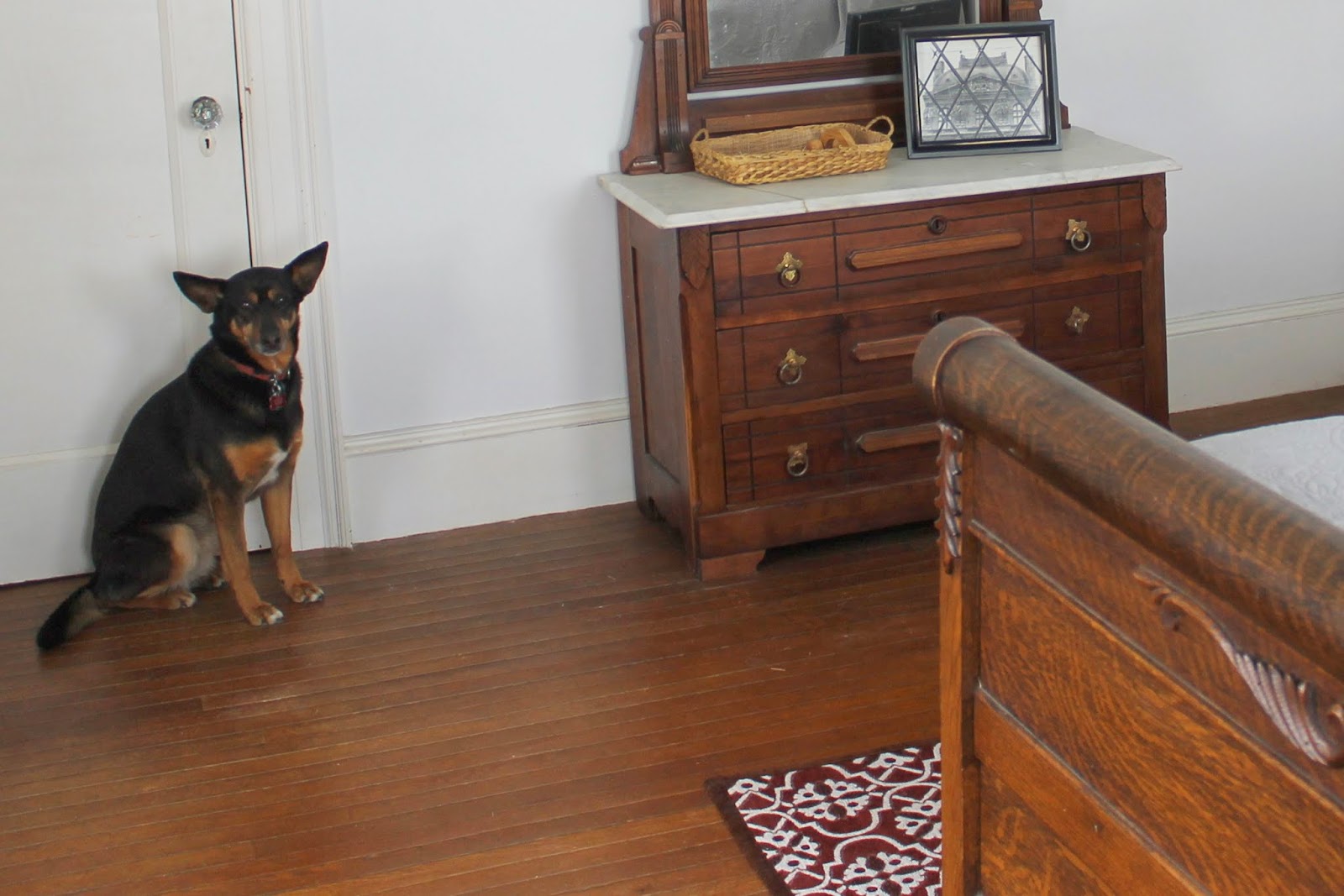 I'll get around to finishing it in the near future, I hope. Until then, snuggles and kisses will take precedence, as it should be.  You won't mind the wait, right readers? 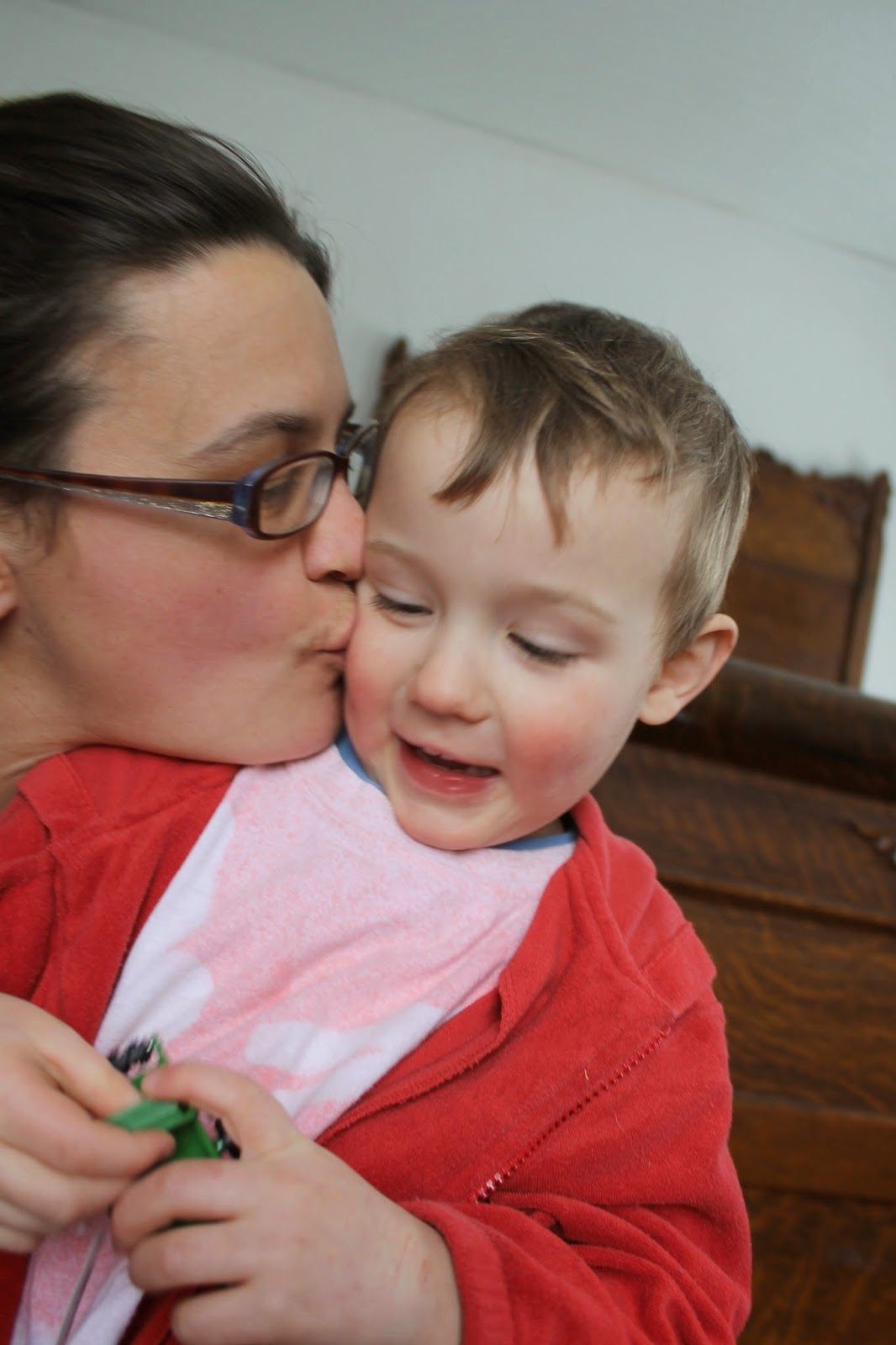