Recently, Adrian said to me, "Mama, can I go fill a bowl up for dinner?"  What he meant was he wanted to gather a medley of finds from the garden to concoct into a dinner masterpiece.

Certainly, by all means. Go ahead. 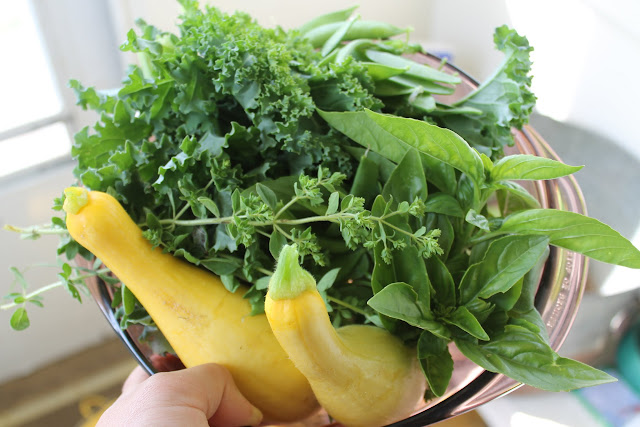 And the two of us made this: 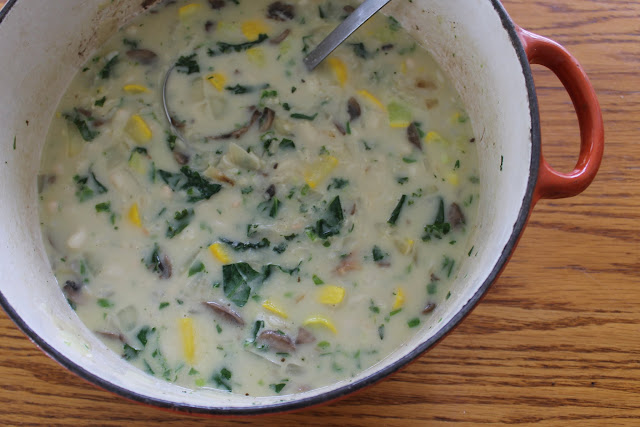 I have no idea what it was. Summer squash, kale, herbs, white beans, homemade cream of mushroom soup (I store that in the freezer for quick meal starters), rice, our own broth and our own milk.

You know...it was really really delicious.  Who would have thought of that combo?  I guess Adrian.

He also wanted to pick some flowers. 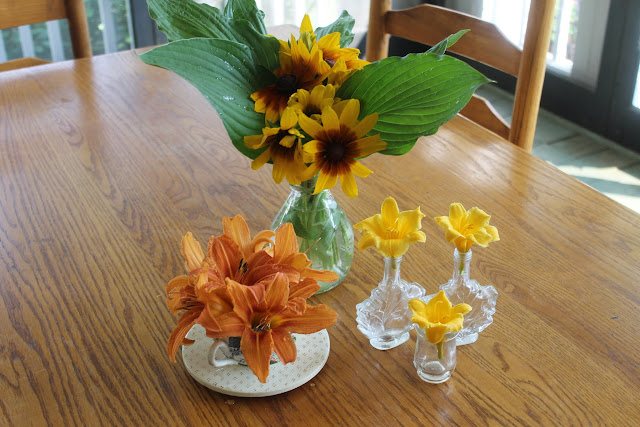 PLus he helped make the bread. 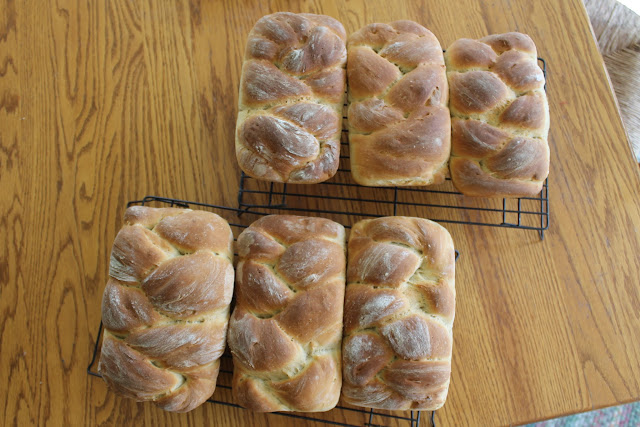 Voila. A meal. Made (mostly) by a four year old.  He's really the best chopper out there. 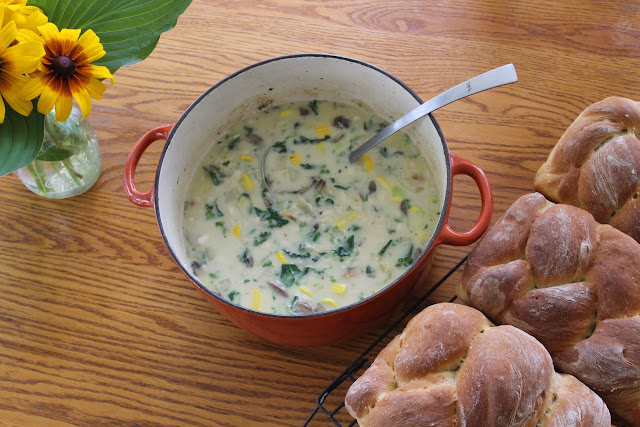 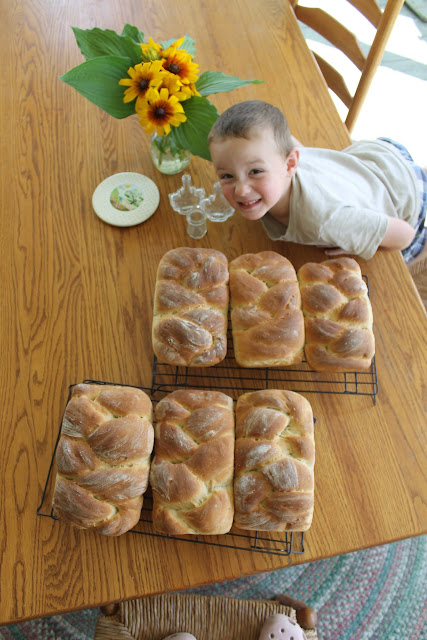 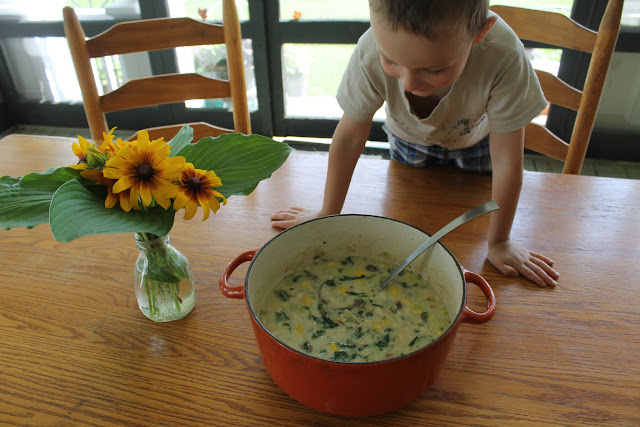 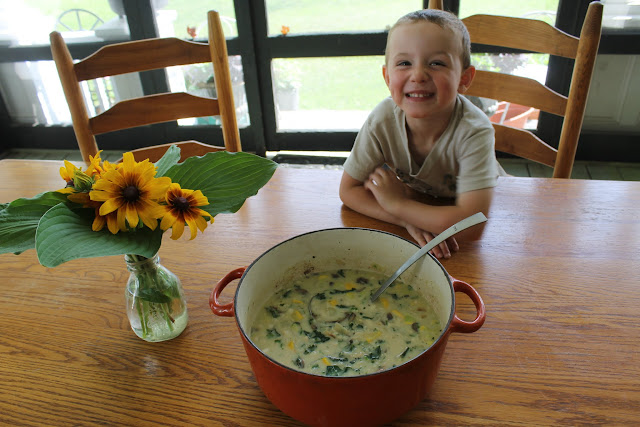 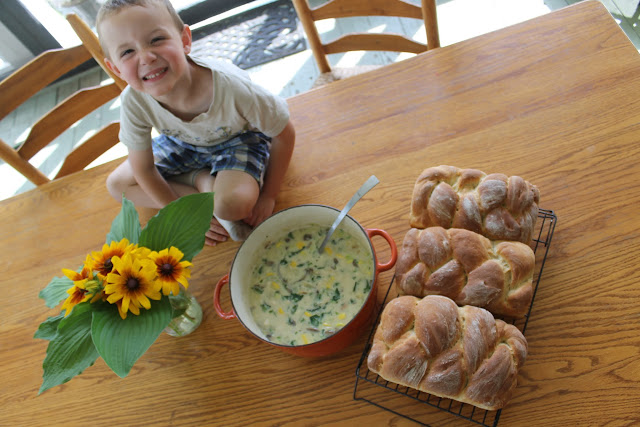 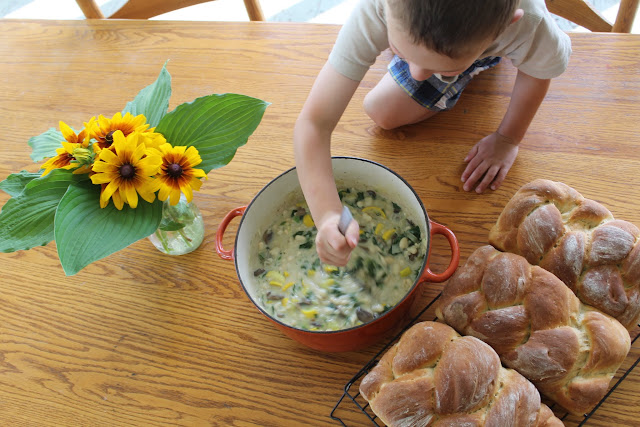 His dad said he thought this was the best soup ever.  And you know what? I don't think he was just being nice. It really was fabulous.  Thankful for our little garden to table chef. 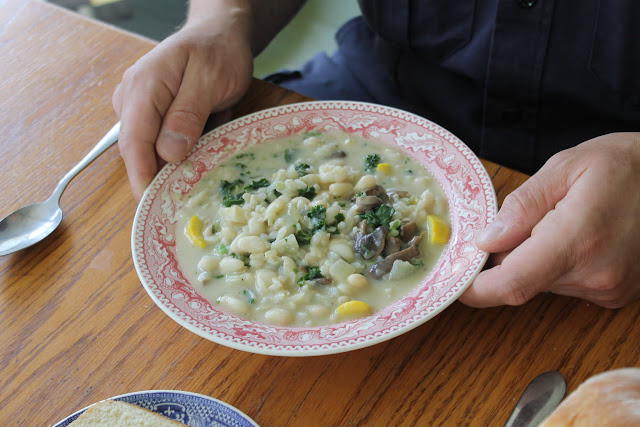