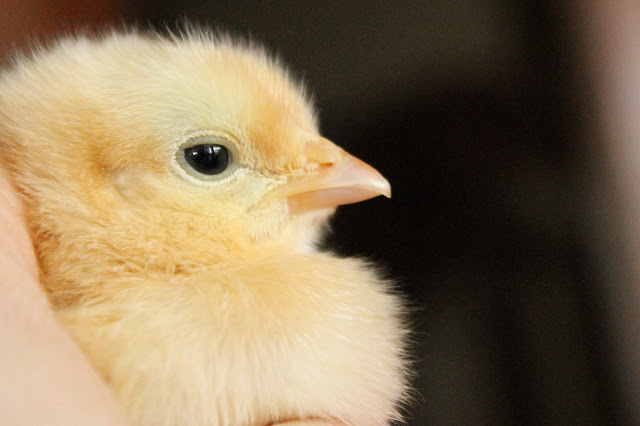 My husband was in charge of picking them up and setting things up while I was at a conference.  I missed them discovering them initially.  He snapped a quick shot. 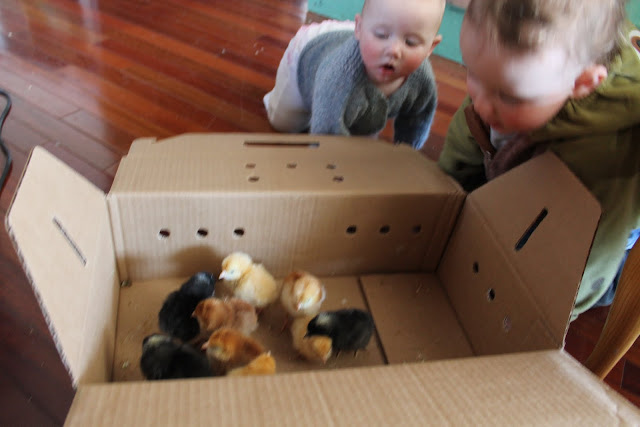 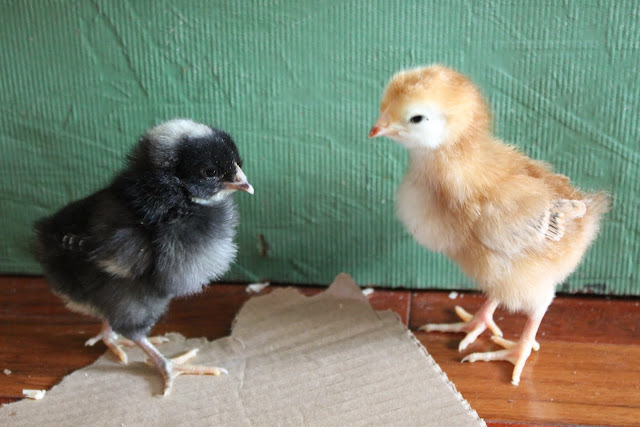 They're all set up in the playroom. 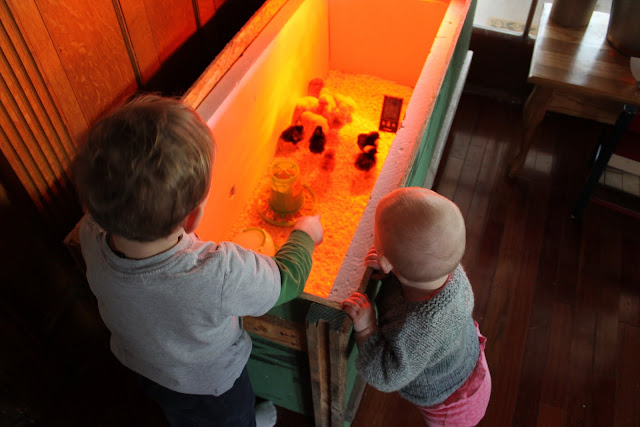 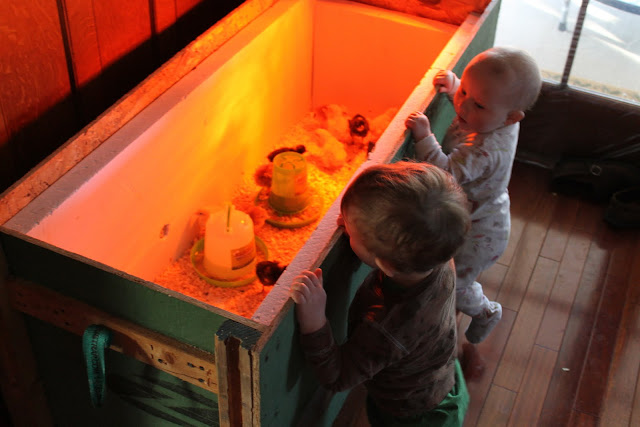 She's constantly pulling herself up to inspect. 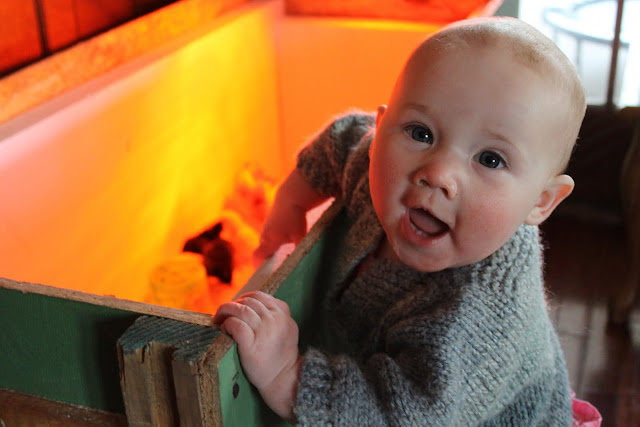 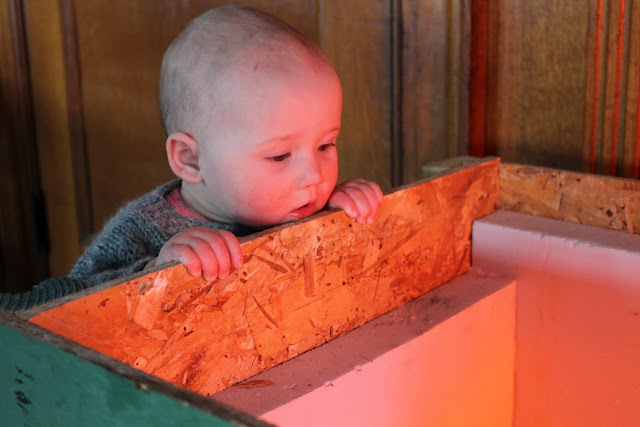 He loves, loves, loves the chicks.  He's declared he'll be 'Farmer Adrian" and he'll take care of them and teach them.  He is so gentle with them. 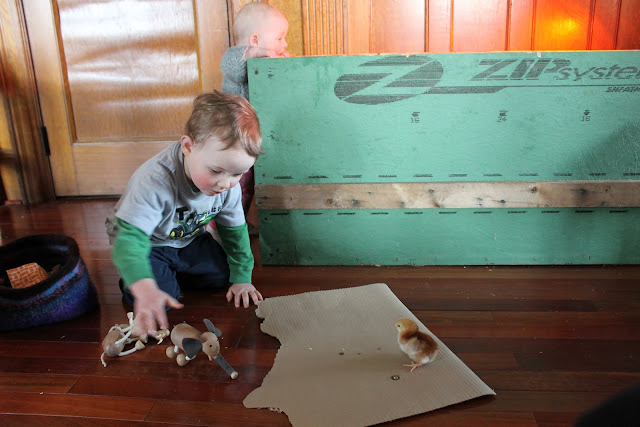 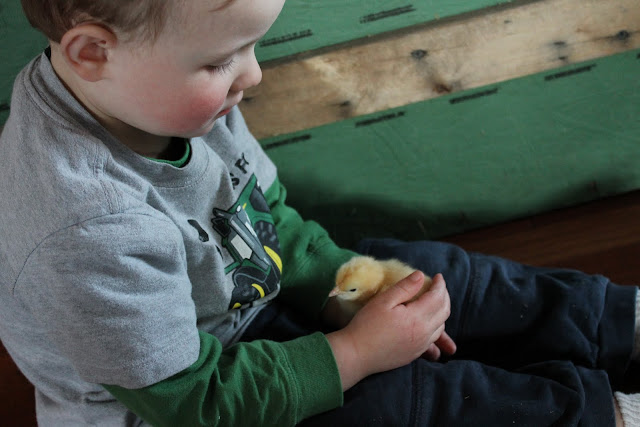 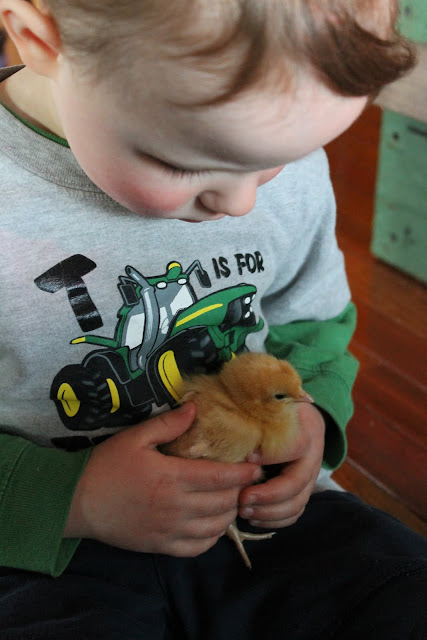 Someone else is interested. Harley has made his way into the brooder.  Could care less about the chicks.  Just wants to be nosy and make a mess.  We keep him locked out, mostly. 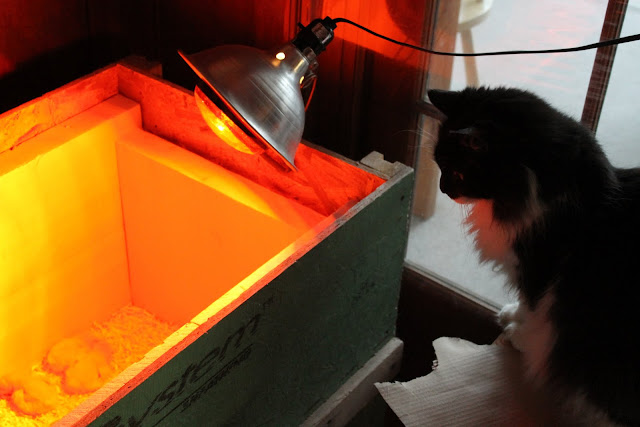 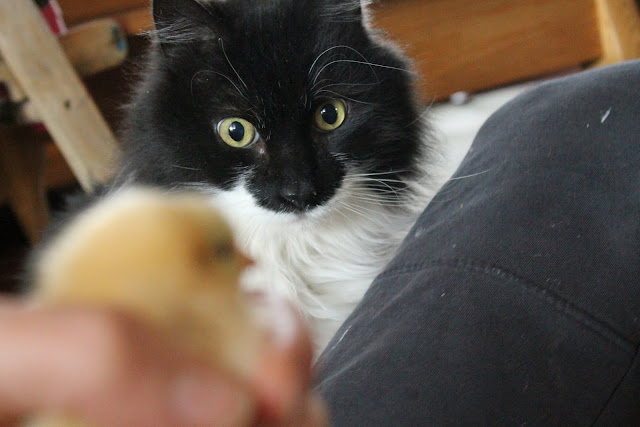 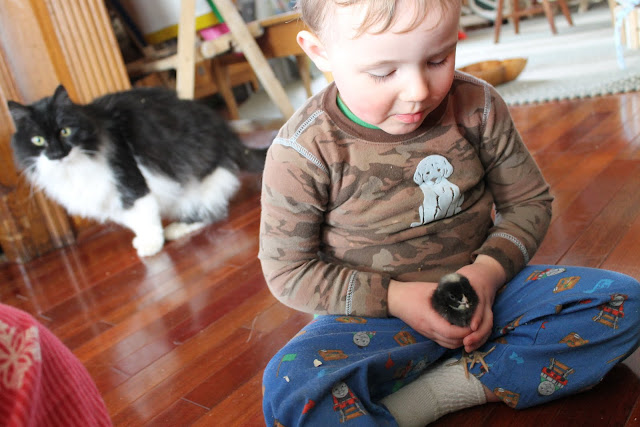 She wants to smack them if allowed. 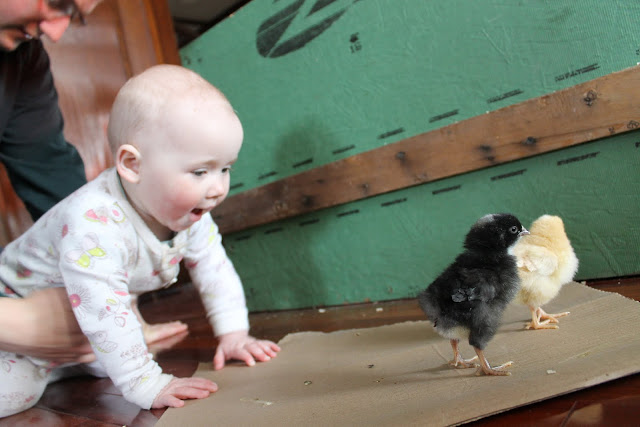 Mostly she just waves and says 'hi', since we keep her away, given we'd like these chicks to live. 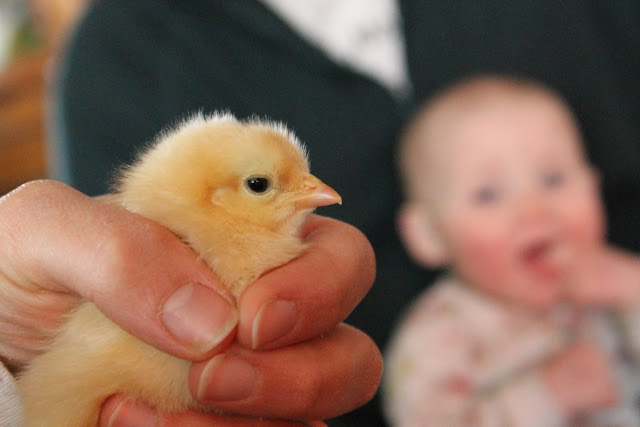 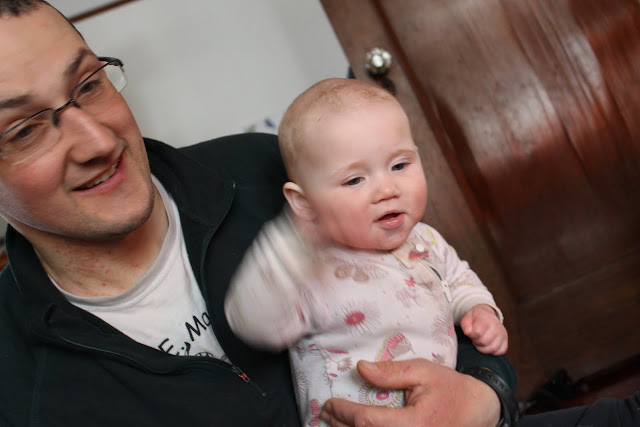 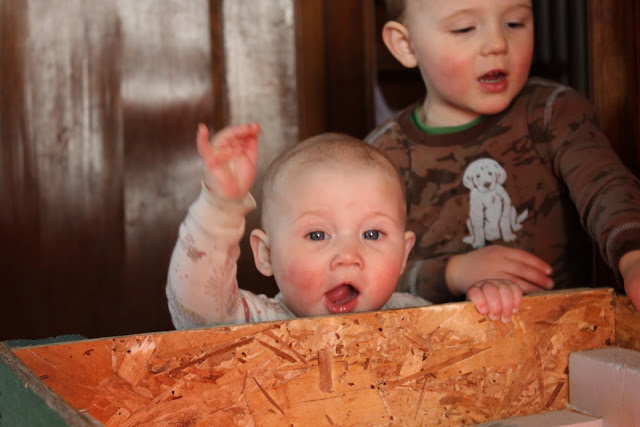 Did I mention he LOVES them?  And he sings to them?  And he holds them so gently?  And that he's going to take such good care of them? 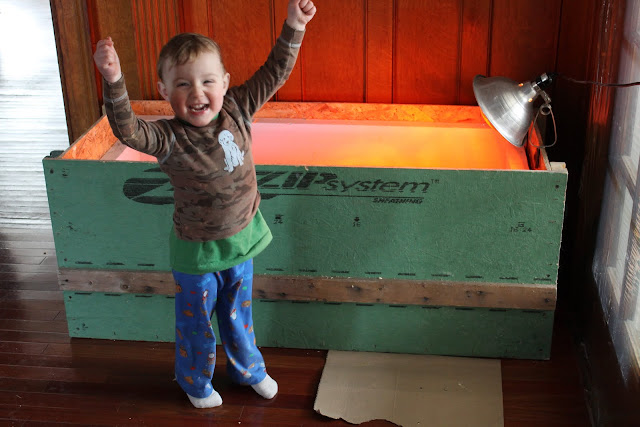 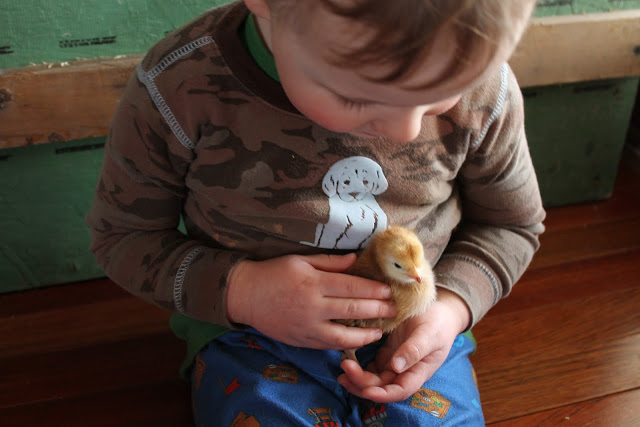 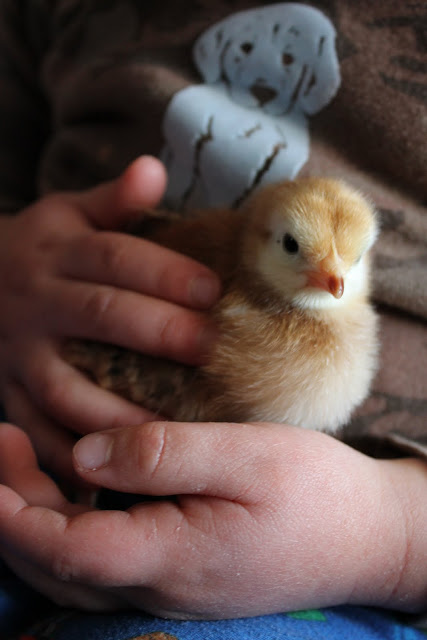 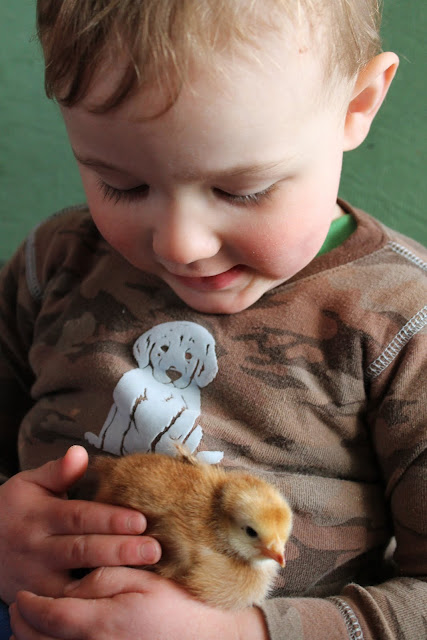 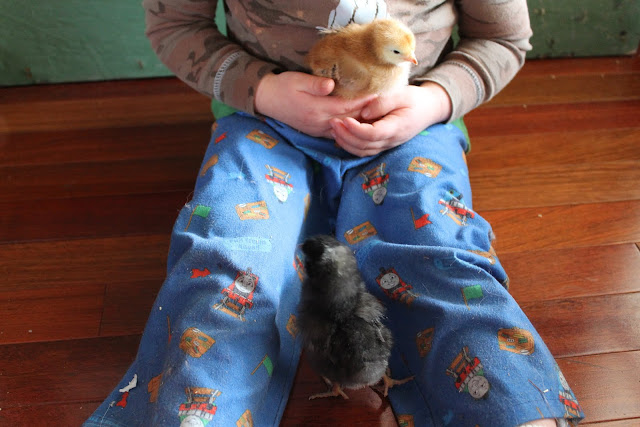 Anyway, there's much abuzz in this house, rightly so.  Raising chicks makes us all happy. 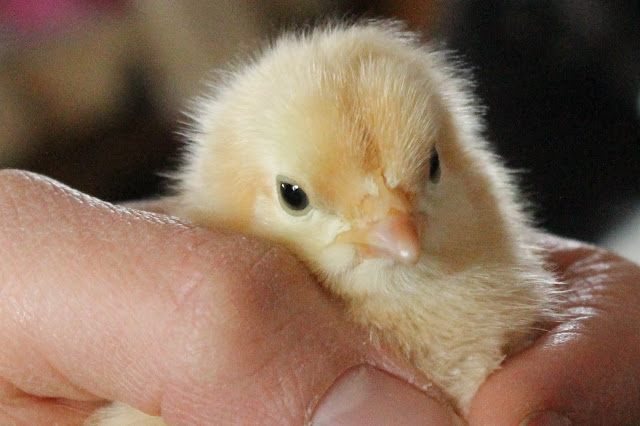 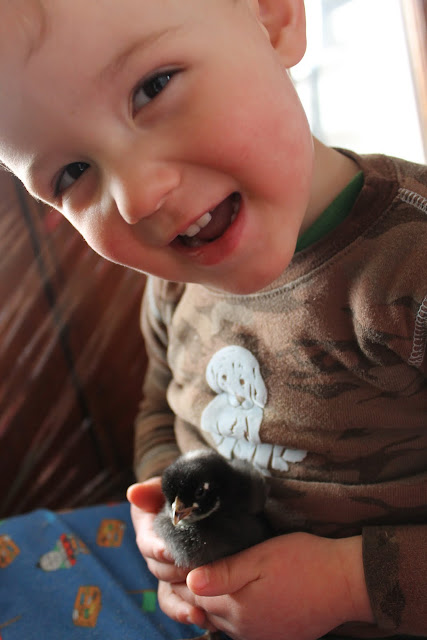