Rainbows and the eye for beauty.

I shared a couple of weeks ago the beautiful rainbow captured over our homestead. 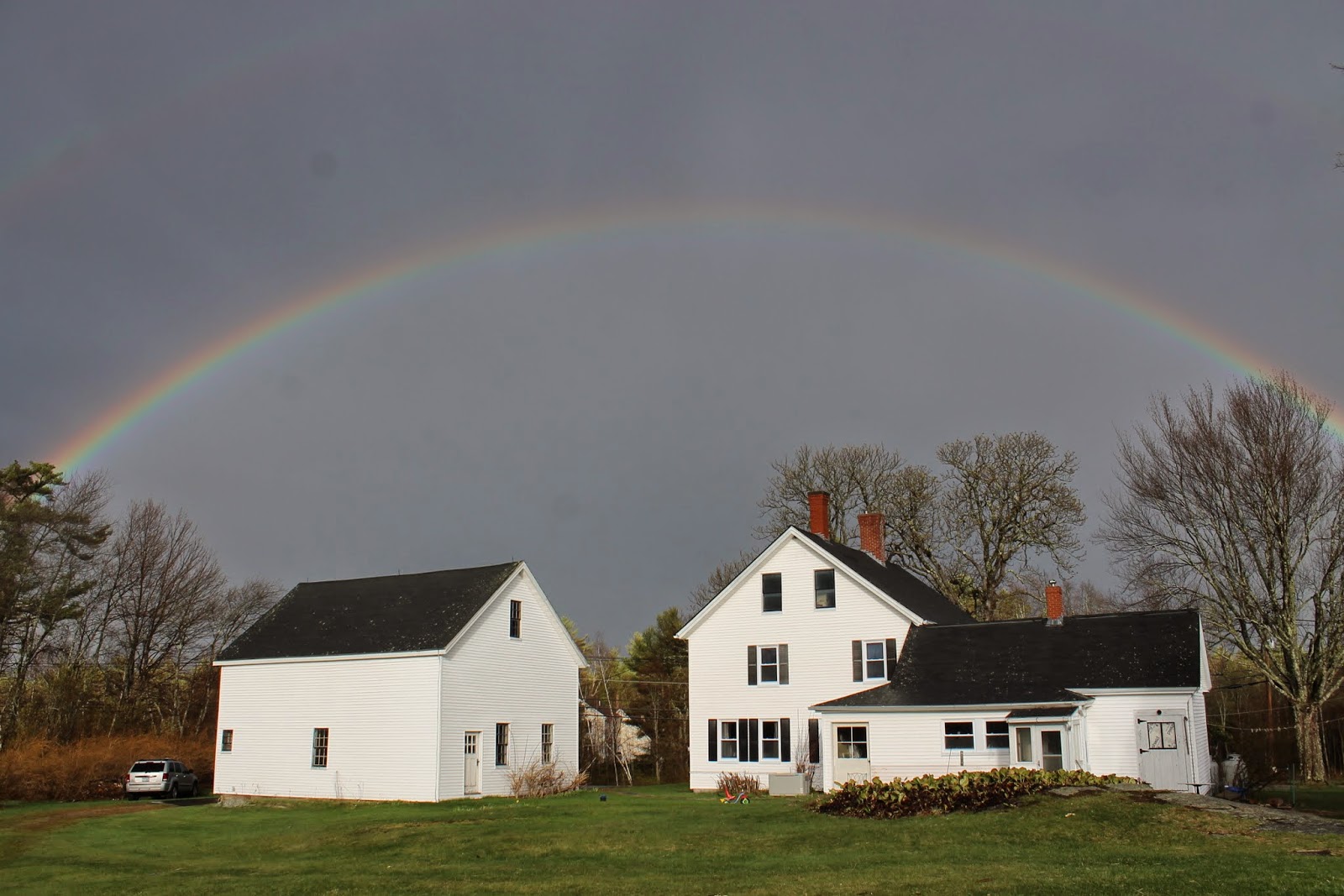 Well, just the other day, we happened to catch a rainbow on the way a beach in our town. 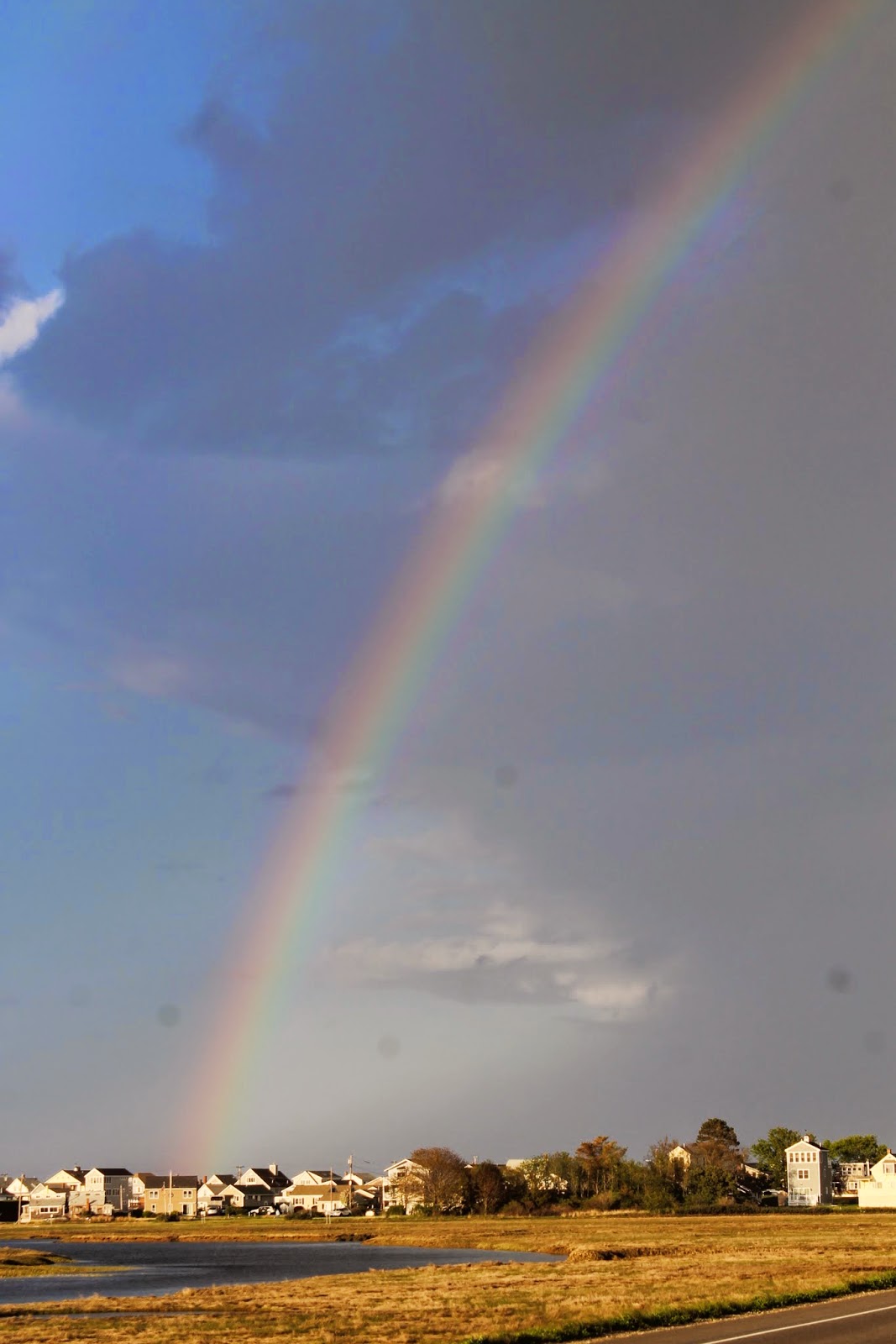 And by the time we got to the beach, the rainbow was still there. It was a full arch, but my lens wasn't able to capture the whole thing. 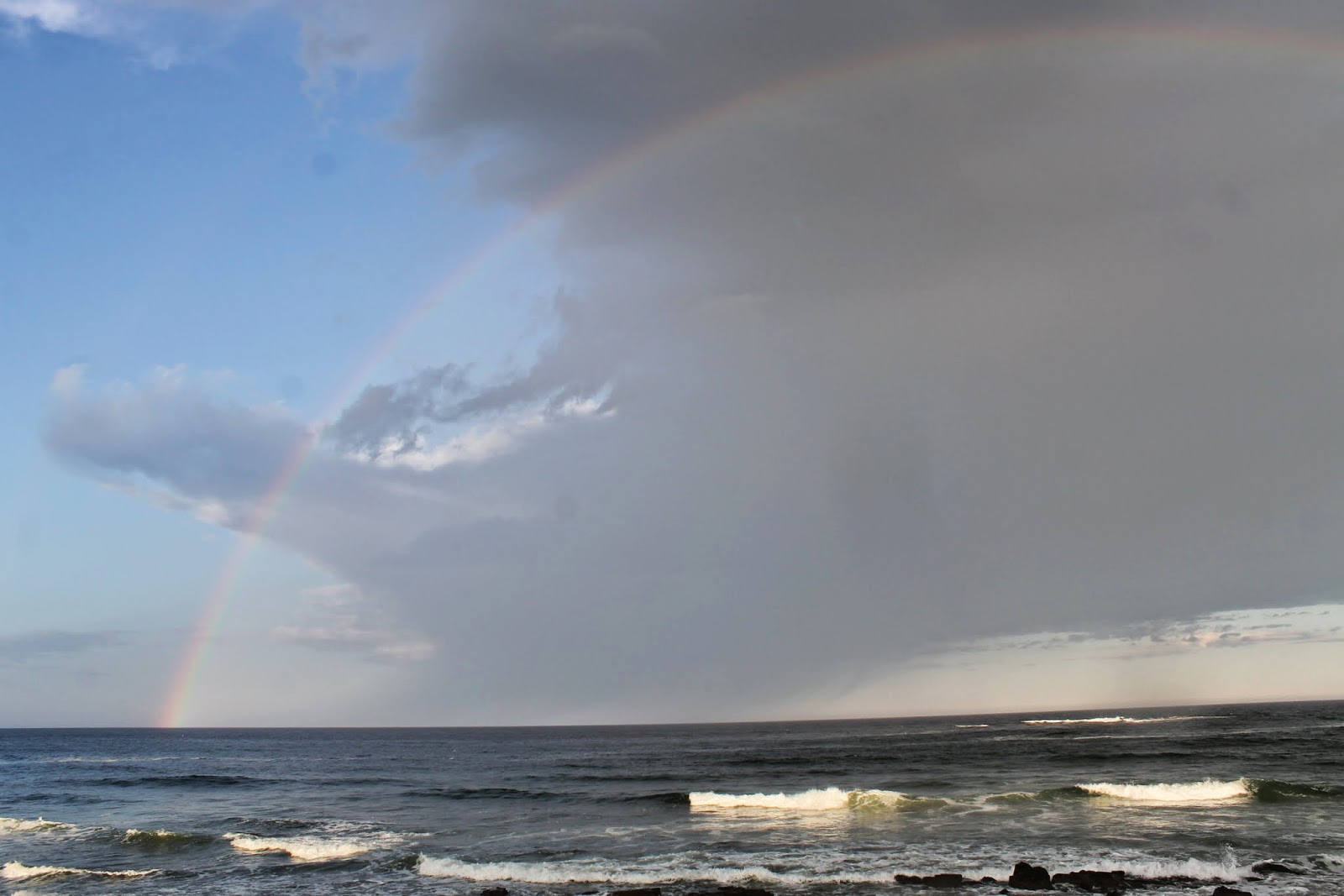 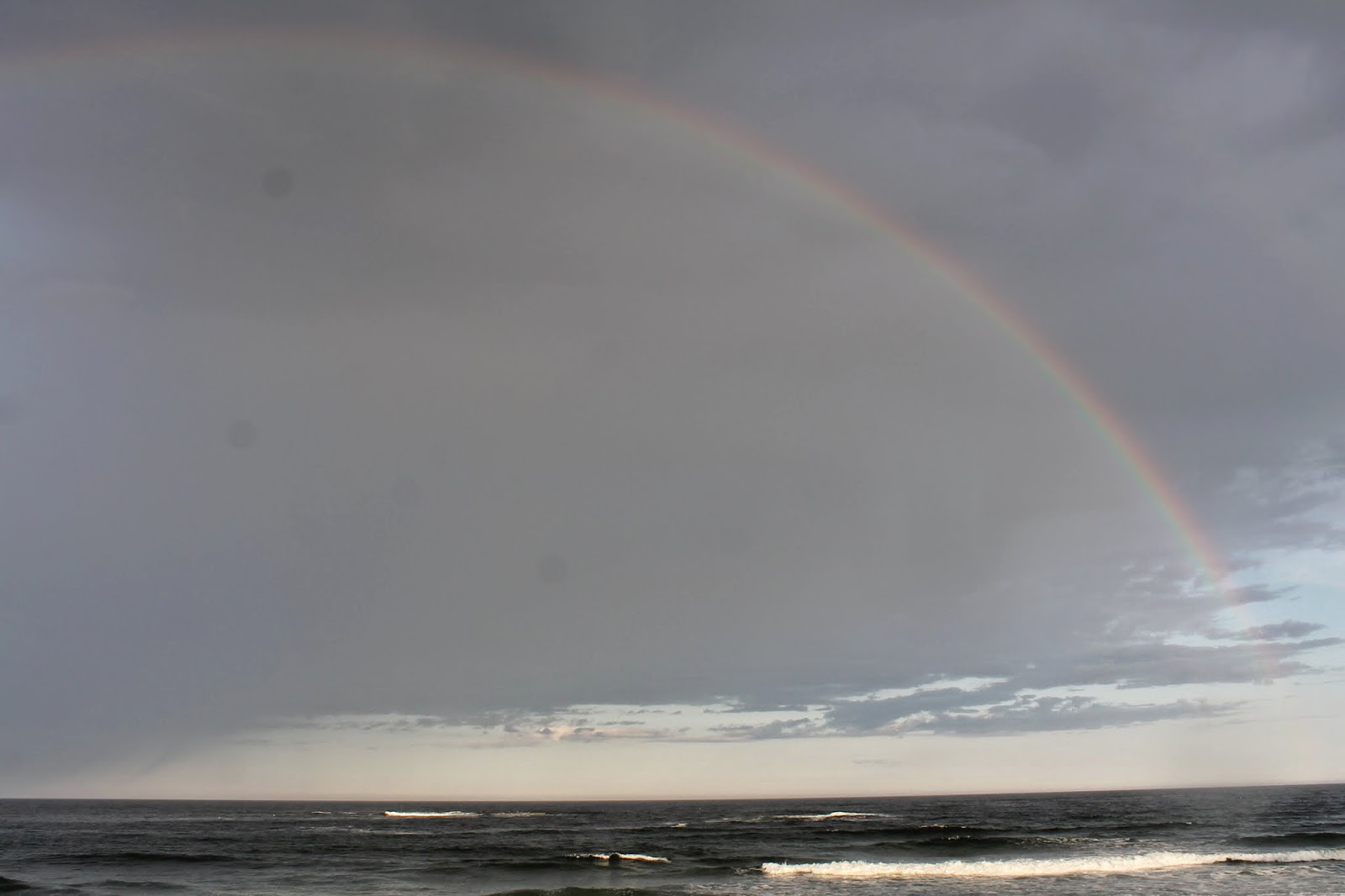 It really was beyond marvelous. 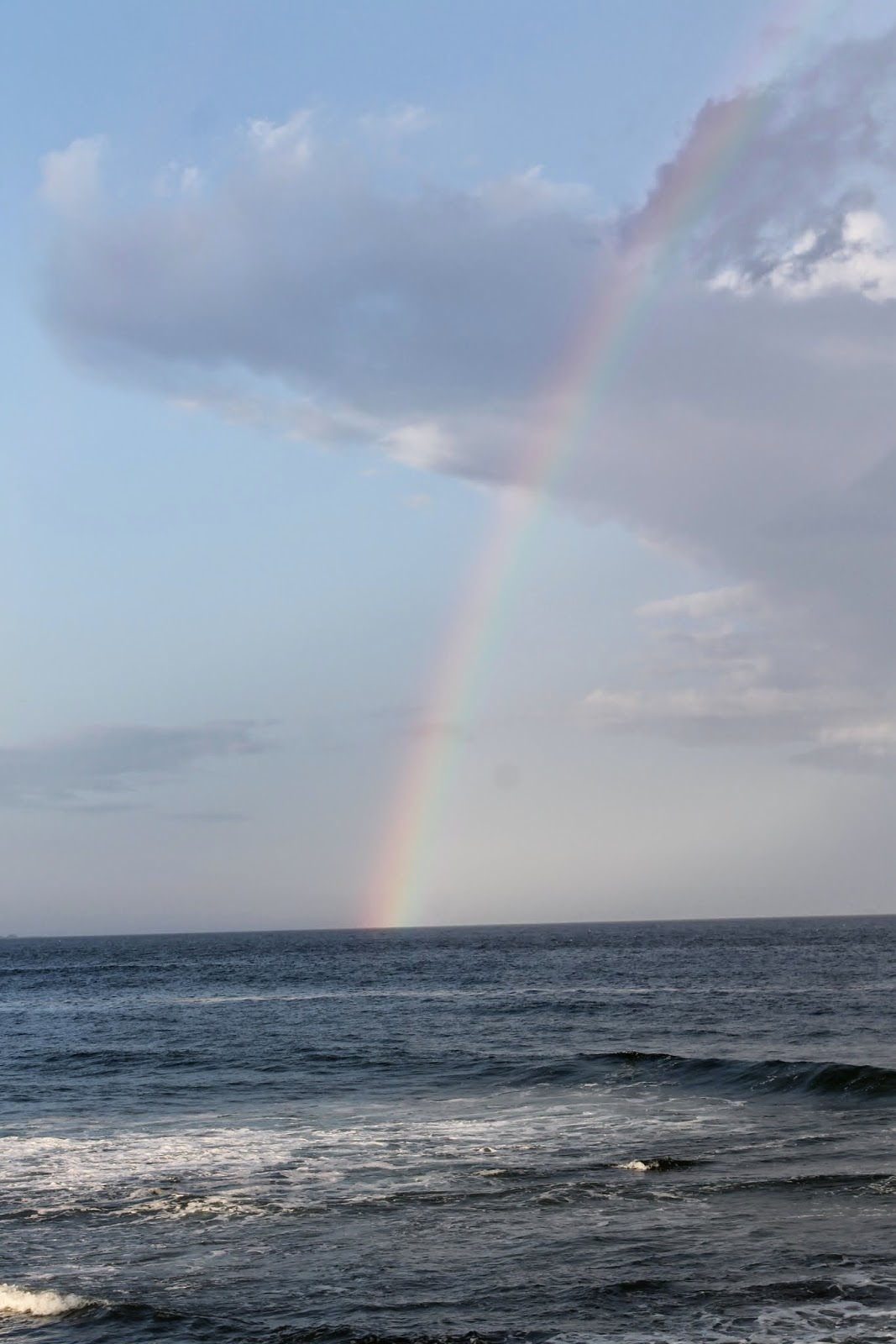 My little guy noticed the beauty. He wanted me to help him make a rainbow at home.  I made a little connect the dots frame for him and he focused so intently. I just love it. 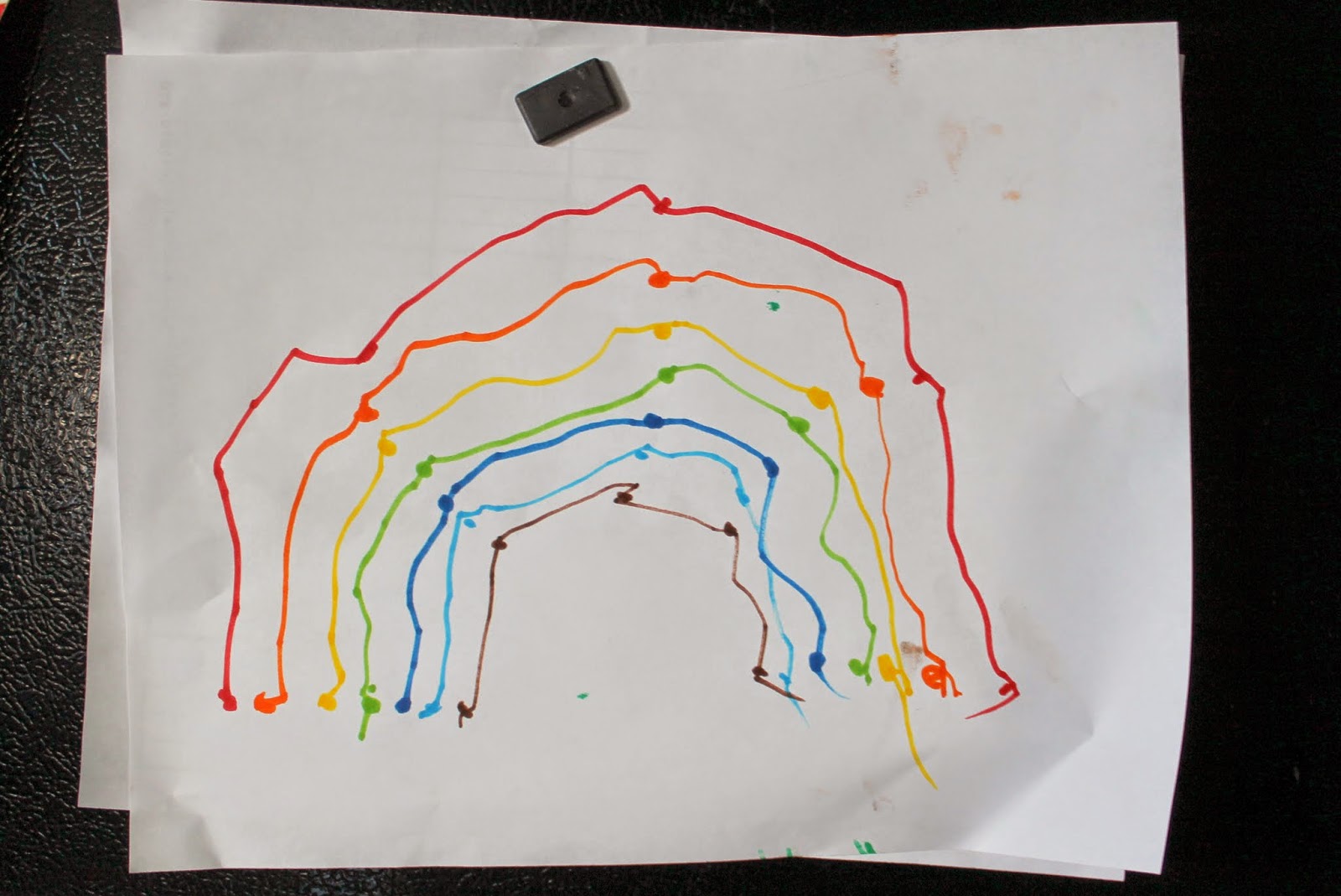 And then, a few days later, he came downstairs with a rainbow he created on his own, with no help. Goodness, I love it. 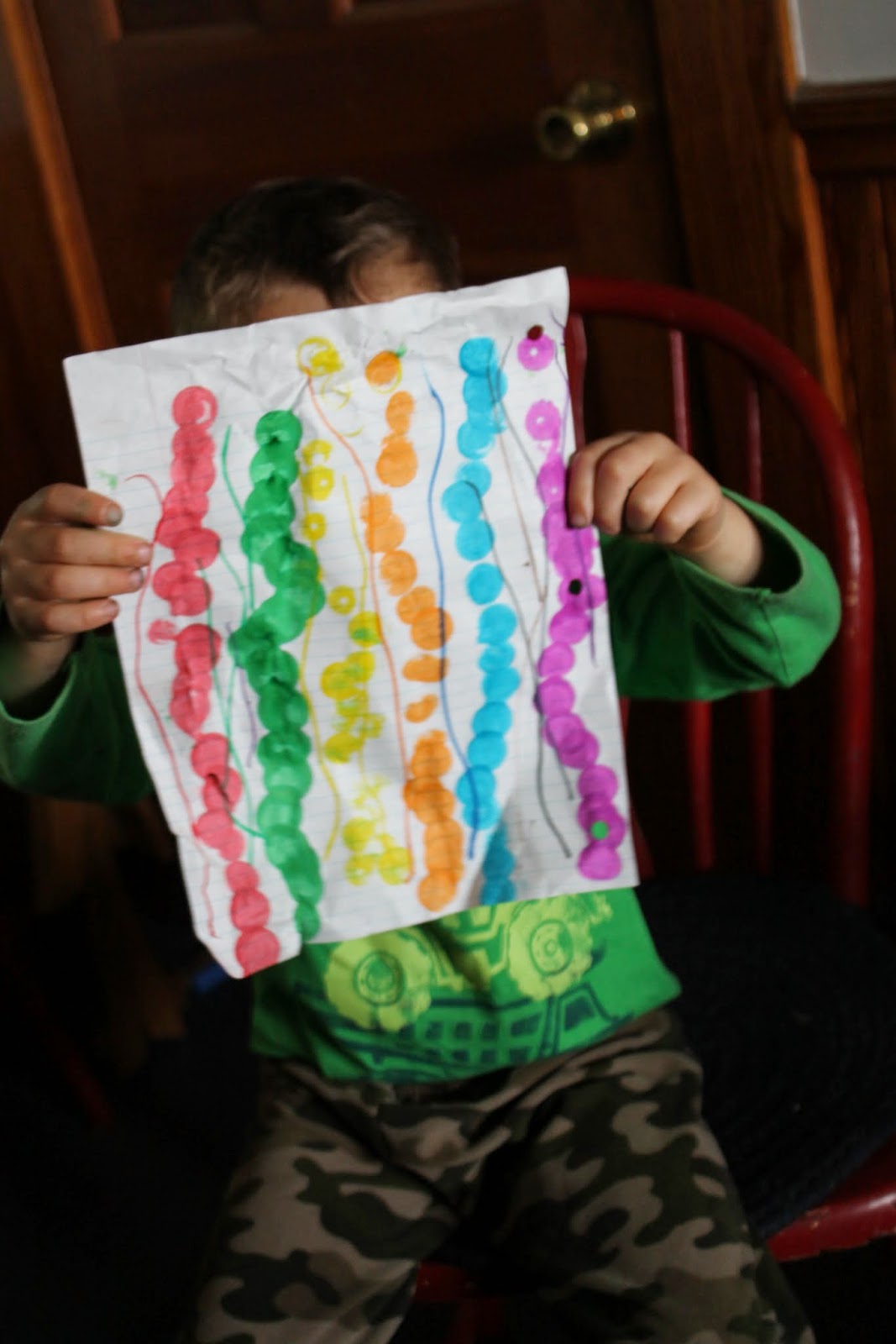 It's so easy to see the beauty in a rainbow.

But, this child also sees rainbows where they aren't so prominent.  He's one who always notices old barns and houses during our travels. He's always concerned if someone's not fixing it up. He worries about old structures falling.  He talks about how he's going to help.
Usually, we see these dilapidated structures in passing in our car. However, this one, we saw on foot. 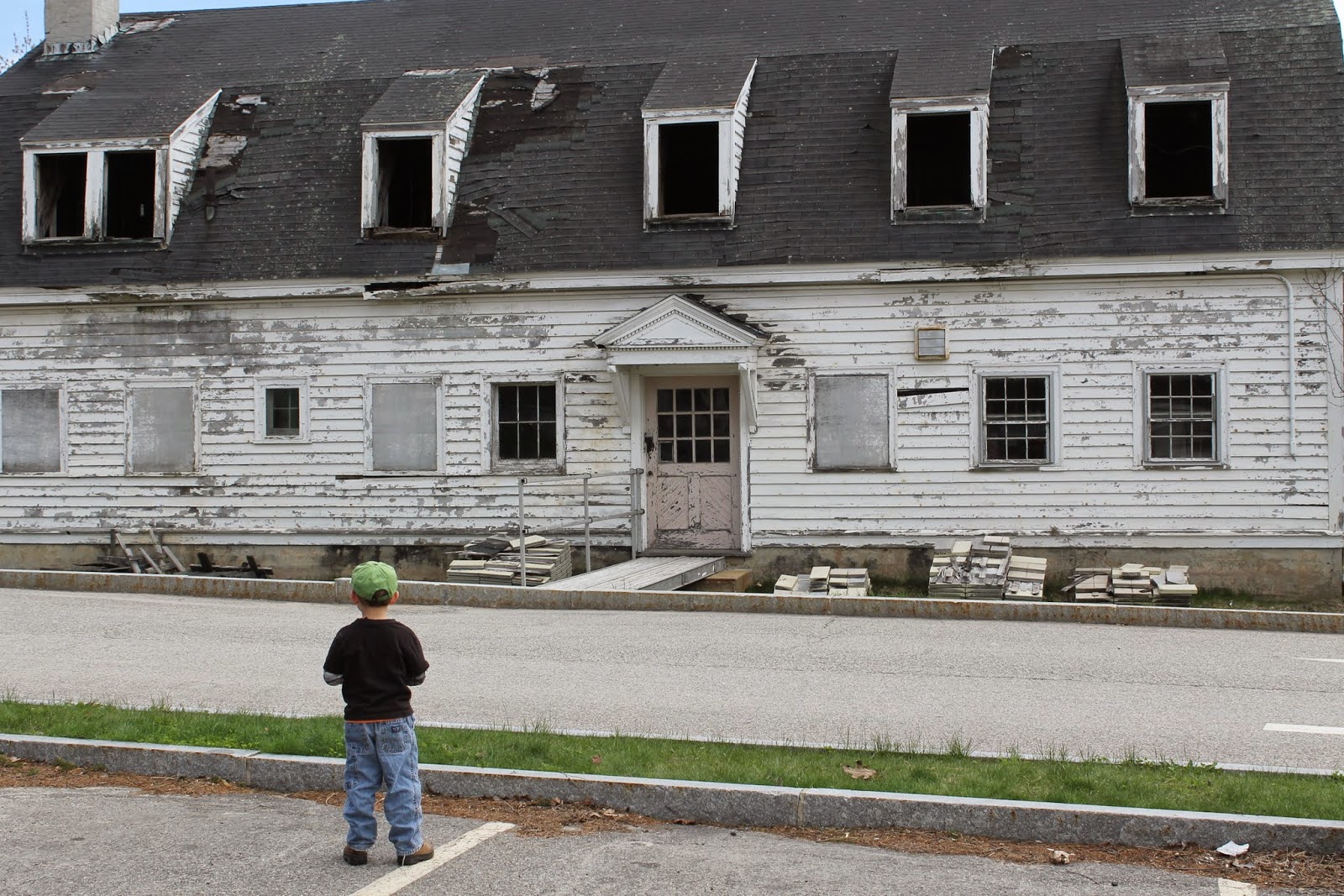 Finally, he shared his solution.  "BOG is going to come and help him fix it up so it won't fall to pieces." Nevermind we don't know the owners, this isn't for sale...and there's dozen of other logistic and financial obstacles that make a project as such impossible for us. I didn't say any of that to him. I just put my arm around him and said, "You're totally right. It does need fixing. Just think of what an awesome place it used to be and what it could be."

I can't help but agree with him.  It pains me to see old structures falling. 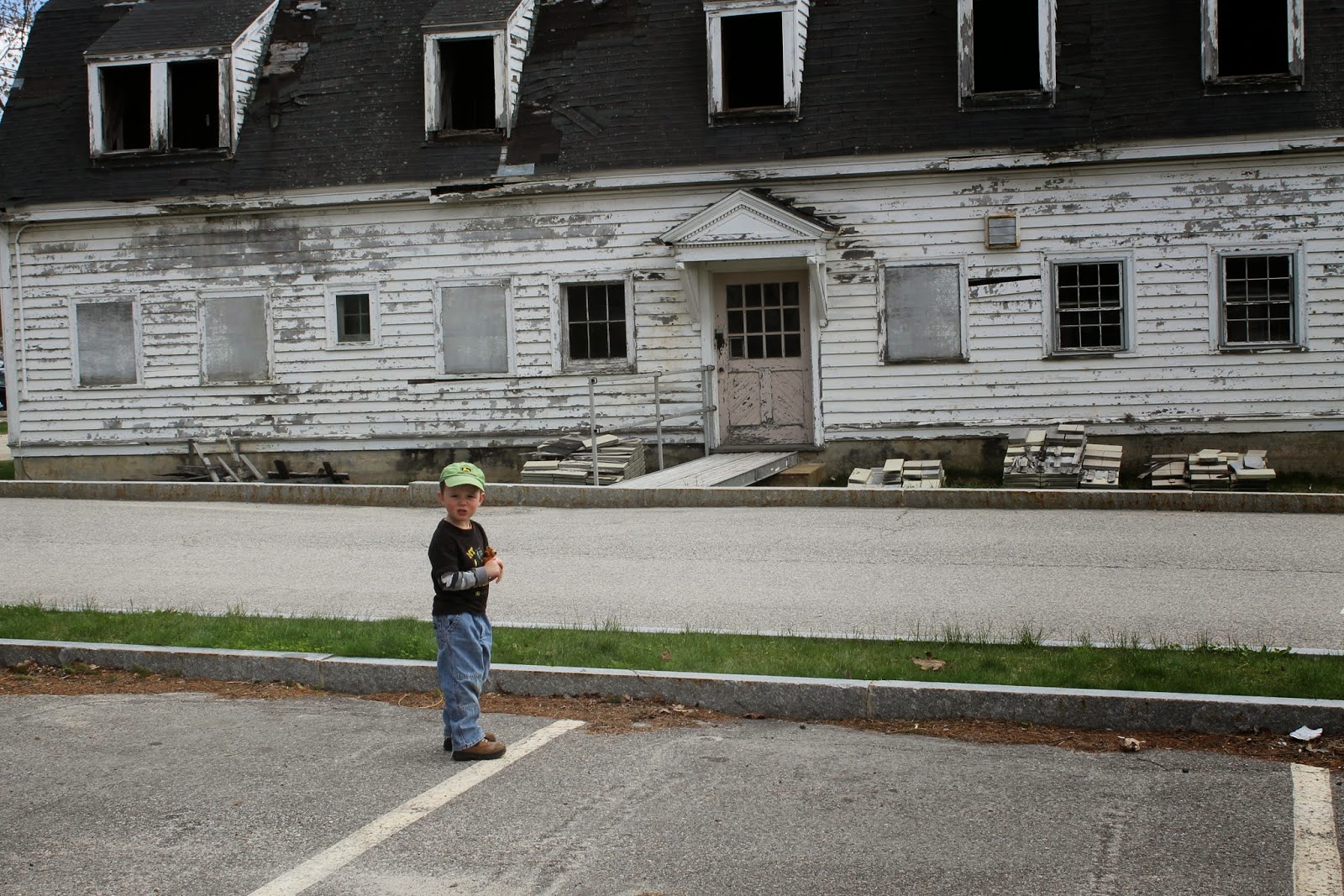 There's just as much beauty in this old building as there is in a rainbow.  Sometimes all it takes is a little imagination to get there.  Thankful my little guy is able to see such beauty.  Gives such hope for the next generation.