It wasn't that long ago I mentioned that I wasn't sure what she liked. I mean, she says she likes horses, but her brother told her she had to like horses because he likes cows and she can't like cows too.  She says she likes red. But, he told her he like John Deere Green, so she can like Farmall Red. Two in the same house definitely cannot like John Deere green, apparently. Maybe she really does like that stuff, or is she just parroting what her brother tells her to say?
We went to the Children's Museum of NH a couple weeks ago.  My husband paired with my son, I stuck with her. I followed her, doing what she wanted to do, at the pace she wanted.

You know what we did?  We spent much of our time in the craft station, coloring construction paper with markers.  ﻿ 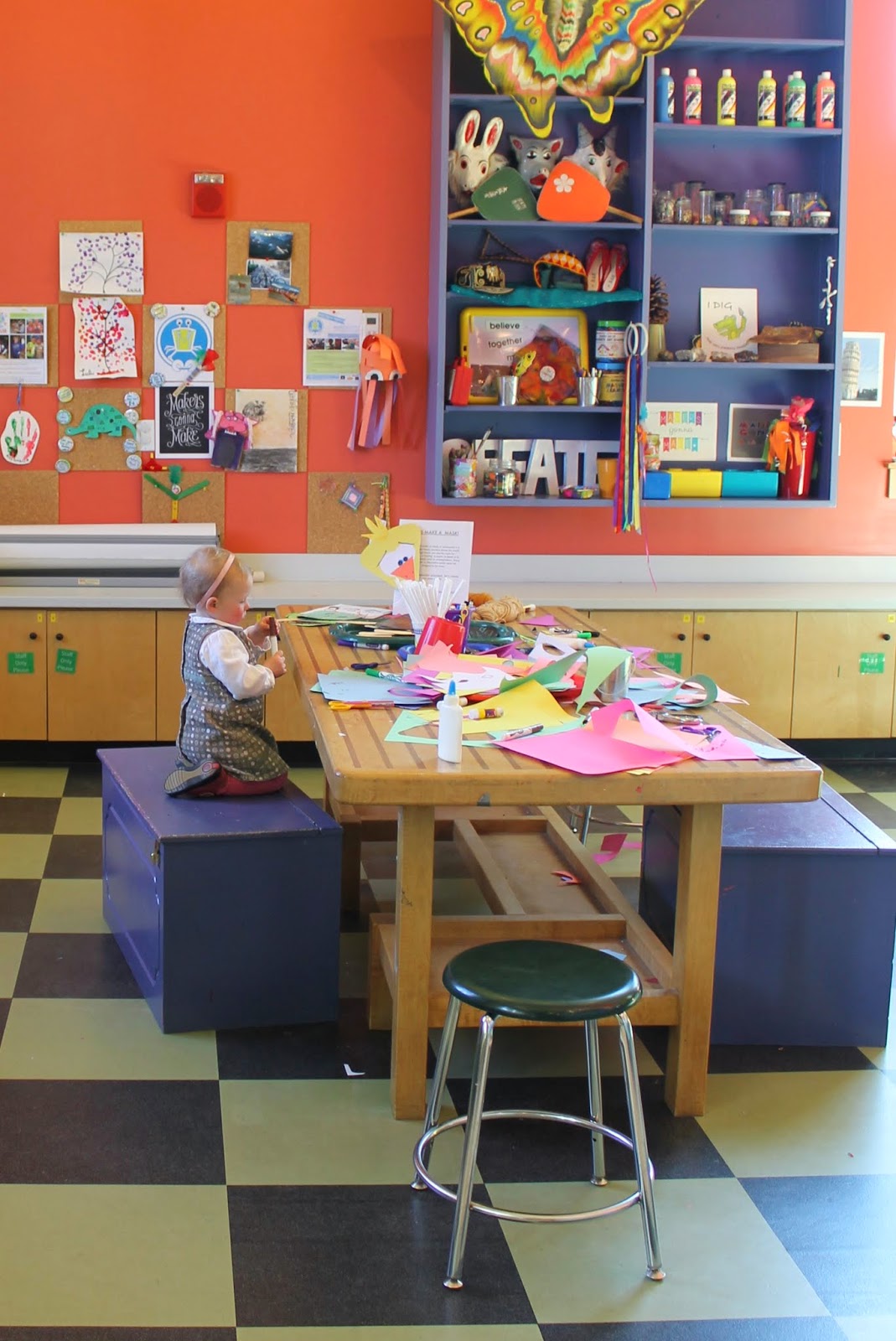 And then I went back in my mind to think about her interests.  She DOES like to create.

Back in winter, she was the one who wanted to sew fireside. 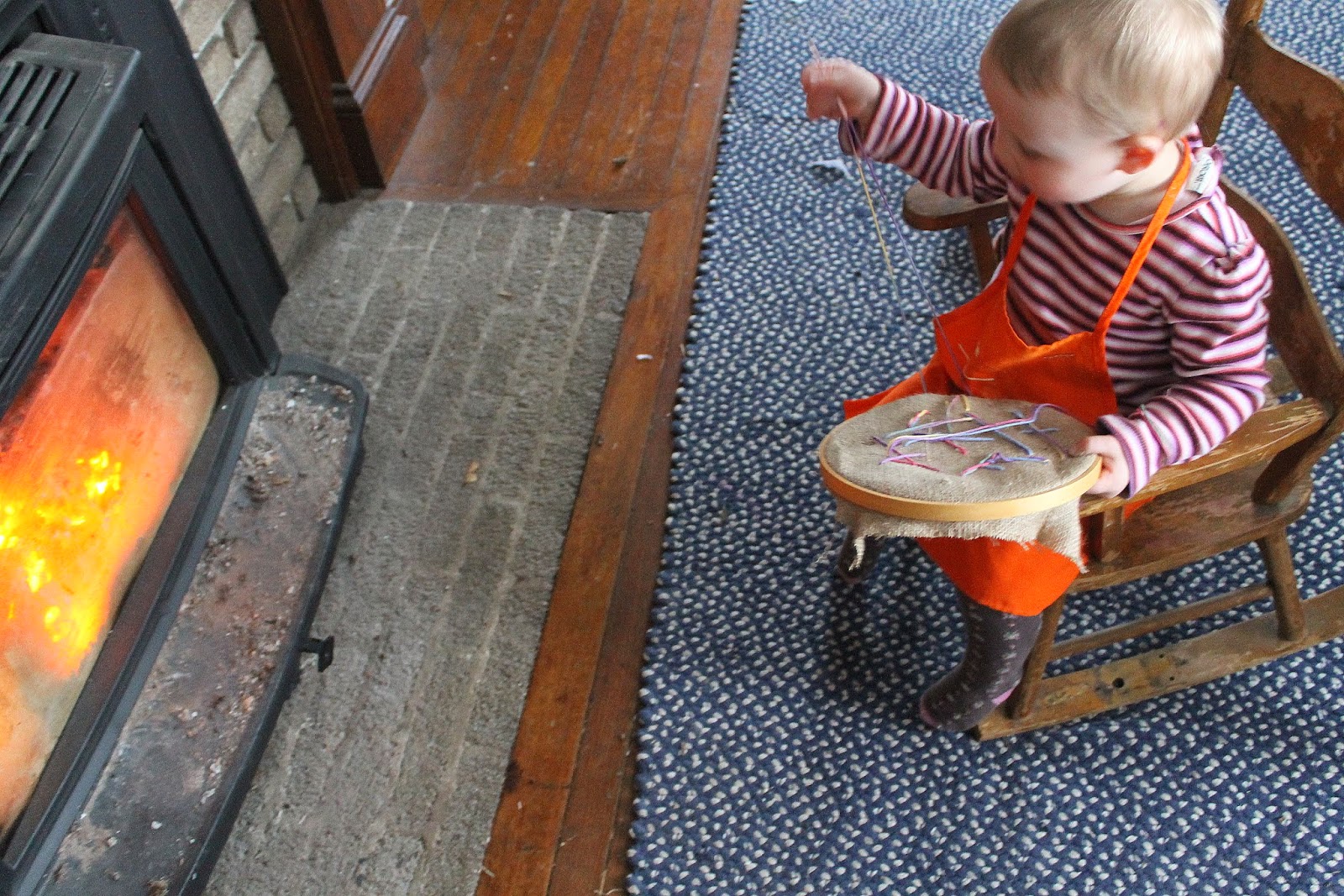 The papermaking class that we took was for age 3 and up, but she was the one who was most interested. 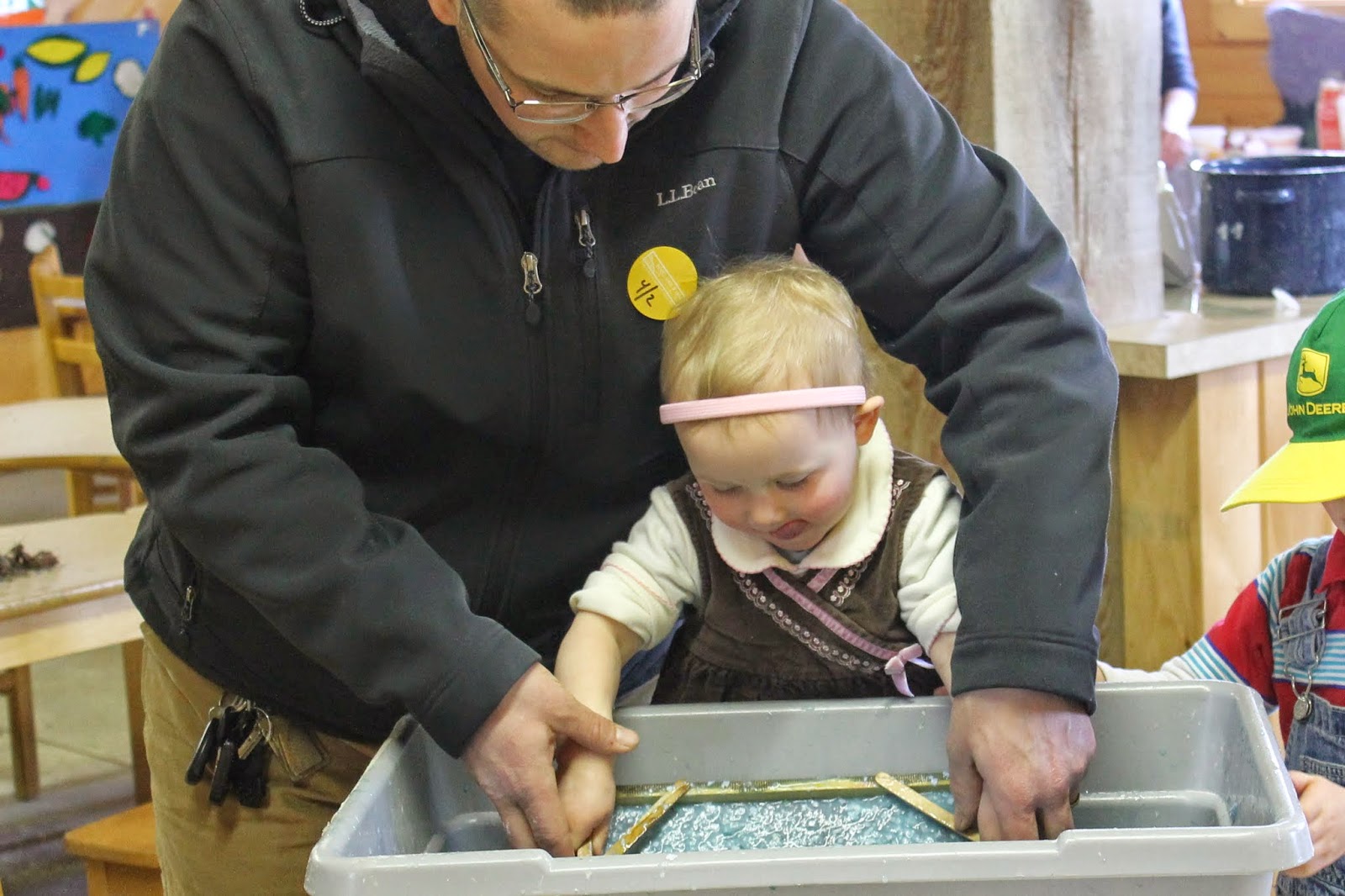 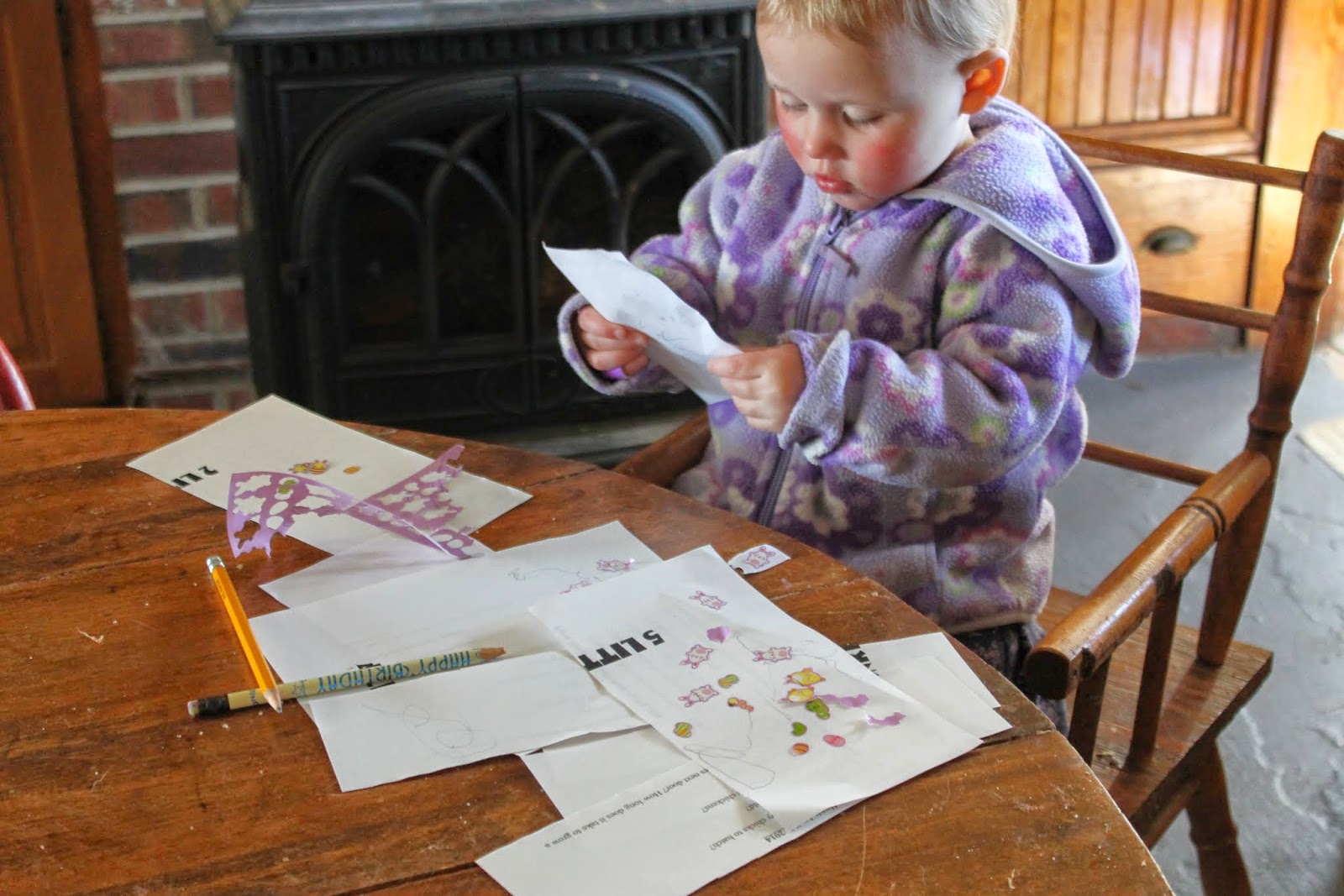 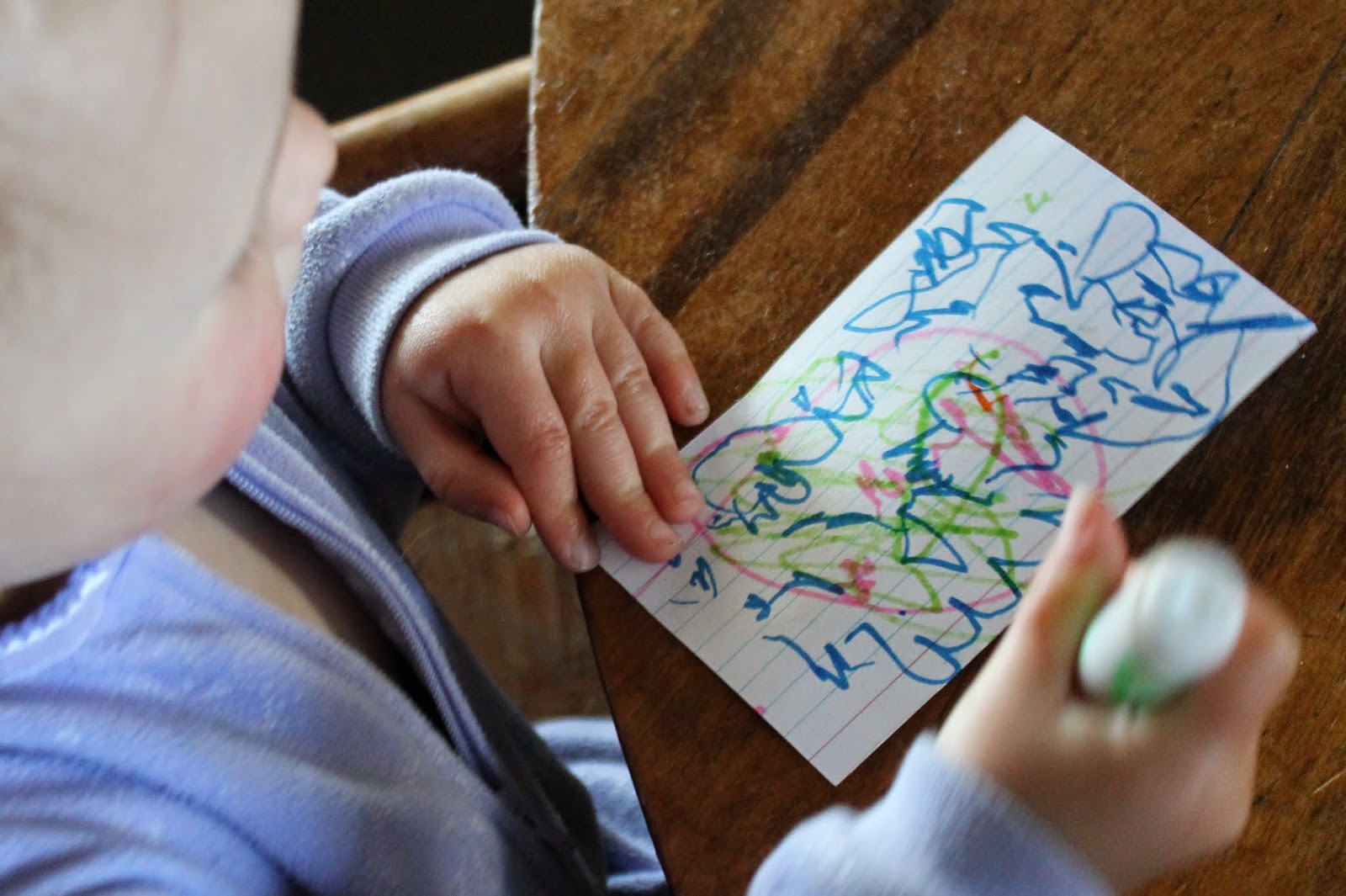 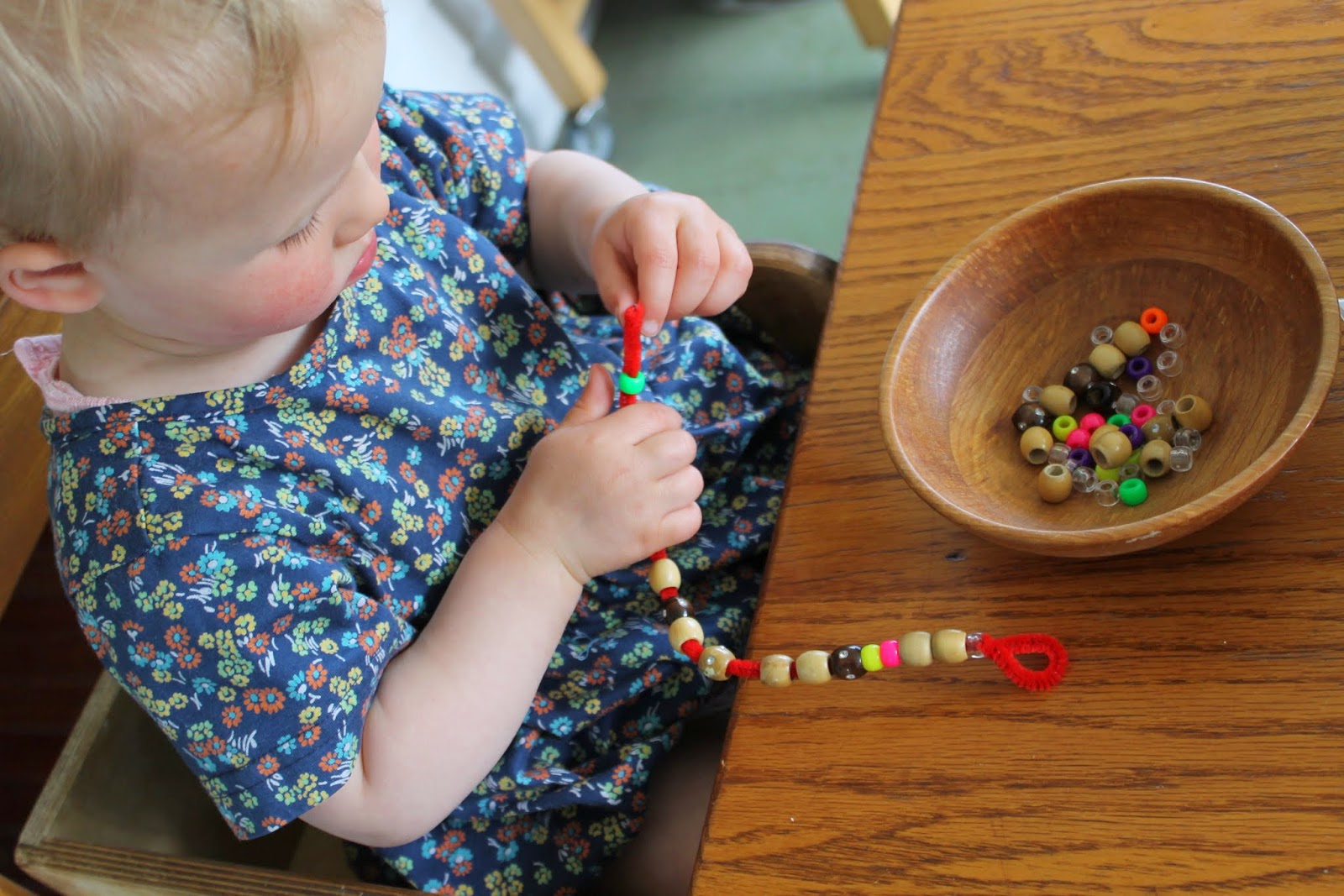 I'm sure I could go on if I went through the picture archives. In fact, when I think of it, I purposely placed my hope chest and, paper and crayons on the other side of my sewing machine. She creates along with me.  And she loves to reorganize my pin cushions. Although she's not supposed to go through my sewing machine, I found her like this the other day, removing and piling all contents after inspecting each one. 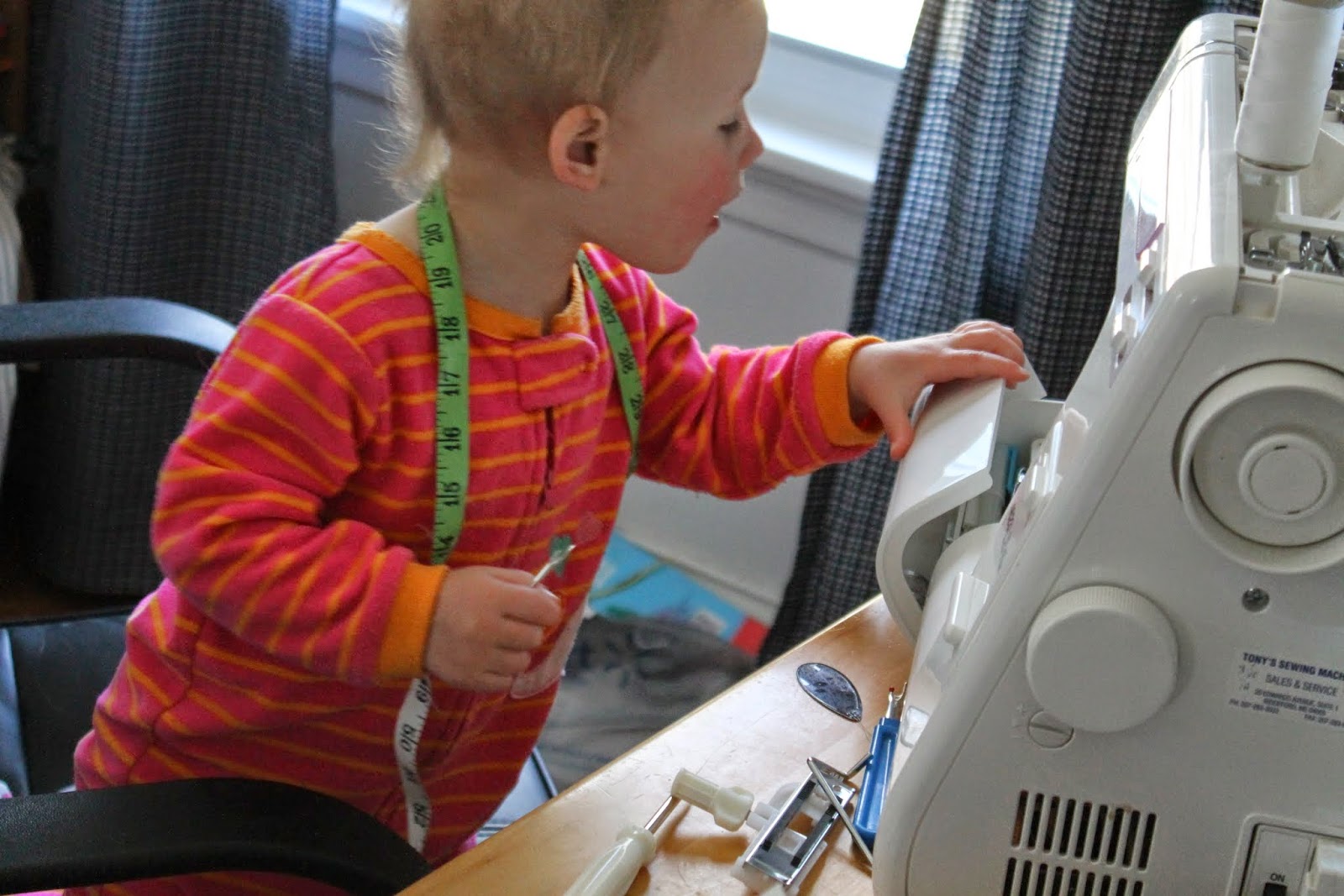 And she's the one who is eager to show me what she made at the library each week.

Now, if she continues this creative interest, you can guess there will be one mama who will be beyond thrilled. 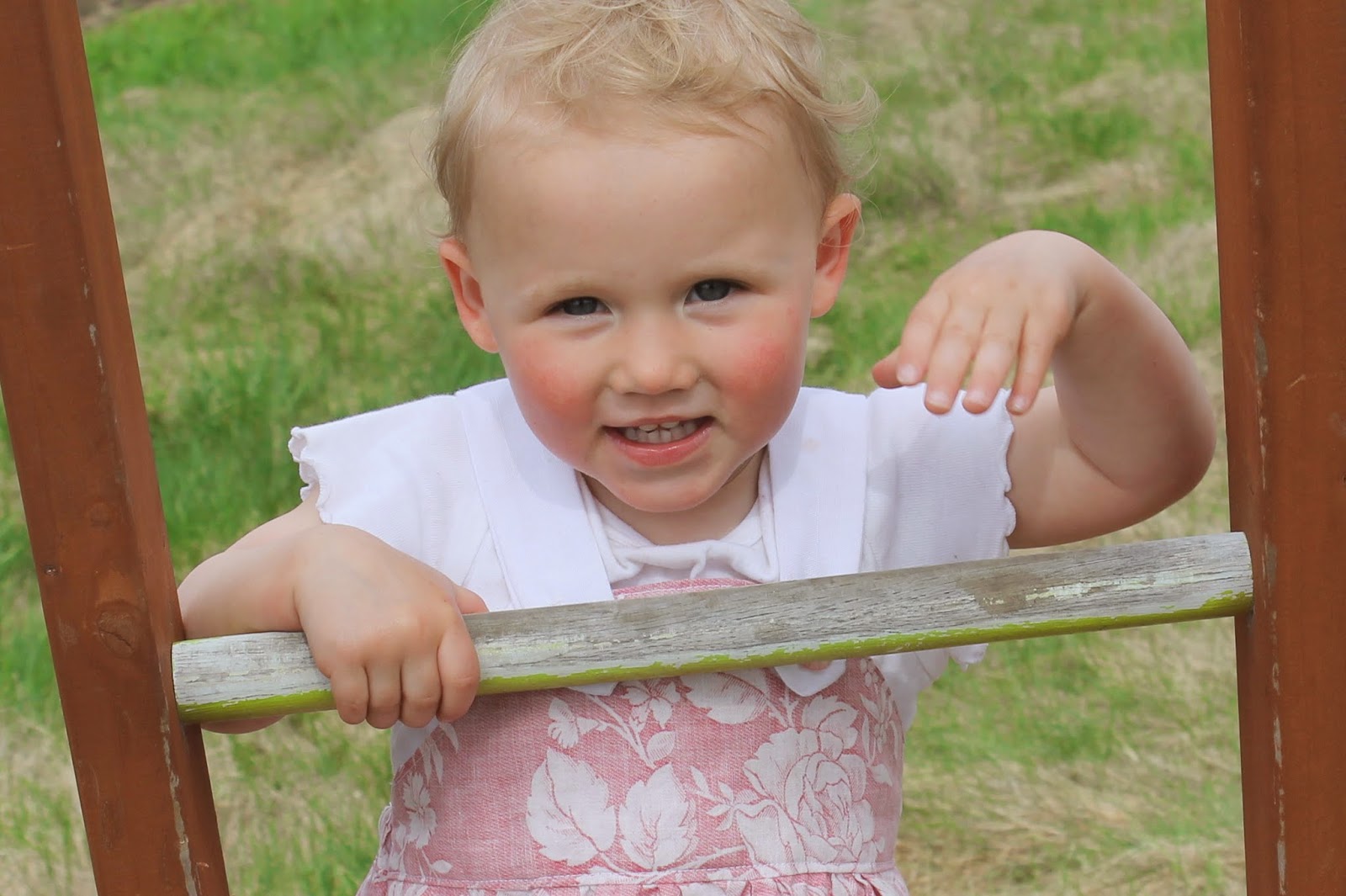 Creating together sounds like a bright future to me!
﻿