Our apple trees are LOADED with blossoms this year.  Not only is it a beautiful sight, but it's also brings great promises of what's to come this fall.  Apple pies, apple bars, apple crisp, apple fritters, etc.  Mmmm!  I certainly don't want to rush summer, but to think of the deliciousness...mmm! 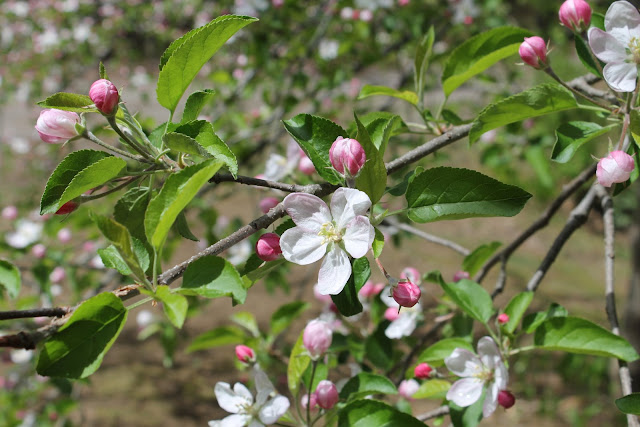 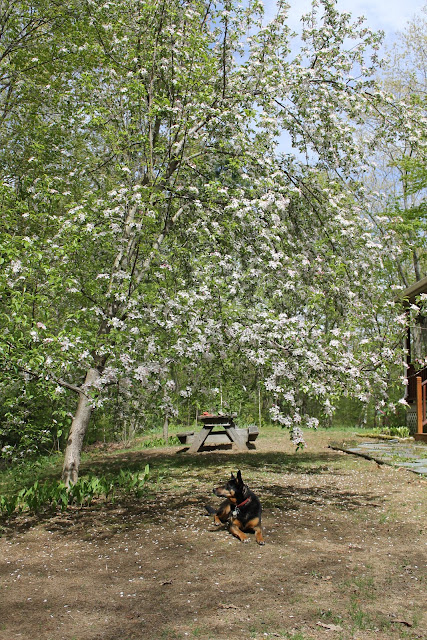 Last year our apples were sparse on one of our trees and non existent on the other.  It's been a few years since my dad took the chainsaw to the apple trees...pruning them up enough to make me nervous.  As much as I hate to admit it, my dad was right and we had a marvelous apple year the year he pruned.  Although I had full intentions on pruning the last couple years, well, I just didn't.  With the disappointing crop last year, I just had to prune this year.  One mid February day, my husband and son drove in a bit later than expected to find a pregnant chick high on a ladder, with a saw in hand, pruning away.  I'm sure he sighed a big sigh, shook his head and mumbled under his breath.... "Here she goes again".  But, there's oodles of blossoms now.  Hopefully enough apples so I can host another apple pie making party. 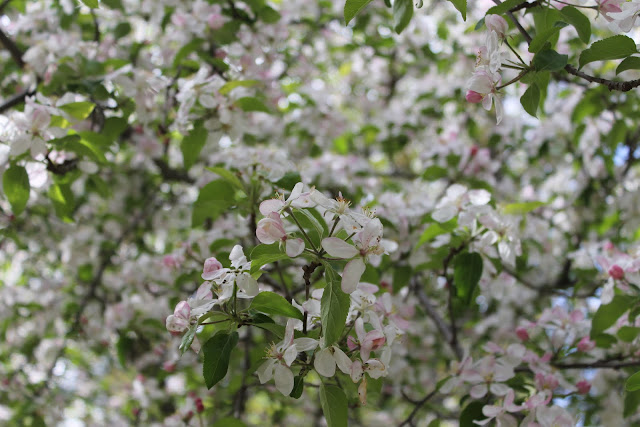 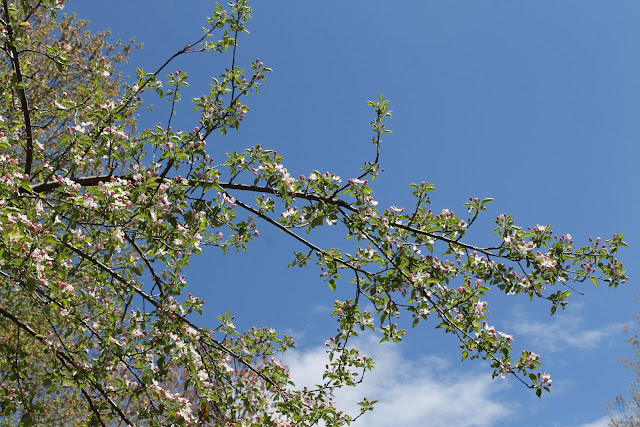 As I was looking at that apple tree the other day, I got thinking how necessary it was to regularly tend to the trees in order to receive those beautiful fruits.  This thought parallels to so much in life.  Marriage, raising children, faith...all that requires some tending to and some periodic pruning from time to time.  Although we already live a pretty simple life, I've been simplifying things even more during this nesting phase.  I'm trying to prune away the clutter, have less stuff. Sell, recycle, give away, put away...less stuff gives me time to tend to what's really important. 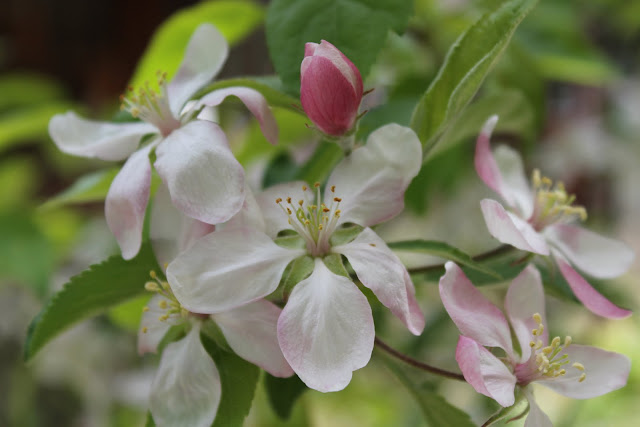 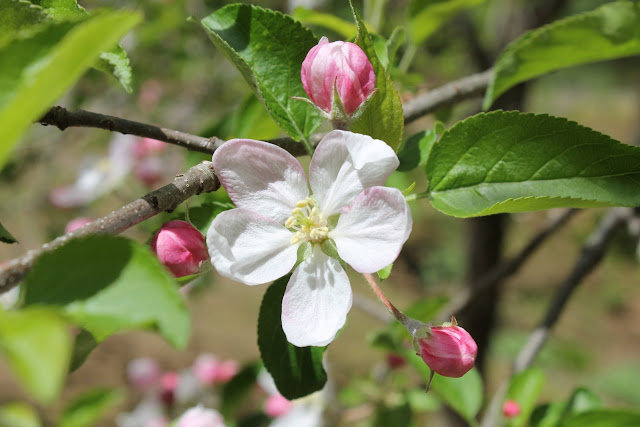