It's too late...again...that I'm sitting down to blog.  I've done a lot of things, but nothing very well today (which will be yesterday by the time you read this).  Things started, not completed.  Making bigger messes in the process.  You know what I mean.  And then I have an awake baby who just fell asleep in my arms...and I'm not brave enough to put her down yet.  And...you know...I sort of like that she wants to cuddle me.  Okay, not sort of.  I like it a lot.  Someday she won't want to snuggle me.  But she wants to be in my arms now. Her little warm body, the rhythmic breaths, her fuzzy little head nestled under my chin.  You see... I can't refuse.

So, instead of bringing you what I had planned to bring you, I'll instead share with you her boots.

She has wanted to wear them for some time, but each time she has taken a step with them on, the boots either fell off or she toppled over.  Frustrating for her.

But just the other day, she discovered they *finally* fit!  Oh, she was so happy. 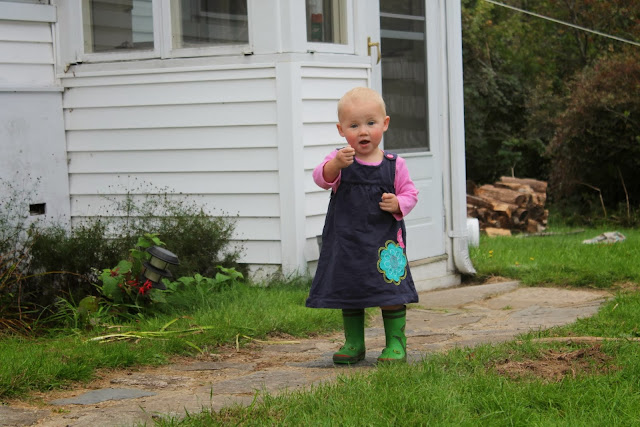 She kept bending over, pointing to them and saying "boots". 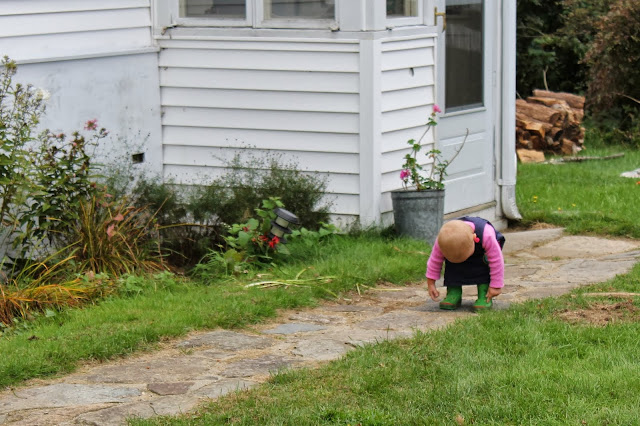 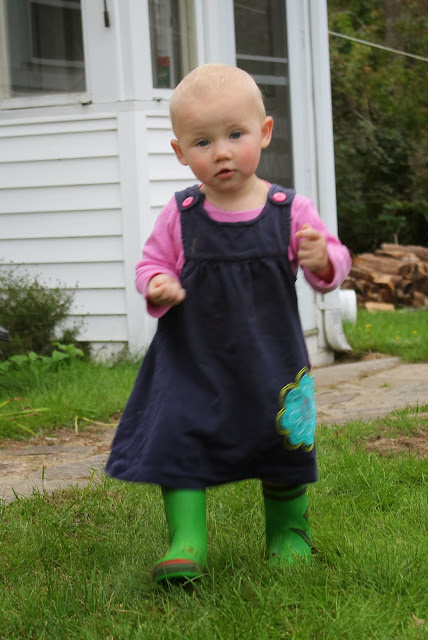 And that little girl just wanted to march everywhere, now that those boots fit. 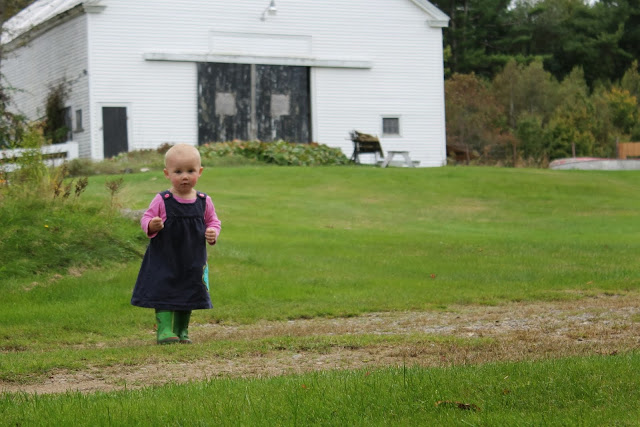 She had a hard time taking her eyes off of them. 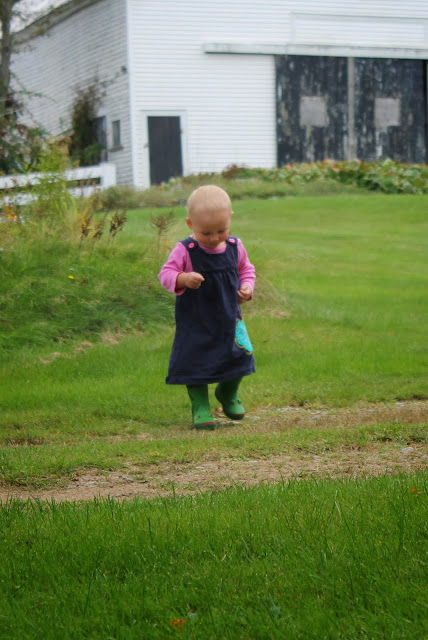 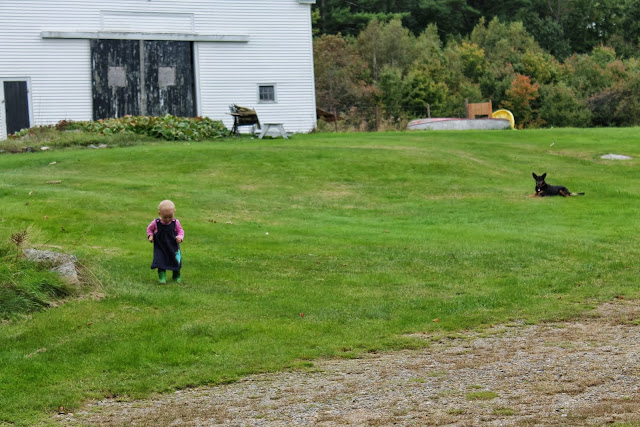 Here she's giving her boots a round of applause. 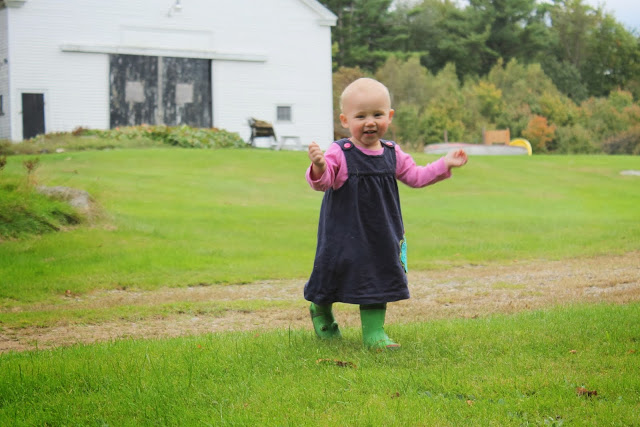 Happy the boots made your day, sweet girl.  Watching you celebrate made mine. 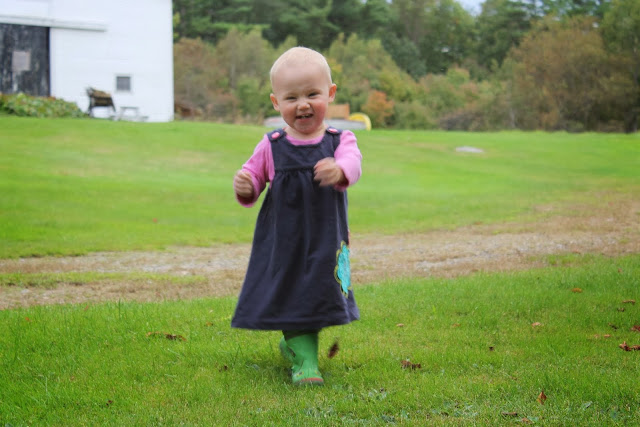