Tidying is a fancy way of saying I put everything away.  You see, farming, farming and more farming is all we do around these parts. His farming paraphernalia starts in one room and spills across the whole house. Tractors, cows, bales of hay, etc. Our play room had this magnificent kitchen area, that has been unused for some time due to the farm expansion project.  He's in charge, that's for sure. This little girl has been told her favorite tractors are Farmalls. She can't like John Deere tractors because only he can like John Deere. She's not allowed to like cows because cows are his favorite.  Two people in the same house couldn't both like cows. It's not allowed, apparently.  She's also either the menace who 'ruins' everything or she's the hired help who has to follow orders.  Not that she minds, usually.  She just goes with the flow and does what she's told most often.

Out went all the farming stuff. And practically everything else too. 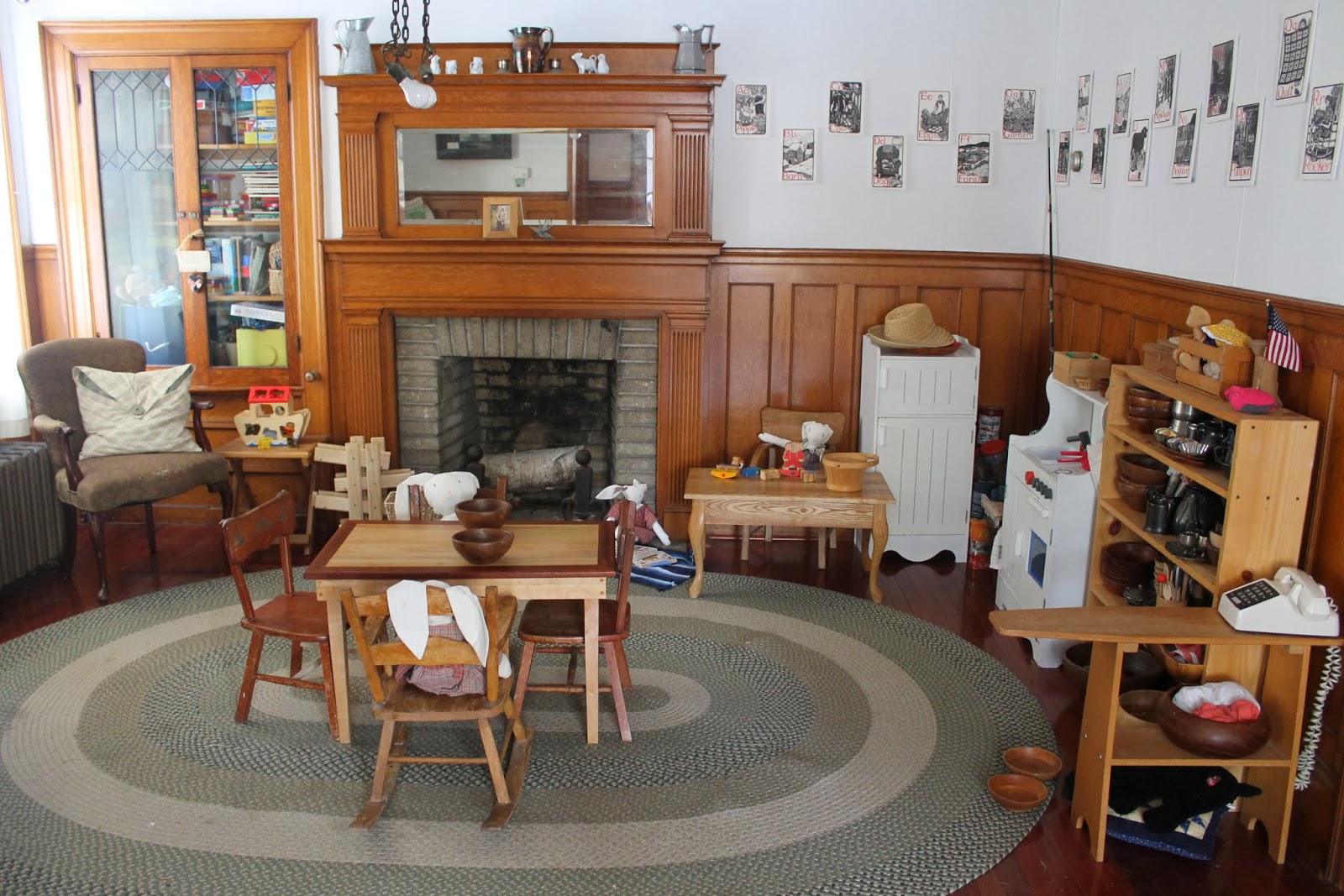 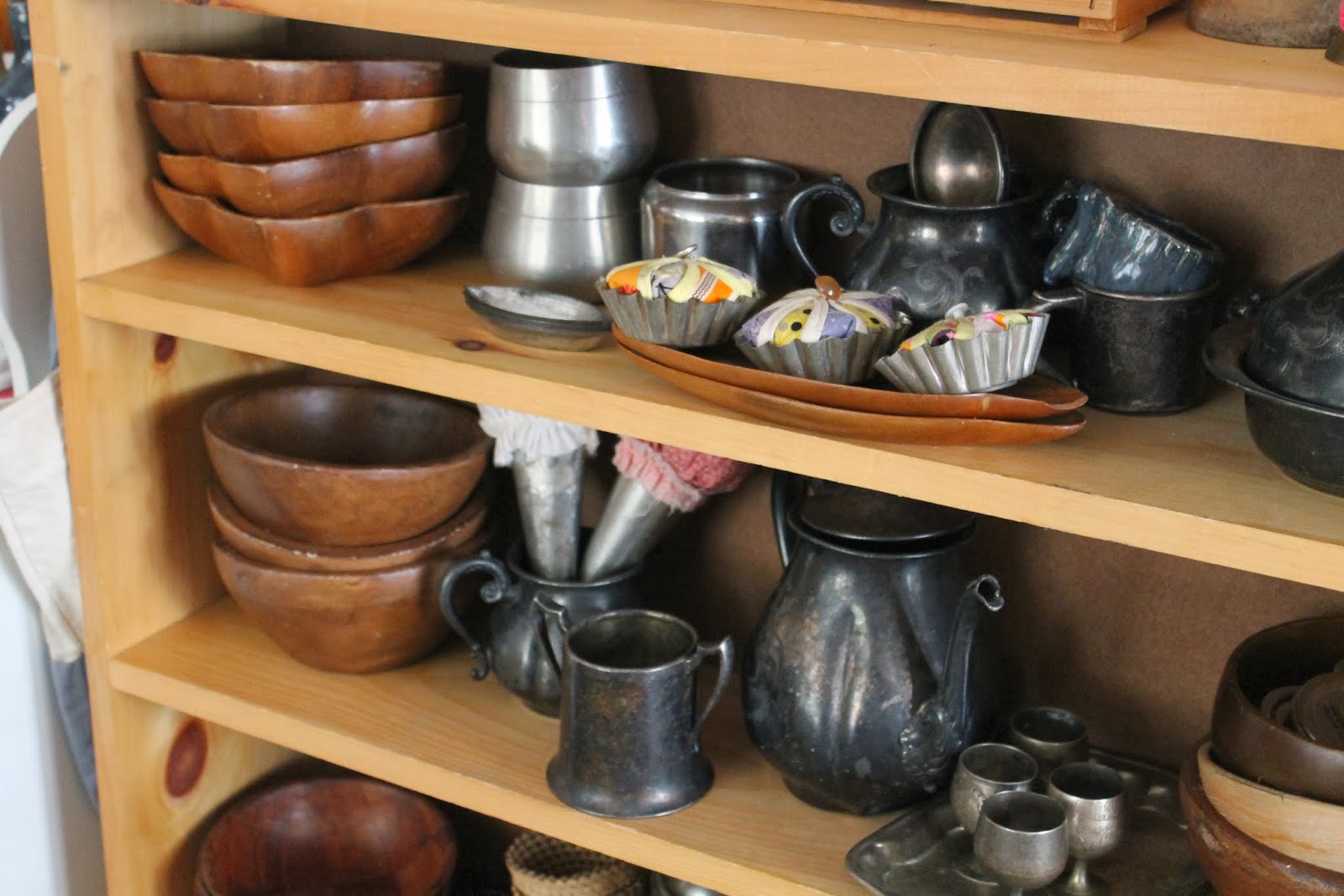 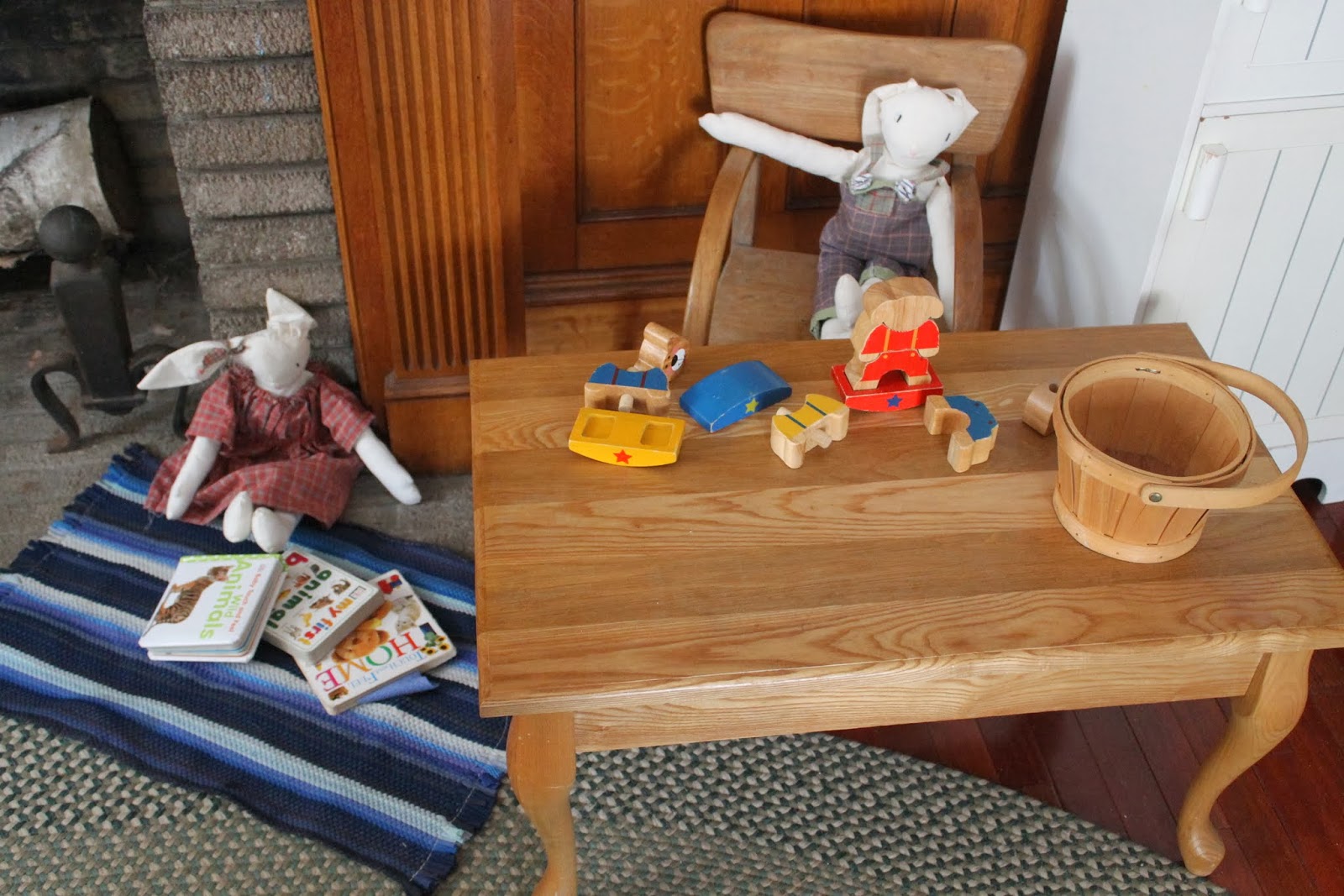 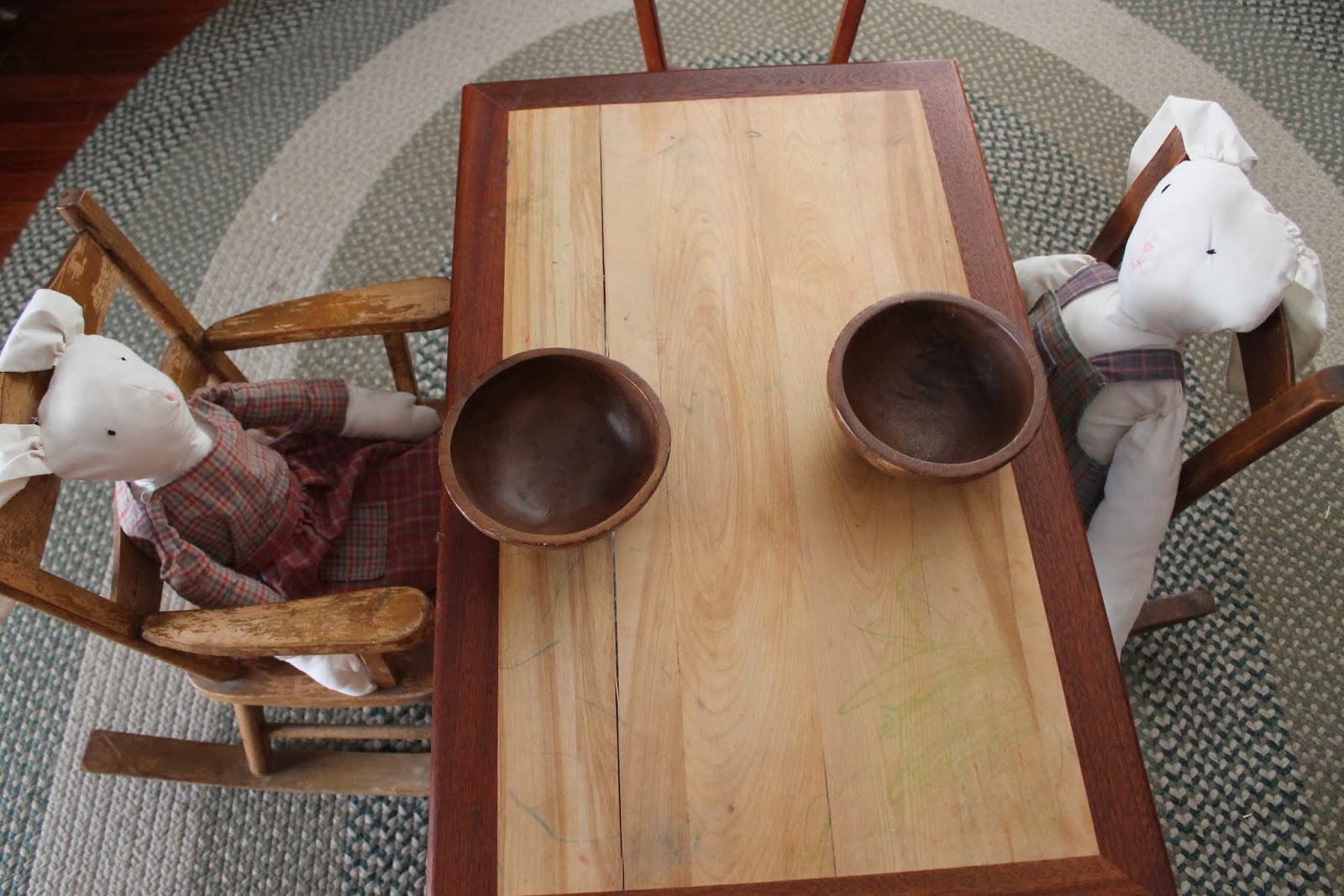 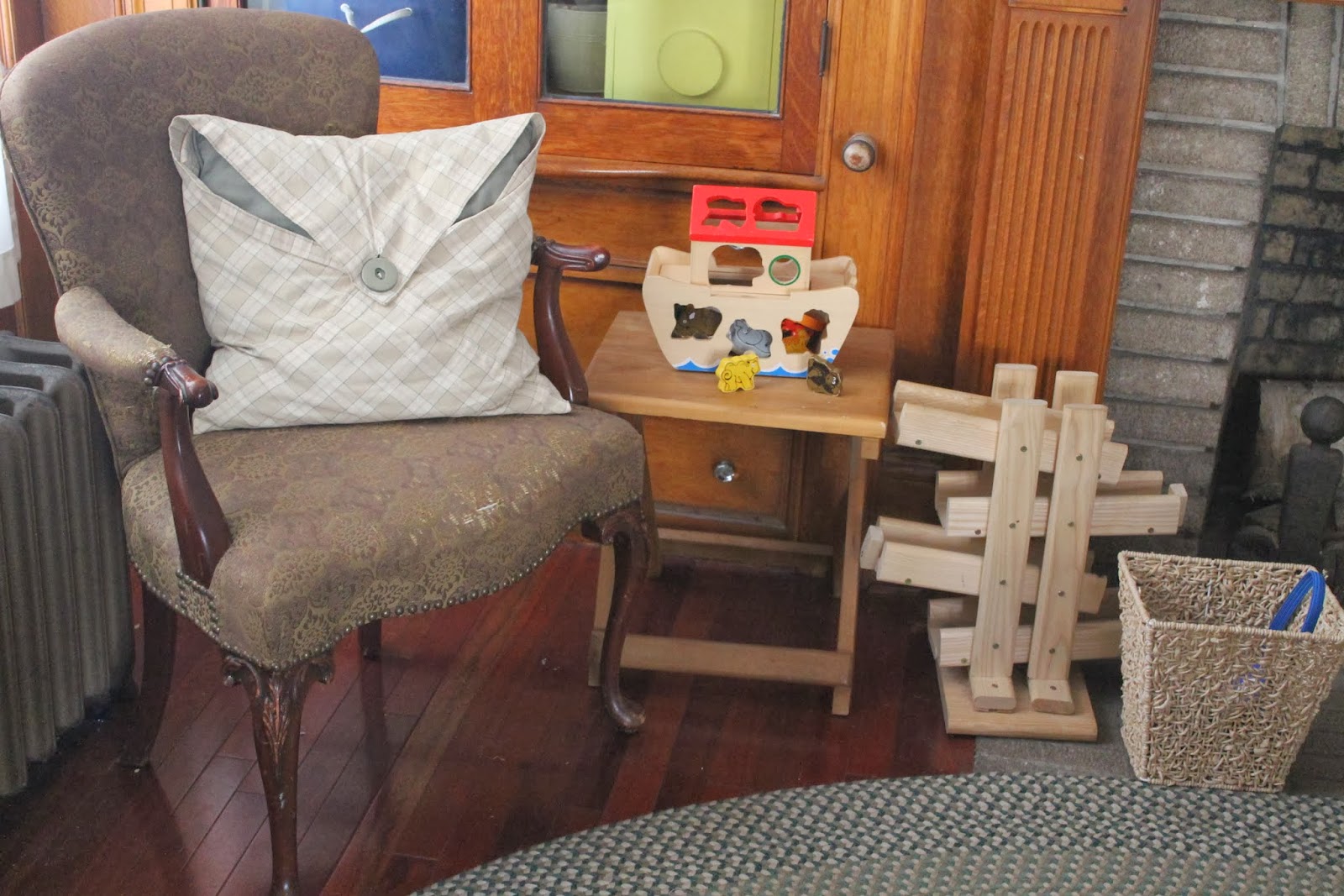 It just so happened that he napped (not a usual occurrence anymore) and she woke up early.  She had the playroom to herself. 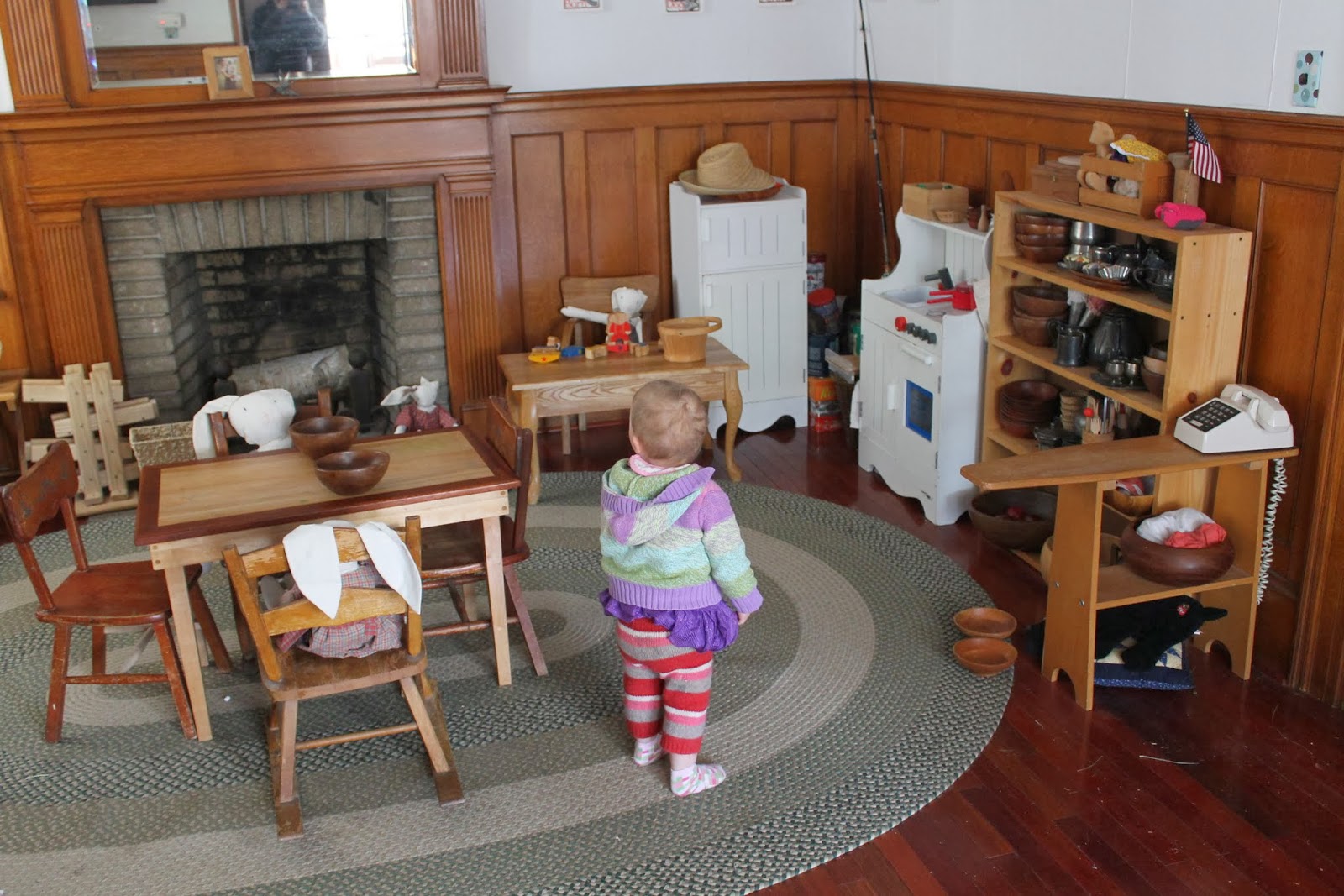 She was most excited. 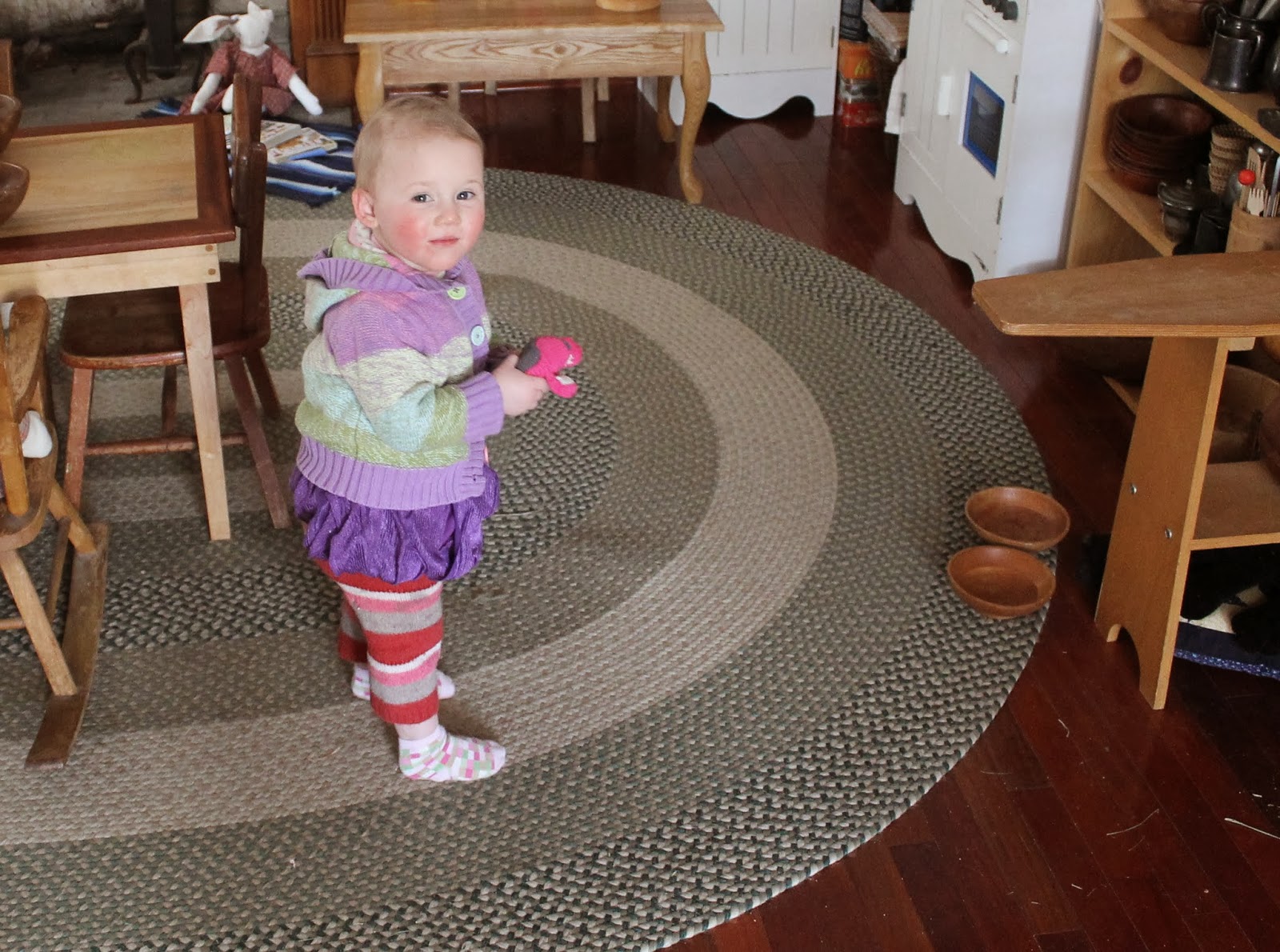 From that point forward, she filled the 'dog' water bowls. 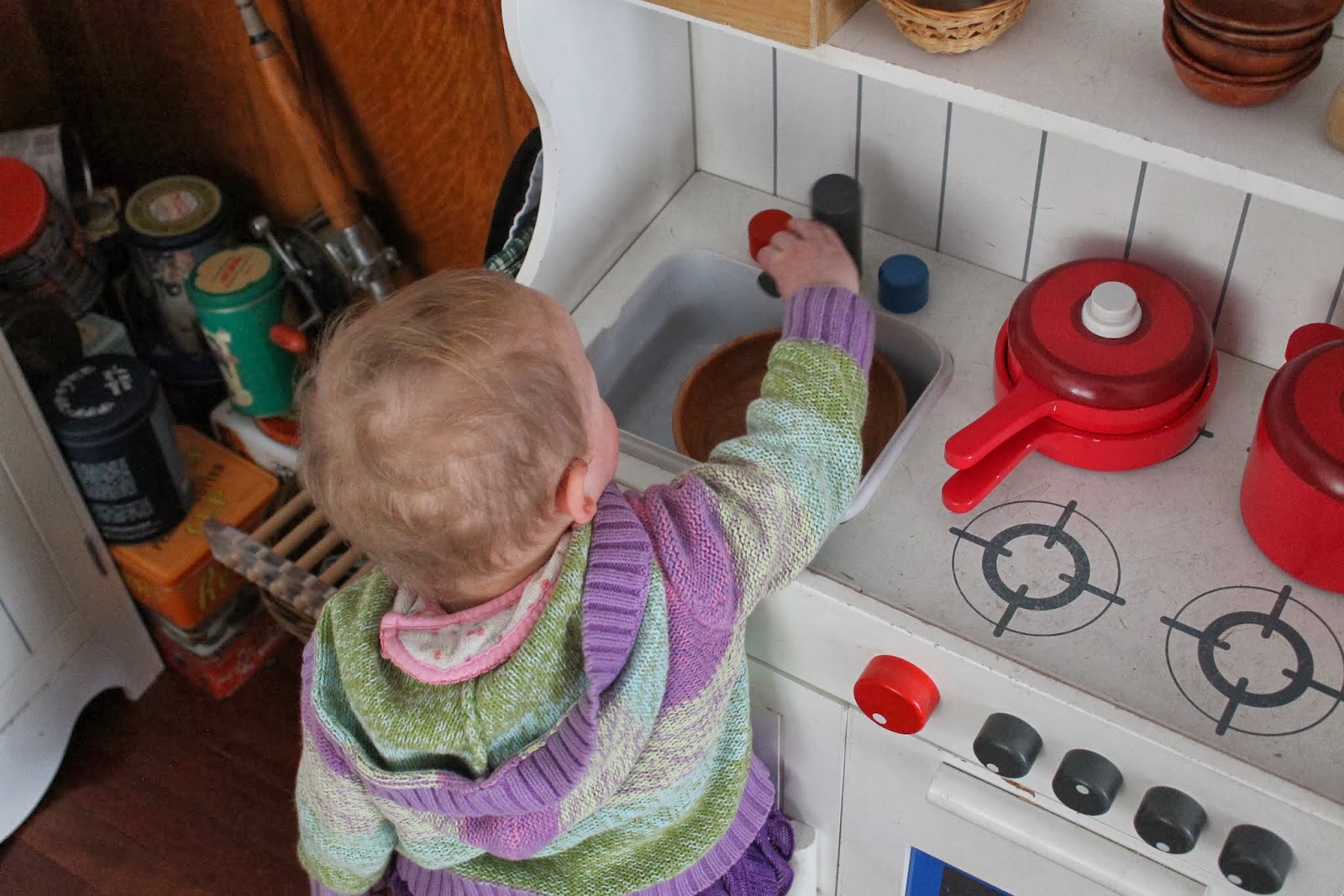 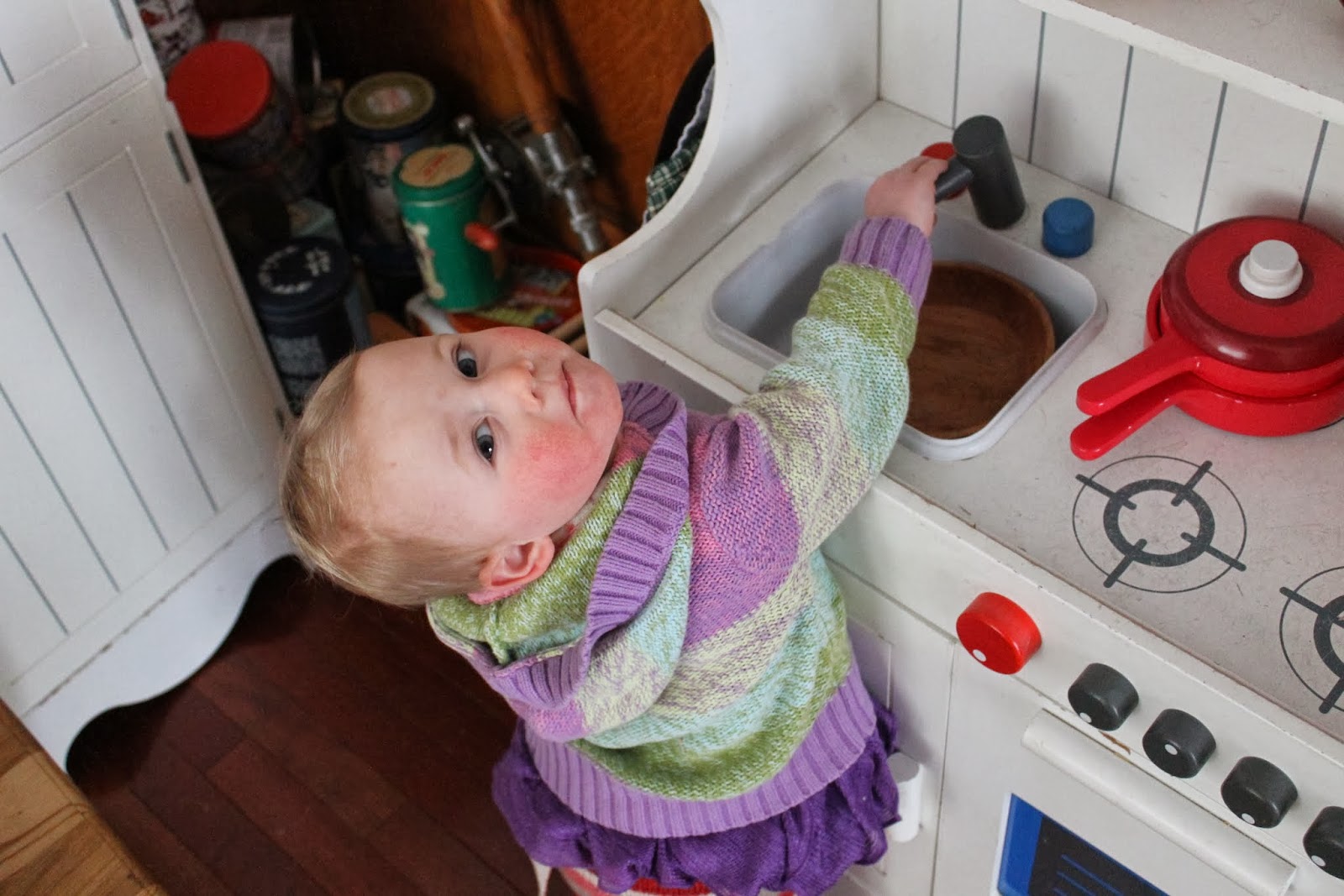 There is something being said for the 'less is more' approach. Take much of it all away, and see what they will play. I do love to watch pretend play.

She's been at kitchen play much more often lately.  And he has his elaborate county fair scene in the other room that he's hard at work building.  A farmer never rests, you see. 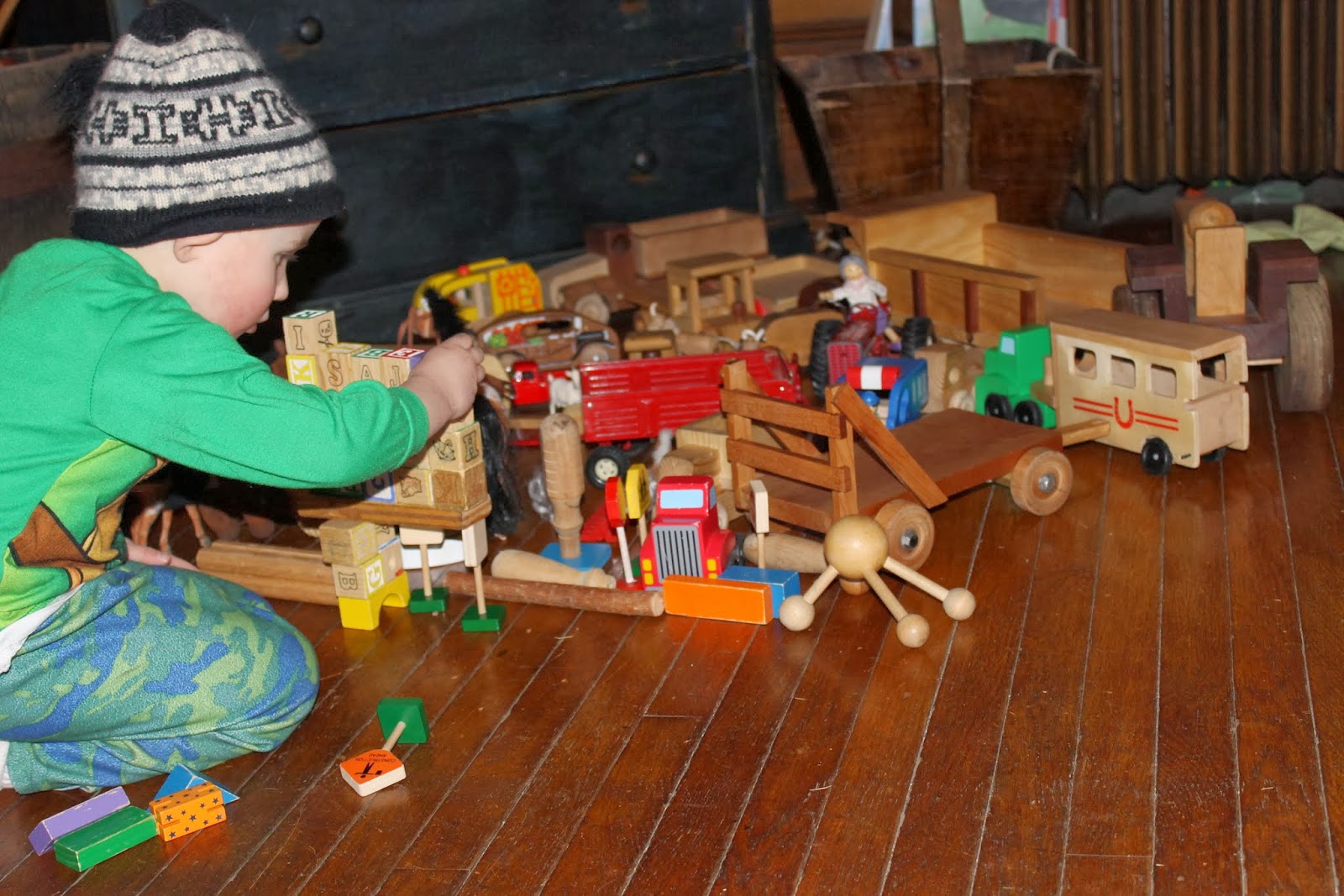 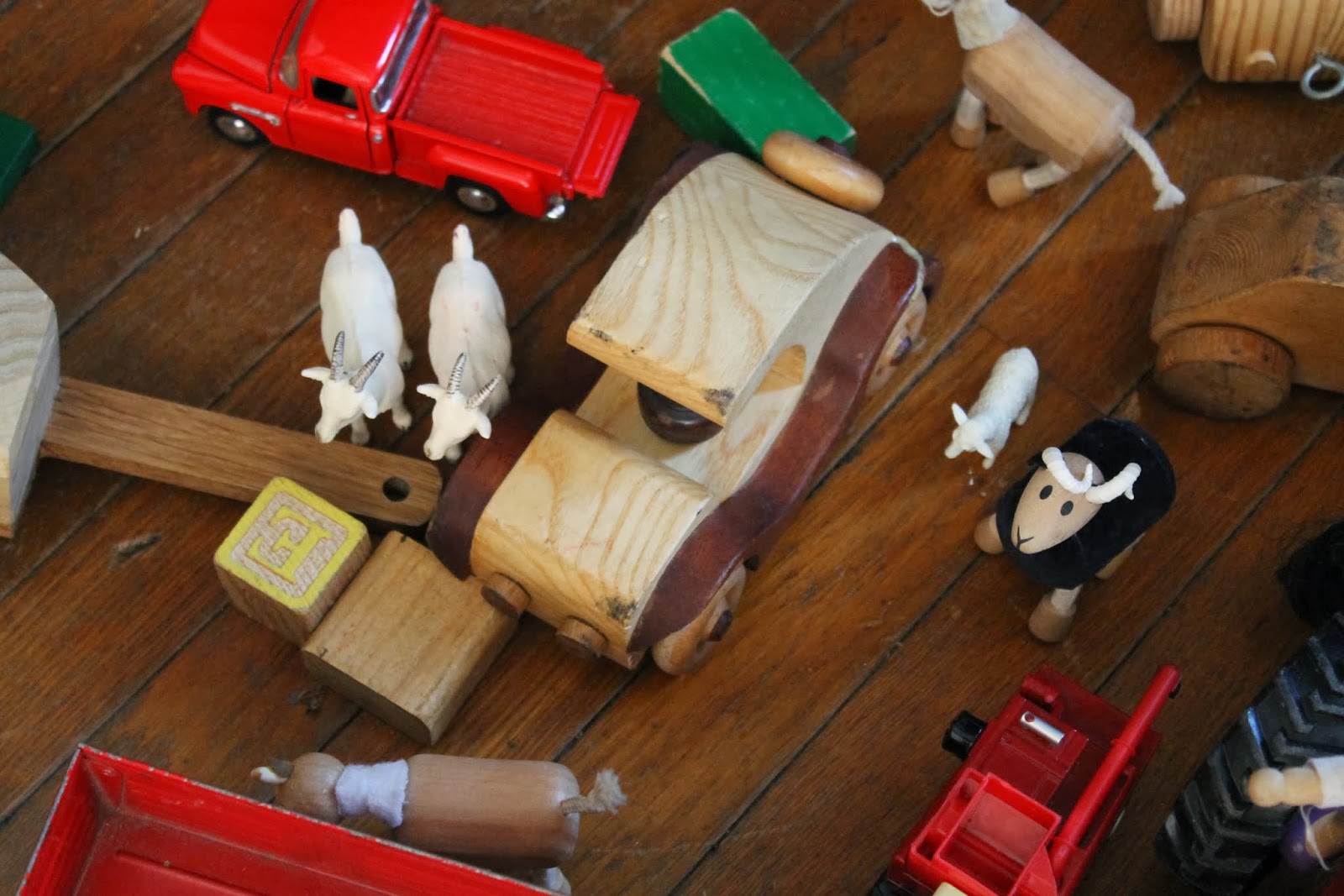 (This is the entrance, naturally). 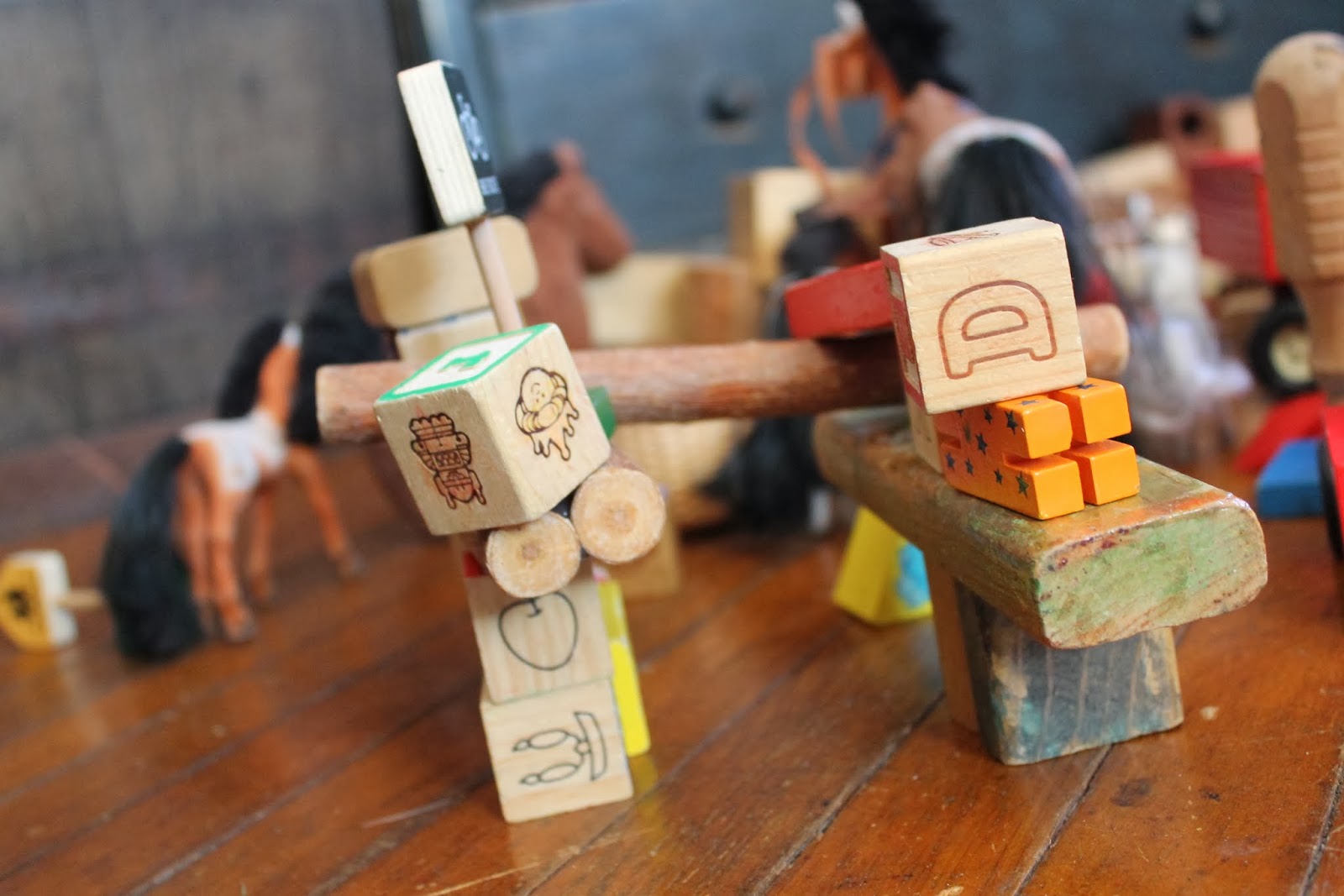 Now there's much going on at the county fair and there's a whole lot of cooking going on in the play kitchen. 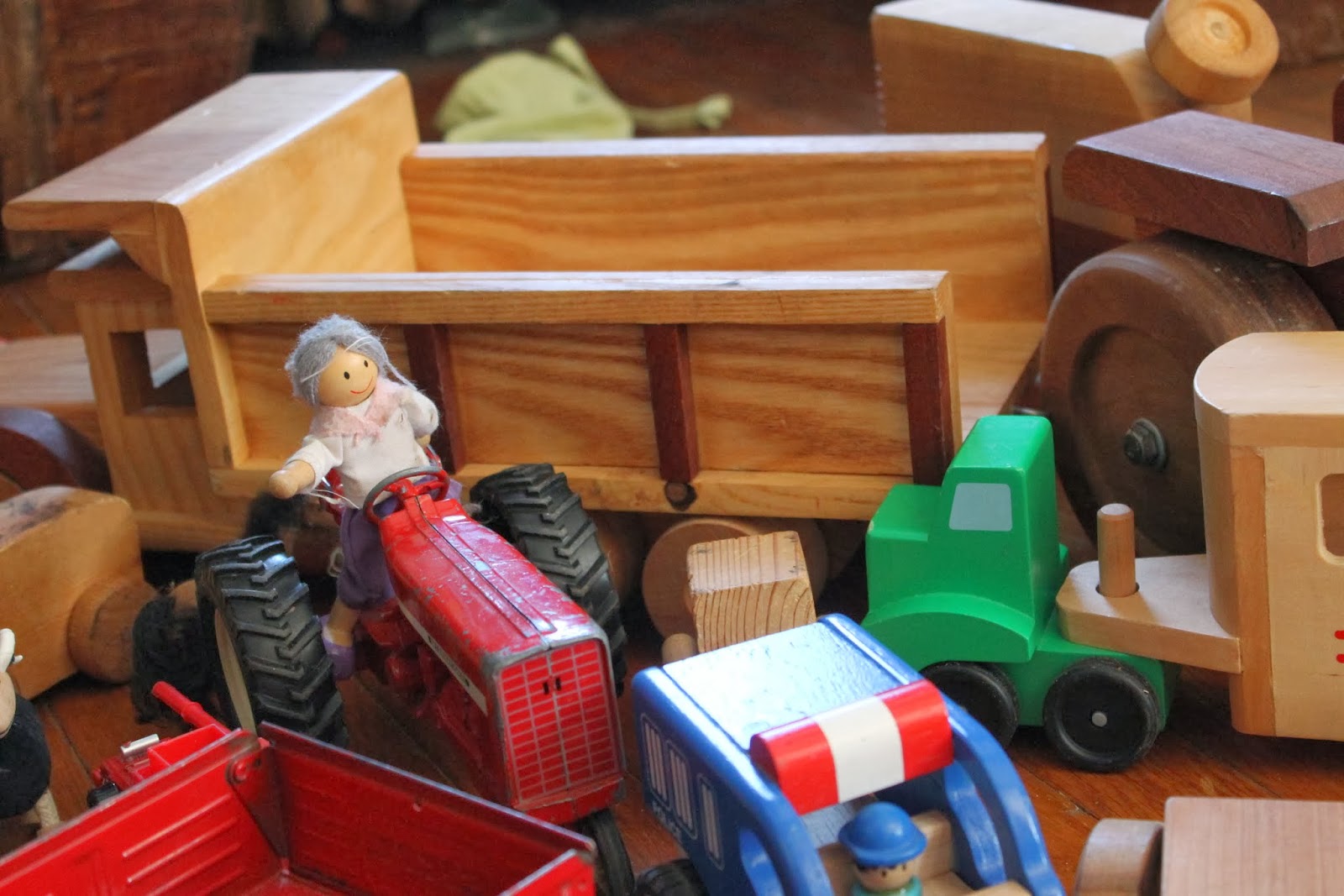 Lots of good pretend play. That's what childhood is all about. Perhaps you agree?