*I interrupt what I was going to post about (Her 10th dress of the year!), due to the first snow.*

Isn't that what happens with the first snow? Plans go out the window because of an impromptu celebration.  Really, how could we do something else when there's snowflakes to catch on our tongues?

When we first got up, it was just raining. I took care of our animals, two kids in tow. It was freezing, cold, windy, wet.  We decided it was too cold to be outside and went in.  Then about 30 minutes later, it turned to snow. "OH Mama! God listened to my prayer, it's snow!"  My 4 year old has been praying for more snow since it disappeared in April.  "Mama, I just love winter. I love snow. I love being bundled up."  And from there, he proceeded to bundle himself up to go outside. That was the beginning of his parade.  Inside to get bundled up in a new hat/mittens/coat set and outside to play.  "Mama, I have all these hats I can wear again. I just love snow!" He seriously spent the majority of the day outside. A good amount of time trying to collect enough snow to shovel. He's a helpful one.  And when he was inside? He was mostly parked by the window. "Mama, I just don't want to miss all this snow."  His sister? She licked a bunch of surfaces outside. Took her mittens off to hold the snow. Then got cold and decided she wasn't going out there again.

Two distinctly different personalities, for sure.  While the snow will not be sticking around this time around, rest assured there will be more snow. We live in Maine, afterall. 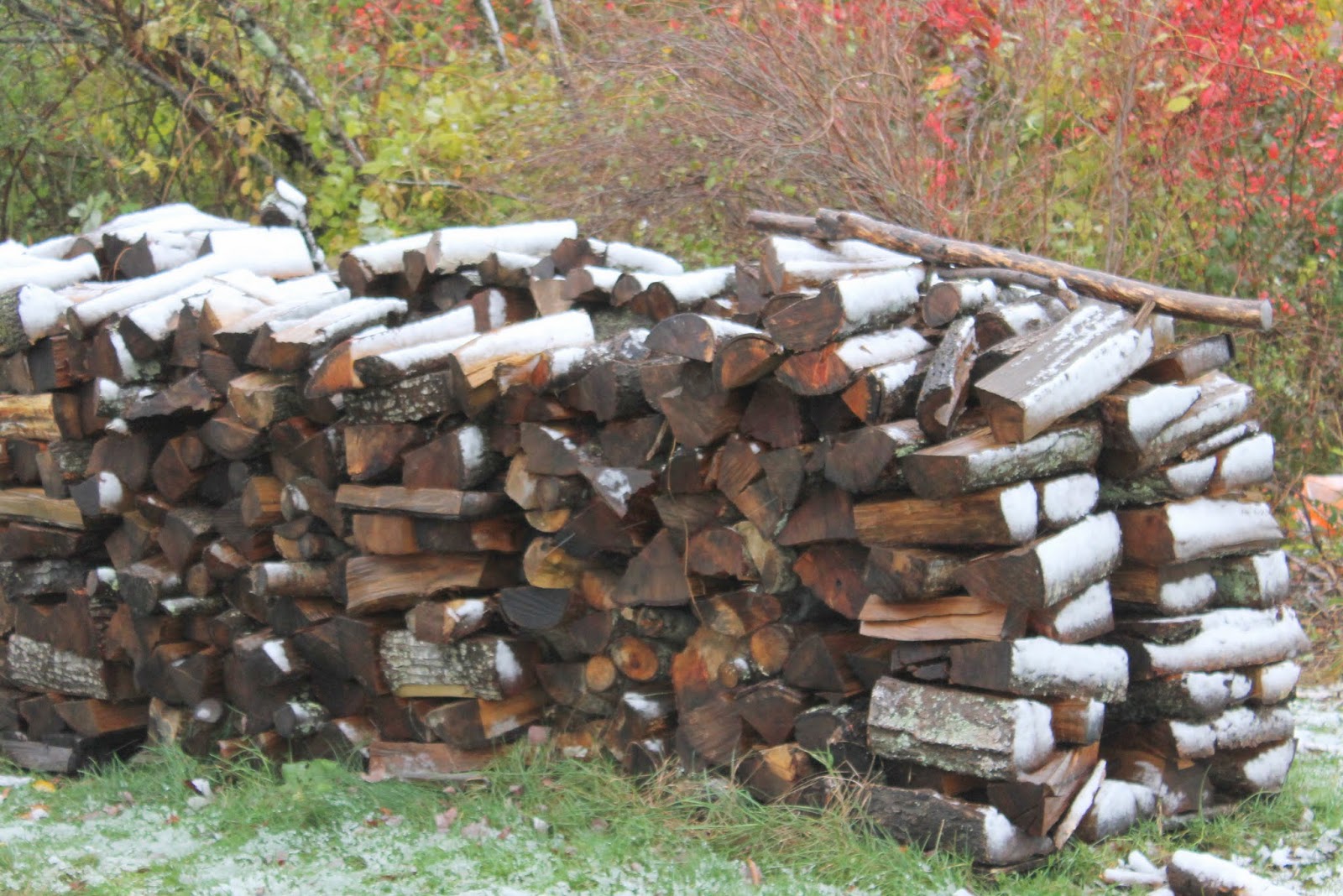 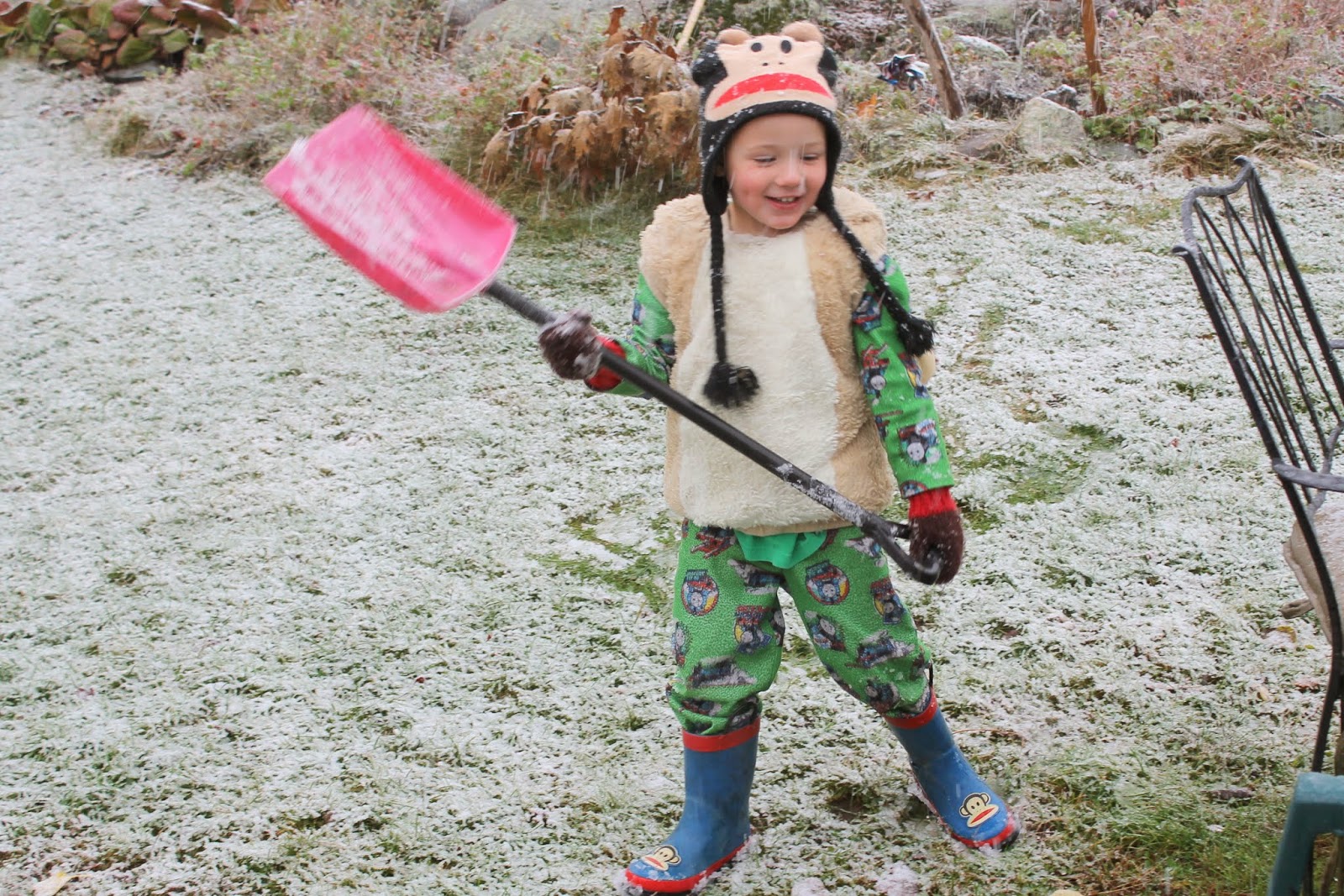 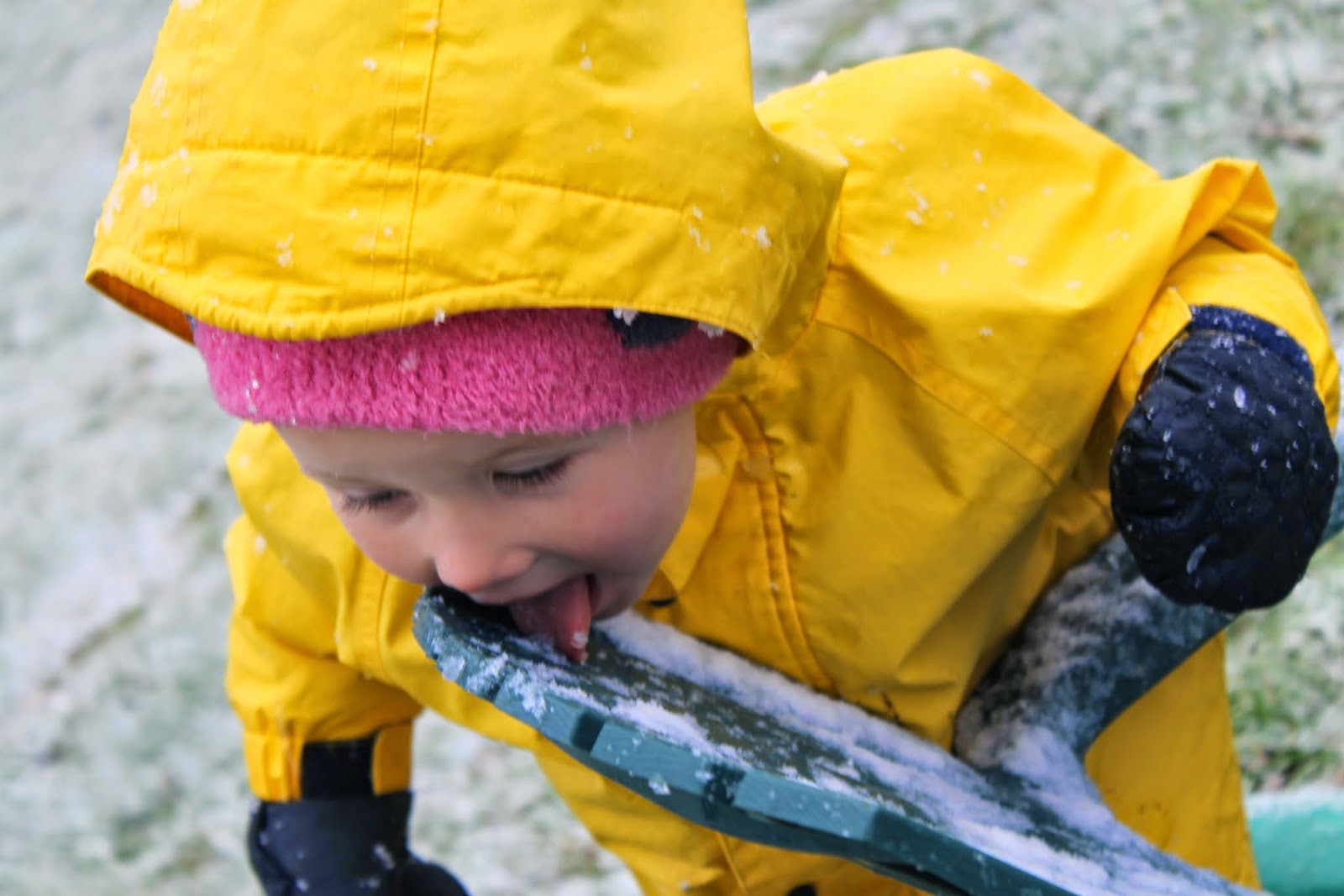 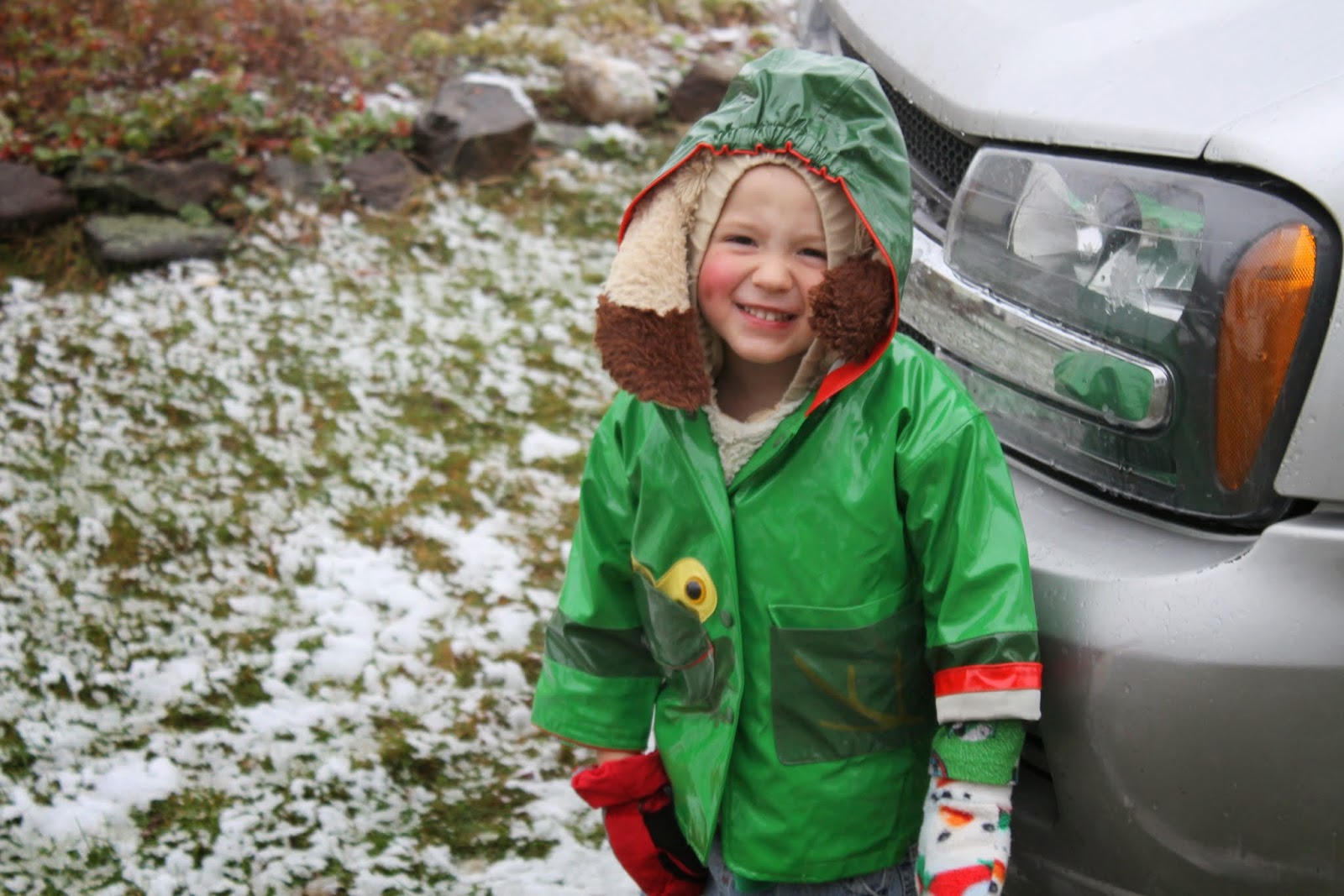 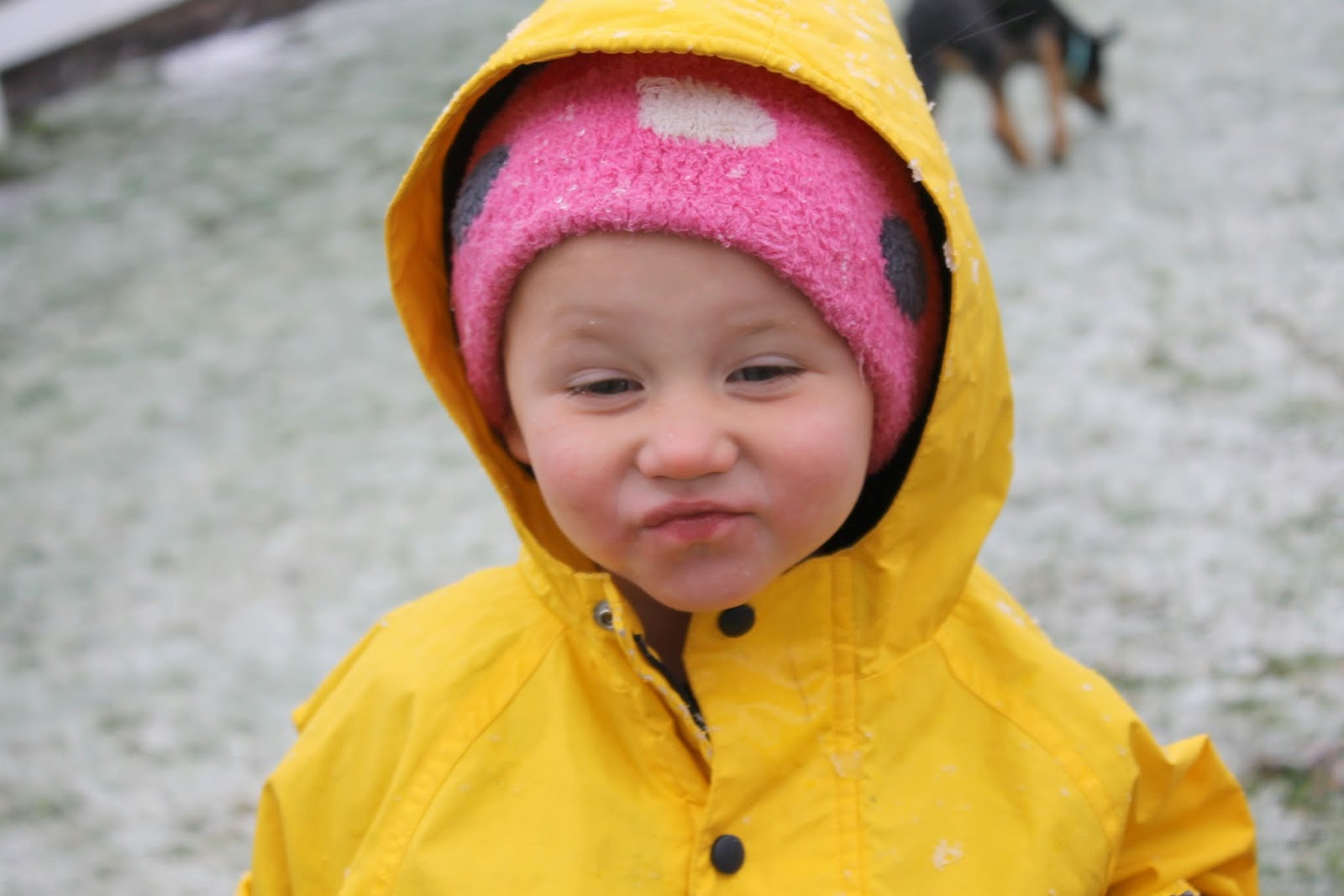 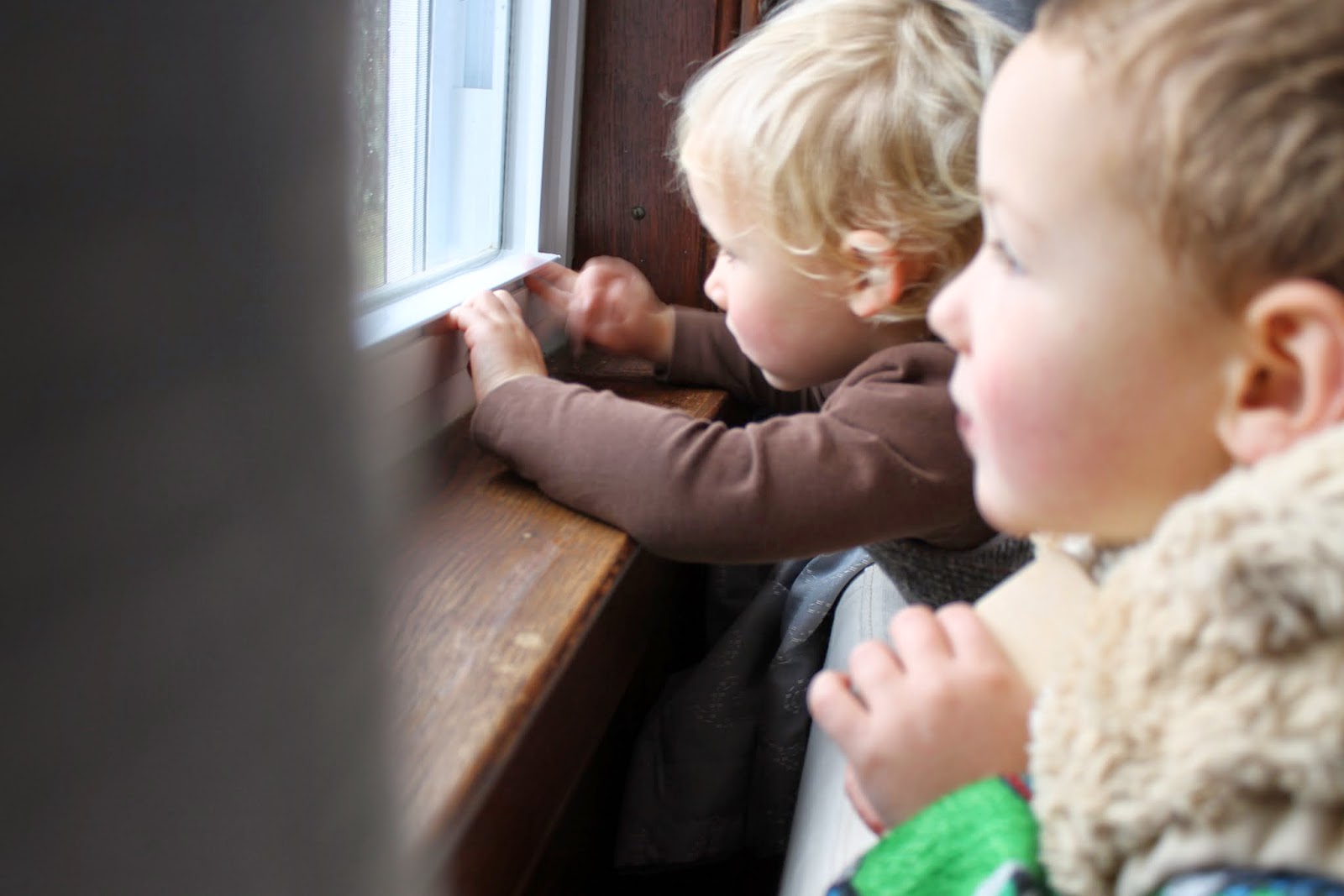 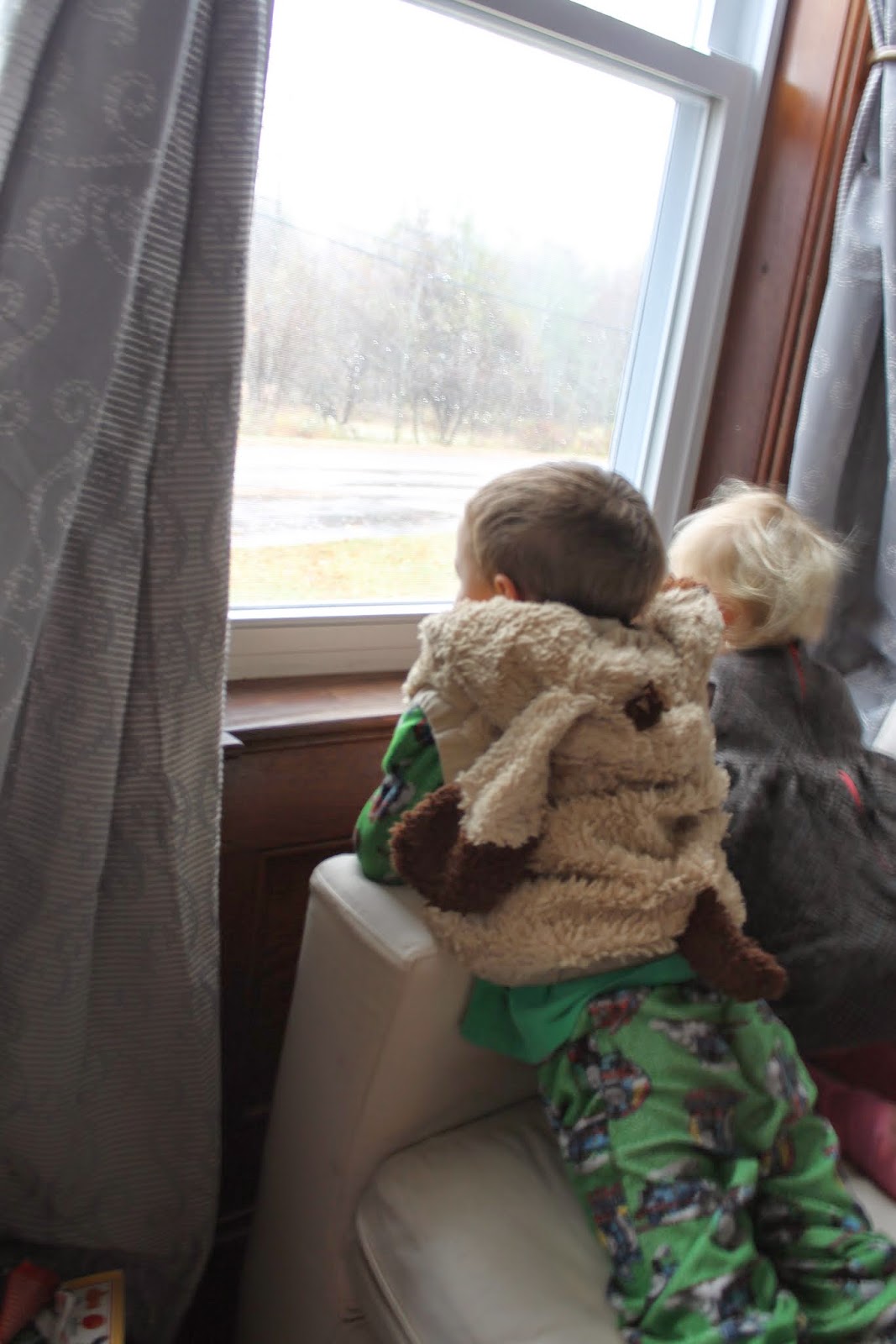