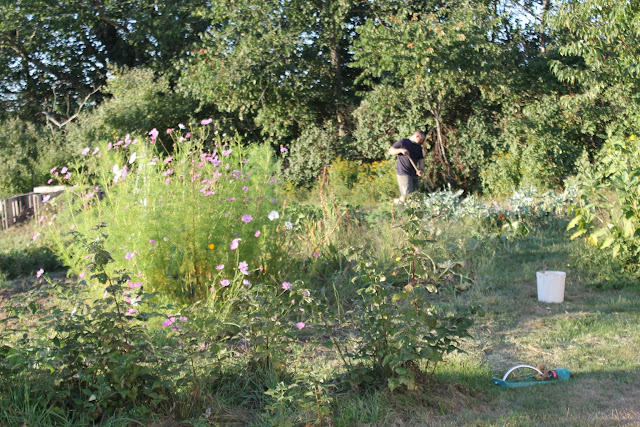 It's such a mix right now, this garden of mine.  I've been out there, starting to wind some things down. Some things are still going strong. Squash and pumpkins are all pulled up, as are zucchini, summer squash, tomatoes and half of thepotatoes now.  The rototiller has gotten a workout and I'm dropping manure by the wheelbarrow load on those bare spots.  While we've had our share of woes (mostly of the bug type this year), the yield is more than double last year, rounding out at 611 pounds of produce either gobbled up or preserved thus far. Still a bit more to come. Not bad for spending ~$40.00.  A good deal as long as you don't count the time spent. But the time spent is worth it, my kids already know so much about growing our own.

And get this... I don't think this has happened this year (although he'll correct me if I'm wrong). Someone who isn't a gardener decided to help dig potatoes.  He said it's like digging for treasure. I agree! 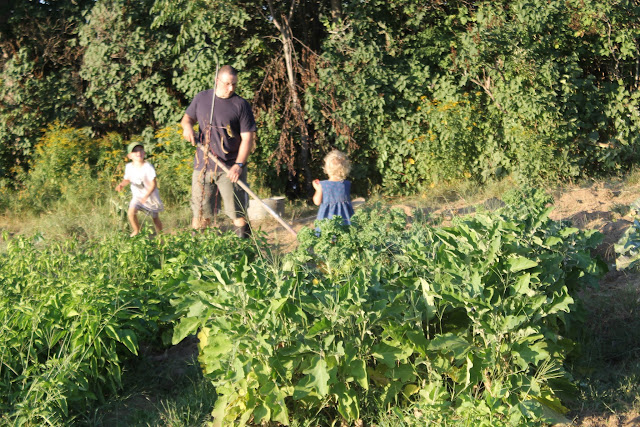 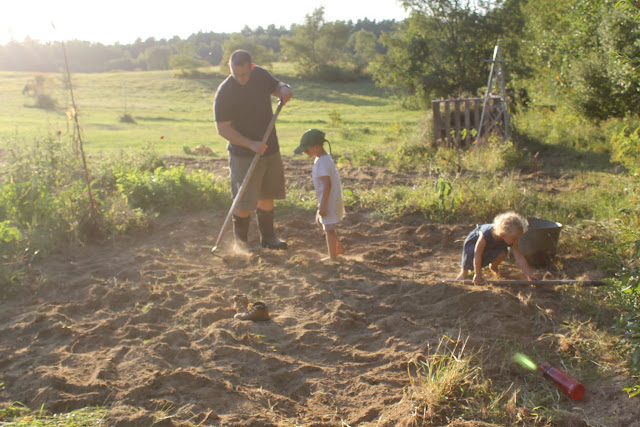 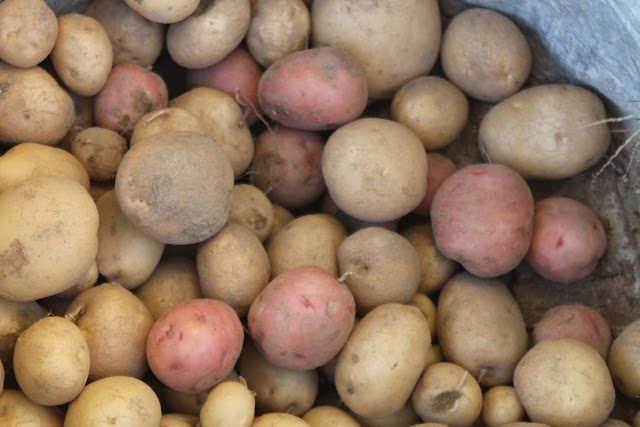 Pretty happy about these near end of growing season hauls. 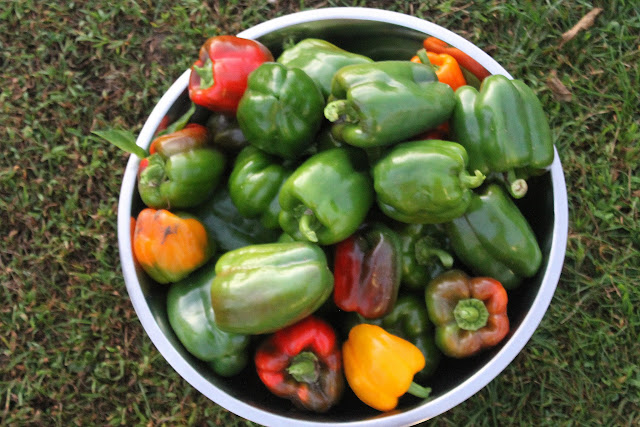 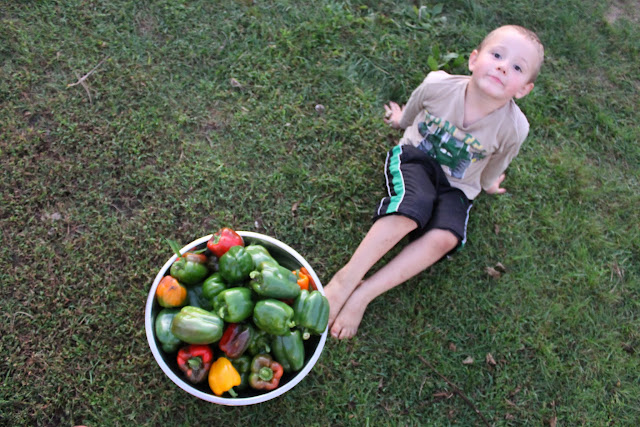 It's crazy to look at something so beautiful and think "Hey, I grew that." And then taste it and it's out of this world.  I'm thankful for this little plot of land that gave us so much this year. 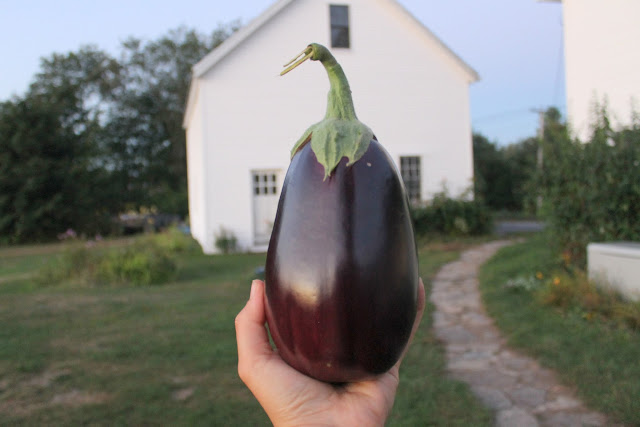